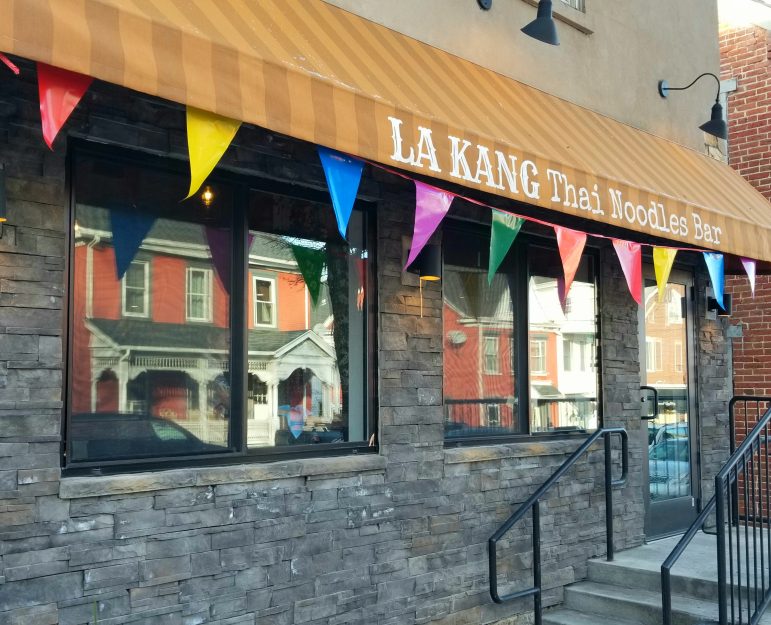 La Kang Thai Noodles Bar has opened at 620 Main Street in Hellertown. The restaurant is the first Thai eatery to operate in the borough, and many residents have expressed excitement over that. The space in which it is located was formerly a bistro.

Fans of Pad Thai, Red Curry, Kang Kang Shrimp and other exotic tastes of Thailand are beginning to visit a new Thai restaurant that has opened in downtown Hellertown.

La Kang’s opening was announced in December, and became official once the restaurant’s menu was shared on their Facebook page earlier this week.

Although it wasn’t open in time to participate in the event, La Kang’s opening comes at a fitting time, in the midst of Hellertown-Lower Saucon Winter Restaurant Week, which continues through Saturday, Jan. 22.

Nineteen establishments in the borough and Lower Saucon Township are participating in Restaurant Week, which is sponsored by the Hellertown-Lower Saucon Chamber of Commerce and offers local residents an opportunity to save while trying out new places.

A second Restaurant Week in Hellertown and Lower Saucon is held each summer.

Sadly, as one new restaurant opened its doors, another in the area closed after less than a year in business. Mama Minniti’s in Salisbury Township announced Tuesday that it would not be reopening, after the eatery was closed temporarily earlier this month.