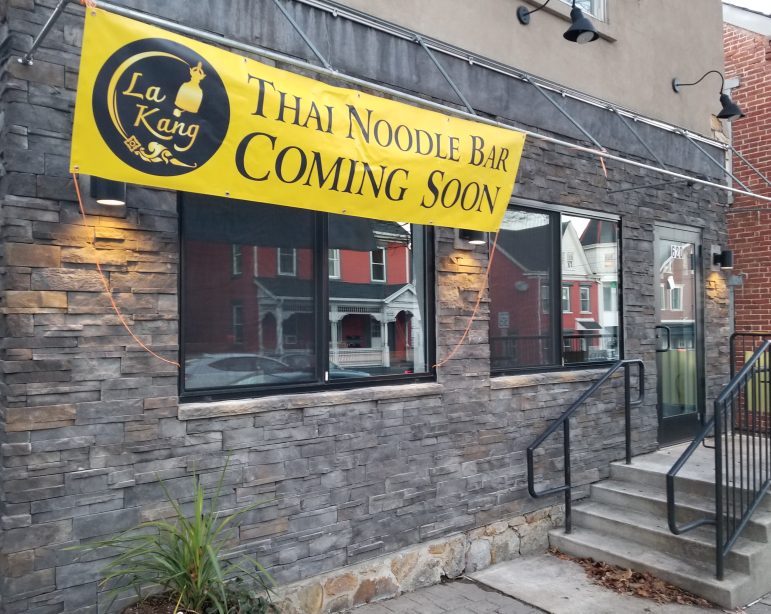 A banner hung on the front of 620 Main Street advertises the upcoming opening of a new Thai restaurant. Hellertown’s first Thai eatery, La Kang Thai Noodle Bar, is expected to open in early January. The building in which it will be located was formerly home to Sagra Bistro, which closed in the summer of 2019.

Fans of Thai cuisine and its exotic flavor profiles are looking forward to the opening of a new Thai restaurant on Main Street in Hellertown early in the new year.

The owners of La Kang Thai-French Cuisine near Easton are planning to open a second location in the former Sagra Bistro at 620 Main Street, which will be the first Thai restaurant in the borough.

Saucon Source had previously reached out to them for information about their plans, which the newspaper reported include a conversion of Sagra’s bar into the noodle bar, a renovated dining area, seating for approximately 50 guests and a menu that will feature authentic Thai cuisine, with a focus on noodle dishes such as duck leg noodle soup, sukhothai noodle soup, chicken drunken noodle, shrimp pad Thai and beef pad see ew. 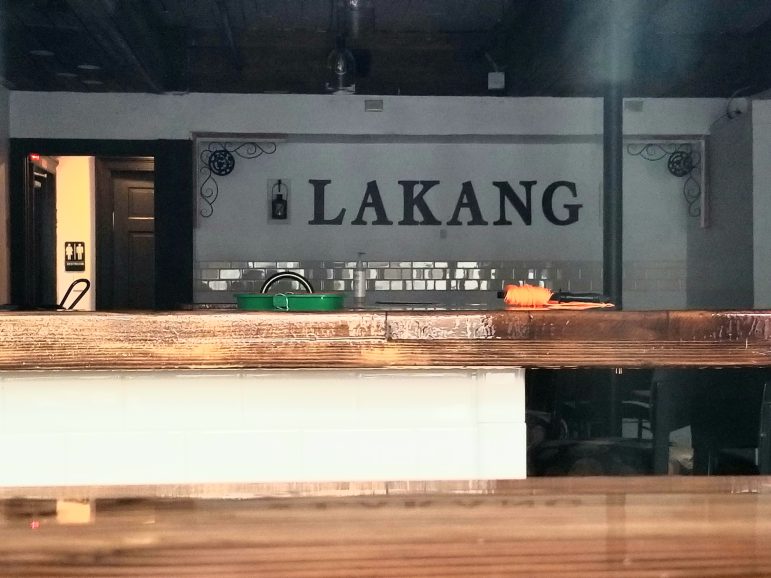 The interior of the eatery has been renovated and bears the words “La Kang” on one wall. An open noodle bar on one side of the dining room will reportedly provide guests with an opportunity to watch as their food is freshly prepared.

La Kang Thai-French Cuisine, which is located at 190 S. Greenwood Avenue in Palmer Township, opened in April 2020 and offers inside dining, takeout and delivery options.

The restaurant has received mostly positive reviews online, where it has an aggregate rating of 4.8 out of a possible 5 stars with 162 reviews on Google and a rating of 5 stars on Facebook, which is based on 67 reviews.

After a nearly 10-year run, Sagra Bistro closed its doors in August 2019 after its owner decided to relocate to another state.

The building that housed it was then listed for sale. According to Northampton County property records, it was purchased by 620 Main Street Partners LLC of Bethlehem from Univest Bank & Trust Co. in July of this year for $250,800.