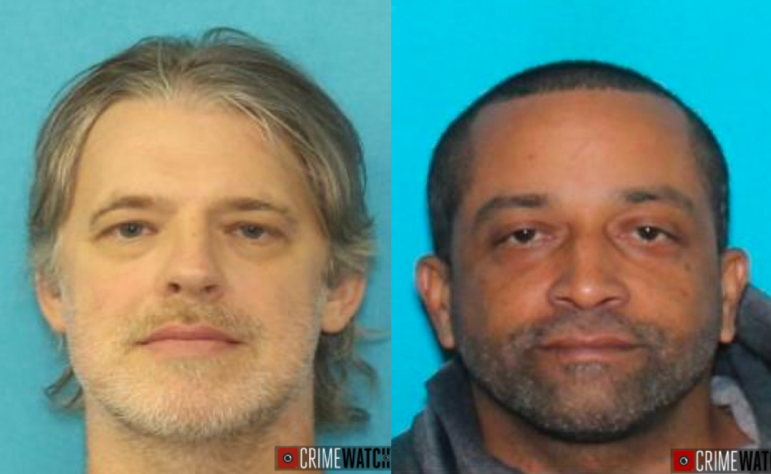 Police in Bucks County are investigating the disappearance of two men from the Perkasie area last month. Fifty-year-old Matthew James Branning, pictured above at left, was last seen at his job in Silverdale borough Oct. 15, according to police. Michael Allen Stark, pictured above at right, is a work colleague of Branning’s who disappeared the same day. The Bucks County District Attorney’s office announced Wednesday that Stark, 47, was spotted without Branning at a Detroit area pawn shop on Nov. 13, 2021. Stark is now considered a person of interest in Branning’s disappearance by Bucks County Detectives.

It’s been more than two months since anyone has heard from 50-year-old Matthew James Branning of Sellersville, and now the Bucks County District Attorney’s office is republicizing his disappearance with the hope that someone will help solve the case.

In a news release published Wednesday on Crimewatch, law enforcement officials for the first time labeled a coworker of Branning’s who disappeared from the area at the same time “a person of interest” in his disappearance.

Michael Allen Stark of Royersford worked with Branning at Enchlor Inc. in Silverdale borough, and was also last seen in that area on Oct. 15, the DA’s office said.

“At this time, investigators believe something has happened to Branning and that his co-worker is somehow involved,” the news release confirmed.

It also included a timeline of events from around the time when both men vanished.

According to that timeline, Branning was last seen leaving his job on Oct. 15, but was subsequently seen on surveillance video outside an ATM machine in Sellersville.

Police said Branning drove up to the cash machine at 4 p.m., which was when “a person…partially visible, but unidentifiable” could be seen in the back seat of his car.

“Toll and cellphone data then show Branning’s 2002 Lexus SUV traveling into central New Jersey around 5 p.m., then south into Cape May,” the release said.

Investigators said they were able to track Branning’s cell phone to the area of a Wawa in Cape May at approximately 9:08 p.m., where they said store surveillance video showed Stark making a purchase at 9:24 p.m. Branning, however, was not seen in the video.

“Since that date, there has been no activity on Branning’s cellphone, his bank account or any contact with his family,” the news release said. “Every attempt to locate his vehicle has turned up nothing.”

Bucks County District Attorney Matt Weintraub held a news conference about the case Wednesday, at which he said Branning’s family can think of no reason for him to have traveled unexpectedly to New Jersey and that it is out of character for him not to have contacted them or his company, where he had been employed for nine years.

Although Stark, 47, is also considered missing, Weintraub’s office confirmed that he was sighted nearly a month after Branning disappeared. The news release said he was spotted on Nov. 13 at a pawn shop in Garden City, Mich., which is near Detroit.

Branning’s vehicle, which bears the Pennsylvania registration KWS-5619, has still not been located, police said.

Anyone with information regarding Matthew Branning, Michael Allen Stark or Branning’s vehicle is asked to contact Bucks County Detectives at 215-348-6056 or at www.BucksDA.org, or detectives with the Perkasie Police Department at 215-257-6876.