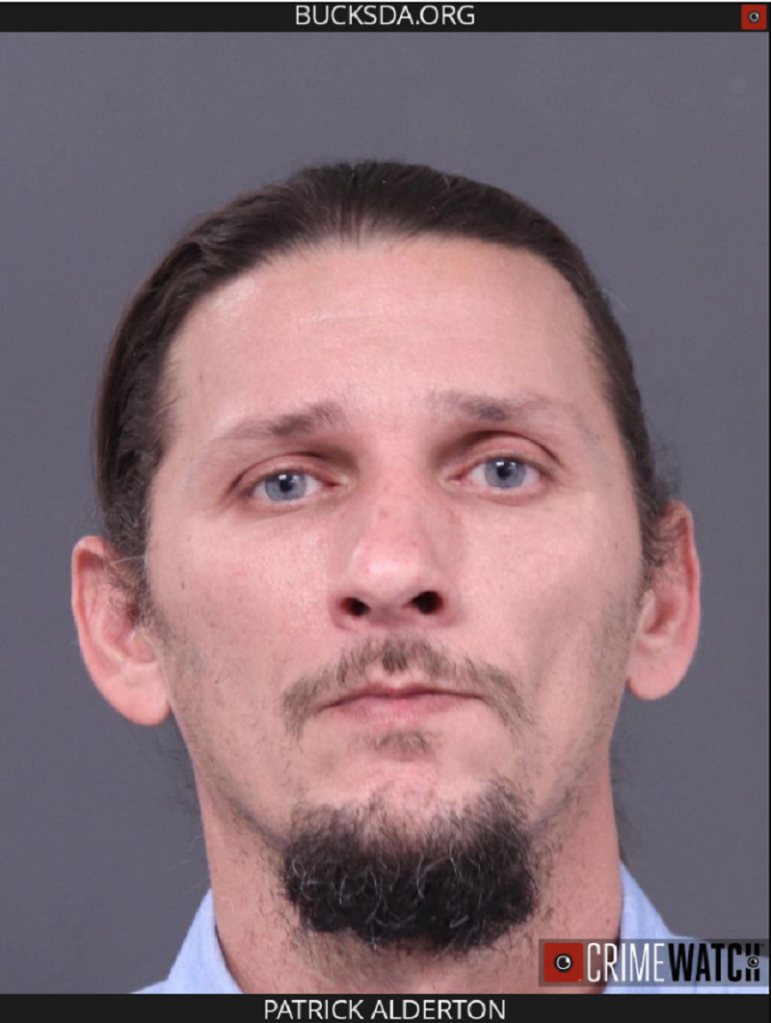 According to the Bucks County District Attorney’s office, Patrick Wayne Alderton, 46, was convicted Wednesday of stealing more than $38,000 from a disabled relative living in a Quakertown nursing home. Authorities said Alderton was a personal representative to his relative’s estate at the time of the theft. (Credit: Bucks County District Attorney’s office/Crimewatch)

A former Lehigh County resident has been convicted of stealing tens of thousands of dollars from a disabled relative in upper Bucks County.

According to a Bucks County District Attorney’s office news release, 46-year-old Patrick Wayne Alderton, formerly of Whitehall, was found guilty Wednesday of theft by failure to make required disposition of funds received, theft by unlawful taking, unlawful use of a computer and other computer crimes, receiving stolen property and misapplication of entrusted property in a case in which he created dummy invoices to conceal his thefts.

The investigation into Alderton began in October 2020, authorities said, after Bucks County detectives received information about the alleged misappropriation of funds during a guardianship case being heard in the Bucks County Court of Common Pleas.

Alderton was then the “personal representative of a relative’s estate,” police said, adding that the relative was living in a Quakertown nursing facility and “had been deemed a totally incapacitated person” in a decree signed by a Common Pleas court judge.

The relative had inherited more than $88,000 and during an accounting of her finances by her court-appointed guardian, money was found to be missing, the news release said.

A subsequent investigation by Bucks County detectives determined that Alderton had spent approximately $38,600 of his relative’s estate on expenses unrelated to her care. Out of that amount, $29,000 was used to pay rent on Alderton’s former Whitehall home, the DA’s office said. The district attorney’s office said it was also discovered that Alderton had created phony invoices “to make it appear as if it was used for legitimate purposes.”

The case against Alderton was prosecuted by Assistant District Attorney Jose Perez.