An Upper Bucks County woman who went missing from her home in Springfield Township back in January has been found dead, according to Pennsylvania State Police at Dublin. 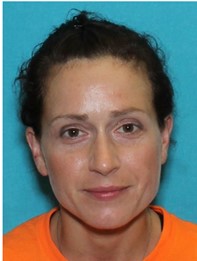 Avery Moorhead Berry, 34, went missing from her home on Oak Lane in Springfield Township, Bucks County, on Saturday, Jan. 19. State police at Dublin announced this week that her body was found May 27 by a property owner cutting grass along Old Bethlehem Road in Haycock Township, Bucks County.

Lehigh Valley Live reported Friday that police have confirmed that the body of Avery Moorhead Berry, 34, was found Monday by a property owner who was cutting grass for the first time this season along Old Bethlehem Road in Haycock Township, several miles from where she lived.

Police have said there is no danger to the public, and the Bucks County Coroner did not immediately answer a request for more information about the cause and manner of Berry’s death, the news site reported.

Berry disappeared from her home at 1395 Oak Lane on Jan. 19. She lived in a rural area about a mile southeast of Pleasant Valley, and police said at the time of her disappearance that she was known to frequent Lake Nockamixon State Park and Lake Towhee Park, both of which are located nearby.

A cash reward for information about Berry’s whereabouts was offered through the Pennsylvania Crimestoppers program, and anyone with tips about her disappearance was directed to contact state police at Dublin.