On Tuesday, June 2, voters all across Pennsylvania will participate in the 2020 primary elections, deciding who will be on the ballot in November’s general election. In addition to the presidential race, whose two major contenders have been all but decided, PA voters will choose among nominees for the PA US House District 7 congressional seat, state offices such as Attorney General, Auditor General and Treasurer, and all PA state representatives. 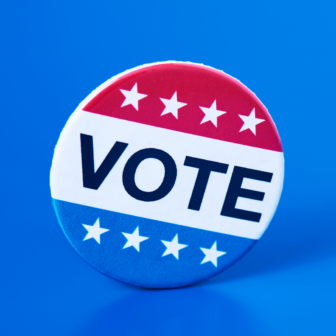 With a new Pennsylvania law allowing “no excuse necessary” mail-in balloting for the first time this year, while it is too late to request one for the primary, they can still be returned either by mail or directly to the Northampton County Courthouse’s lobby at 669 Washington St. in Easton. Please note that these ballots must be received by the Northampton County Office of Elections by 8 p.m. on Election Day, so any that are not mailed by Saturday may not be received in time to count. Also, if a voter has lost a mail-in ballot, or has requested one and simply forgotten to mail it in, they can still visit their usual polling place and request a provisional ballot.

Biographical information contained herein was mostly compiled with the help of the League of Women Voters’ 2020 Voters’ Guide, Ballotpedia and candidates’ own respective websites (linked within).

With the 2020 presidential race’s major contestants all but decided, voters might be surprised to see additional names on their respective ballots. Sanders, Gabbard and Weld all withdrew from the contest after PA’s ballot was finalized, and De La Fuente is not considered to be a serious contender to unseat incumbent Donald J. Trump for the Republican nomination.

Both contenders for the PA Attorney General’s race will run unopposed in this year’s primary. A Montgomery County native, incumbent Shapiro has been AG since 2016, when he bested Republican nominee John Rafferty Jr. Heidelbaugh is a trial lawyer from the Pittsburgh area with over 35 years of courtroom experience.

Registered Democrats will see a crowded ballot for the PA Auditor General’s office, with six candidates obtaining enough petition signatures to qualify, while the Republicans have essentially already decided their candidate in Defoor. Davis is the most local of the candidates, calling Monroe County her home, but nearly the entire state is represented between the seven Democrats seeking their party’s nomination.

Both candidates will run unopposed in this year’s primary, as the incumbent Torsella will be challenged by Garrity in the fall. Torsella, a resident of Montgomery County, has served as PA’s Treasurer since 2016, when he bested Republican Otto Voit III. Garrity hails from Bradford County and is a veteran of the U.S. Army Reserve who served three tours of duty in Iraq.

Democrat Susan Wild of South Whitehall Township is the incumbent. Wild defeated Republican Marty Nothstein in 2018 to represent what was the old PA US House District 15, a seat previously held by Charlie Dent for over a decade. With redistricting in 2018, the new PA District 7 was formed, covering all of Lehigh and Northampton counties as well as the southernmost tip of Monroe. Wild will run unopposed June 2, however, vying to challenge her in November as Republicans are Dean Browning, who also resides in South Whitehall Township (and very narrowly lost the GOP nod in 2018 to Nothstein) and Lisa Scheller of Allentown, who is the former chairperson of the Lehigh County Board of Commissioners.

Kevin Branco of Upper Saucon Township, who owns Main Street Gym in Hellertown, will be the lone Democrat vying for the seat that has been occupied since 2011 by the departing Justin Simmons, a Republican from Upper Saucon Township who announced in December that he would not seek re-election for a sixth term. He will be challenged by one of four Republicans: Nathan Brown of Emmaus, a project manager who has been on the Lehigh County Board of Commissioners since 2017; Joe Ellenberger, a Coopersburg resident who is a truck driver and currently serving his first term as a borough councilman; Pennsburg Mayor Vicki Lightcap, who is also a former president of the Upper Perkiomen School Board; and Lower Saucon Township resident Milou Mackenzie, who is a former schoolteacher in local districts as well as the owner-operator of an interior design business which once had a location on Main Street in Hellertown.

Running unopposed, the Easton resident has served two stints in the PA House, once from 1983 to 1994 and again from 1999 til today. Freeman also ran unopposed in 2018.

Note: Some polling locations, particularly in Lehigh County, have changed.

Not sure where to vote? Find your polling station by using a tool on the Pennsylvania Department of State website.

Polls will be open from 7 a.m. to 8 p.m. statewide on primary election day. Social distancing guidelines will be in place at area polling places due to the coronavirus pandemic, and voters should plan to wear face masks if they will be voting in person.