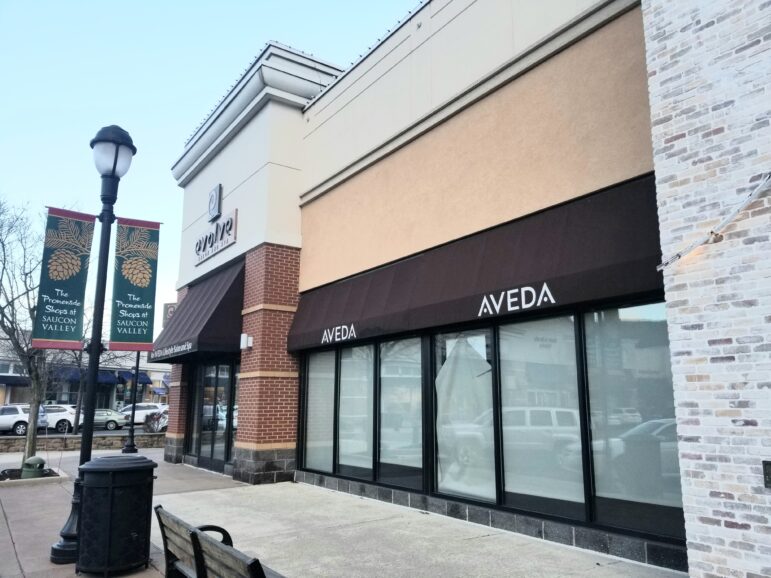 What would you like to see open where Evolve Lifestyle Salon & Spa was located in the Promenade Shops at Saucon Valley?

For years it was a popular destination for high-end hair treatments, spa services and more, but the space where Evolve Lifestyle Salon & Spa was located in the Promenade Shops at Saucon Valley is now vacant. What would you like to see open there?

Evolve was located in the Town Square area of the Upper Saucon Township lifestyle center near Starbucks, Altar’d State, American Eagle and other well-known retailers.

It is unclear when Evolve’s tenancy in the Promenade Shops ended, but in early September a post on the business’s Facebook page said its stylists were “staying busy” at a newly-opened salon on Pennsylvania Avenue in Bethlehem.

“You can still book now with your same favorite stylists at ‘Salon B Chic,'” the post said.

Another Facebook post in early November referred to Salon B Chic in Bethlehem as the “next fantastic chapter” in the evolution of the former Evolve and noted that spa services were no longer being offered in order for the focus to be “solely on hair.”

Even with Evolve’s departure from the Promenade Shops, there are still a number of beauty services-based businesses, including Hair Cuttery, European Wax Center, Diva Nails Salon, Hand & Stone Massage & Facial Spa, Lashes by Gab and the recently-opened ELITE Salons and Suites.

Last month, it was announced that an artisan ice cream shop, Batch Microcreamery, will open around the corner from where Evolve was located by the end of March.

The Promenade Shops is home to approximately 80 retail units of varying sizes. According to the Promenade Shops website’s directory, as of late January there were nearly 25 vacancies, including #610, which was the unit that housed Evolve.

The occupied spaces house everything from fashion retailers to restaurants to a multiplex movie theater.