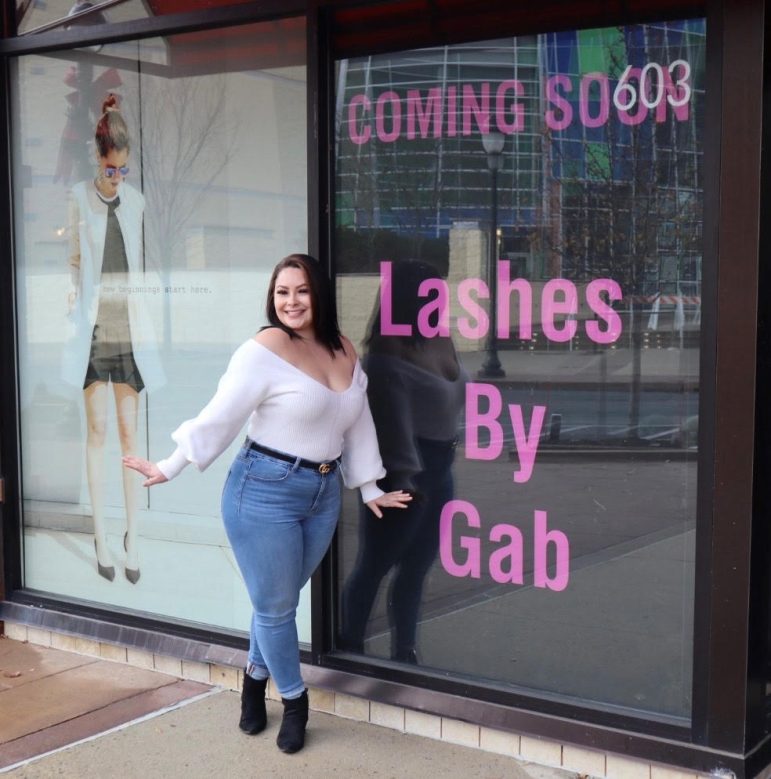 Lashes by Gab will open in Promenade Shops Suite 603–across from the movie theater–in early 2022.

The trend with many recent business openings at the Promenade Shops at Saucon Valley has been decidely beauty-focused, and that will continue with the opening of an eyelash studio in the Center Valley lifestyle center early next year.

Lashes by Gab will open in Suite 603, across from the AMC movie theater, Promenade Shops officials announced in a news release Monday.

The release said owner Gabriella Edwards developed a passion for lashes in 2017 while working alongside her mother at Gabriella’s Salon in Allentown.

In 2019, an addition was constructed at the salon, providing Gabriella space for her first Lashes by Gab location.

“In addition to providing lash services, Gabriella has since broadened her business model to include esthetician certification trainings; retail, such as lash artist supplies; and merchandise,” the news release said. “Today, Gabriella is expanding her business to include a second location in the beautiful Promenade Shops at Saucon Valley.”

“Gabriella and her team are committed to empowering women through self-care while also reminding them the importance self-love,” it added.

Over the summer, European Wax Center opened a location in the Promenade Shops, which is now home to more than half a dozen hair and beauty service providers.

The latest business to announce its departure from the retail center is home and garden retailer Plow & Hearth, which began holding a “going out of business” sale in October.

In addition to retailers, service providers and entertainment venues, the Promenade Shops is home to a number of restaurants and a grocery store, The Fresh Market.

For more information including a directory and map of the Promenade Shops, visit ThePromenadeShopsAtSauconValley.com.