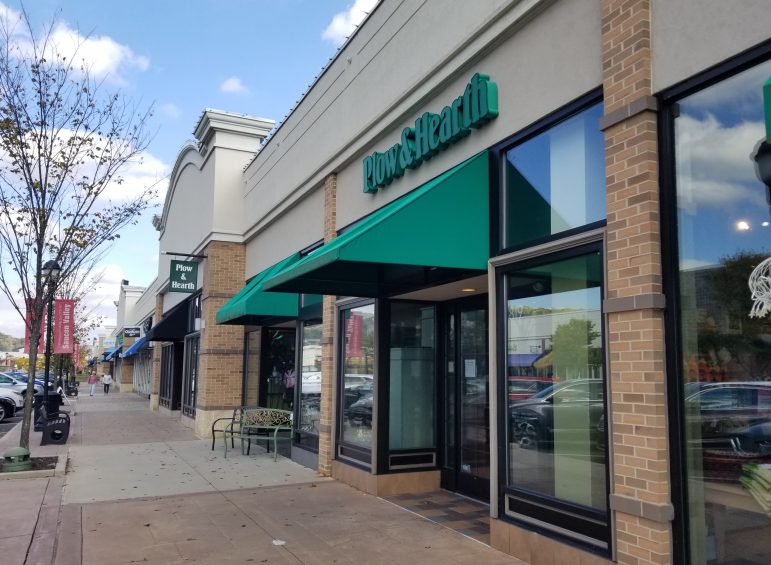 Plow & Hearth is closing its store in the Promenade Shops at Saucon Valley. The Virginia-based retailer of home furnishings and garden accessories plans to vacate the storefront it has occupied for a number of years by January, an employee said.

A retailer specializing in home furnishings, garden supplies and fireplace accessories has announced that it will close its store in the Promenade Shops at Saucon Valley.

Plow & Hearth has operated a location in the Upper Saucon Township lifestyle center for a dozen years or more. However, signs in the store’s windows began announcing the closure, which an employee said is planned for January.

It was unclear if the Virginia-based company planned to close any of its other stores.

Founded in 1980, Plow & Hearth operates stores in Delaware, Maryland, New Jersey, North Carolina, Pennsylvania, Virginia and West Virginia, according to an “Our Company” section on their website.

There are no Plow & Hearth locations in the Lehigh Valley besides the Promenade Shops store, so fans of the brand will have to travel to Chester, N.J., Moosic, Lackawanna County, or Harrisburg to shop in a Plow & Hearth once the Center Valley store closes.

Although it still has a number of vacant storefronts, the Promenade Shops has welcomed several new retailers to its portfolio this year, including European Wax Center, All Weather Selvedge Denim Co. and La Femme Boutique.

Last week, the center’s director of marketing announced that a fashion footwear store, The Extra Pair by Sole Provisions, will open a location there in mid-November.

Many U.S.-based retail chains have downsized by closing stores or gone out of business entirely since the COVID pandemic began in March 2020. The economic fallout at the brick-and-mortar level is at least partly a result of changes in consumer buying habits, with many customers now preferring to shop online for both safety and convenience.

This Wednesday will mark the 15th anniversary of the Promenade Shops at Saucon Valley’s opening, which took place on Oct. 27, 2006 and helped usher in a new era of outdoor shopping in the Lehigh Valley. 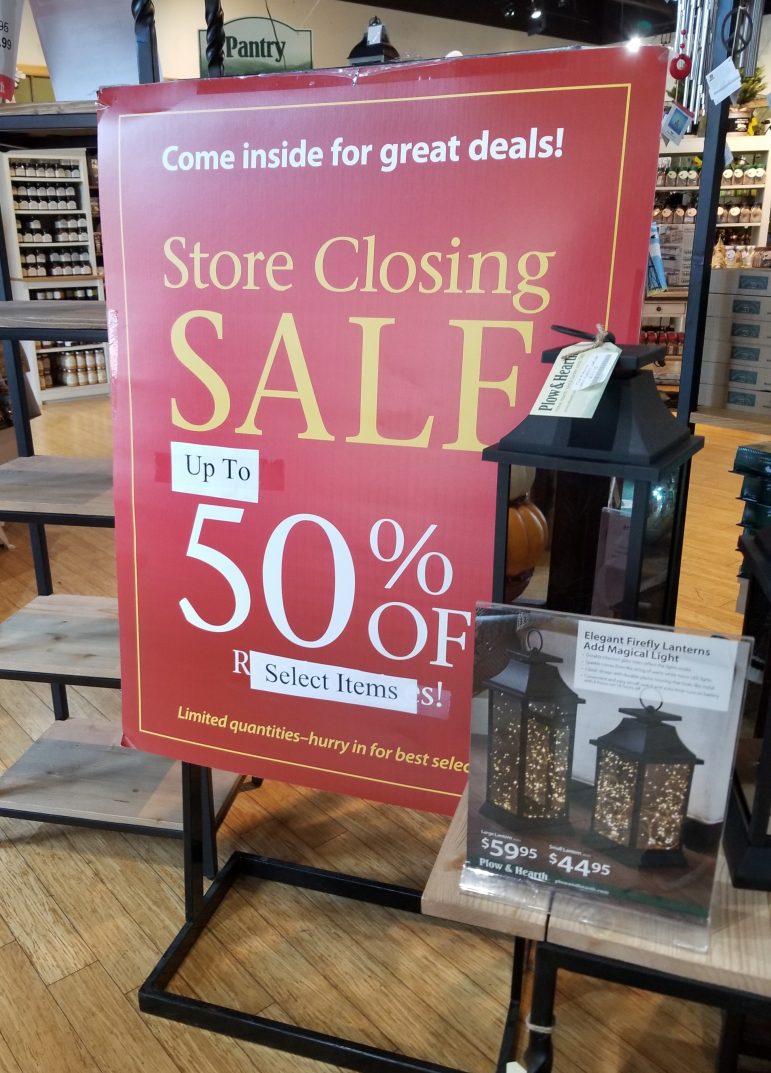 A large cardboard sign displayed near the entrance to the Plow & Hearth store in the Promenade Shops at Saucon Valley announces a “Store Closing Sale,” during which select merchandise is being discounted by up to 50 percent.