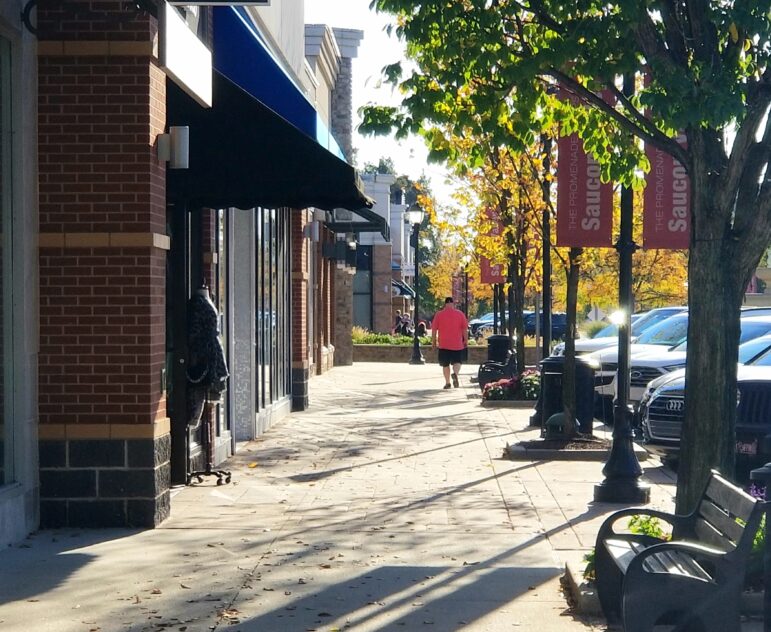 A shopper walks past empty storefronts in the Promenade Shops at Saucon Valley Thursday.

The year 2020 likely won’t be remembered as a banner year for the Promenade Shops at Saucon Valley, as the Upper Saucon Township lifestyle center has continued to lose tenants, at least in part because of the COVID-19 pandemic’s economic impact.

The pandemic shut down most of the Promenade Shops for more than two months in the spring and seemed to hasten a downward trend that began later last year, when a number of businesses in the center closed or moved. By early January, nearly one in four retail spaces in the 475,000 square-foot outdoor shopping and dining complex was empty.

At the time, general manager Melissa Napolitano said center staff were “working with several exciting concepts, and look forward to announcing additions to our tenant lineup in the coming months.” However, those announcements didn’t materialize. 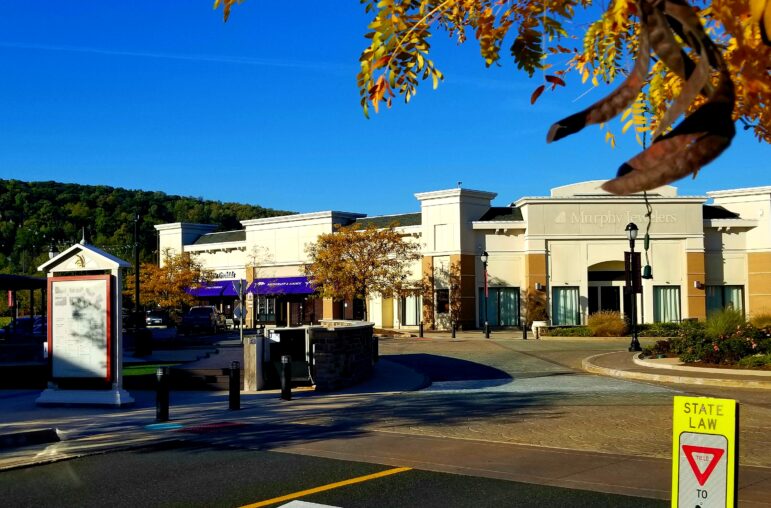 Murphy Jewelers, pictured above, at right, is one of the most recent stores to leave the Promenade Shops at Saucon Valley. The Pottsville-based jeweler relocated to the Lehigh Valley Mall in Whitehall in September.

An analysis by Saucon Source shows that not only have pre-pandemic vacancies remained unfilled since January, but other spaces have also emptied. According to an interactive business directory on the center’s website, as of Oct. 16 nearly one in three–or 25 total–of the Promenade Shops’ 79 spaces was vacant.

The stores that have gone out of business at or moved from the Promenade Shops since the COVID-19 pandemic began include:

Retailers and dining establishments that have closed or moved since late last year include Portrait Innovations, Cosi, Auntie Anne’s, Learning Express Toys and Crepe Soleil, which moved to a different location in the Poconos.

Other businesses that have closed at some point within the last year or so include AT&T | The Wireless Connection, Charming Charlie, Pandini’s and GNC. 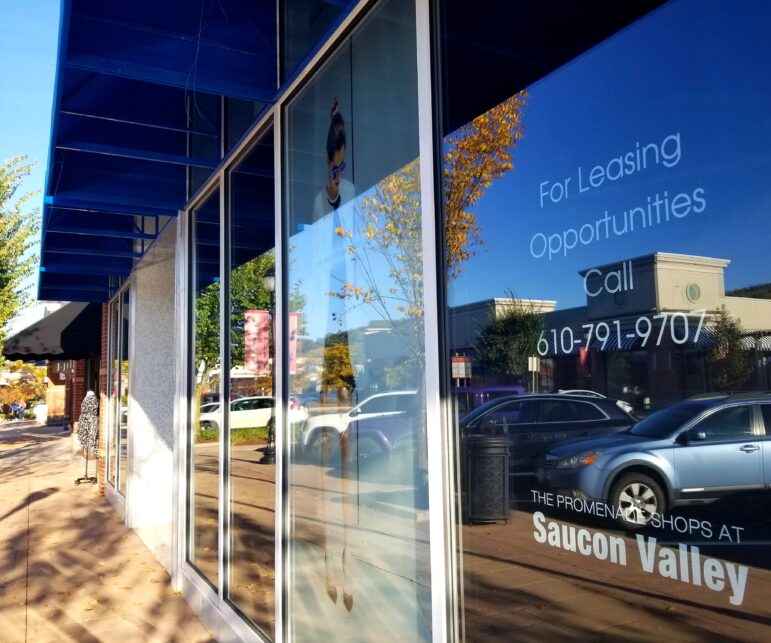 With nearly one in three storefronts now vacant, there is no shortage of available space in the Promenade Shops at Saucon Valley.

With at least 15 closings within that time period, it can be calculated that the Promenade Shops has lost nearly 20 percent of its tenants in slightly over a year.

To be sure, few new businesses have opened anywhere over the last six months due to the troublesome economic impact of the coronavirus pandemic, but in the six months prior to its start in March just two new businessess opened in the Promenade Shops: Playa Bowls, in September; and Bath & Body Works in October 2019. The women’s apparel retailer Altar’d State opened in the Promenade Shops in August 2018.

The cost to rent retail space in the Promenade Shops is undisclosed, but over the years several lawsuits filed by the center’s owners alleging that tenants violated the terms of their leases have shown that it is not insignificant. In 2015, the Promenade Shops sued the owner of the former Shula’s Steakhouse for nearly $80,000 in back rent it claimed he owed as well as $1.75 million in future rent and other fees, after he decided to move the restaurant to Allentown; part of a business plan that failed when it closed there six months after the relocation. That suit and one brought against the owner of the former Pacifico restaurant for $2.25 million in 2013 were both ultimately settled out of court. 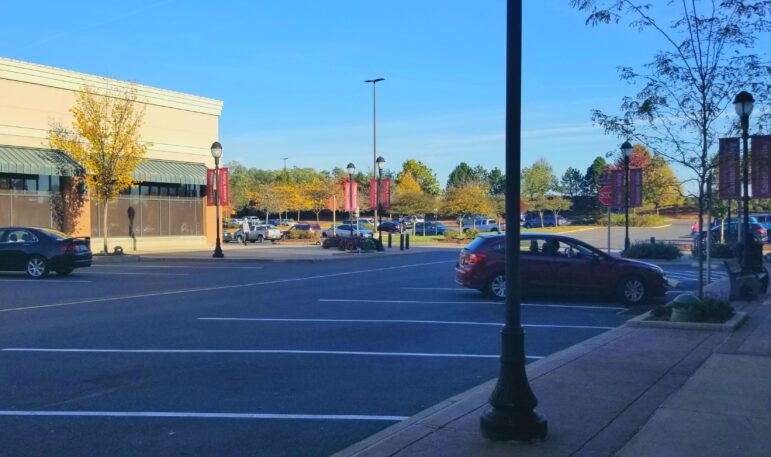 Although the weather Thursday was ideal for spending time outside, with highs in the 70s, there was plenty of available parking at the Promenade Shops. The lifestyle center is a popular destination for outdoor dining and shopping in the area.

Most restaurants and some businesses are open later, but the current hours for the center advertised on the Promenade Shops website are Monday through Saturday, 10 a.m. to 7 p.m., and Sunday, 11 a.m. to 6 p.m.

Many of the Promenade’s restaurants feature outside dining areas that are warmed by patio heaters, although as the weather continues to cool, some may close for the season. 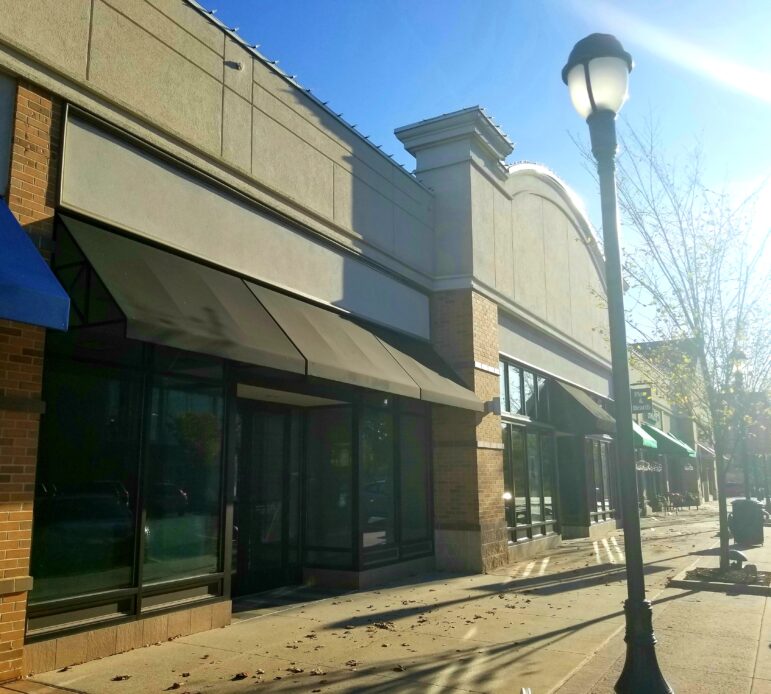 What businesses would you like to see open in the Promenade Shops at Saucon Valley?