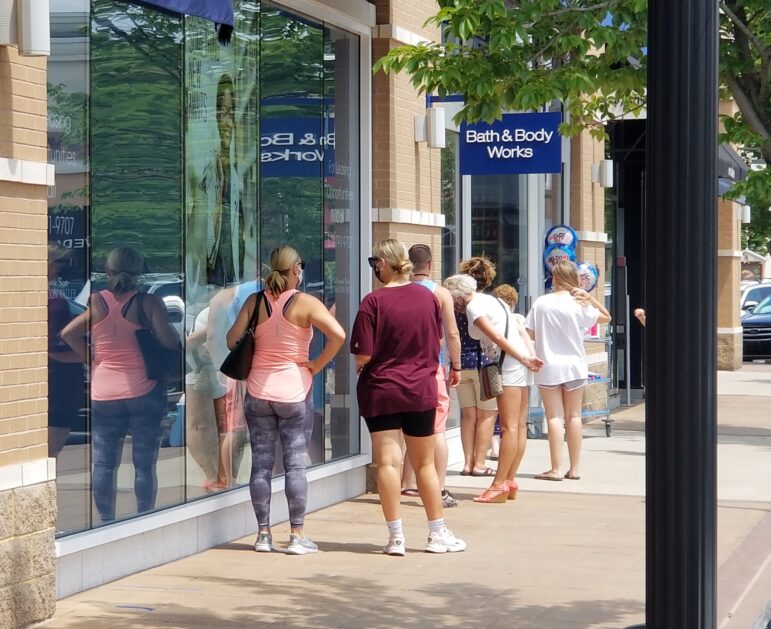 Visitors to Bath & Body Works in the Promenade Shops at Saucon Valley wait in line outside the store Saturday. Due to occupancy limits related to the COVID-19 pandemic, retailers must restrict their store’s capacities for the foreseeable future.

Note: The information in this story is current as of the date of publication, however it is subject to change. Please visit the website for the Promenade Shops at Saucon Valley for the latest information on store and restaurant openings and closings.

Although restrictions on retail and dining have eased as Pennsylvania’s economy continues to reopen during the novel coronavirus pandemic, a handful of businesses in the Promenade Shops at Saucon Valley that were open pre-pandemic remain closed.

Most retailers in the Upper Saucon Township lifestyle center closed in late March and reopened late last month when Lehigh County moved from Gov. Tom Wolf’s reopening plan’s yellow to its green phase, in which most businesses are permitted to operate inside sales with safety restrictions in place for social distancing. The use of face masks is also required at businesses and–as of July 1–outside wherever social distancing isn’t possible. 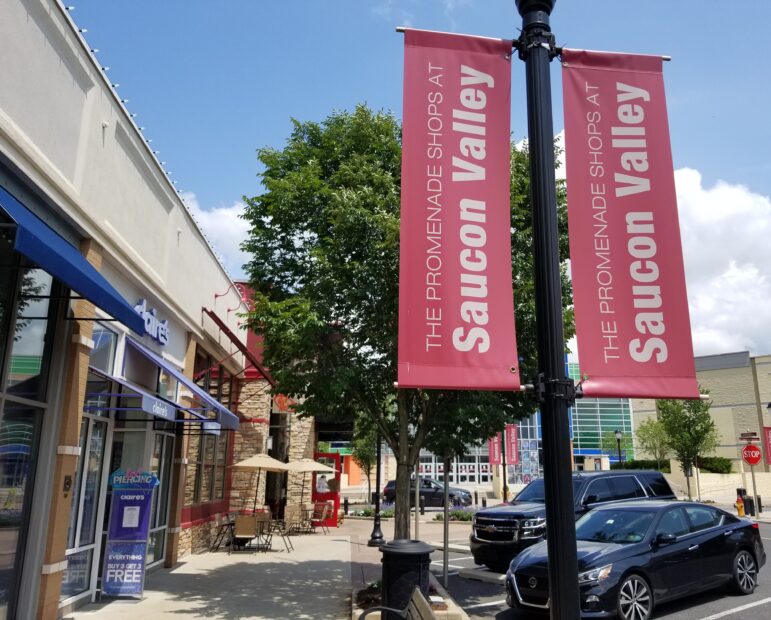 In spite of social distancing and face mask requirements, at first glance it appeared to be “business as usual” at the Promenade Shops at Saucon Valley Saturday. Most retailers offer customers hand sanitizer as they enter their stores, and fitting rooms are being regularly sanitized to help prevent the spread of COVID-19. Some businesses such as hair salons are open by appointment only.

Among the Promenade Shops businesses that remained closed as of Saturday were the movie theater AMC Center Valley 16, Zales, Brooks Brothers, New York & Company and Yankee Candle, all of which are owned by companies that have recently made headlines due to economic woes they are experiencing in the wake of the COVID-19 pandemic.

Last week it was reported by CNN and other national news outlets that Brooks Brothers has filed for bankruptcy and plans to close 50 of its 250 stores, although which locations will close has not yet been announced publicly. The Promenade Shops store is the high end men’s clothier’s only location in the Lehigh Valley area. 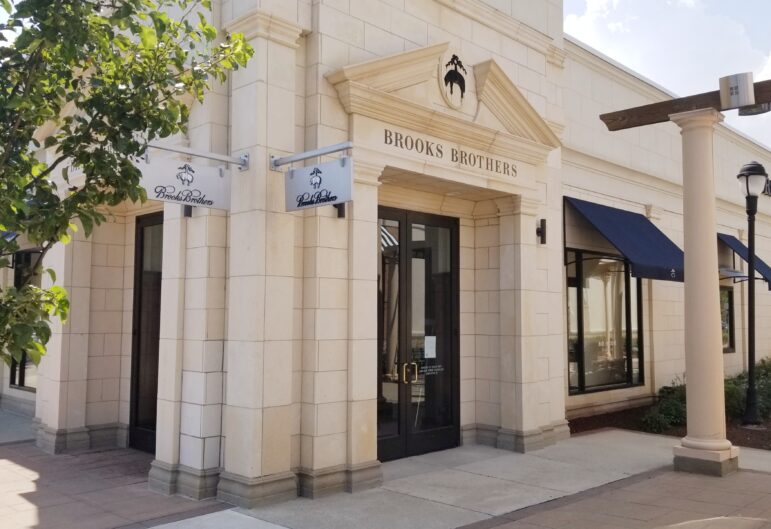 Founded in 1818, Brooks Brothers and its renowned high-end menswear have outlasted many a crisis. According to recent media reports, however, the COVID-19 pandemic has brought the company to the brink of financial ruin. After filing for bankruptcy last week, it was announced that Brooks Brothers will close dozens of its stores in order to remain solvent.

The company that owns women’s apparel chain New York & Company has been in well-publicized financial trouble since earlier this year, which makes it less surprising that its Promenade Shops store remains dark. Bloomberg reported in June that RTW Retailwinds Inc. will likely file for bankruptcy and close most if not all of its 387 stores.

The New York & Company store in the Promenade Shops was completely empty except for some undressed mannequins and other displays on Saturday.

It’s not only clothing retailers who are reeling from the economic impact of several months’ worth of drastically reduced sales, however. 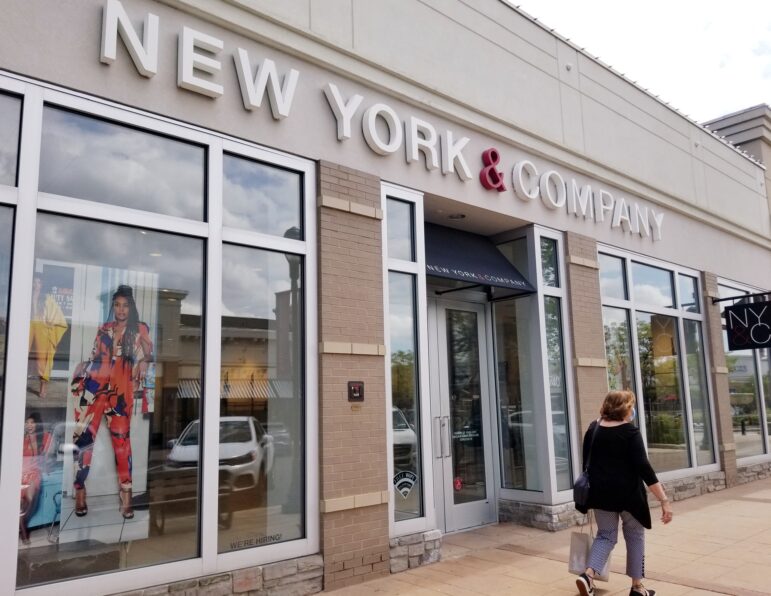 A shopper walks past New York & Company in the Promenade Shops at Saucon Valley Saturday. The parent company that owns the women’s fashion chain was in financial difficulty before the COVID-19 pandemic began in March. It is unclear whether the Promenade Shops store will reopen, however as of Saturday the store was completely devoid of inventory. 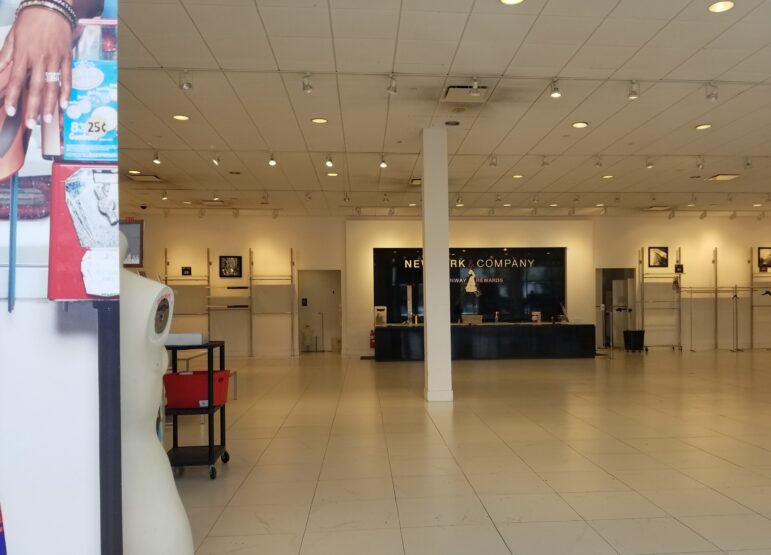 There was no sign of life Saturday inside New York & Company in the Promenade Shops at Saucon Valley, which was essentially empty except for some mannequins, shelving, decor and signage.

Jeweler Zales remained closed in the Promenade Shops on Saturday, with no indication of when it might reopen.

A Washington, D.C. NBC affiliate reported last month that Zales’ parent company–which also operates Jared and Kay Jewelers–planned to close approximately 400 stores worldwide, including 150 in the U.S., by the end of the fiscal year. 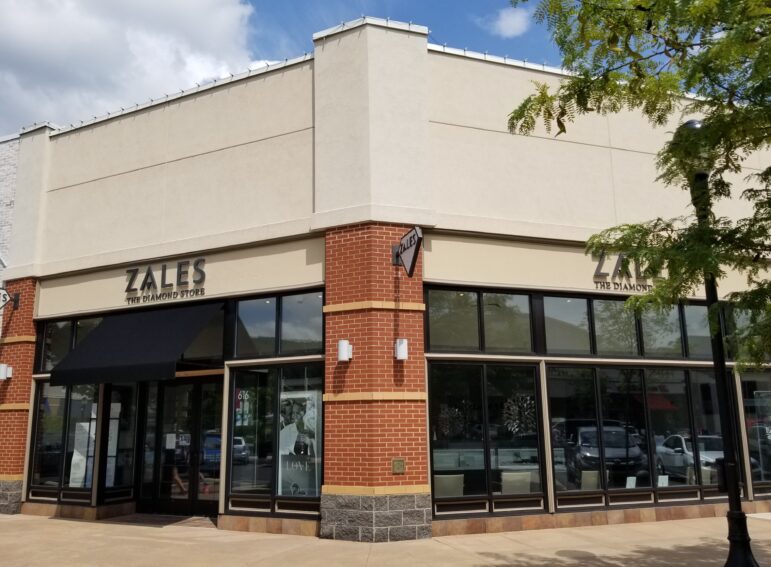 Zales is one of several jewelers with locations in the Promenade Shops at Saucon Valley. The company that owns the Zales brand recently announced that it will close a number of stores, although which locations will be closed is not yet known.

Unlike the other stores already mentioned, there appears to be real hope for the reopening of Yankee Candle in the Promenade Shops.

Although a faded, out-of-date sign on the store’s front door indicates a “hoped for” reopening date of April 1, the Yankee Candle website has more up-to-date information.

“We are slowly starting to open stores on a door-by-door basis and look forward to welcoming you back to your local Yankee Candle soon,” it says. “Safety is our main consideration when it comes to deciding which stores to open. It takes a lot of planning to reopen hundreds of stores and we are tackling this job in a cautious and mindful way. Please check our store locator frequently to see which stores are opening near you.” 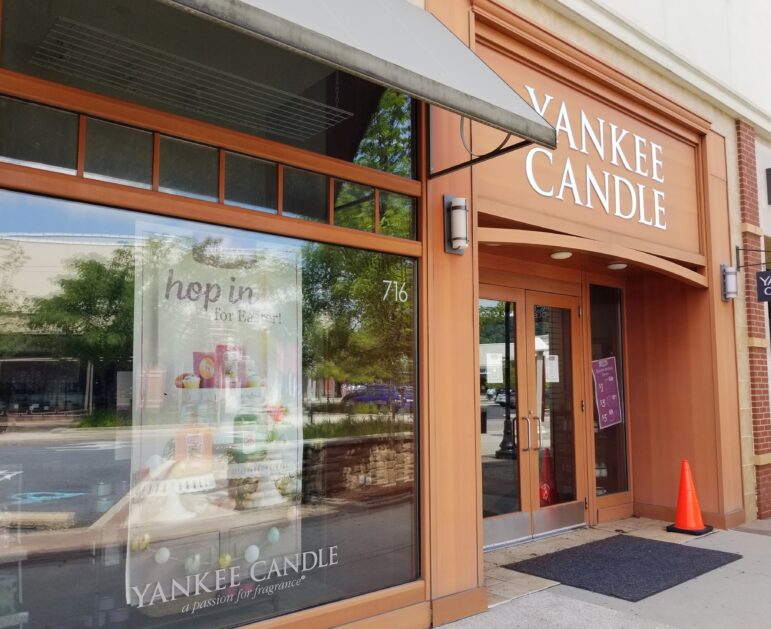 Yankee Candle is taking a cautious approach to reopening its retail stores, according to information published on the company’s website.

There is no specific reopening information on the site about either the Yankee Candle store in the Promenade Shops or a location the company operates at the Lehigh Valley Mall in Whitehall.

Due to unique challenges involving social distancing as well as delays in the release of new films, most movie theaters in the Lehigh Valley and beyond remain closed. 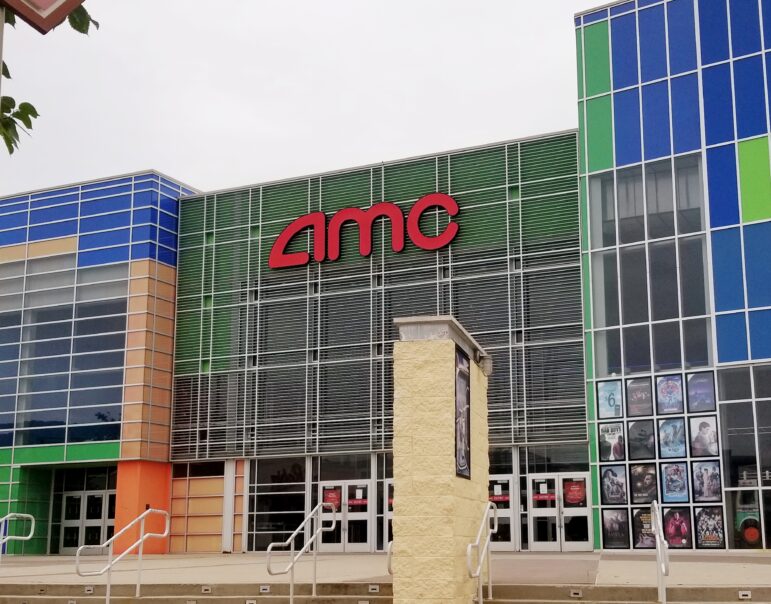 Movies have not been screened since March in the 16-theater AMC multiplex in the Promenade Shops at Saucon Valley. A tentative reopening date of Thursday, July 30 has been announced by AMC, although it remains unclear what the theaters’ reopening will look like.

Among them is the AMC Center Valley 16 multiplex in the Promenade Shops, which briefly attempted to remain open by limiting the seating capacity in its theaters before shutting down completely during the pandemic’s first wave in March.

According to recent news reports, the chain is planning to reopen its theaters July 30.

After financial hemorrhaging that threatened its future existence, it was reported last week that AMC has secured a new debt agreement that will allow it to maintain cash flow.

That’s good news for local movie fans, particularly because the Promenade Shops theater is the only remaining place to watch new releases between Quakertown and the Allentown-Bethlehem-Easton area.

As for the Promenade Shops as a whole, the retail center was already trying to increase its storefront occupancy around the beginning of this year, when a number of shops and restaurants in it closed or moved.

The latest new business to open in the shopping center was Bath & Body Works, which opened its doors in October 2019. In late May it was announced that the company plans to close as many as 50 of its stores, although the locations it will close were not disclosed. 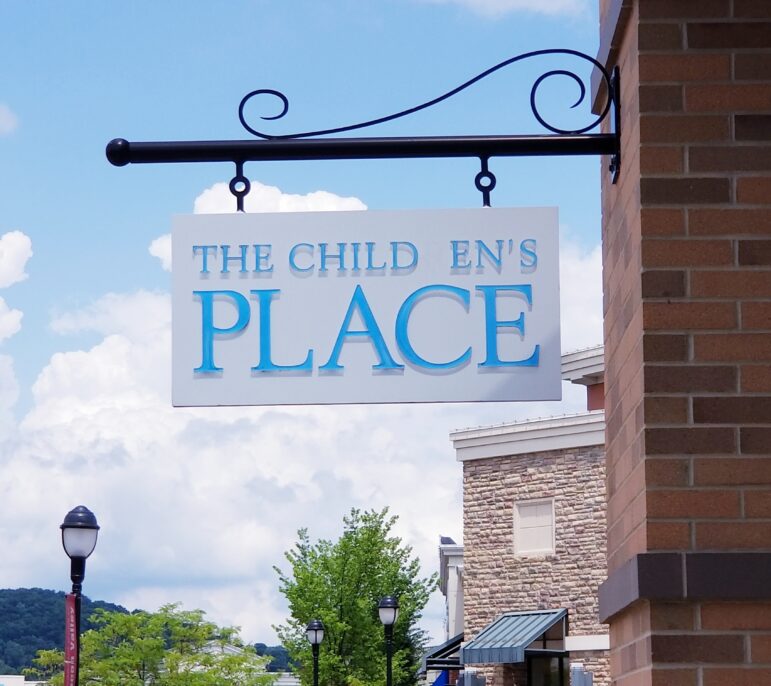 The Children’s Place in the Promenade Shops at Saucon Valley was the scene of a major sale Saturday, with prices on much of the store’s signature kids clothing slashed by 75 percent. Inside the store, inventory appeared to be drastically reduced. Much of the store was denuded of its displays. Various media outlets reported in June that the Children’s Place plans to close 300 stores nationwide.