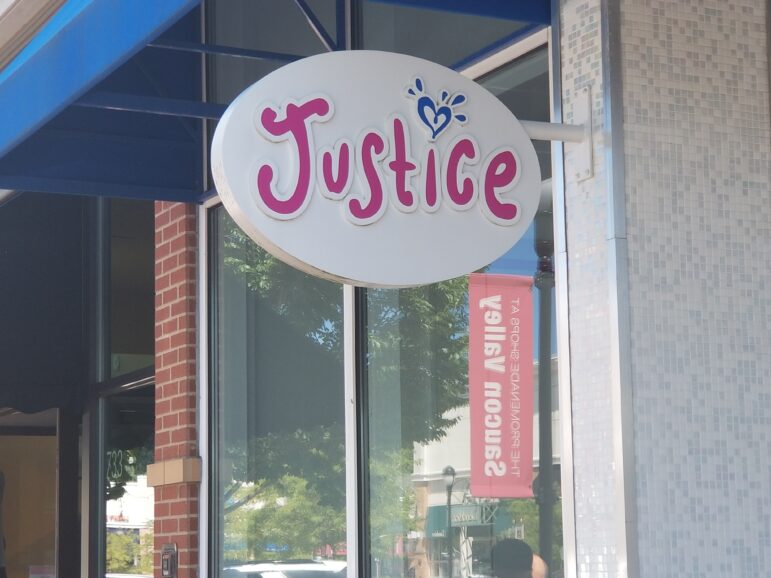 Justice is one of nearly a dozen retailers that have closed stores in the Promenade Shops at Saucon Valley since late last year. Some stores (or their parent companies) suffered substantial losses due to the economic shutdown in the spring, which was because of the coronavirus pandemic. Most stores in the Promenade Shops were closed for approximately two-and-a-half months due to health department restrictions on conducting in-person sales. Some restaurants remained open for takeout, and the Fresh Market–a grocery store–remained open because it was classified as a life-sustaining, essential business.

Two children’s clothing stores in the Promenade Shops at Saucon Valley are among the latest retailers in the Upper Saucon Township lifestyle center to close up shop for good.

The Children’s Place and Justice are both owned by companies that have been adversely impacted by the national shutdown prompted by the coronavirus pandemic earlier this year. Both companies have closed multiple locations throughout the U.S.

Another high-profile Promenade Shops tenant is not closing, but rather is relocating its store to a different shopping center. 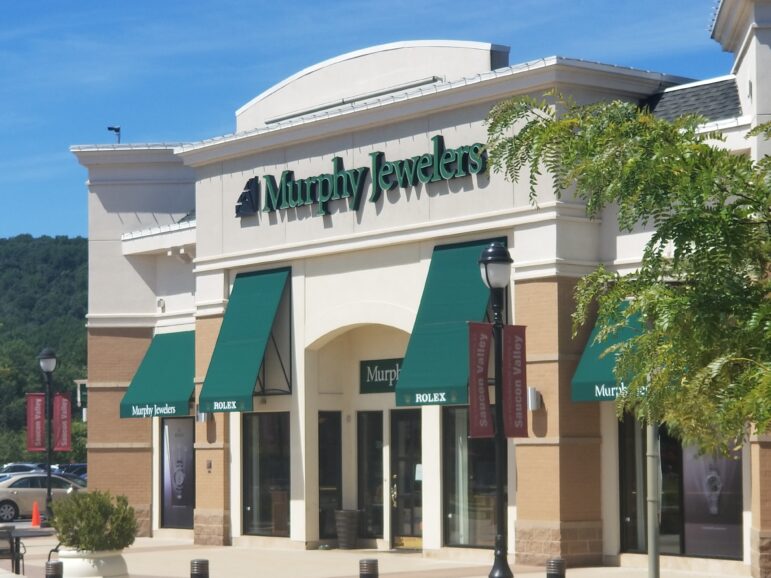 Murphy Jewelers has been a landmark retailer at the Promenade Shops at Saucon Valley since the lifestyle center’s early days. The retail landscape has changed considerably since the Upper Saucon Township lifestyle center first opened in 2006, with many more consumers now shopping online. That trend was accelerated in 2020 by the novel coronavirus pandemic. Murphy Jewelers is relocating its Promenade Shops store to a new location at the Lehigh Valley Mall in September.

Murphy Jewelers plans to close its Promenade Shops store at the end of August and reopen in its new location at the Lehigh Valley Mall in Whitehall about 10 days later, Lehigh Valley Live reported Thursday in a story about the closures at the Promenade.

Other retailers that have closed there since most of the center reopened in early June include women’s clothing store New York & Company and jeweler Zales.

Among the stores and restaurants that closed at the Promenade Shops in late 2019 and early 2020 were Auntie Anne’s and Center Valley Creamery, Portrait Innovations, Learning Express Toys, Cosi and Crepe Soleil, which moved its creperie to the Poconos.

One recent bright spot in terms of store reopenings was Yankee Candle, which reopened its doors to customers at its Promenade Shops location last month.

Starbucks also recently extended its hours of operation at its Promenade Shops store to 5:30 a.m. to 9 p.m., Monday through Sunday.

The 16-screen movie theater at the Promenade Shops reopened Thursday with limited seating capacity and other restrictions in place. As part of a special promotion in celebration of its 100th anniversary, AMC is charging 15 cents admission for all movies at the Center Valley 16 theater on Aug. 20 only.

Amid the ongoing pandemic, the Promenade Shops has an advantage over traditional enclosed shopping malls, because access to all of its stores and restaurants is outside.

Many of the dining establishments in the center have expanded their outdoor seating areas, and two–Melt and Torre–have even put up a tent on a section of road that was recently closed to make room for additional tables in an area between the restaurants.

The season for outdoor dining in Pennsylvania is relatively short, however, and will likely come to an end by the beginning of October. At that point, if current restrictions on indoor dining and drinking at bars haven’t been lifted, many restaurateurs say it will be difficult for them to remain open and profitable.

Currently, restaurants must limit inside seating to 25 percent of what their maximum capacity is. Bar seating is banned, and establishments that don’t serve food must remain closed altogether, under an amended order issued by Gov. Tom Wolf in mid-July. 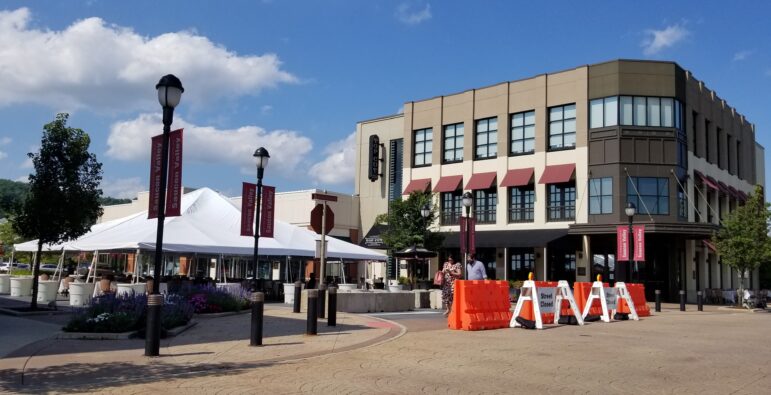 A large outdoor dining area was recently created by closing a short section of road between Torre and Melt (pictured above, at right) in the Promenade Shops at Saucon Valley in Center Valley. A tent shelters diners from the weather. Tables are spaced at least six feet apart, in accordance with state requirements for outdoor dining during the coronavirus pandemic.