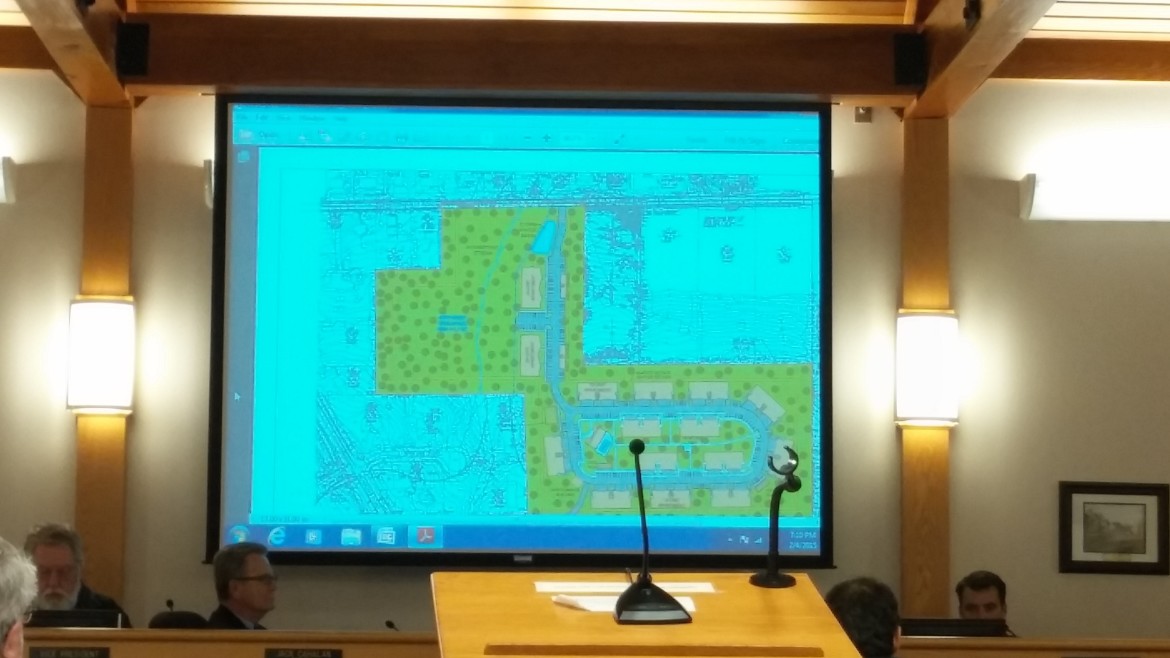 An artist's rendering of an apartment complex proposed for construction along Friedensville Road in Lower Saucon Township. The rendering was discussed at township council's Feb. 4, 2015 meeting.

A proposal to build a 204-unit apartment complex that was scrutinized by Lower Saucon Township Council officials and criticized by several residents last September appears to be back on track, after council voted 3-1 Wednesday to authorize staff to work with the developer, Woodmont Properties of New Jersey. 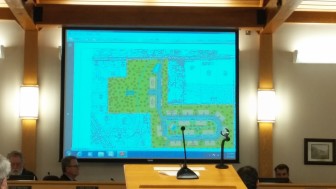 An artist’s rendering of an upscale apartment complex proposed for construction on Friedensville Road in Lower Saucon Township. The rendering was discussed at township council’s Feb. 4, 2015 meeting.

Councilwoman Priscilla deLeon cast the lone dissenting vote, after telling representatives for the developer she is “really uncomfortable” with the plans.

“To me, people move to an area because of its zoning,” she said before asking the men, “Why can’t you present a plan that meets our zoning?”

“Our company is not building single family homes,” deLeon was told.

Instead,  the company specializes in building so-called “luxury apartment communities,” such as Woodmont Mews off Eighth Avenue in Bethlehem and Woodmont Place at Palmer in Palmer Township.

The proposed Lower Saucon Township complex–which would include nearly 300 surface parking spaces and 120 units with garages–would be similar to those developments in a number of ways.

It would consist primarily of two-story, multi-unit buildings containing single-level “flats” and bi-level “carriage homes,” council was told. Two three-story buildings are proposed along the main road into the complex, which would intersect with Friedensville Road near a slight dip in the roadway east of where Friedensville intersects with Meadows Road. A second road into the complex would intersect with Meadows south of Brad Lane. On the west side of the complex, there would be open space.

Councilman Dave Willard said he lives near the site of the proposed complex, and recalled the fight that erupted when Phoebe Ministries proposed construction of an age-restricted community for seniors near Meadows and Skibo roads several years ago. Phoebe eventually withdrew their proposal, after dozens of residents–many of them from the Four Seasons community–packed township meetings to oppose it.

Although this complex is not proposed for the same location, it would be built nearby.

“I know that many of my neighbors will oppose any development in this area,” conceded Willard, who told the developers he felt somewhat conflicted because of his commitment to supporting economic development in the township.

Township resident Matt McClaren asked about the potential impact of the development on the local real estate tax base.

The developers estimated that the complex could generate as much as half a million dollars in annual property tax revenue, with about 75 percent of that benefiting the Saucon Valley School District.

Although not an age-restricted community, they predicted the complex could generate as few as 20 public school-aged children, since the units will most likely appeal to young, childless professionals and empty-nesters who no longer want to deal with property maintenance.

Council vice president Tom Maxfield bolstered their claim by comparing the proposed complex to the Bethlehem Fields complex on Cherry Lane near Hellertown.

“What was told at that time [it was proposed] was [the apartments] are not kid generators,” he said. “And those [things they were told] all turned out to be true. You don’t see a lot of kids coming out of there.”

When questioned about the limited sewer capacity in the area, the developers said they believe they will need an allocation of fewer than 40,000 gallons.

DeLeon questioned whether allocating to a brand-new development from the township’s finite number of public sewer allotments is fair, when many township residents with on-lot septic systems have been waiting for public sewer for years.

“I would say from my perspective as a councilman, sewer’s available,” Maxfield said.

“And I want to be on the record that I disagree,” deLeon said.

The Woodmont executives said they plan to work with the township’s engineer to develop to get the allocation they will need to develop the apartment complex. 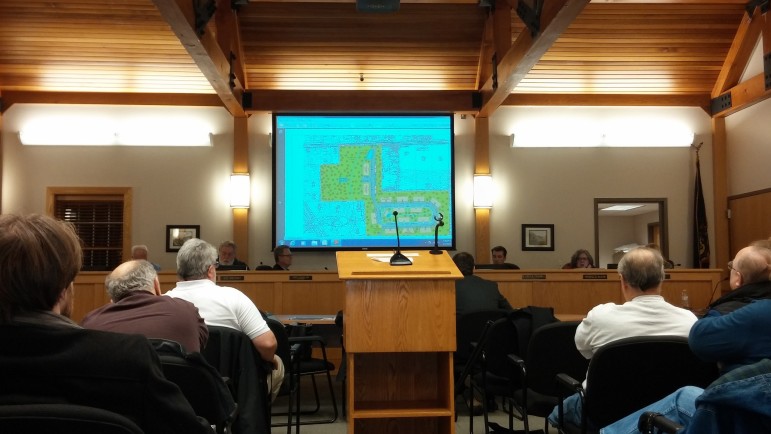