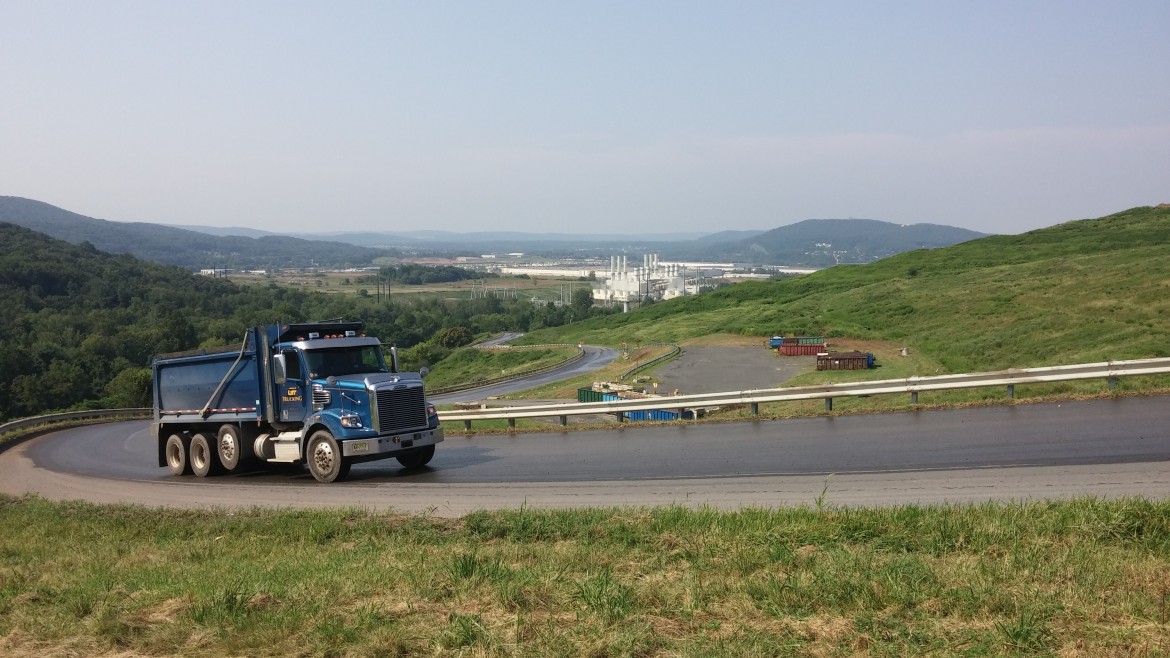 IESI Bethlehem Landfill is located at 2335 Applebutter Road, in Lower Saucon Township. The landfill has been in operation since the early 1940s, when it was opened by the City of Bethlehem. It was transferred to private ownership approximately 50 years later.

In response to a question from councilwoman Priscilla deLeon, Lower Saucon Township Council solicitor Linc Treadwell said Wednesday that the western landfill expansion IESI Bethlehem Landfill first proposed in early 2012 is–in his opinion–no longer on the table, due to the amount of time that has elapsed since a public hearing about the related rezoning of land along Applebutter Road was held. 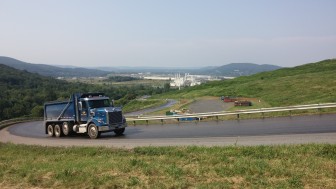 IESI Bethlehem Landfill is located at 2335 Applebutter Road in Lower Saucon Township. The landfill has been in operation since the early 1940s, when it was opened by the City of Bethlehem. It is one of three landfills in current operation in Northampton County.

That hearing took place nearly two years ago, in September 2013.

Treadwell said he would be “uncomfortable” with council taking up the rezoning matter for a public vote without beginning the process over again; a pronouncement deLeon said many township residents will be glad to hear.

She compared the western expansion and the rezoning that would have to occur in order for it to move forward to a “black cloud” that’s hung over some residents; opponents who have sometimes wondered allowed when council would vote on the stalled rezoning amendment, if ever.

“I guess the proposed rezoning is over unless someone starts the process over again,” deLeon said after Treadwell gave his opinion.

Since the western expansion was first proposed, much has changed in terms of the landfill’s public focus.

In the summer of 2014, IESI proposed an alternative expansion plan–its so-called Southeastern Realignment–which could create an additional 28 acres of disposal area within the facility’s current footprint and extend its lifespan by an estimated five or six years. 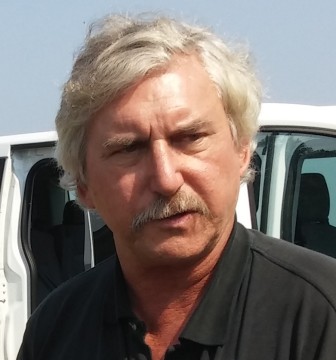 IESI Bethlehem Landfill District Manager Al Schleyer answers a question during a media tour of the facility on Aug. 18, 2015.

Meanwhile, for all intents and purposes council has functioned as a four-person body while councilman Glenn Kern has been in absentia due to health issues.

Kern’s absence has seemingly created a kind of issue-specific gridlock, with council split 2-2 and thus unable to vote and achieve a meaningful result on the proposed rezoning amendment that would pave the way for the western expansion.

During a media tour of the landfill hosted by IESI Tuesday, Schleyer emphasized that the company’s focus is on the Southeastern Realignment, which would create six new acres of disposal area while reclaiming about 22 acres. 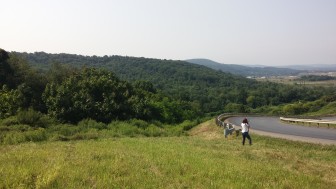 The forested area at left will become part of the landfill if IESI’s Southeastern Realignment expansion plan is ultimately approved.

He said that if the western expansion would become a viable expansion option in the future, IESI could revisit it at that time.

The future viability of the landfill bears considerable financial significance for Lower Saucon Township, since it is the recipient of host and other fees that have accounted for as much as two million dollars–or approximately one third of its annual budget–in the past.

Marcy Neumire–a spokeswoman for Progressive Waste Solutions, which is IESI’s parent company–noted during the tour that in addition to paying host fees, “giving back to the community is very important to Progressive Waste in all of our communities.”

She said that, for example, IESI recently donated $3,000 toward the purchase of concussion prevention helmets for local youth football players, and funded 11 high school scholarships awarded to graduating college-bound seniors.