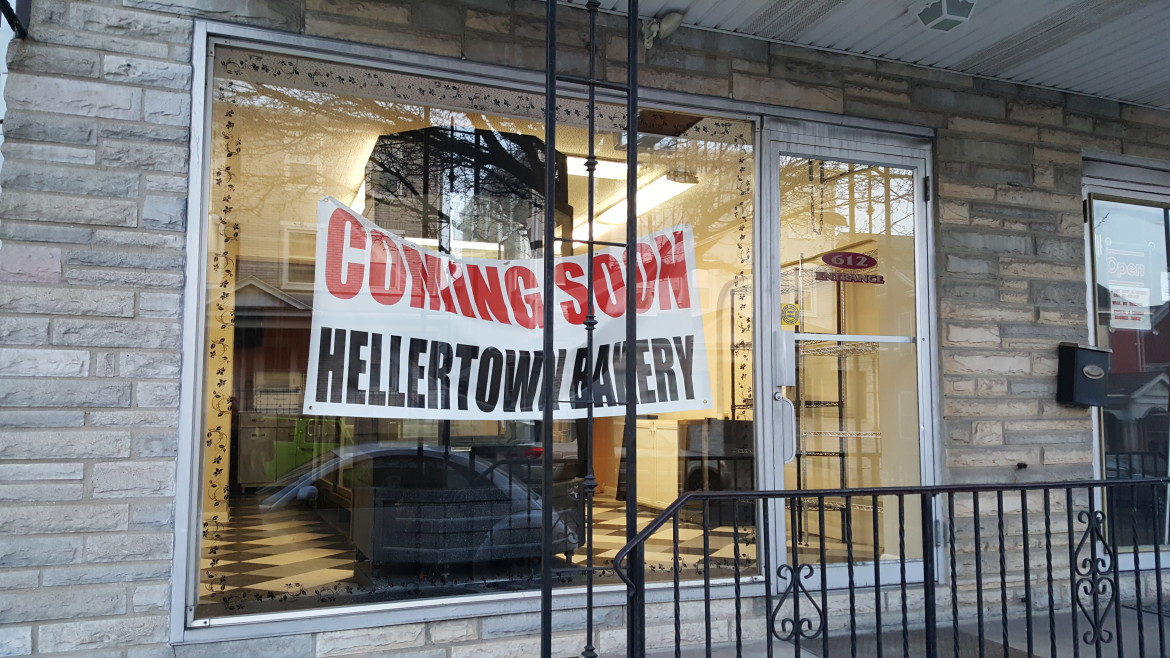 The much-anticipated opening of the Hellertown Bakery at 612 Main St. will take place by early April, the owners confirmed Tuesday.

“When is that new bakery opening?” has been the question du jour in Hellertown for weeks, if not months. 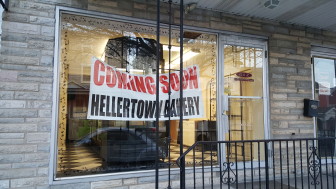 The much-anticipated opening of the Hellertown Bakery at 612 Main St. will take place by early April, the owners confirmed Tuesday.

The answer to that question was finally revealed by owners Leiane McCarty and Joe Ciamprone Tuesday.

Ciamprone confirmed that after passing pre-opening inspections, the bakery is expected to start welcoming customers by early April.

Hellertown Bakery will be located at 612 Main Street (across from the Tavern House) and will sell everything from rye bread (a favorite of Hellertown Mayor Richard Fluck’s) to cookies to sticky buns. 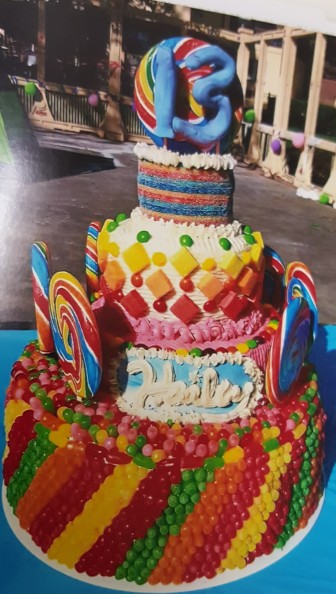 Custom cakes and cake pops are one of Hellertown Bakery owner Leiane McCarty’s specialties. Pictured is a candy-covered cake she baked for a 13th birthday party. The bakery will have a photo-book of McCarty’s cake creations on hand for customers to peruse.

Just about everything will be baked fresh on the premises daily, Ciamprone confirmed, and there will be gluten-free options available for those with a sensitivity to wheat.

Ciamprone said one of the few items that won’t be offered–at least initially–are donuts. But if the bakery expands, he said there will be room for a deep fryer, as well as customer seating.

Coffee and breakfast sandwiches will also be sold, and credit cards will be accepted.

Custom cakes and cake pops have long been one of McCarty’s specialties, so those will be available for special order.

“She gets cake pop orders like crazy,” Ciamprone said.

He learned to bake by virtue of growing up in a large Italian family in which nearly everyone baked.

When asked what time the shop will open each day, Ciamprone said it will be open from the time he comes in to start baking, which will typically be around 1 a.m.

Closing time will likely be around 5 p.m., but if people are there making purchases, “we’re going to stay open,” he said.

At least initially the bakery will be open seven days a week, although that may change once the business begins to find its niche.

Ciamprone and McCarty live in Hellertown, and she is a native of the area.

He is originally from Chicago, and he said he plans to introduce some of that city’s famously delicious bread to the Saucon Valley.

Smaller-sized items like mini cheesecakes and cupcakes will be sold to suit the needs of the elderly and the borough’s smaller households, and they would like to have a bench outside for people to sit on and enjoy their treats, he added.

In the beginning, “we’re going to see what sells,” Ciamprone said. “I just hope we don’t get swamped to where we can’t handle it.”

McCarty and Ciamprone have already hired a couple employees to help operate the business, but they will both be there daily.

Parking is available on the street in front of the bakery and behind the building.

Ciamprone said they plan to launch a website in the future. A Facebook page is already live and attracting likes.

The business’s phone number is 610-838-1025 and there is voicemail for those who might wish to place an order for the future.

An exact opening date will be announced on the Facebook page, but look for it in the “next one to two weeks,” Ciamprone said Tuesday.

In the meantime, he and McCarty will be placing the finishing touches on the store’s interior, which was last used as office space. 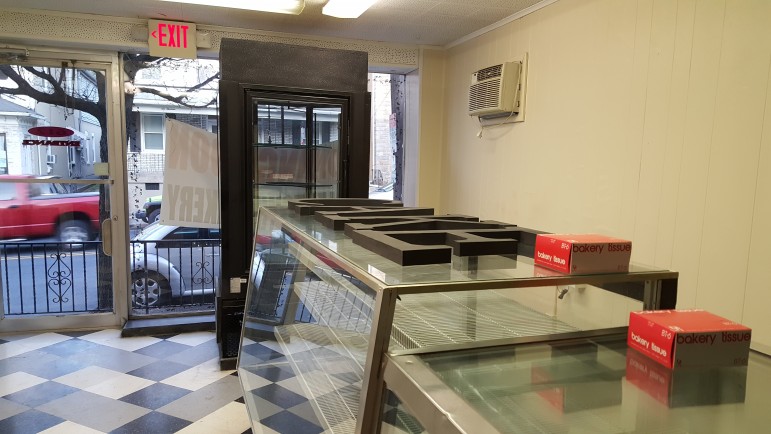 The inside of Hellertown Bakery, which will sell everything from pies to bread to hot dog rolls. 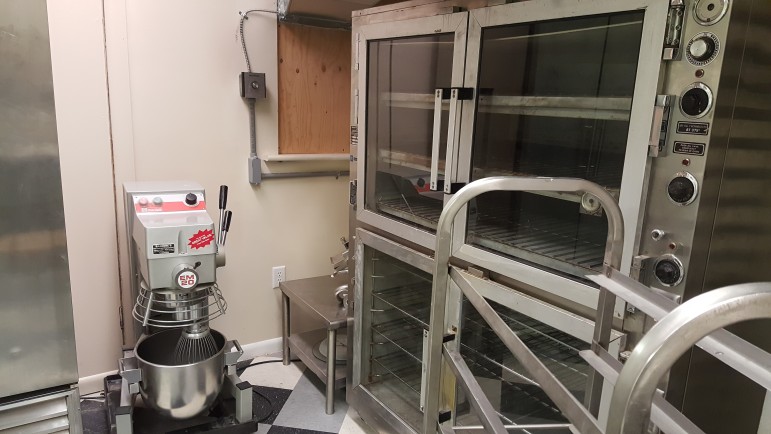 The equipment is installed and ready to use at Hellertown Bakery.