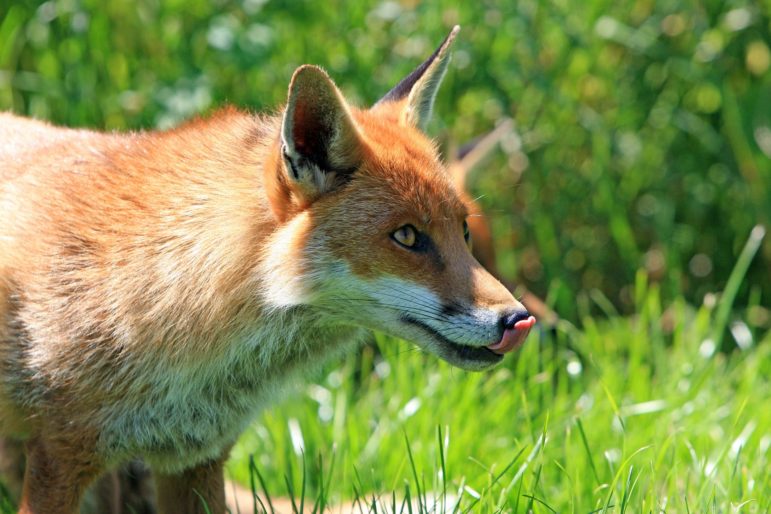 A Saucon Source reader reported an encounter with an “aggressive” red fox at her home in the Bingen Road/Hickory Hill section of Lower Saucon Township Monday.

The reader–who didn’t want to be identified–said the fox tried to attack her pet cat through a screen door.

The incident was immediately reported to Lower Saucon Township Police, but the fox had left the area by the time an officer responded, she said.

The officer reportedly told her there had been another sighting of the fox an hour earlier on the other side of Bingen Road, she added.

Anyone who sees the fox–or any wild animal behaving strangely or aggressively–should remain indoors and contact authorities.