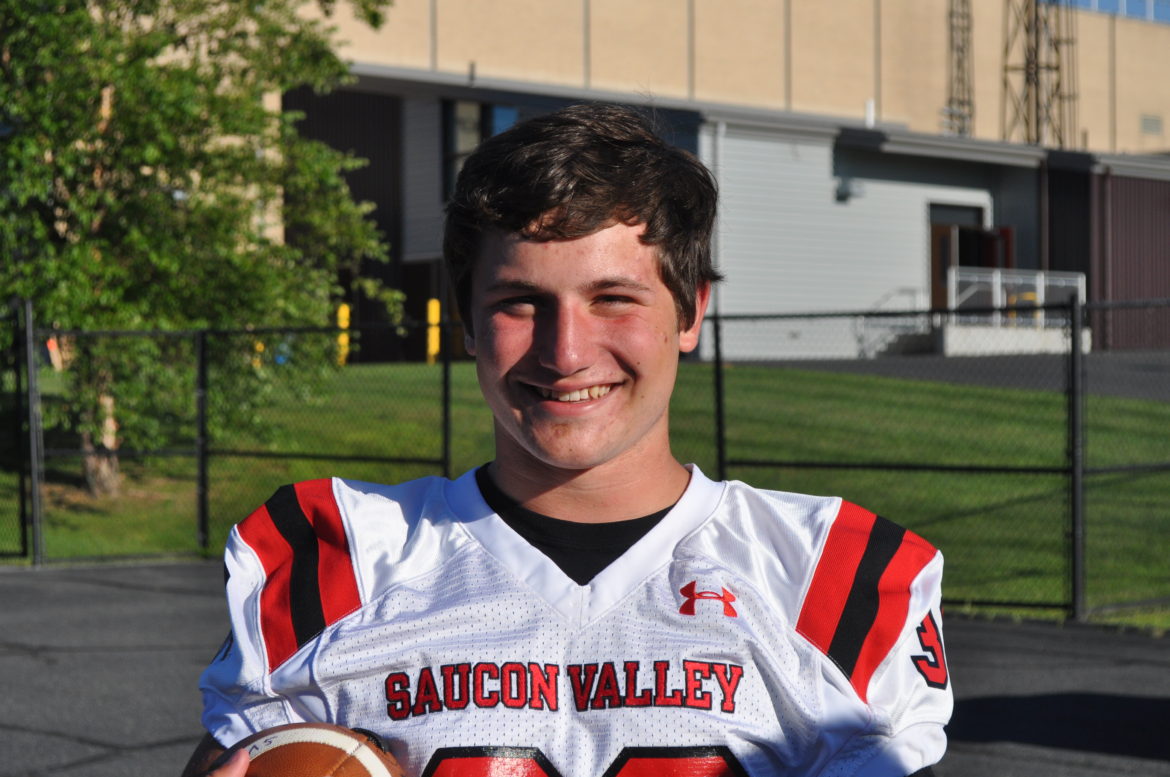 Earning admission into the U.S. Naval Academy provided Dino Zaharakis with the ultimate high. Less than two weeks later, on the day before Christmas Eve, the Saucon Valley High School senior hit the ultimate low. During a wrestling match, the anterior cruciate ligament (ACL) in his left knee tore. 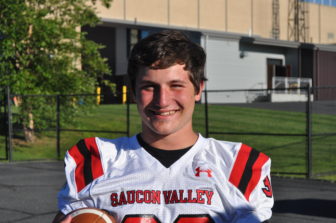 “It was a tricky situation,” said St. Luke’s University Health Network athletic trainer Amy Virden, who is assigned to Saucon Valley. “The only thing that could have prevented him from entering the Naval Academy was a catastrophic injury, and this was it. We knew he needed to be in Annapolis for basic training in six months, and he needed his ACL reconstructed.”

Dino graduates from Saucon Valley High School Friday night at 7 p.m. A beloved student-athlete and leader at Saucon Valley, his smile and vibrant personality draw people to him. In addition to being a three-sport athlete, senior class president and representative on the student government, Dino is also an inventor, holding a patent for DZ Dock, an iPad holder he designed when he was just 11 years old.

“I’ve been coaching for a while now, and when Dino got injured I was sick to my stomach,” said Saucon Valley wrestling coach Chad Shirk.

“When I was on the mat, I remember saying to the trainer, ‘Oh my gosh, I’m not going to the Naval Academy now,’” Dino recalled.

For a normal person, rehabbing from ACL surgery takes a full year. Dino’s timetable needed to be much shorter. He needed to be physically ready for the physical rigors and basic training qualifications required of incoming Midshipmen.

The lessons Dino learned in teamwork translated well into working with the team of professionals at St. Luke’s University Health Network, beginning with Virden, who made the necessary contacts for proper diagnosis as well as pre- and post-operative treatment.

“We explained to him exactly what it would take, the possibility that things may not work out, but as long as he worked hard, he had the chance to be successful, and he did work extremely hard,” Virden said. “He often asked me if there was more that he could do. The tricky thing with ACL rehabilitation is you can’t get too far ahead of yourself, but he was extremely driven.”

Dino, who has higher than a 4.0 GPA and is one of the speakers at Saucon Valley’s commencement, worked weekly with physical therapist Laura Rothermel, and every day after school with Virden, as well as at home on weekends. Officials from the Naval Academy told Dino he needed to be medically cleared by June 29, and he obliterated that deadline by receiving clearance in May.

“He worked his butt off in rehab, to the point of where he was two months ahead of most kids after two months,” Dr. Carolan said. “I saw him recently and he even asked me if he could play lightweight football and wrestle.”

Friends and family describe Dino, the son of Laura and Steve Zaharakis, as someone who enjoys challenges, which he fully embraced with his aggressive rehabilitation and decision to attend the Naval Academy.

“The big thing for me was I want to do something that’s important and help other people,” Dino said. “The United States has been on the right side of history very consistently and I’d like to be a part of that.”

Dino exudes all the qualities of a well-rounded person with outstanding academic performance, determination on and off the athletic field, and an unquenchable thirst to reach new heights.

“Not a lot of kids get into the Naval Academy,” said Dr. Carolan. “You have to be an extraordinary person to achieve that. I’m very proud knowing that a young person from my community is accomplished enough to attend the Naval Academy and serve our country.”