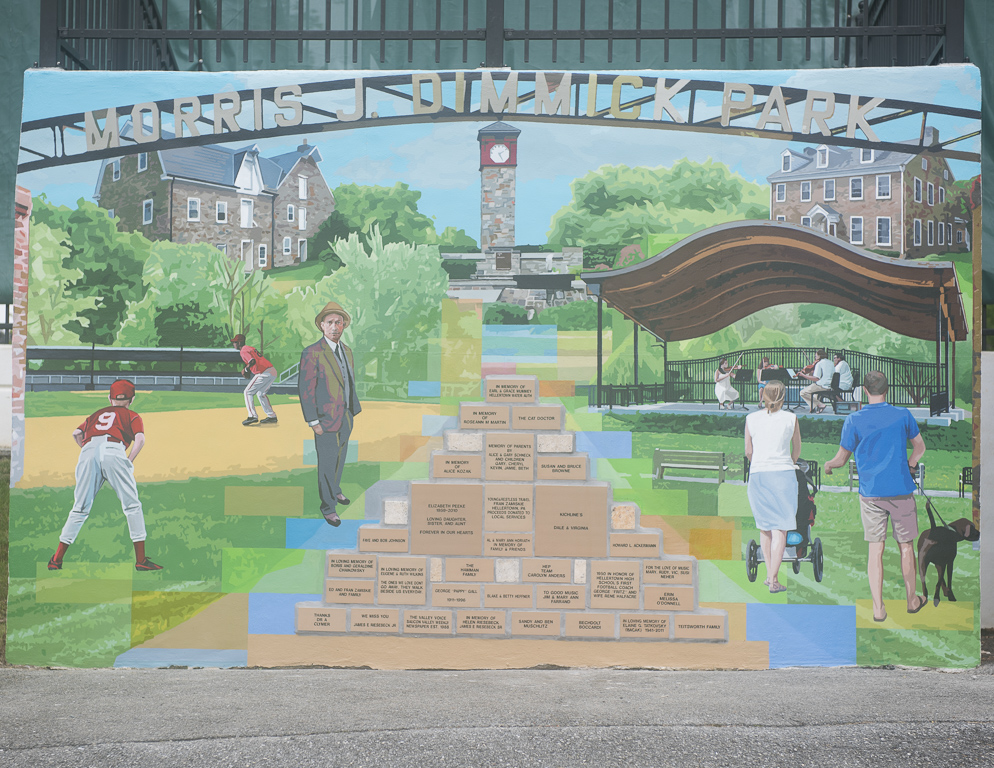 A new mural that depicts various aspects of life in Hellertown as well as borough landmarks has been completed at the bandshell in Dimmick Park.

The mural is located on the rear wall of the structure and depicts landmarks such as the historic Heller-Wagner Grist Mill and Detwiller Plaza clock tower, Little Leaguers playing a game of baseball and a family walking with their dog across the grass toward the bandshell.

Former Chief Burgess Morris Dimmick (1888-1972) is watching over the activity in the namesake park he is credited with finding the funding for nearly 80 years ago.

The names of donors who helped finance the bandshell are listed on bricks that form a pyramid at the center of the mural. 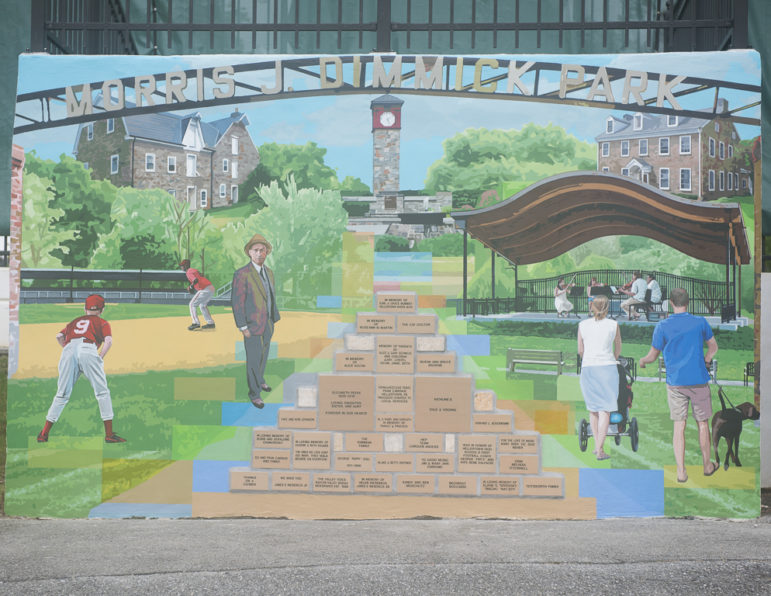