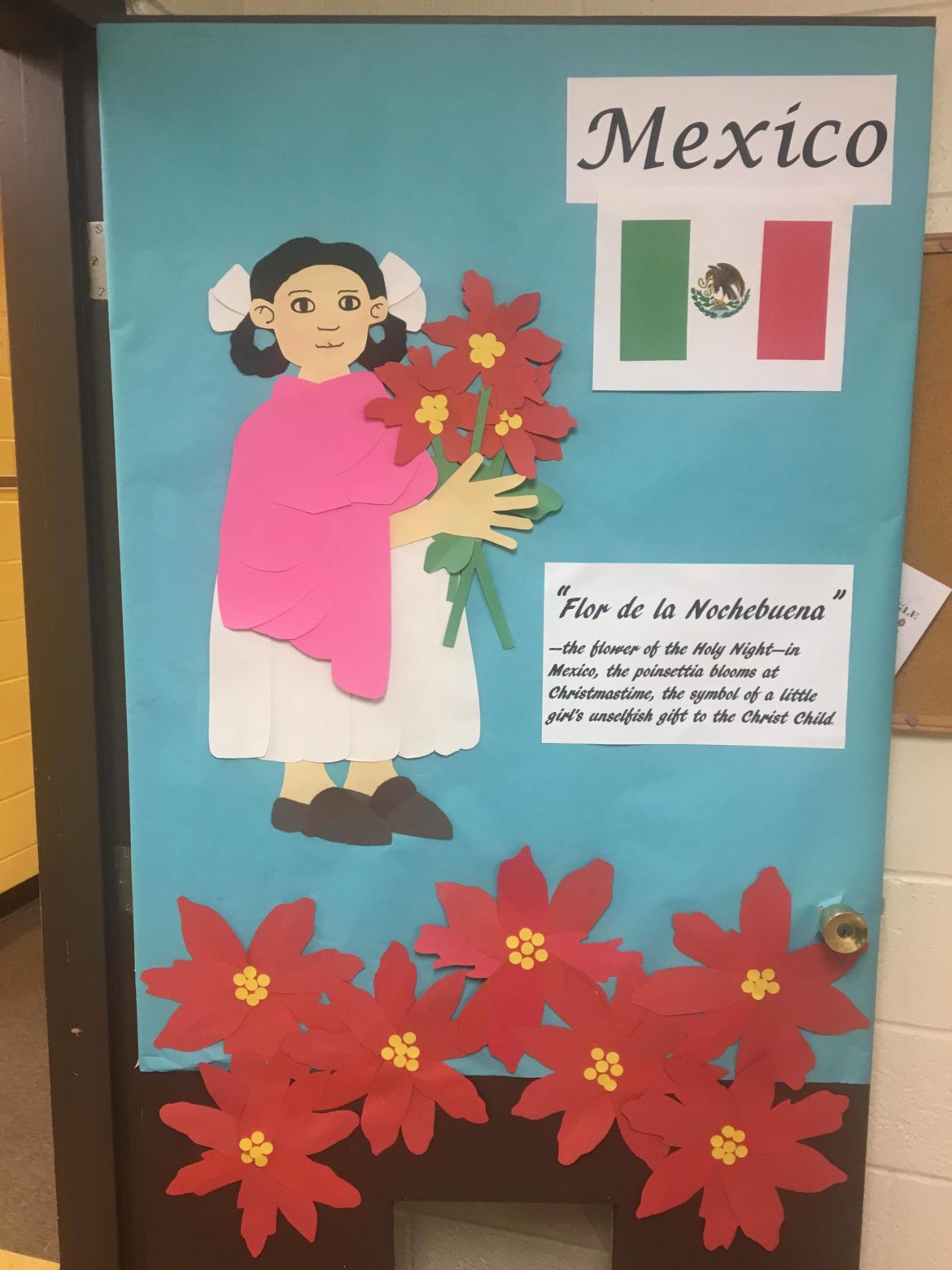 The students and staff of the Children’s Learning Center and the staff of Christ Lutheran Church in Hellertown have decorated their classroom and office doors again for a holiday season contest.

The “Second Annual Door Decorating Contest” kicked off Dec. 4 and the doors will remain decorated until the New Year.

This year’s contest theme is “Christmas Around the World,” and each door represents a tradition or custom from one of eight countries which include Australia, Brazil, England, France, Greece, Japan, Mexico and Norway.

“The doors are gorgeous and the competition is fierce!” said school director Mary Housley.

In Australia and Brazil it is summertime, so their traditions focus on warm weather activities like barbequing and enjoying the beach.

The British hang their stockings from the mantle and enjoy the warmth of the “Yule Log.”

Norwegian children sing a song titled “Musevisa.” The lyrics tell of a family of mice as they prepare for Christmas, and how the mother mouse warns the children of the dangers of a mousetrap.

In Japan, one in three Japanese families enjoy Kentucky Fried Chicken for their Christmas dinner after Hotei, the Laughing Buddha, has delivered presents to all the children.

In Greece, St. Nicholas, the patron saint of the sailors, brings gifts to the children. Boats are decorated with many lights to honor this nation of many islands.

“Flor de Nochebuena, a common weed in Mexico, is the much-celebrated poinsettia and a symbol of a little girl’s unselfish gift to the Christ Child.

The central part of Christmas décor in French homes is the manger scene, Crèche de Noel, which tells of those who are in the stable, those who bring gifts, those who represent the trades, and finally, the animals.

The winners of the contest are determined by the students and parents of the Learning Center and the members of Christ Lutheran Church. Anyone who wanted to vote received a “ballot” and was asked to vote for their top three favorites.

The votes will be tallied and the results will be revealed on Wednesday, Dec. 13 at the staff’s Christmas party.

Note: The photos below were contributed. 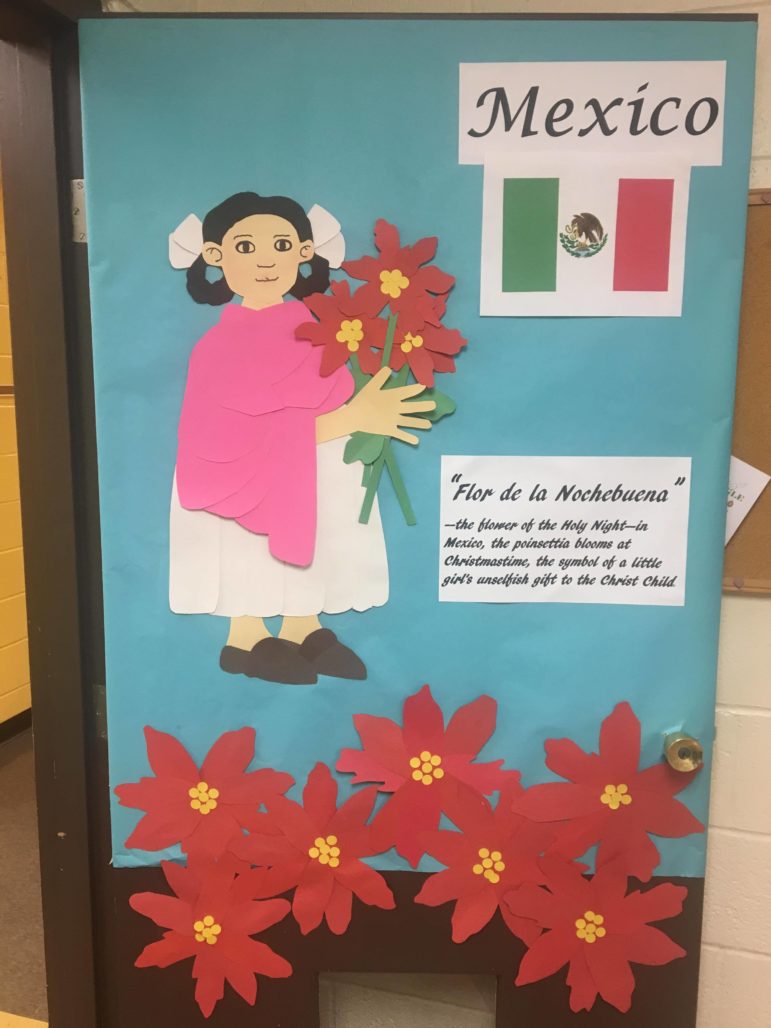 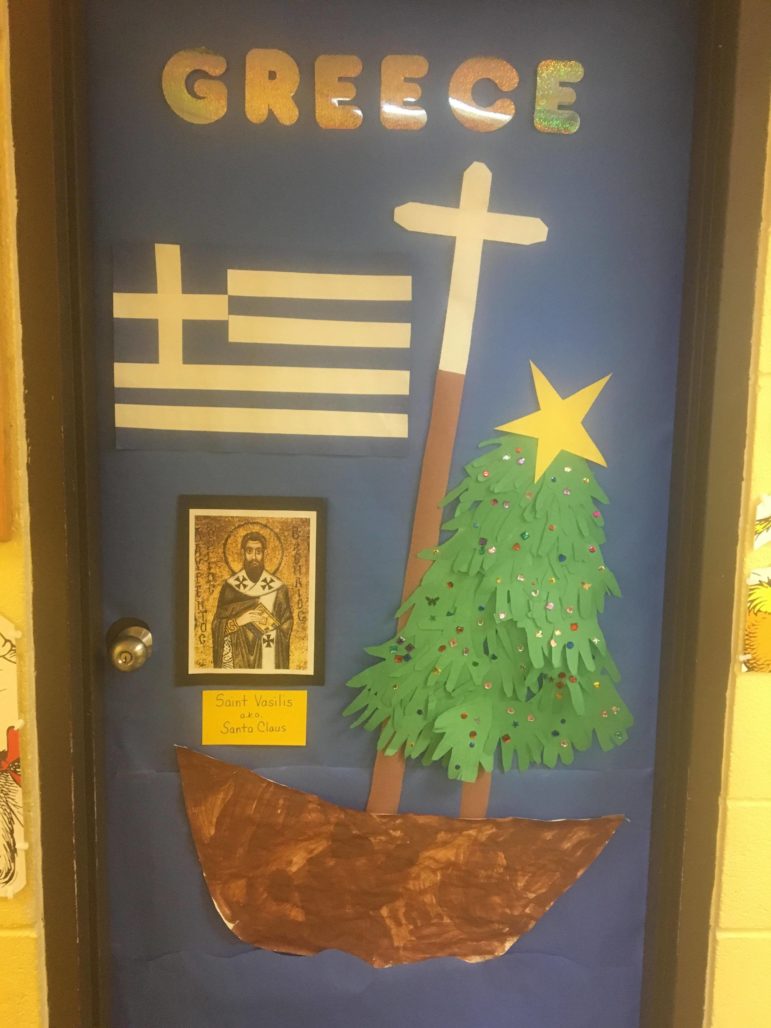 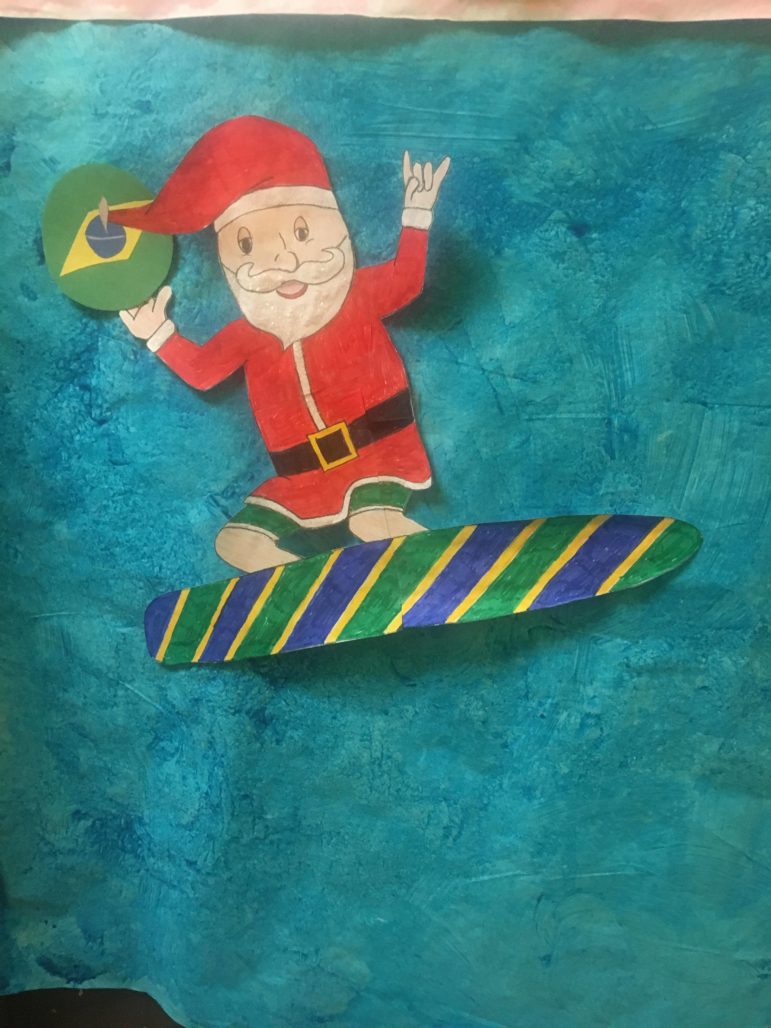 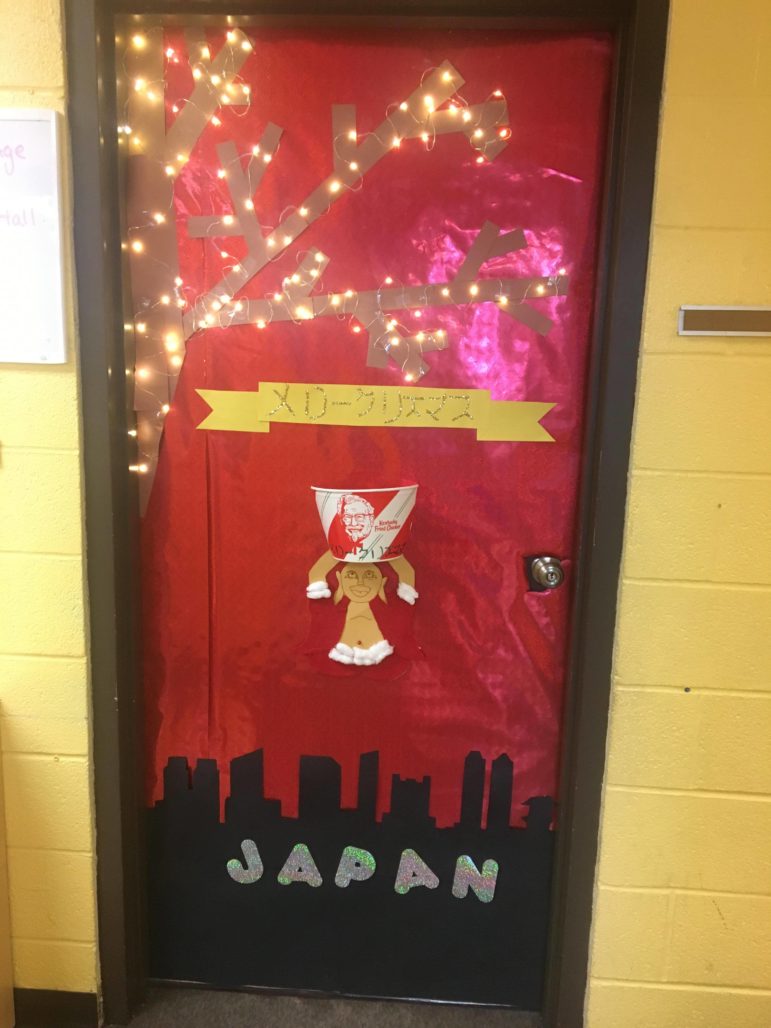 The Japanese Christmas door pays homage to KFC and its cultural significance in Japan at Christmastime. 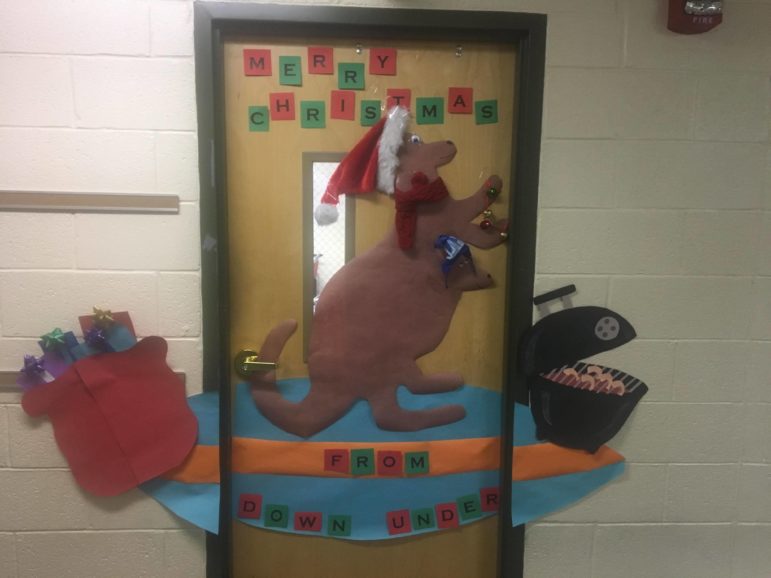 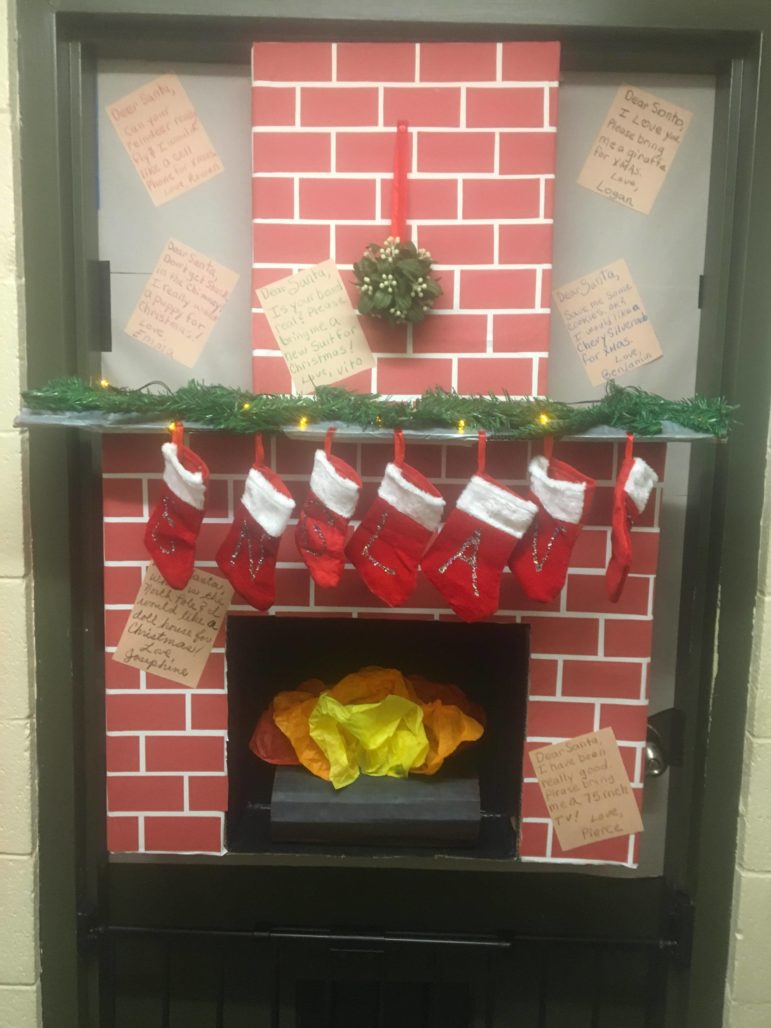 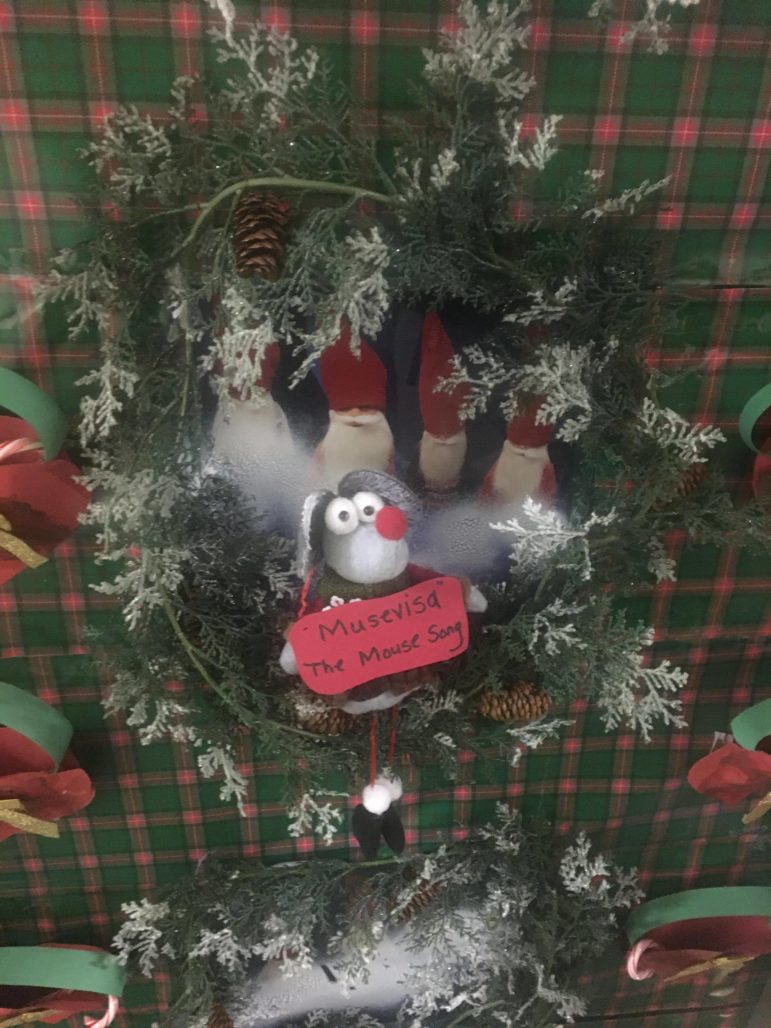 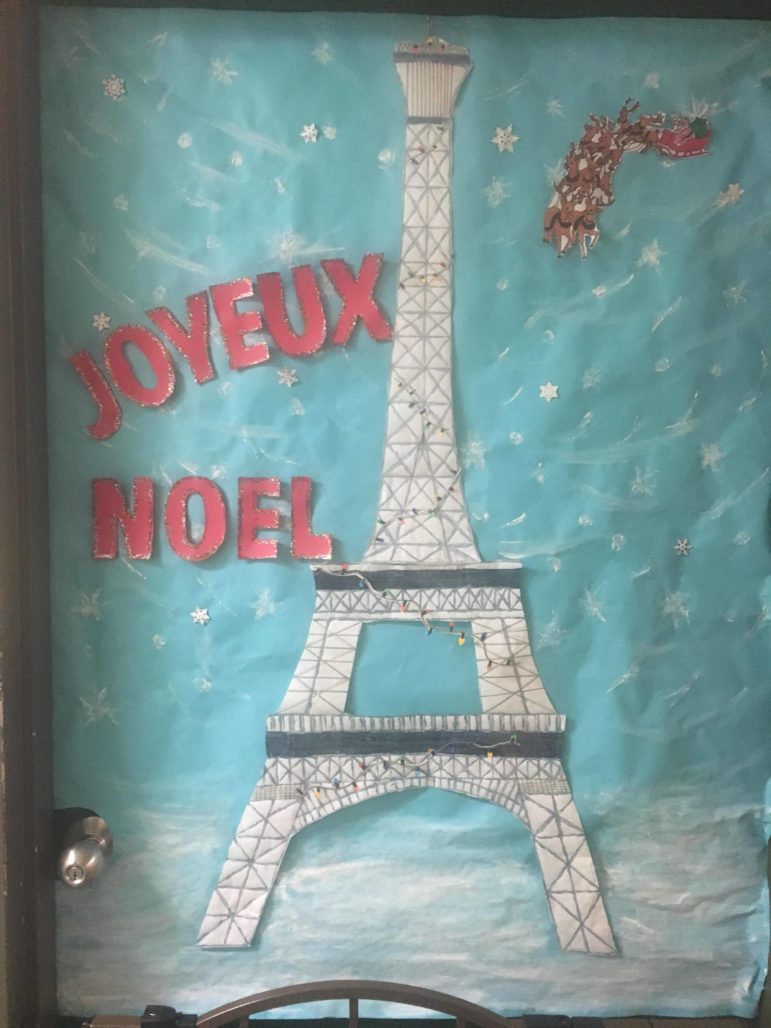