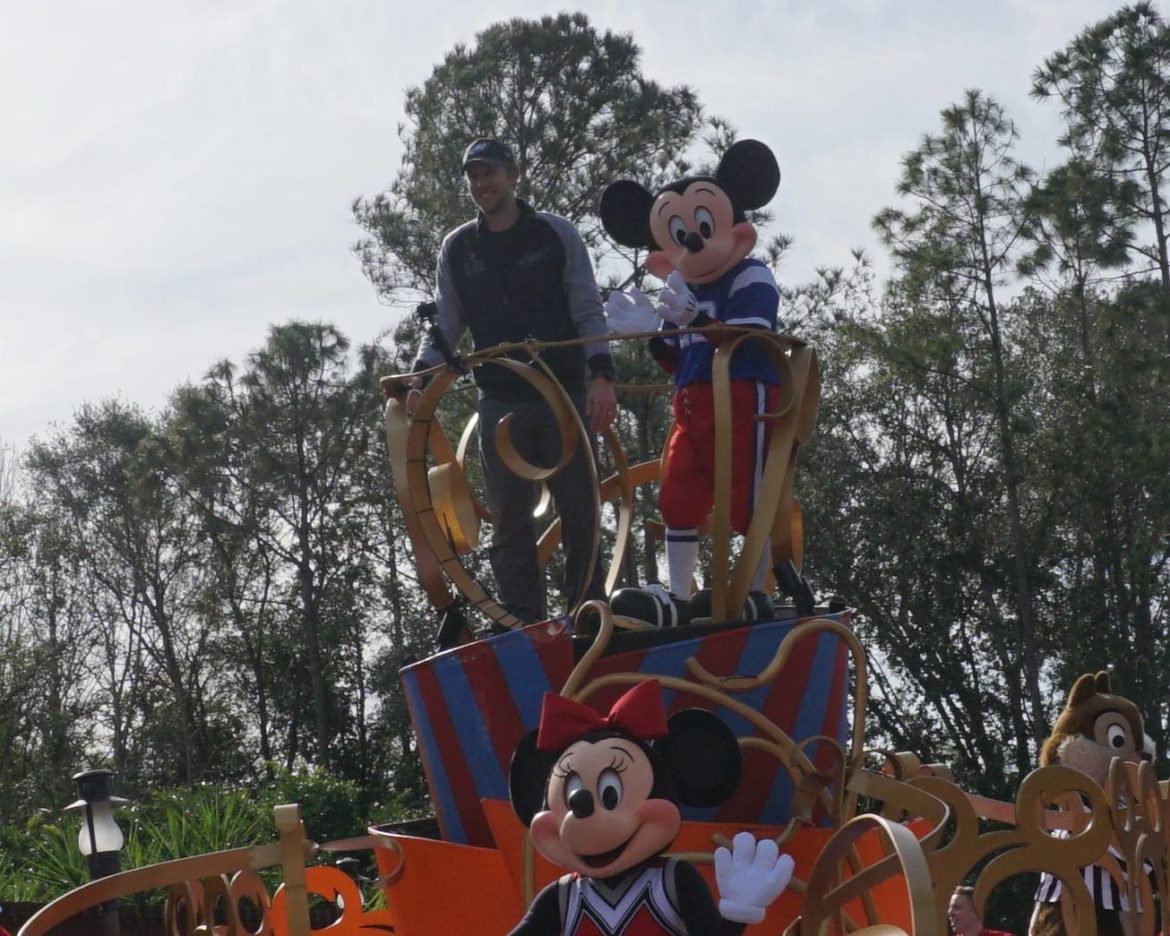 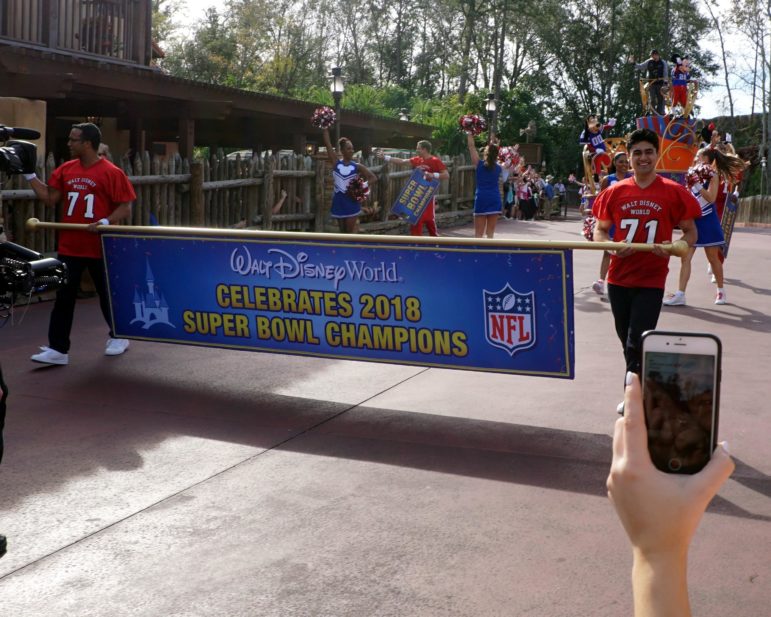 “I’m going to Disney World!” is the traditional reply of a winning Super Bowl quarterback when asked what he’s going to do next. And that’s exactly what Eagles QB and Super Bowl LII MVP Nick Foles did Monday. 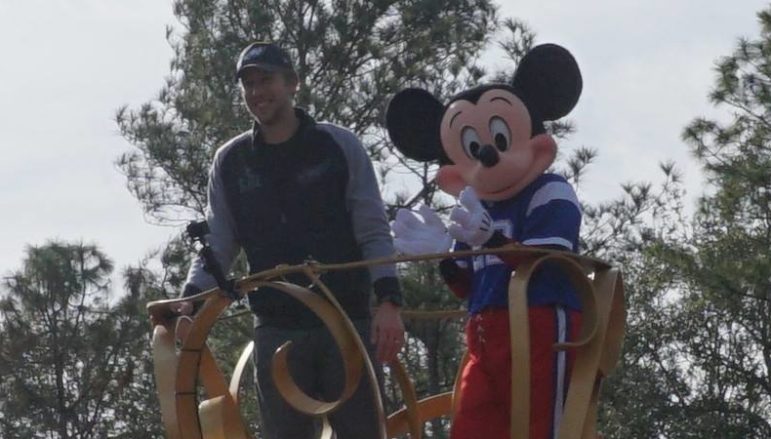 2018 Super Bowl MVP Nick Foles was all smiles as he rode atop a float with Mickey Mouse at the Super Bowl Victory Parade at Disney World in Orlando Monday.

Foles was a man on top of the world just a day after leading his team to triumph against the New England Patriots in Minneapolis and their first-ever NFL championship. And in Orlando Foles truly looked it, as he rode atop a float alongside Mickey Mouse to the delight of fans and visitors. 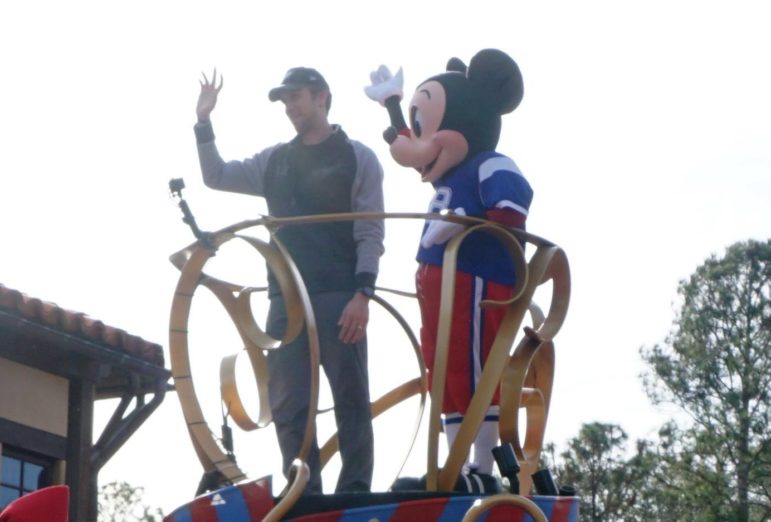 The post-Super Bowl victory parade at the Magic Kingdom is an annual tradition, and photos of it were captured by an eagle-eyed Saucon Source reader and Eagles fan who just happened to be in Florida to witness the historic event.

Foles and his victorious teammates–considered underdogs by most sports analysts and pundits before their 41-33 win Sunday–will be the toast of Philadelphia when they return to the City of Brotherly Love for a huge parade in Center City Thursday.

Parts of the city will be shut down and schools will be closed for the parade, which could be the largest Philly has seen in years. It will tentatively start at 11 a.m. at Broad Street and Pattison Avenue and head north toward the Philadelphia Museum of Art, according to the Washington Post.

Additional details are expected to be announced by city officials Tuesday.

Tell Us: Do you plan to attend the Eagles’ victory parade in Philadelphia? How are you celebrating the team’s historic victory? 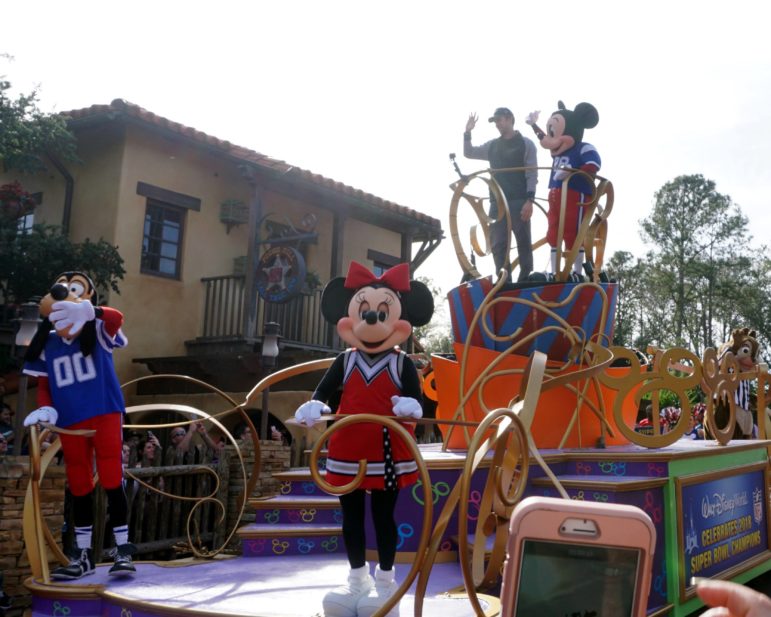 Nick Foles waves to fans and visitors at the Magic Kingdom less than a day after leading the Philadelphia Eagles to their first-ever Super Bowl win. 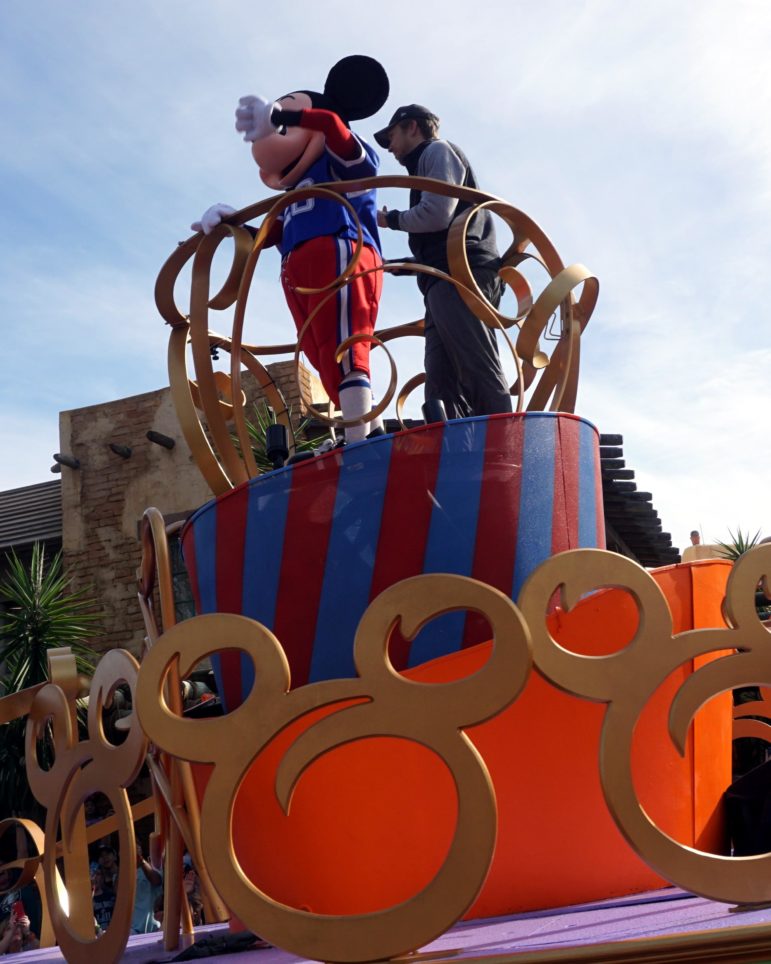