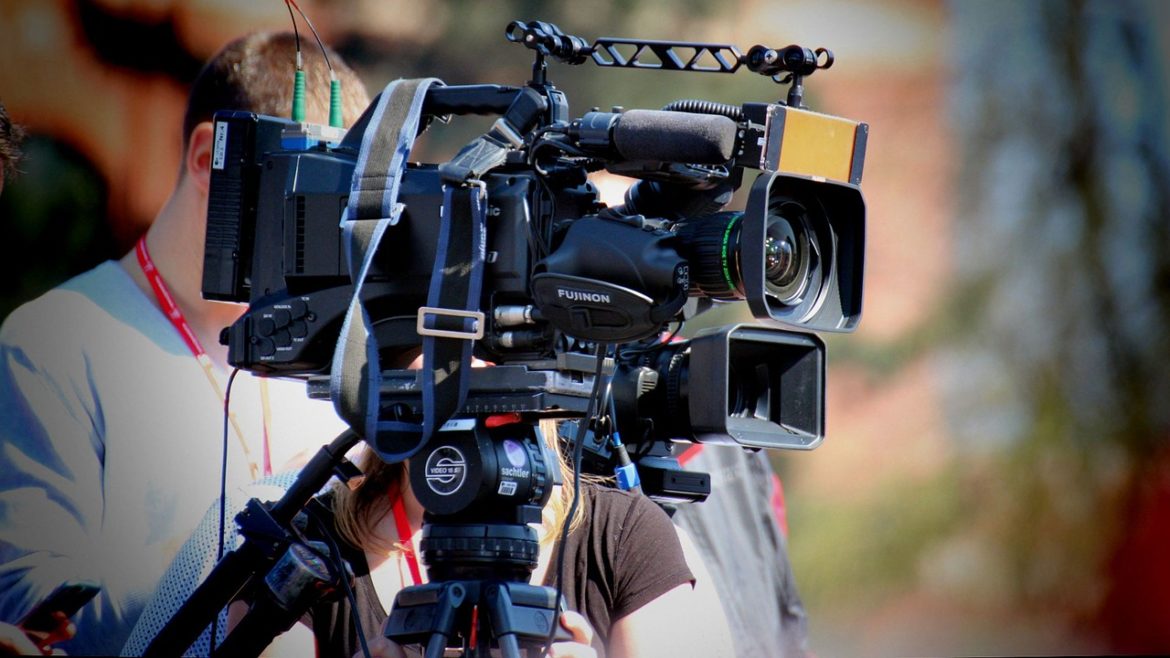 An executive at A&E Network confirmed Wednesday that an hour-long documentary about racism in Saucon Valley schools and responses to it will air Monday, March 5 at 9 p.m. ET/PT.

The locally controversial documentary was filmed last year over a period of about five months by Lincoln Square Productions, the documentary filmmaking division of ABC News.

The filming led to controversy after parents became aware in late August that filmmakers planned to film in schools, despite an anonymous threat. Individual students were only going to be filmed with parental permission.

A number of parents panned the documentary at a raucous meeting at the start of the school year, at which the school board and the district’s former superintendent were criticized for allowing the filming to take place without first seeking input from families and community members. 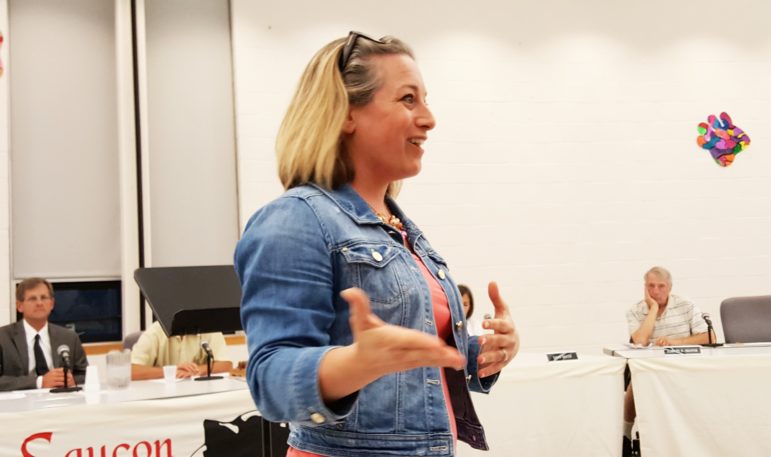 Parent Cindy Nicholas speaks about the ABC News documentary at the special Saucon Valley School Board meeting in Aug. 2017. Pictured in the background are Superintendent Dr. Craig Butler (left) and former school board member, the late Ed Inghrim. (FILE PHOTO)

Questions were also raised about whether former superintendent Dr. Monica McHale-Small had the authority to invite producers into the district without consulting with the board, most of whom backed the project. The only board member to vote against it outright was the late Ed Inghrim.

Lincoln Square Productions ultimately voluntarily withdrew from filming in schools, but producers remained in the community for several more months to film both individuals and community events, such as the Saucon Valley Spirit Parade in late October.

The crew was last known to be filming in Hellertown in early December.

In an email Wednesday, A&E Vice President of Publicity Kerri Tarmey said the “Hellertown, Pennsylvania” episode is the first of four that will air as part of a race-focused series called “Divided States.”

The following series description, air dates/times and episode descriptions were provided by Tarmey.

Readers should check their local cable television listings for additional information about how to watch “Hellertown, Pennsylvania” locally.

In this original documentary series, A&E takes an in-depth look at how racial tensions and hate crimes are impacting communities in the United States and Europe, and how community members are confronting the problem and fighting back.

A fight between students at a Pennsylvania high school leads to assault charges and an investigation into a racist video posted on Snapchat.

A man shouts racial slurs at two teens on a commuter train, prompting three male passengers to intervene. In the ensuing altercation, the man allegedly stabs the three men, killing two of them and wounding the third.

A Kansas gunman allegedly opens fire on two Indian nationals in a sports bar, killing one and wounding the other. An ex-Marine is also wounded trying to stop him.

Fueled by terror politics and the refugee crisis, a surging tide of right wing nationalism spreads across Europe, the likes of which have not been seen since World War II.

Do you plan to watch the “Hellertown, Pennsylvania” episode of Divided States on A&E Network? Tell us why you will or won’t be tuning in in a comment.