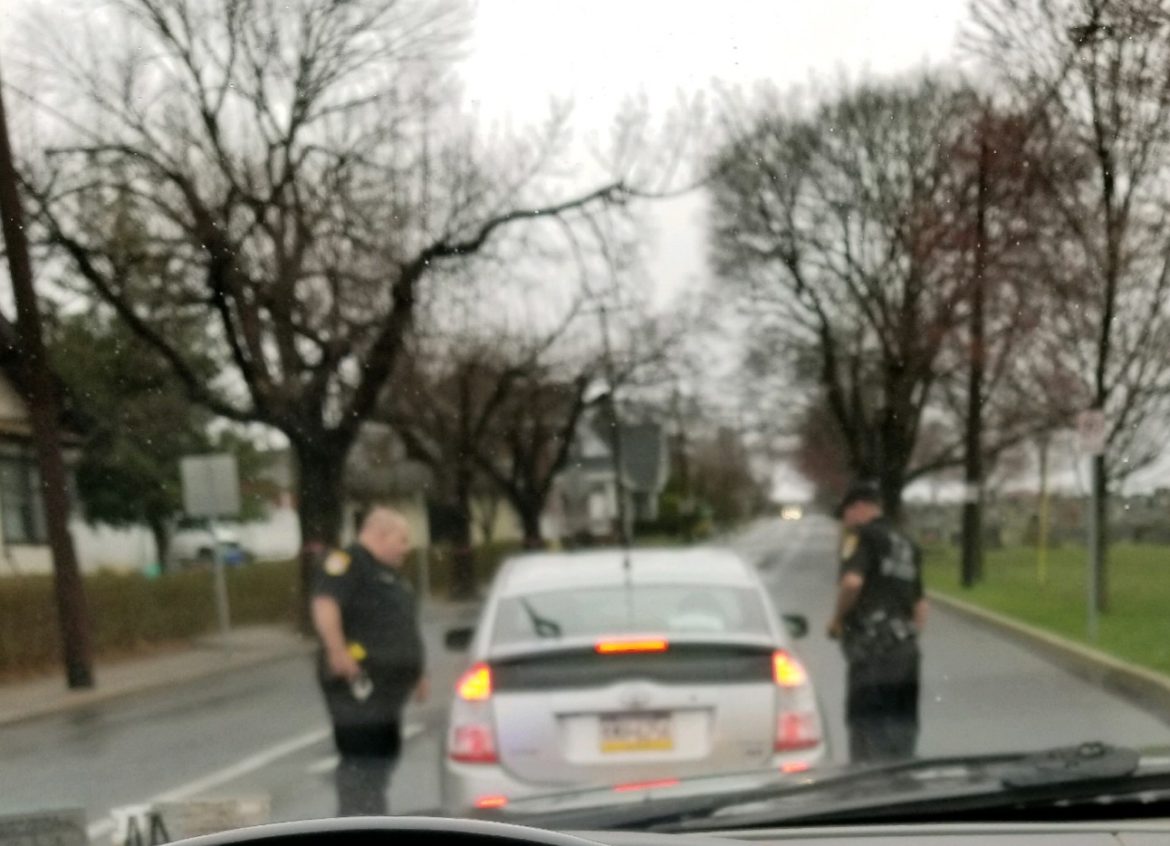 Police approach the car of a woman stopped on Walnut Street in Hellertown after a witness reported seeing her driving erratically and passing out behind the wheel of her car.

A local man reached out to Saucon Source to describe what he called a “scary” several minutes Monday morning, when a woman he said he followed as he spoke to a 911 operator passed out behind the wheel at least two times and at one point drove the wrong way down a local road.

Aaron Kochsmeier said he was driving on Meadows Road in Lower Saucon Township at around 11:30 a.m. when he observed a silver Toyota Prius stopped partially off the roadway in the area of Obriens Court.

Aaron Kochsmeier took this photo of a car he found stopped along Meadows Road Monday morning. Kochsmeier said the female driver was hunched over the steering wheel and appeared to be passed out.

Out of concern for the driver’s welfare, he said he stopped his car and approached the woman to ask if she was alright.

Kochsmeier said the woman was “hunched over the steering wheel” but lifted her head briefly to say “yeah” before putting her head back down.

At that point Kochsmeier said he called 911, and as he was on the phone with an operator the woman took off in her car, headed in the direction of Hellertown.

Kochsmeier said he followed her–remaining on the phone with the operator–and watched as the woman continued east on Skibo Road before he said she passed out a second time near the entrance to Four Seasons.

When she awoke, she began driving east again but veered into the opposing lane of travel and continued to drive in that lane down the hill, before returning to the correct lane near the Saucon Creek bridge, he said.

“It was scary,” Kochsmeier said of what he witnessed.

By the time the woman was near the intersection of Main and Walnut streets in Hellertown, police who had been radioed were able to intercept her by Union Cemetery, where Kochsmeier said the woman passed out a third time in her stopped vehicle.

Police officers from Hellertown and Lower Saucon Township approached and Kochsmeier said they had to repeatedly order the woman to put her car in park. 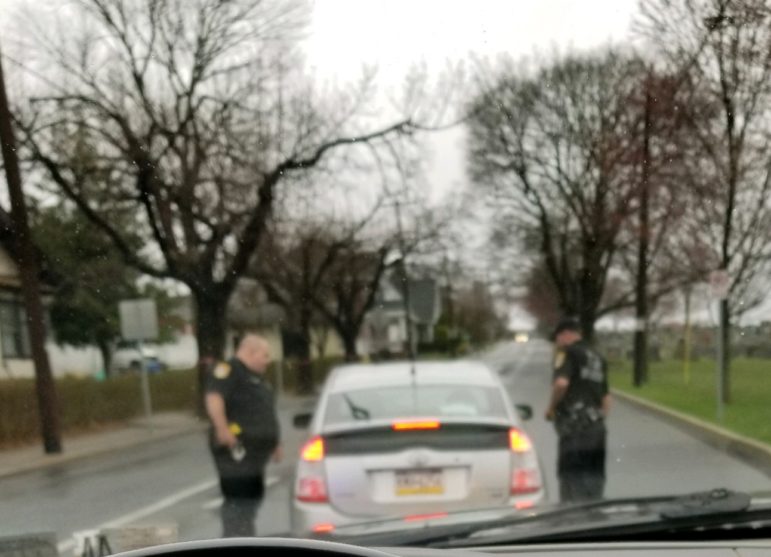 Hellertown and Lower Saucon police approach the car of a woman stopped on Walnut Street in Hellertown after a witness reported seeing her driving erratically and passing out behind the wheel of her car.

“It was wild,” he said, adding that he subsequently gave a sworn witness statement to police.

The vehicle stop next to the cemetery drew the attention of passing motorists, as about 10 police cars and two ambulances were present at it; a fact confirmed by another eyewitness photo taken on Main Street.

A photo of the stop which involved multiple police from two jurisdictions as well as two ambulances. (Credit: Diana Chapman)

Saucon Source reached out the Hellertown Police Department for more information about the incident and whether charges are planned in the case.

Lower Saucon police have not issued any information about the incident.

If or when more information becomes available, this story will be updated.