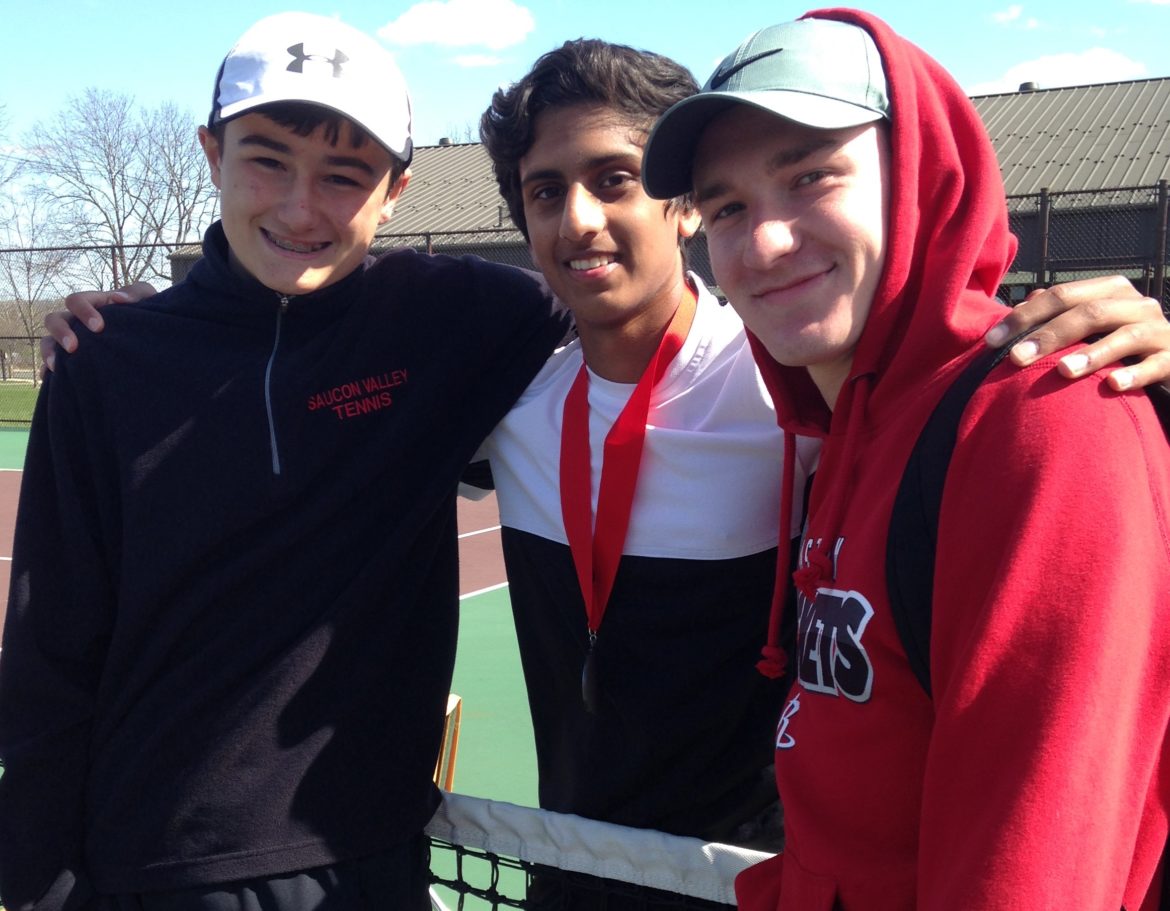 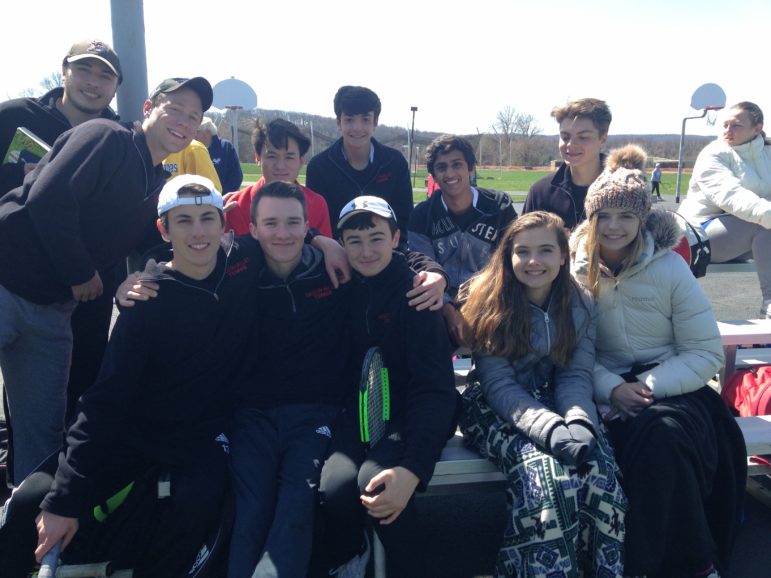 Head coach Joann Ochse reports that the Saucon Valley boys tennis team is having a very successful season, finishing their regular season play with a record of 14 wins and just two losses.

The team recently competed in the Colonial League Team Championships. 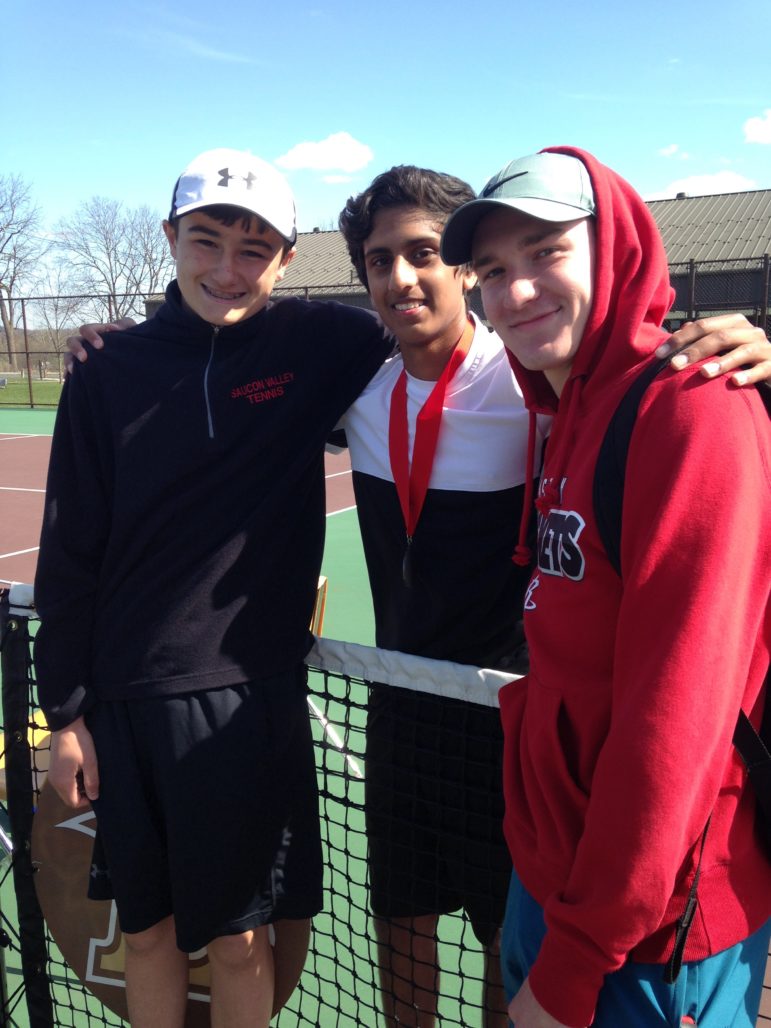 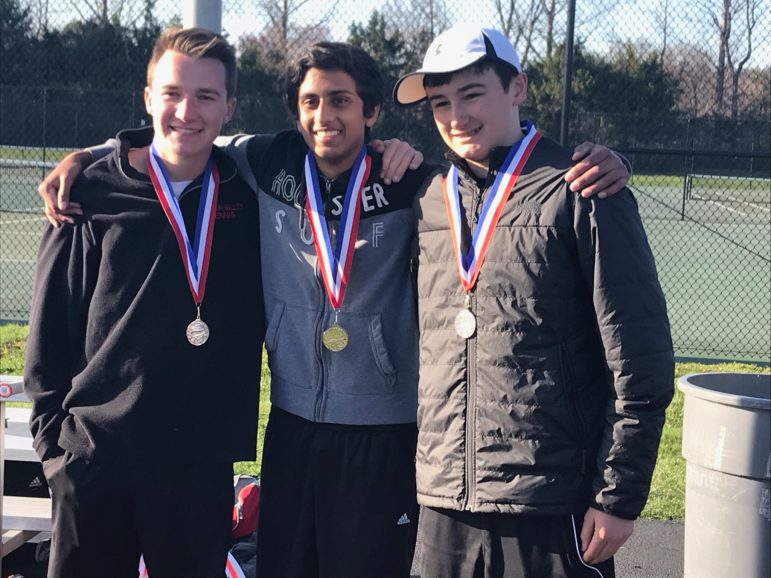 Michael Andres won his first round easily and then lost 6-2, 6-7, 10-5 to the #4 seed. Joel Thompson won his first two rounds before losing in the quarterfinals to teammate Tej Laliwala. Tej Laliwala won the silver medal in the championship round.

Next up are the District Team Championships.