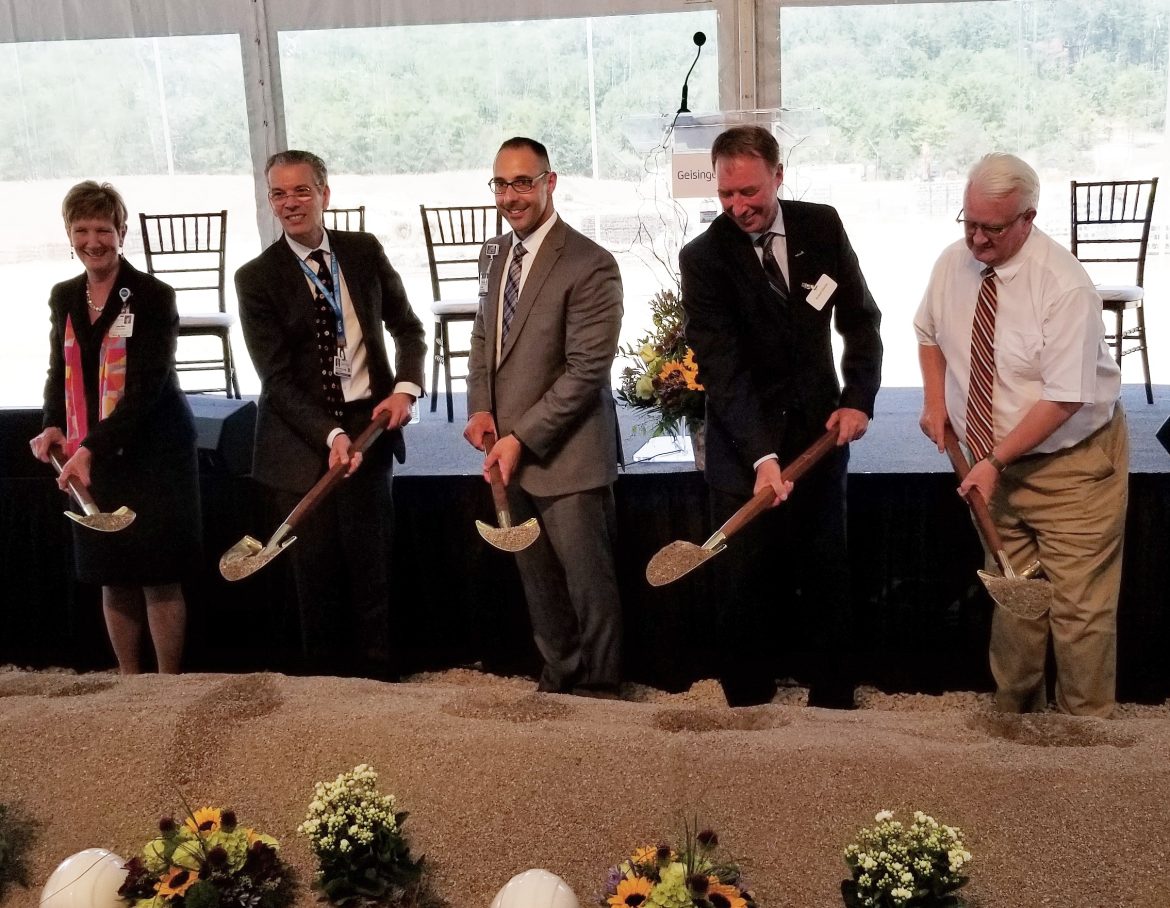 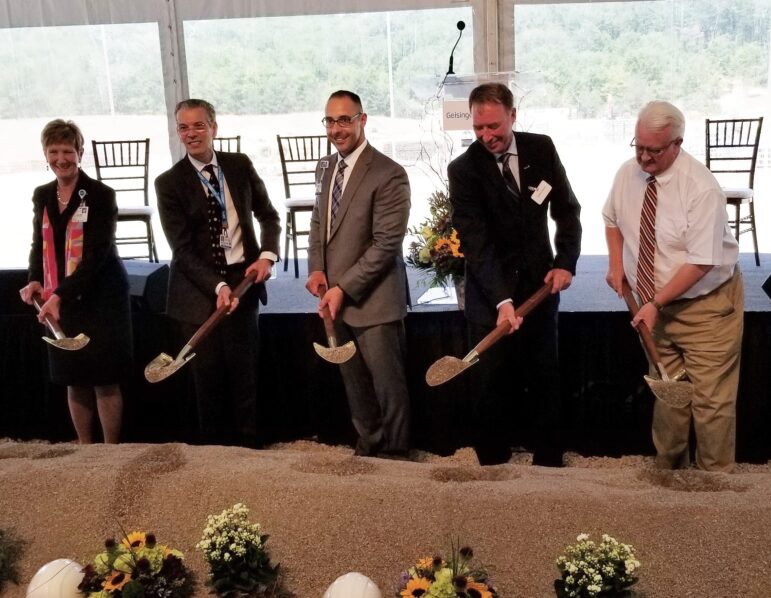 The 120,000 square-foot, three-story hospital designed with patients in mind will serve residents of both Berks and Schuylkill counties, providing them with a “continuity of care,” Geisinger St. Luke’s Hospital president Gabe Kamarousky told more than 100 attendees at the groundbreaking ceremony just off Rt. 61. 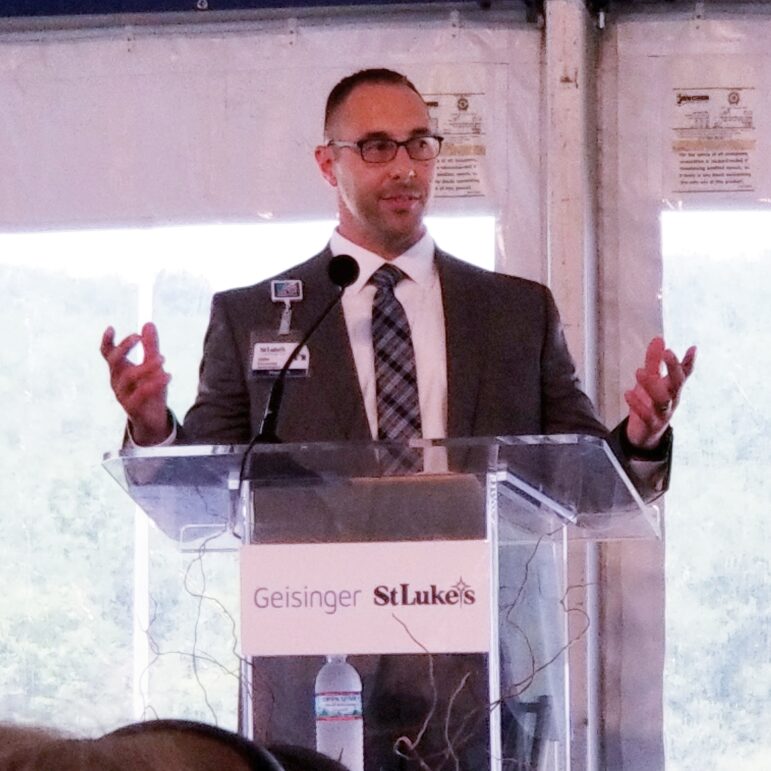 Kamarousky noted that Geisinger has been providing care to residents of the fast-growing region for 25 years, and explained that the collaboration with St. Luke’s is the first of its kind in Pennsylvania.

“We’re all in,” said Geisinger president and CEO David T. Feinberg, MD, of the partnership. “We don’t want you to have to leave town to get the world’s best in-patient care.”

St. Luke’s President & CEO Richard A. Anderson was not present for the ceremony, but SLUHN Senior Vice President, Network Development & Strategy Officer Robert Martin spoke effusively of the partnership with Geisinger, which he called “the perfect marriage.” 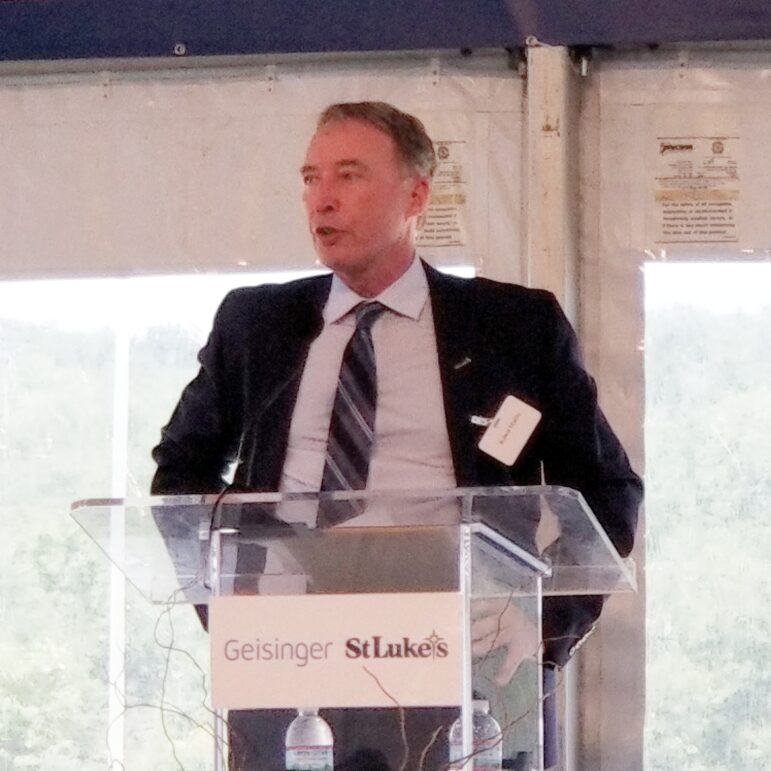 Martin noted that 60 years ago the site on which the hospital is now being constructed was occupied by the Deer Lake Drive-in movie theater.

Six decades ago no one could have imagined that in the future movies would be watched on a smartphone, on demand, anywhere in the world.

Martin asked attendees to apply that same line of thought to the future of health care.

He promised the residents of the area that the new hospital and the care provided at it will exceed their expectations, as it will be the “crown jewel of health care in Schuylkill County.”

State Rep. Jerry Knowles (R-124), who represents the area in Harrisburg, said he is excited to welcome a new hospital to his corner of Schuylkill County. 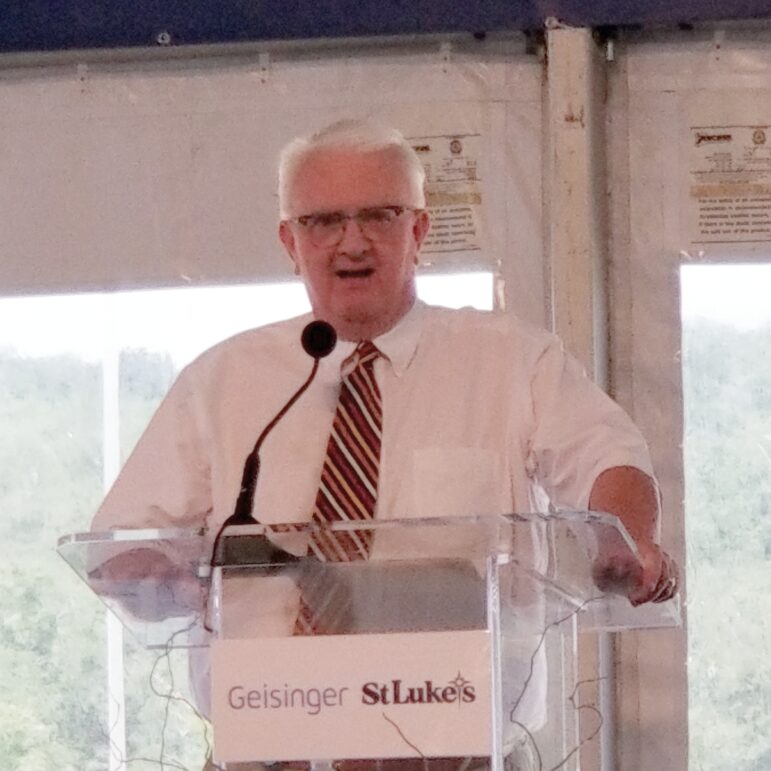 “I want to thank you for what you are doing,” he told the hospitals’ executives.

The hospital groundbreaking was the second in as many months for St. Luke’s University Health Network.

In June, Anderson oversaw the groundbreaking ceremony for the new Women and Babies Pavilion now under construction at St. Luke’s Anderson Campus in Bethlehem Township. 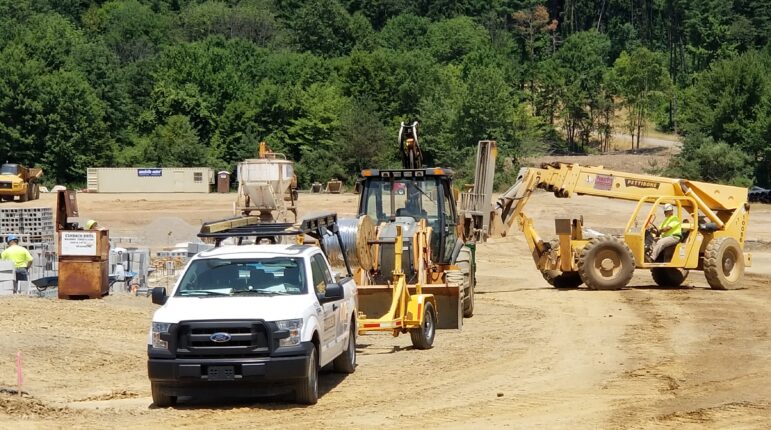 Construction of the new 120,000 square-foot hospital on the site of the former Deer Lake Drive-in theater in West Brunswick Township, Schuylkill County, is already well under way. 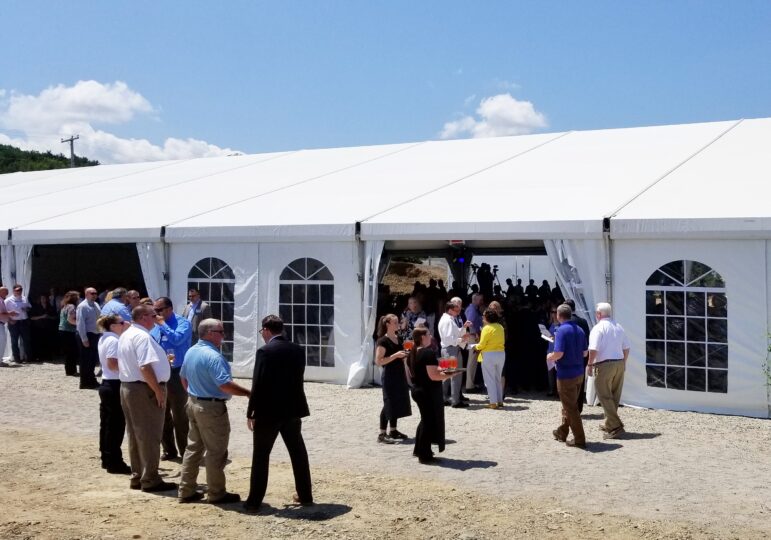 A reception was held immediately following the groundbreaking ceremony Thursday for the 80-bed Geisinger St. Luke’s Hospital that will open near Orwigsburg, Schuylkill County, in late 2019.