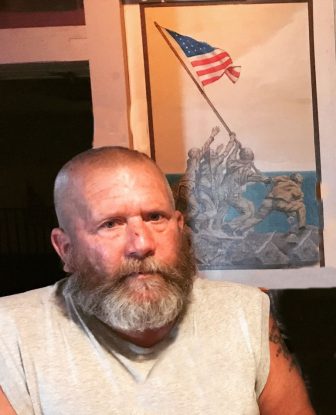 He was born in Quakertown on June 18, 1956 to June V. (Thatcher) of Allentown and the late Robert F. Sr. He served our country faithfully in the U.S. Marine Corps during the Vietnam War. Lump was a self-employed construction worker for many years in the Lehigh Valley. He was a charter member of the Williams Township Veteran Memorial Committee and Edward H. Ackerman American Legion Post 397, Hellertown. He dedicated his life to the fallen brothers and sisters who served in the Armed Forces. Glen was a loving father and an adopted father to everyone.

In addition to his mother; children: Daniel G. of Hellertown, Jason R. of Denver, Colo., Jessica L. of Hellertown; faithful companion: Lilly; siblings: Wally C. (Stacy) of Hellertown, Roy A. of Northampton, Michele L. Bean of Allentown, Renee S. (Roark) Gover of Northampton; many nieces and nephews. He was predeceased by a brother: Robert F. Jr.

Military honors will be accorded at 6 p.m. Friday, March 8, 2019 in front of the Edward H. Ackerman American Legion Post 397 Legion Home, 935 Main St., Hellertown. The honors ceremony will be followed by a calling period (on the second floor) with a celebration of life to be held at 7:30 p.m. Casual attire is requested. Online expressions of sympathy can be recorded at www.heintzelmancares.com. Arrangements are by the Heintzelman Funeral Home Inc., Hellertown.