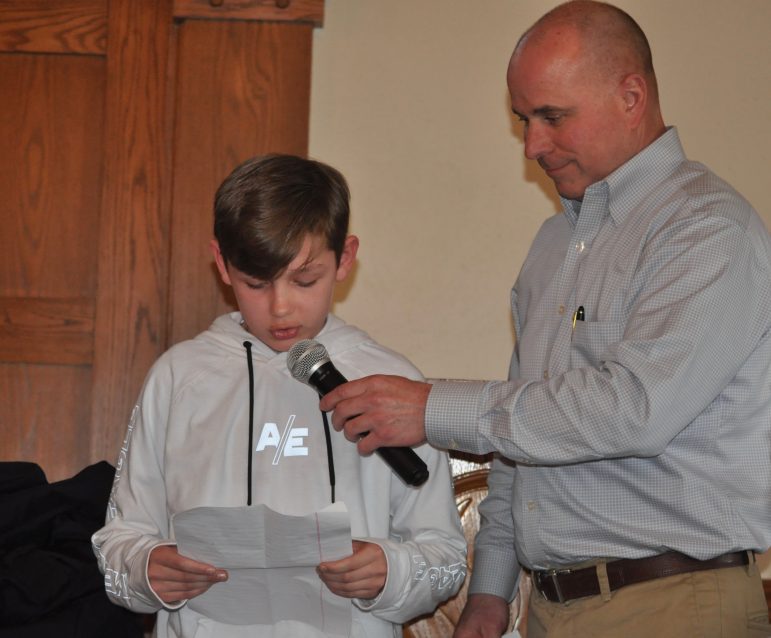 Sixth-grader Aiden Grogg read remarks in which he thanked his coaches at the wrestling banquet Sunday. Holding the microphone for him is Saucon Valley Wrestling Club President David Spirk.

Another tremendous season was celebrated and the future dreams of those who aspire to achieve the success of a wrestler like Saucon’s Josh Jones were stoked at Sunday’s 2019 Saucon Valley Wrestling Banquet at Steel Club.

Saucon Valley Wrestling Club President David Spirk was the emcee for the event, which was attended by Saucon Valley High School, middle school and youth wrestlers, along with their families, coaches and supporters.

Spirk exhorted the boys to always “work hard” and “be good examples,” even when there is temptation not to do those things.

Youth wrestling head coach Ben Chunko commended his wrestlers for “another great year” in which they achieved an overall record of 12-3 and went undefeated in their division. Saucon youth wrestlers also won their division for the fifth year in a row.

“We’re only as good as everybody–all the parents in the program,” Chunko said. “Thank you very much.”

“This is one of the best groups of kids that I’ve ever had the privilege of coaching,” said high school head coach Chad Shirk, noting that the 2018-2019 high school team won Saucon Valley’s fourth district title in four years.

The Most Improved award went to senior Nick Rosengrant.

And the Outstanding Wrestler award went to senior Josh Jones, who Shirk said “is everything that you want out of a wrestler.”

The name “WOW” originated from a tattoo Lorraine got one year on a dare from the wrestling team. Written upside down, “wow” spells out “mom,” and that was the word Lorraine saw whenever she looked down at it. It was also how she felt about her role as a devoted Saucon wrestling fan for 42 years, Cathy said.

“She never recognized Saucon Valley as a community,” she explained. “She recognized them as her family.”

Also recognized at the event were the parents and volunteers who contributed to help make the 2018-2019 Saucon Valley wrestling season a big success. 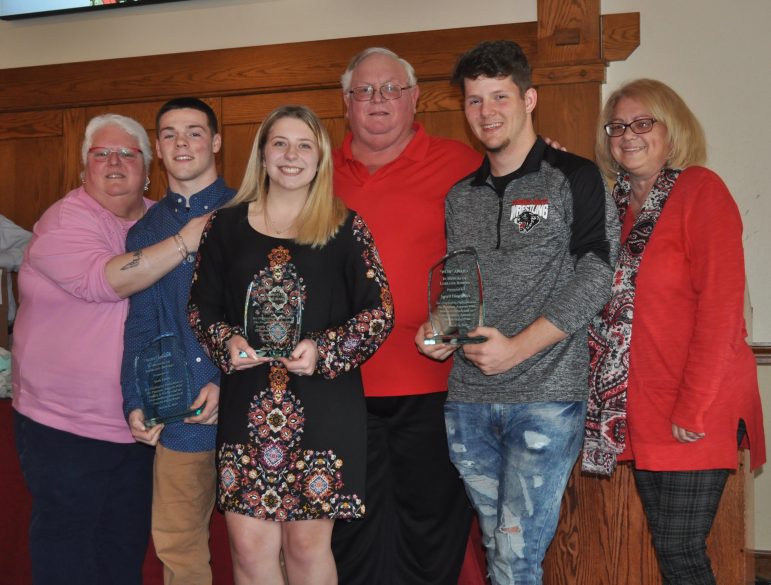 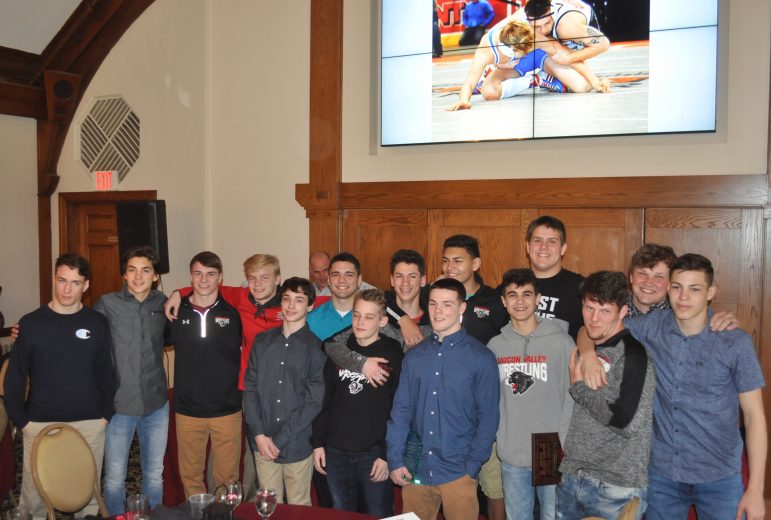 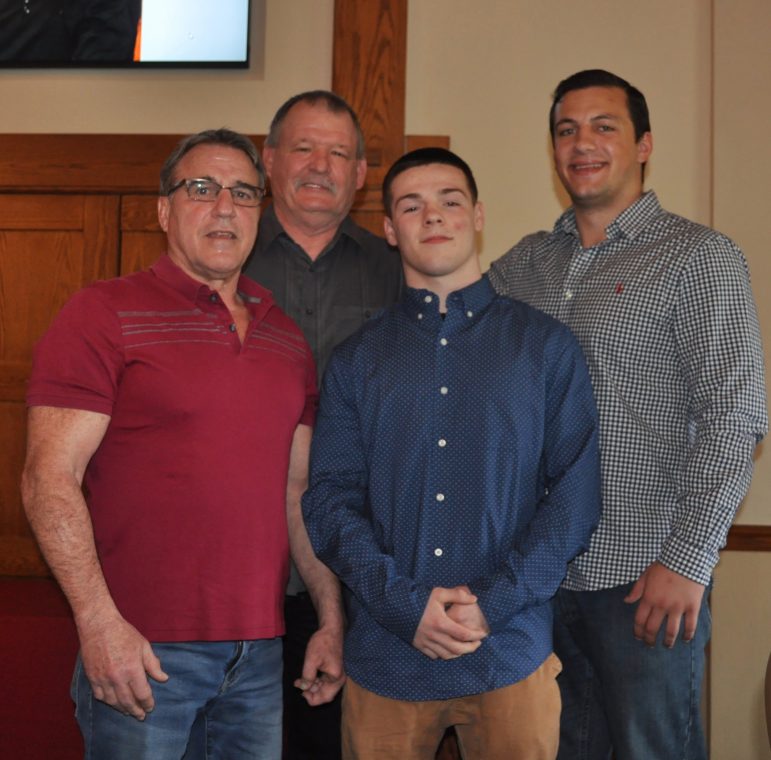 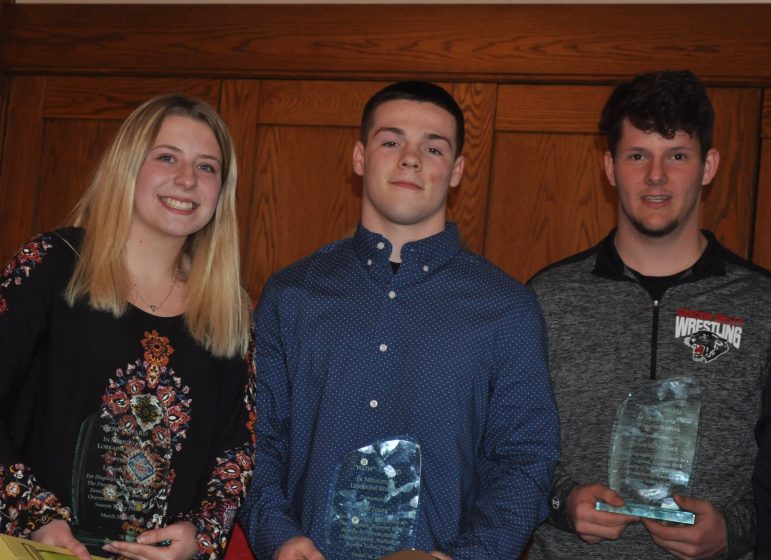 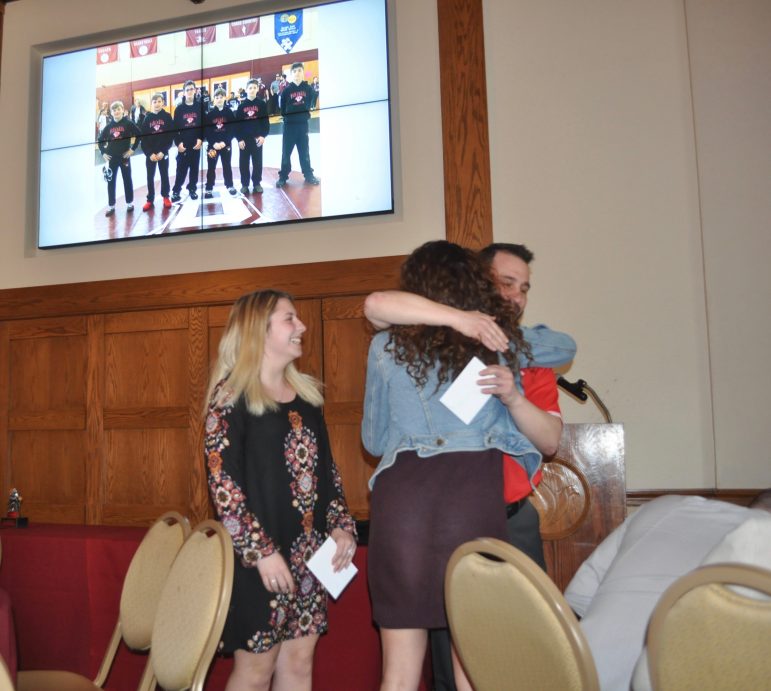 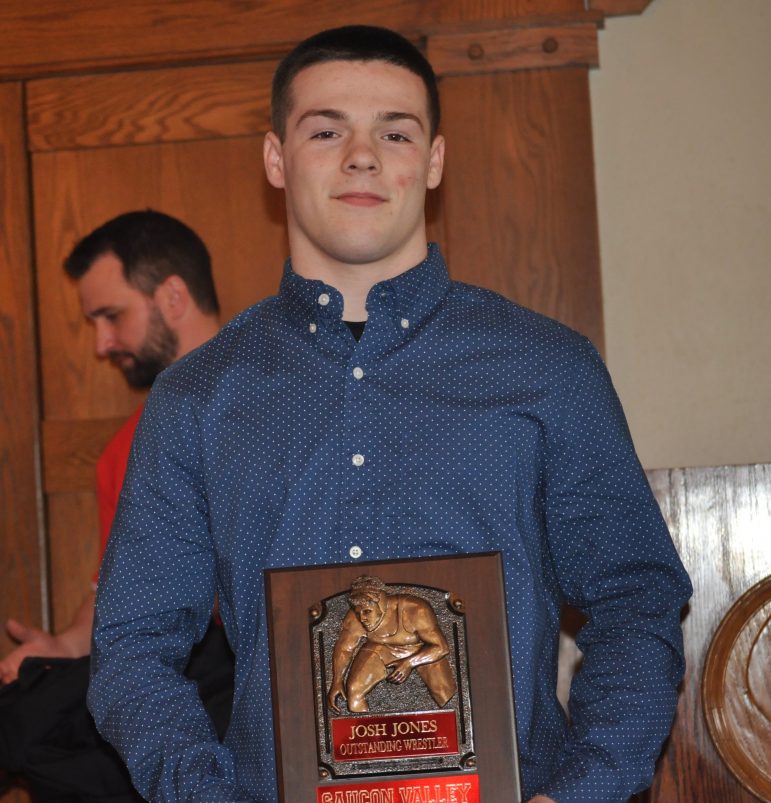 Saucon senior Josh Jones was named Most Outstanding Wrestler for 2019. 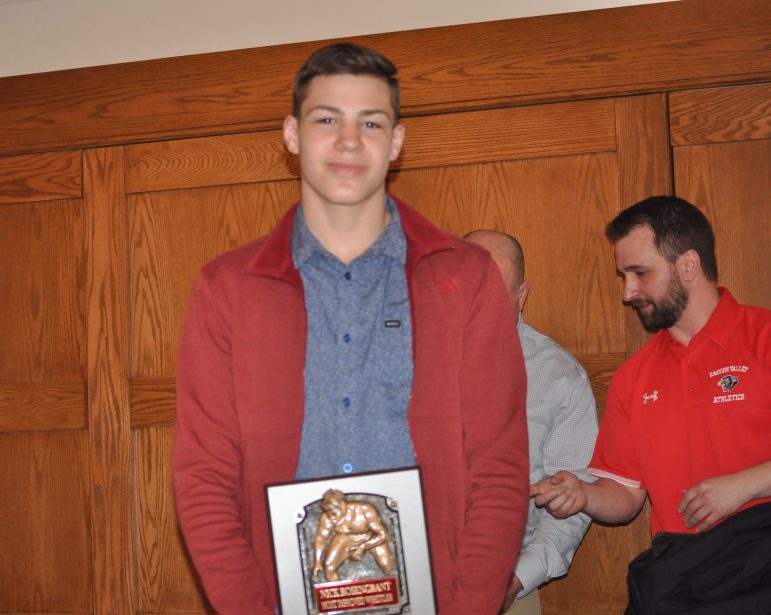 Nick Rosengrant was named Most Improved wrestler for the 2019 season. 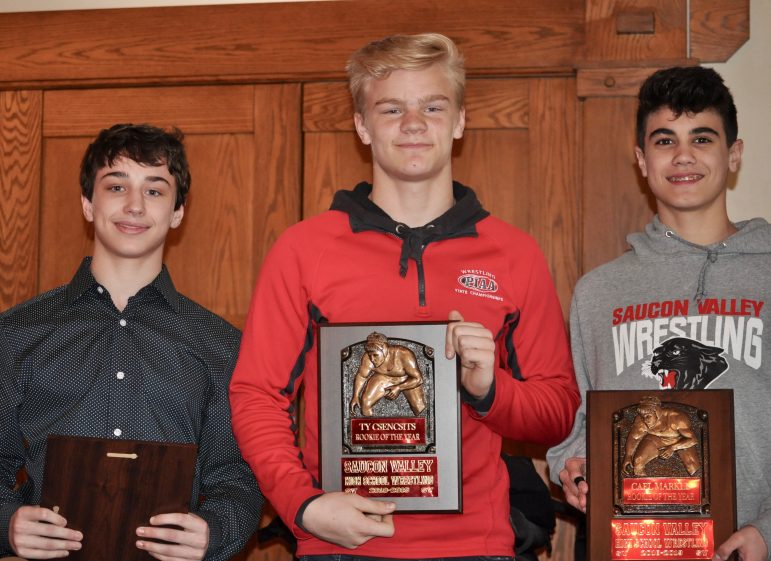 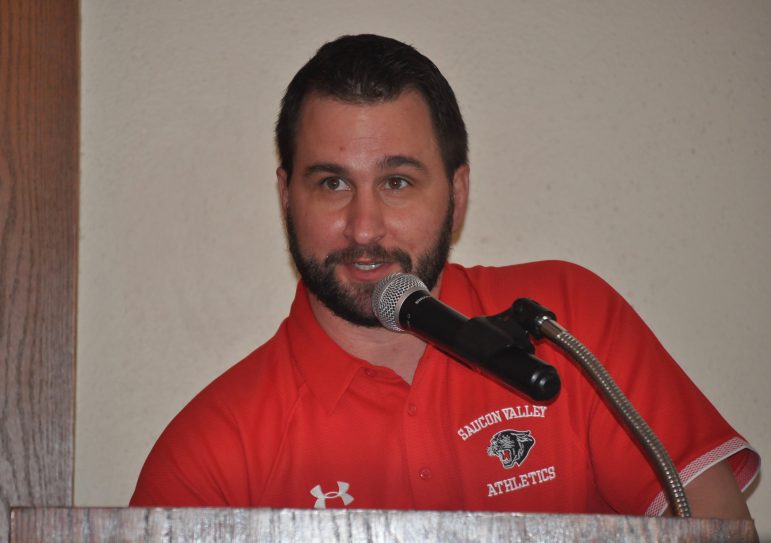 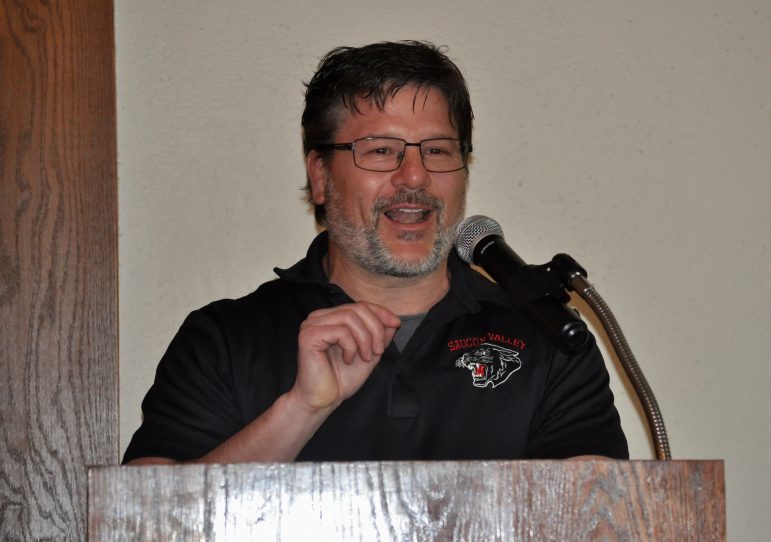 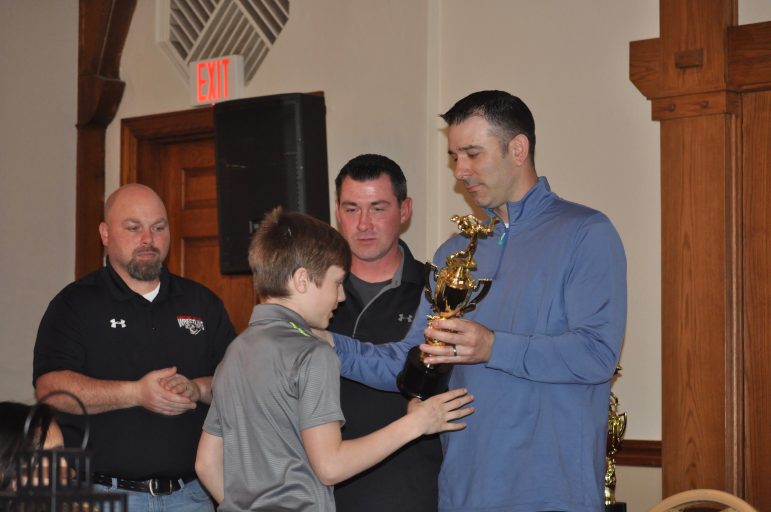 Assistant youth wresting coaches recognized Jackson Albert as being their Most Improved wrestler in 2019. 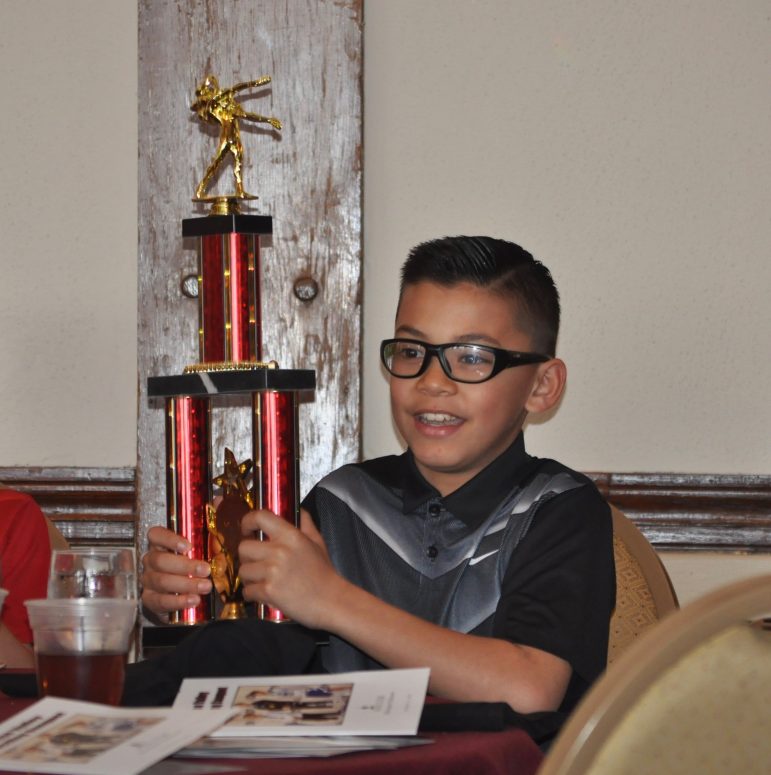 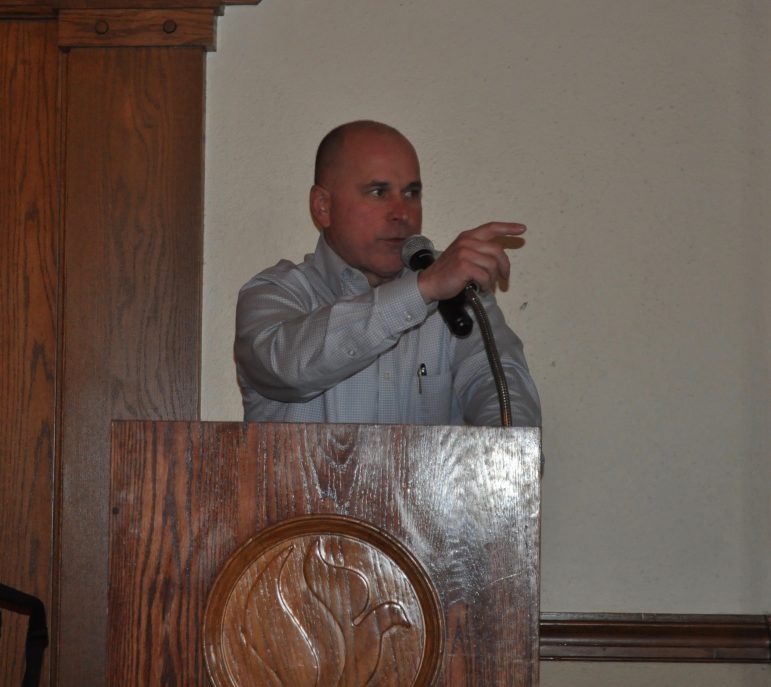 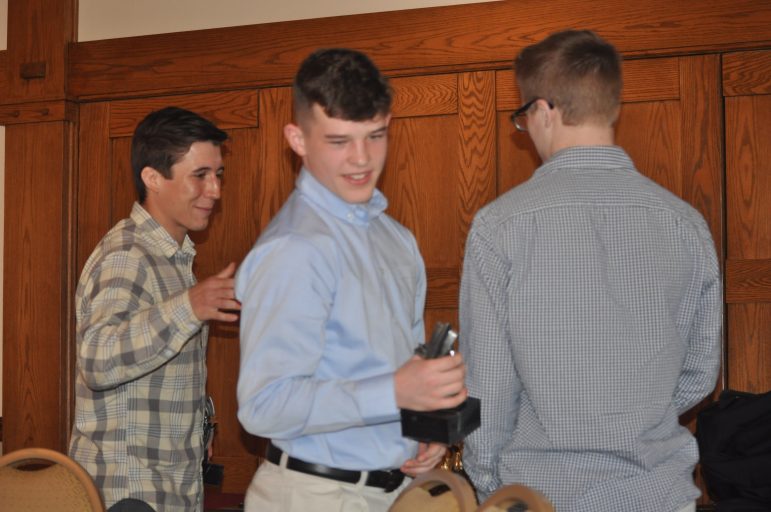 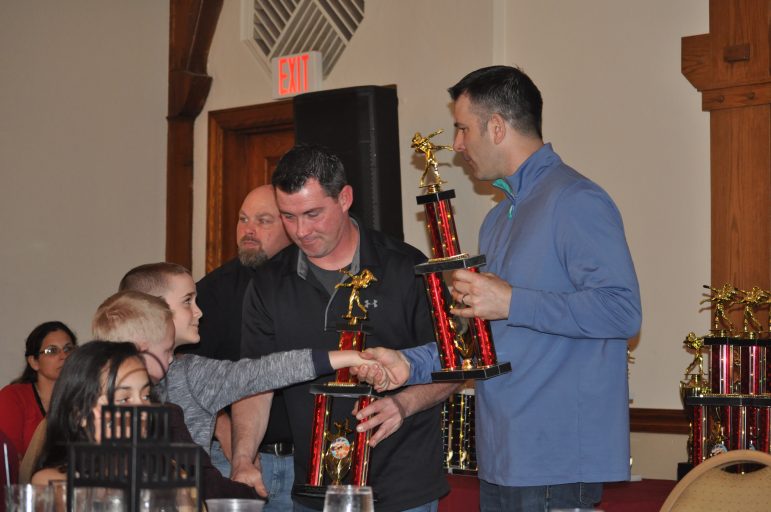 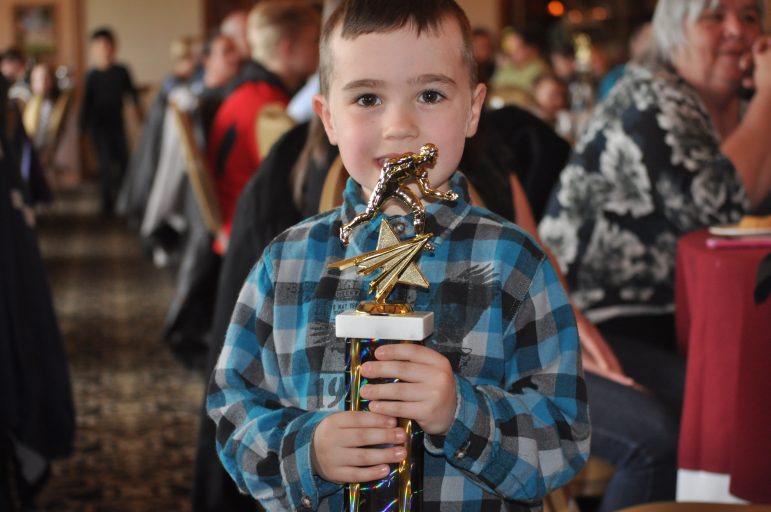 The littlest of Panthers picked up awards at the 2019 Saucon Valley Wrestling Banquet Sunday.