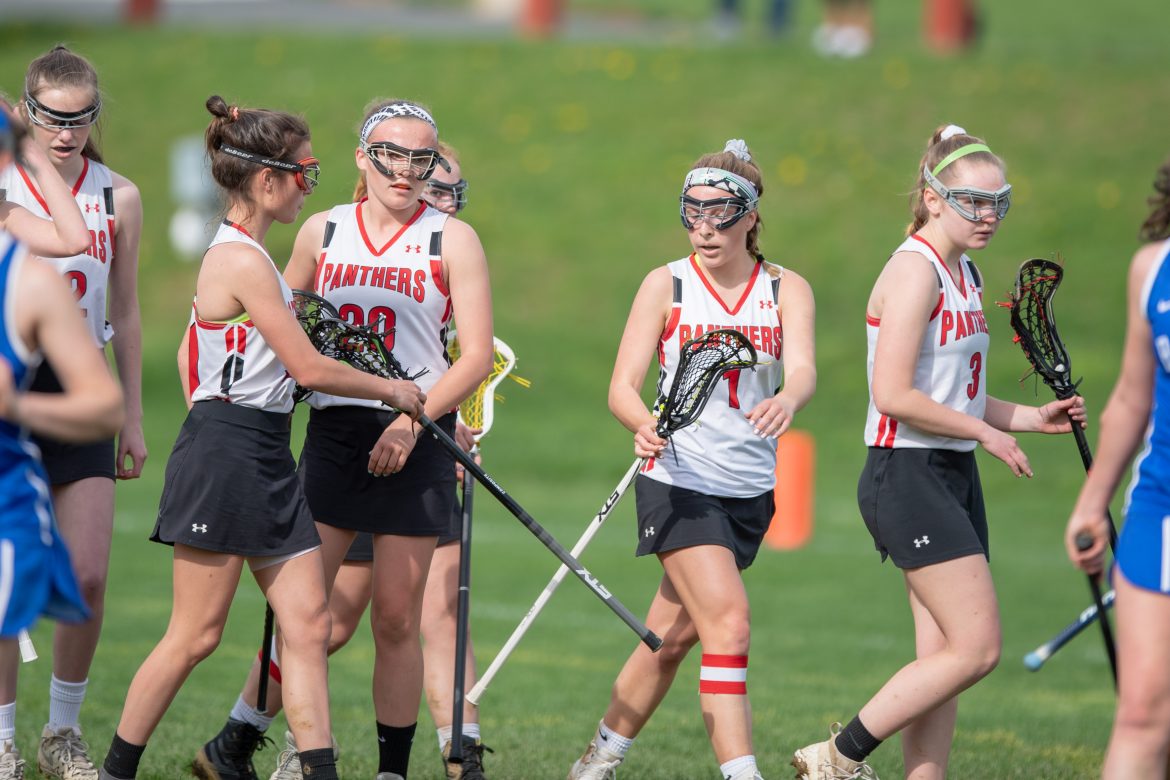 After Thursday’s stinging loss at the hands of Freedom which knocked the Saucon Valley girls lacrosse team from the ranks of the unbeaten, the Panthers were looking for redemption.  With three days to practice and reflect, the Lady Panthers figured to take the field on Monday roaring to go against the Pleasant Valley Bears.  The Bears, with their 9-2 record, came to Hellertown looking for a fight. The Panthers, too, appeared to be in the mood for a scrap.

Saucon Valley was quick to pounce as they jumped out and built a 5-0 lead twelve minutes into the game.  The Panthers registered goals from Camryn Zavacky (2), Maria Donahue (2) and Katherine Naiburg.  It was a great start for Saucon.

It wasn’t until half way through the 1st half that the Bears were able to get on the scoreboard.  But, the Panthers quickly answered with goals from Katie Marker, Kiele Riefenstahl and another by Zavacky.  Pleasant Valley managed another score at the very end of the opening half but the Bears had dug themselves quite a hole.  At the intermission Saucon Valley was cruising with a 9-2 advantage.

Whatever message that was delivered to the Lady Bears at halftime must have made an impact.  Pleasant Valley scored seven of the next eight goals.  Katie Marker scored the lone Panther point during the span but the Bears were right back into the thick of things.  With sixteen minutes remaining in the game, the Panther lead evaporated to a slim 10-9 advantage. 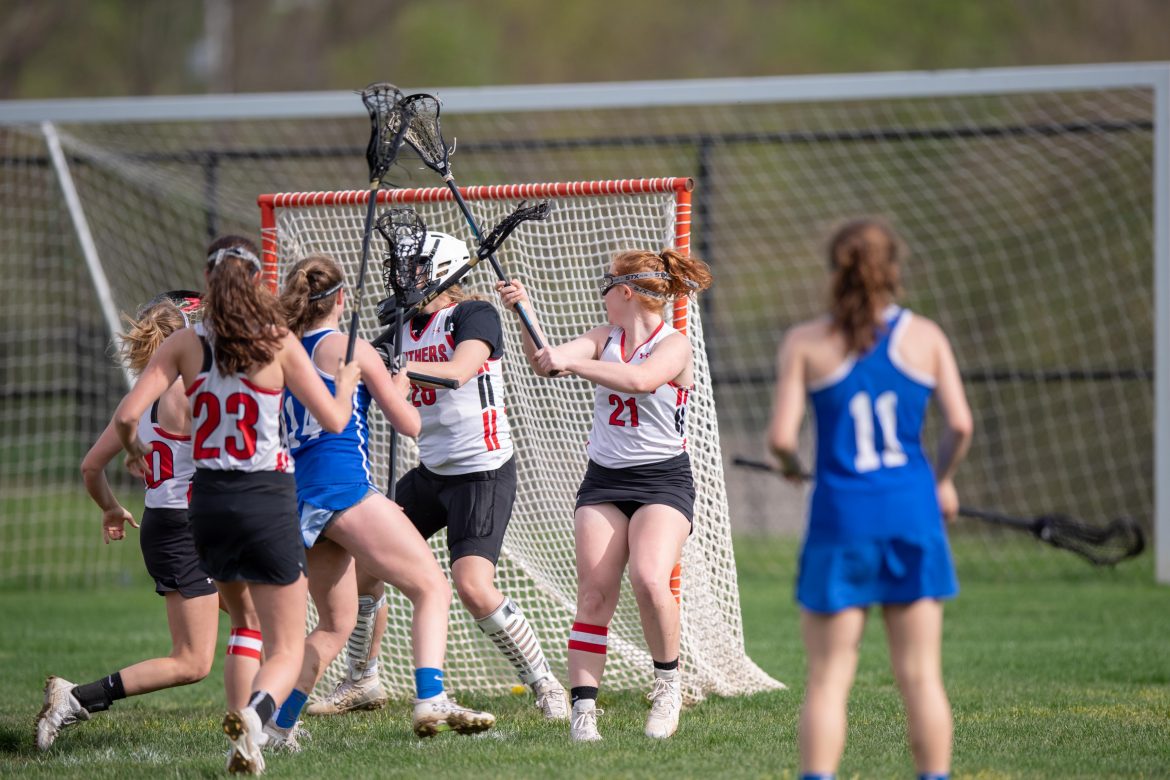 The Bears were wounded, but bravely fought their way back to make it a competitive game.

The Panthers however responded with a little, four-goal run that made the score 14-9 with about eleven minutes left to play.  Katie Marker, Siobhan Coakley, Maria Donahue and Camryn Zavacky all lit the scoreboard for the Panthers.

Pleasant Valley would find net at 10:23 to make the score 14-10, but the Panthers poured it on to finish the game. Two more goals each by Zavacky and Megan Kane along with single scores from Katherine Naiburg and Salome Carr put 20 points on the board for the Panthers.  Pleasant Valley’s last gasp came at 6:30 on a nice goal, but the contest ended as a 20-11 victory for Saucon Valley. 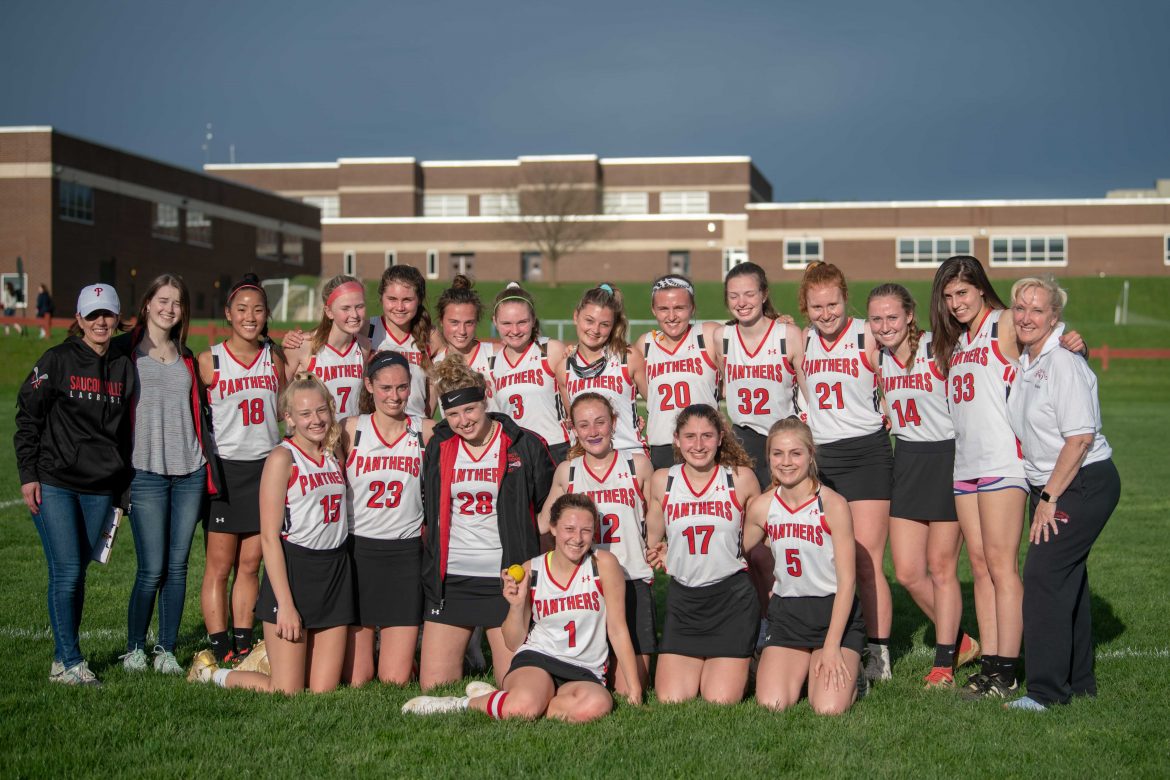 The team rallies around Camryn Zavacky (#1) for a photo-op  immediately after she scored her 100th career goal against Pleasant Valley.

UP NEXT:  The Panthers (7-1) will refocus and, once again, defend their home field.  The Panthers will battle the Northwestern Lehigh Tigers today (Tuesday) at 4:30 p.m. Saucon defeated Northwestern earlier this season by a 19-2 score. 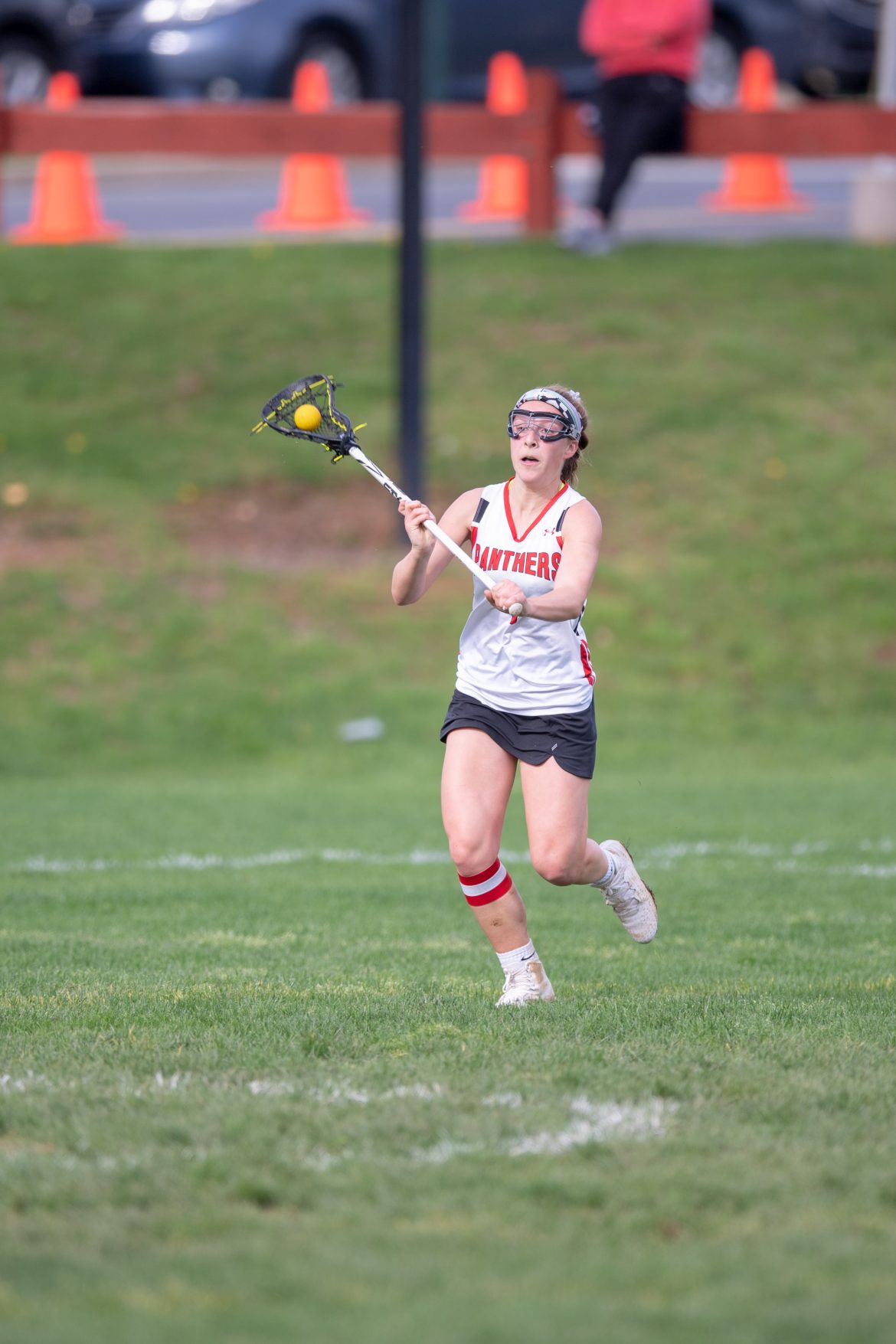 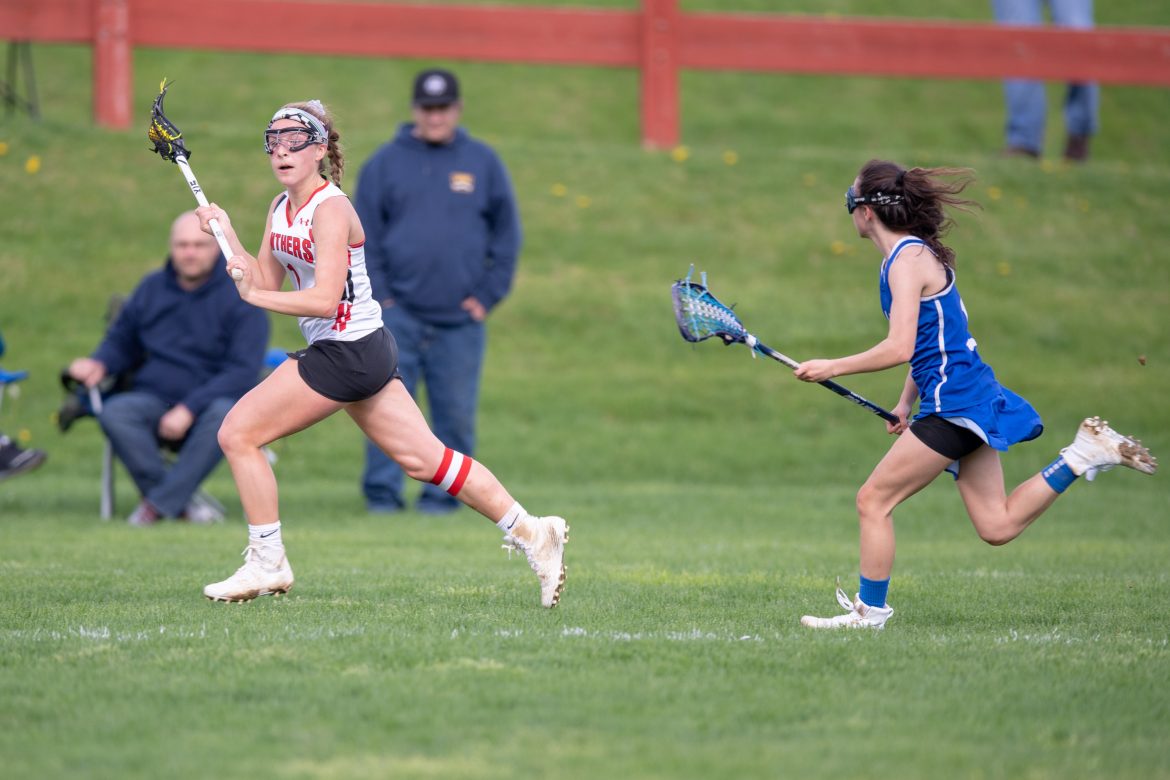 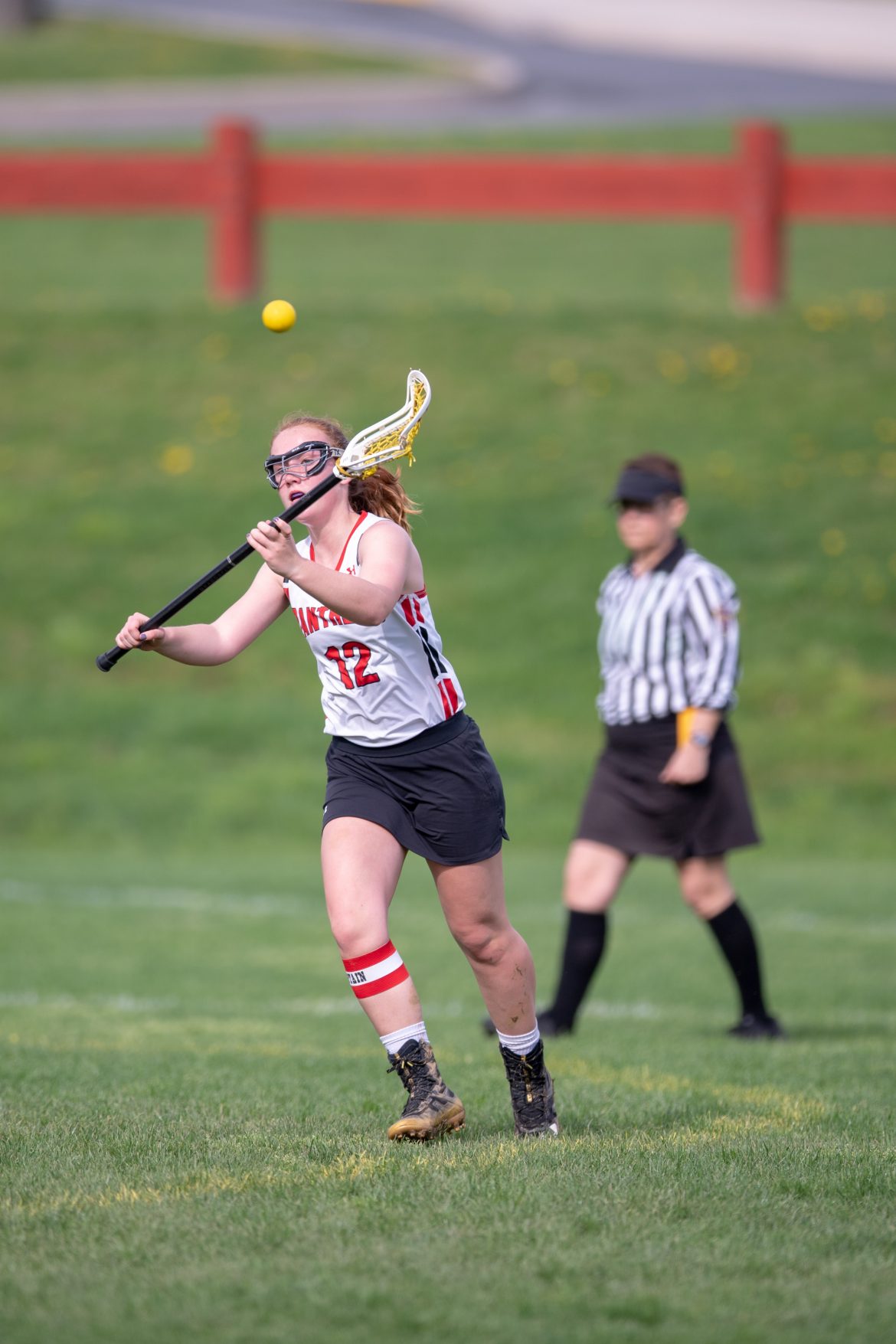 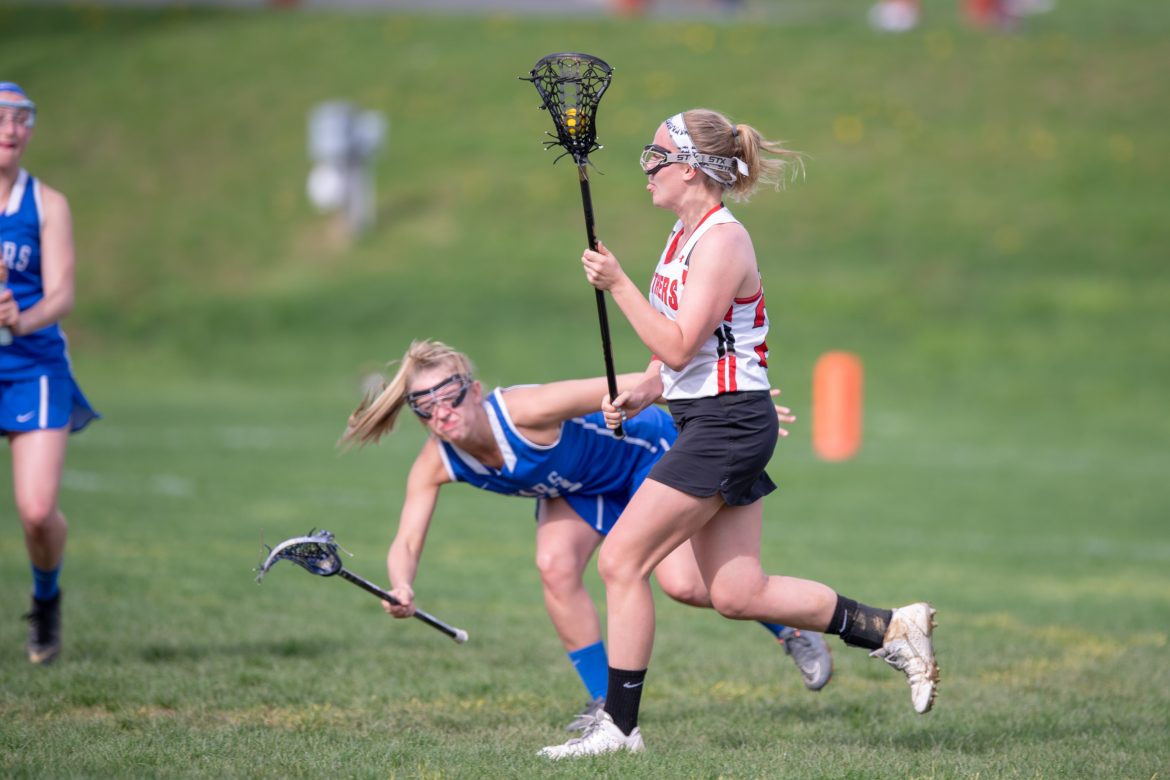 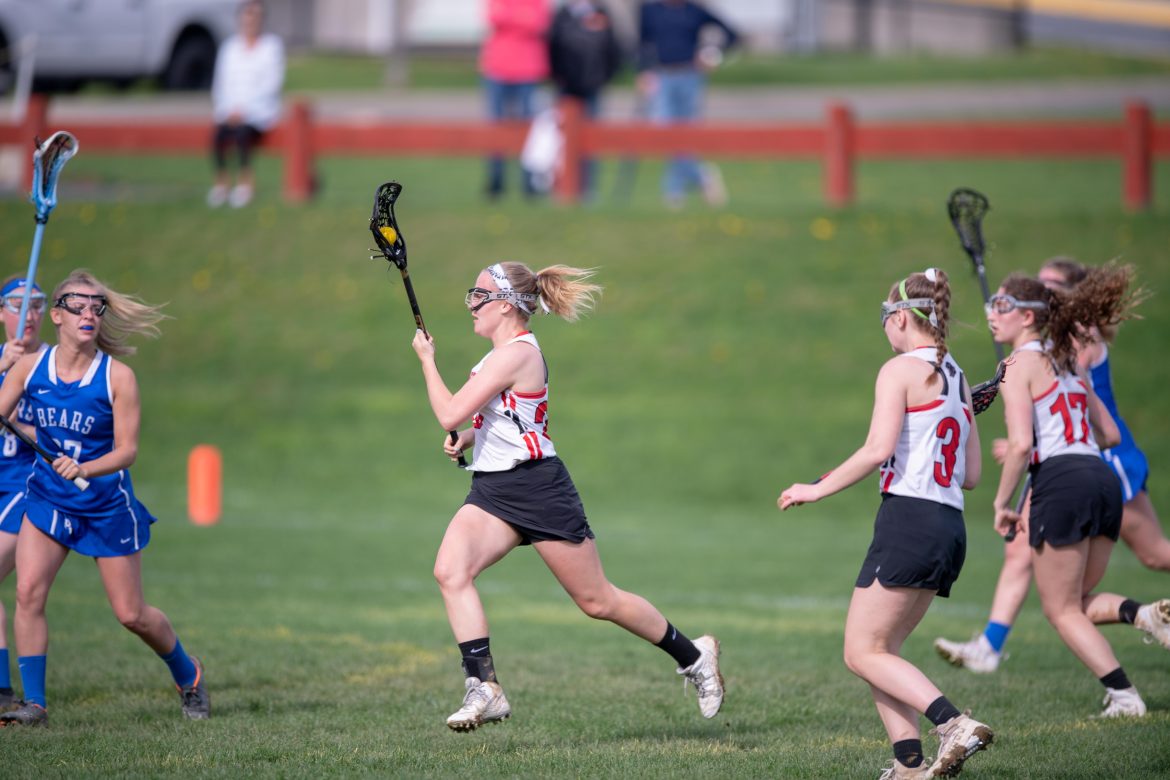 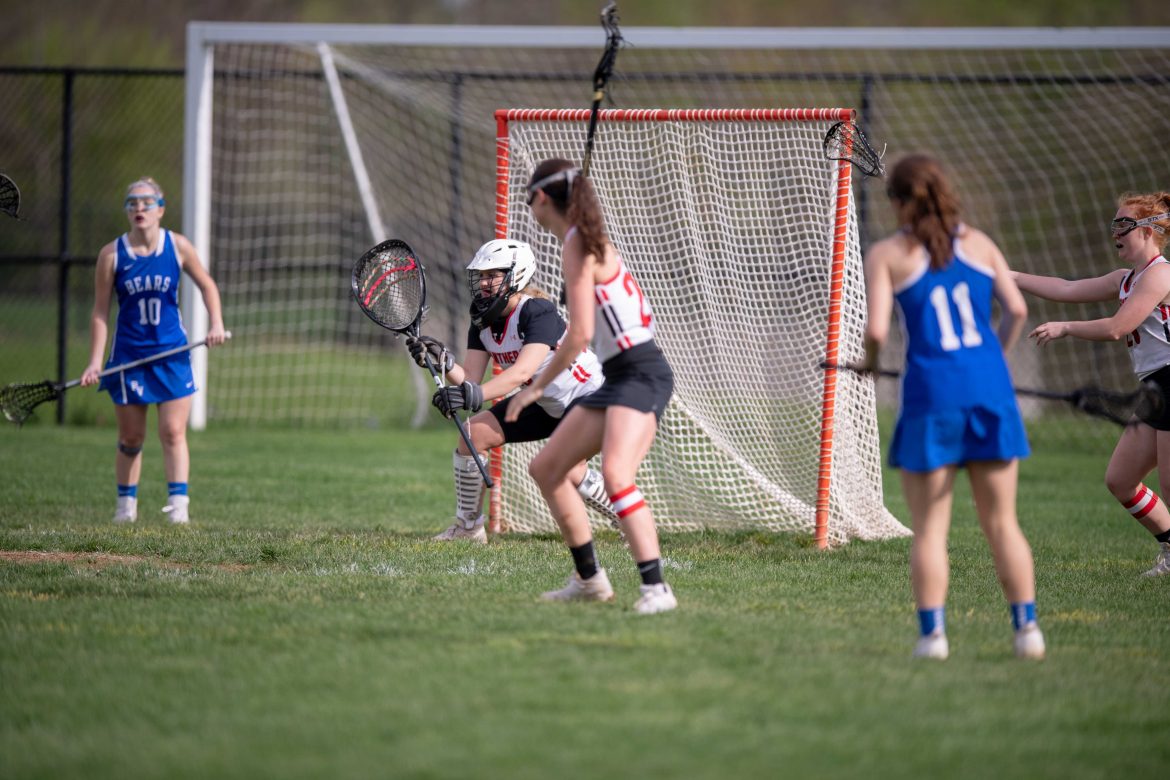 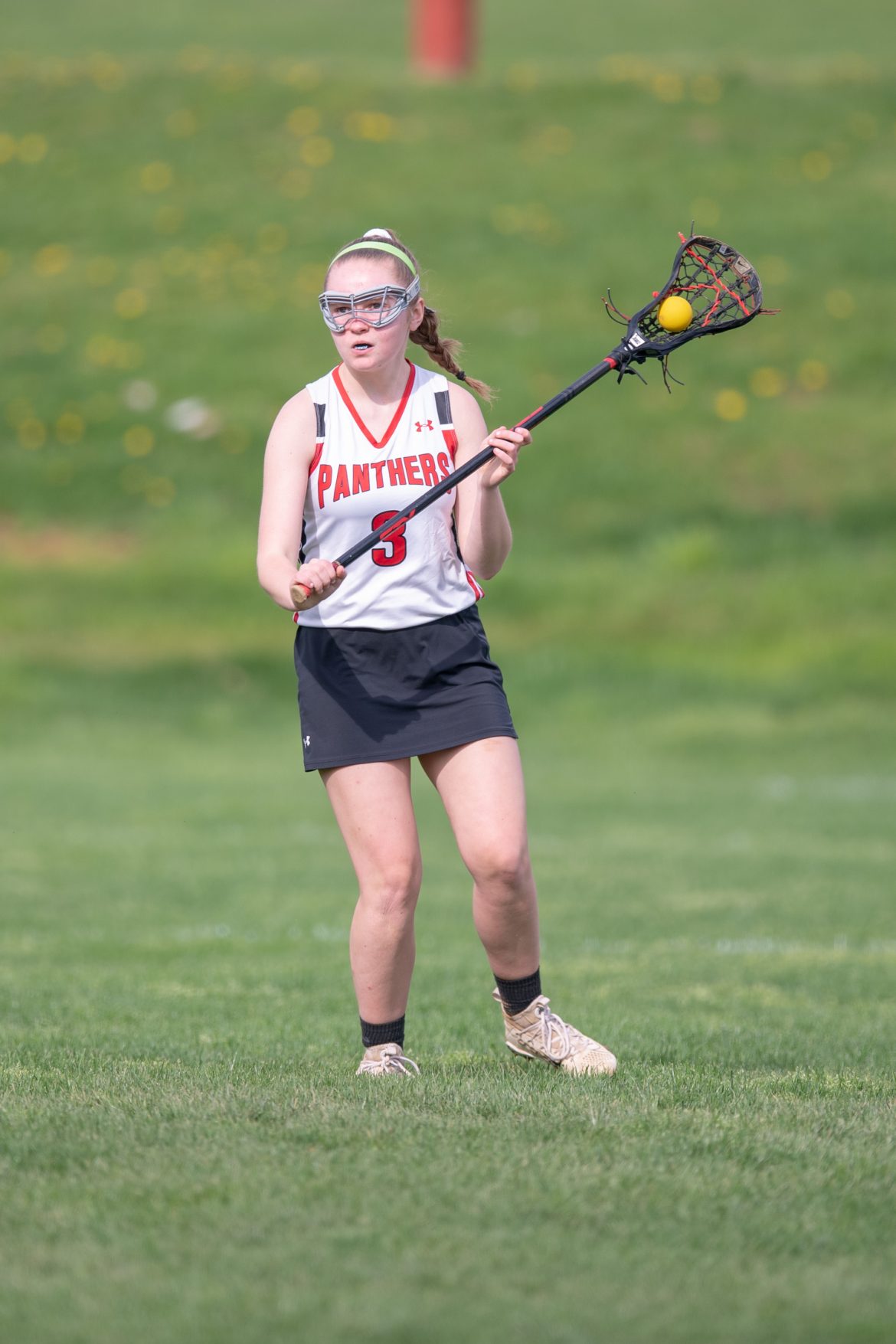 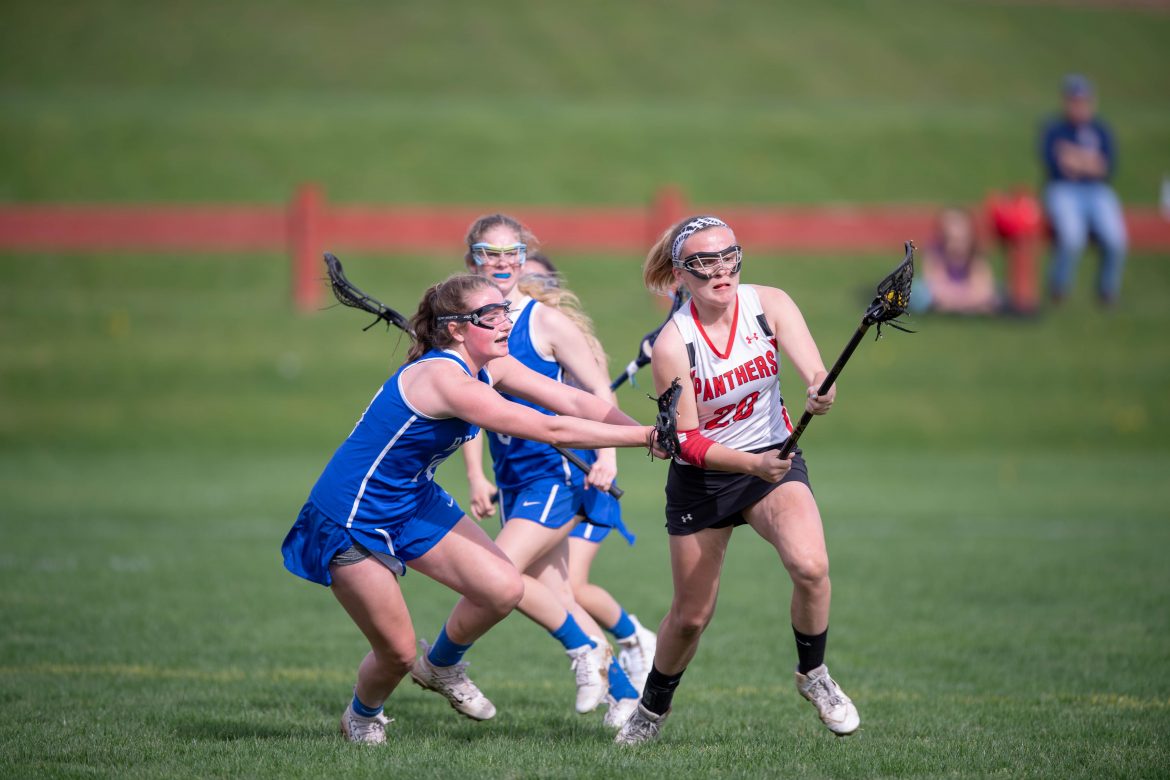 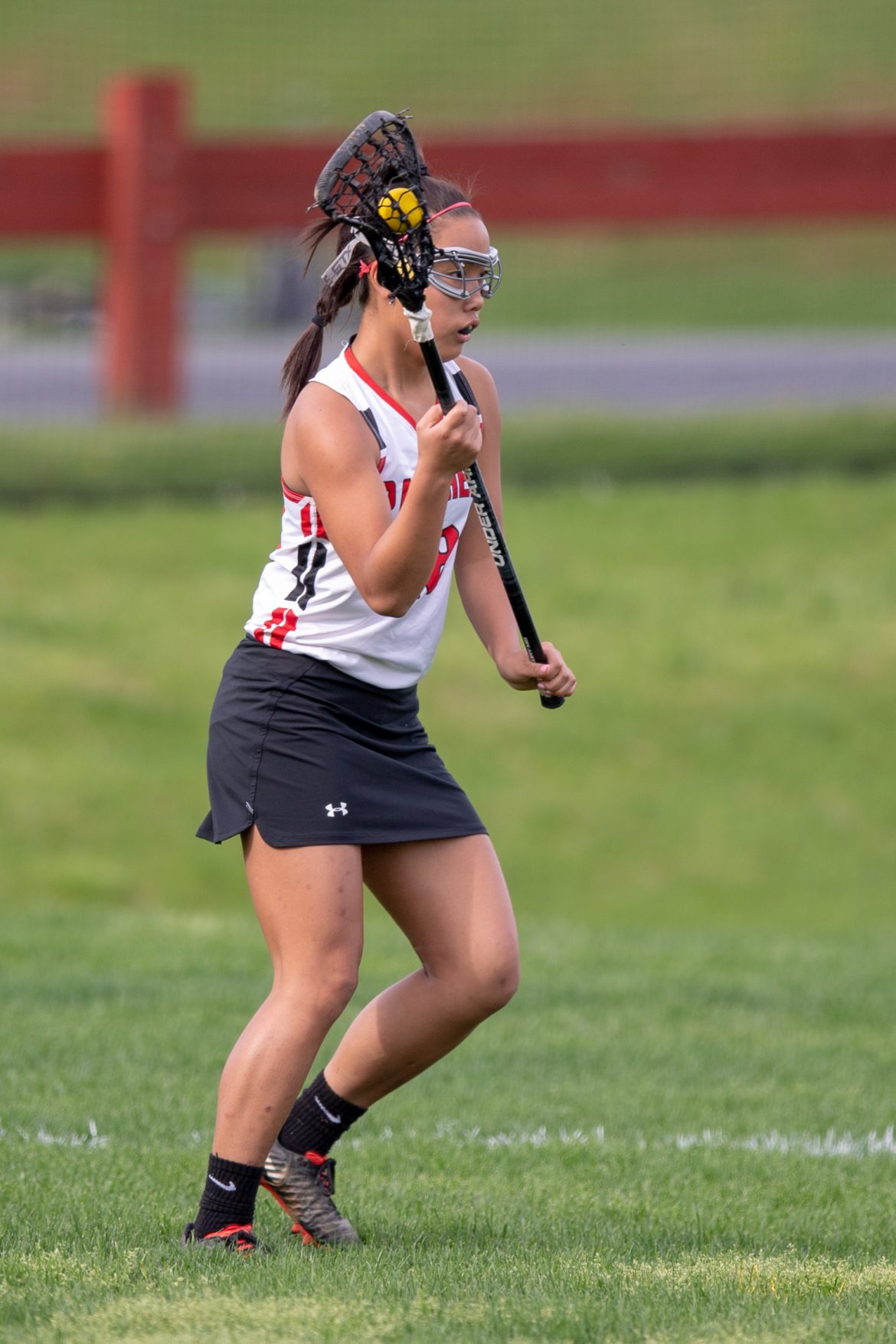 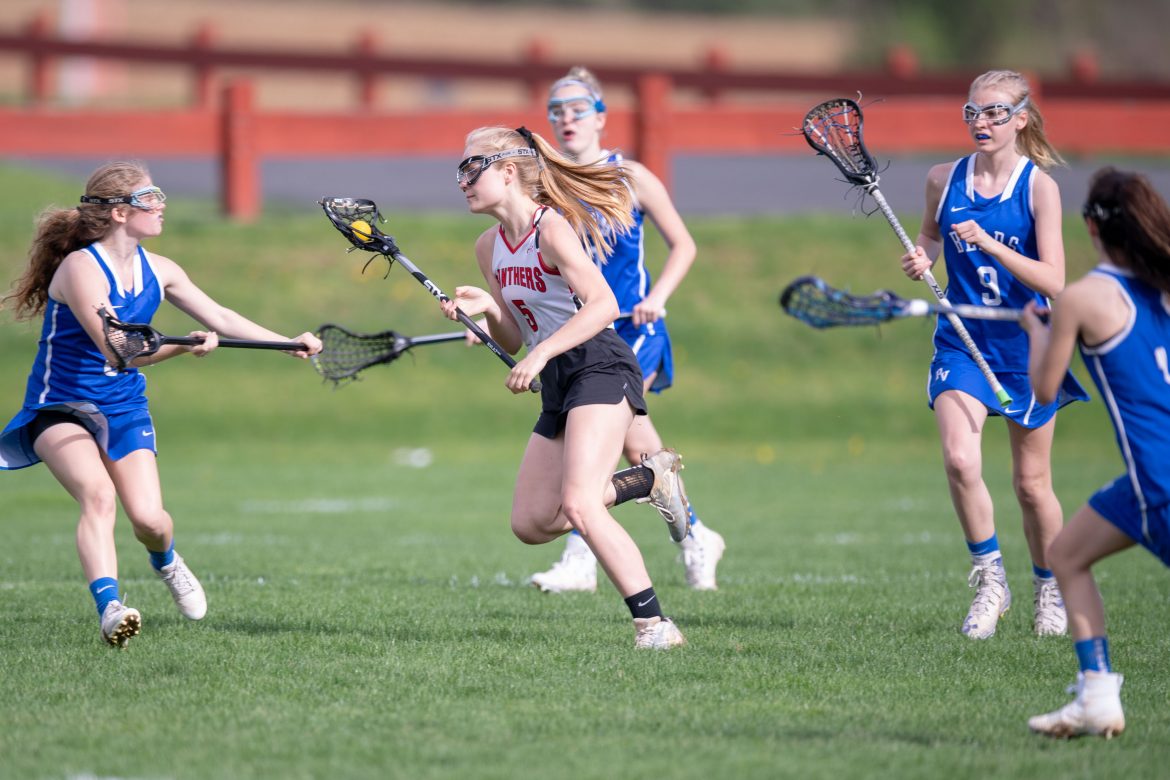