A Bucks County man is facing felony charges of involuntary deviate sexual intercourse with a child and aggravated indecent assault of a child after police say he allegedly “touched a five-year-old child inappropriately” at a Walmart on Rt. 309 in Hilltown Township in March. 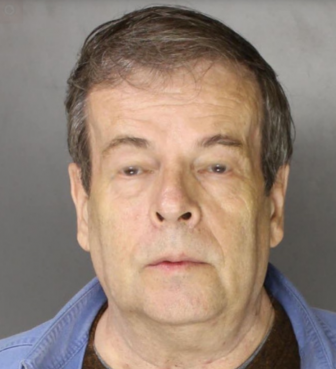 Gregory Alan Gottlob, 69, is charged in a Hilltown Township case in which police say he allegedly touched a child inappropriately in a Walmart store in March.

In a post on the department’s Crimewatch site Saturday, Hilltown Township police said Gregory Alan Gottlob, 69, was identified as the stranger who allegedly committed the indecent act after a months-long investigation into the March 27 reported incident at the store.

In a post on the department’s Facebook page Hilltown Police credited “those persons that shared the post from earlier this week and submitted tips which led police to a suspect and ultimately an arrest in this investigation.”

Court records list a Chalfont address for Gottlob, however online public records list both Kintnersville and Warminster addresses for him.

In addition to the two felony counts, Gottlob is also charged with a misdemeanor count of indecent assault of a person less than 13 years of age.

According to court records and the Crimewatch site, Gottlob was arraigned Friday before District Judge Regina Armitage before being committed to the Bucks County Correctional Facility in lieu of 10 percent of $500,000 bail.

A preliminary hearing in Gottlob’s case is scheduled to be held before Armitage at Bucks County Magisterial District Court 07-2-08 in New Britain on June 25 at 1:15 p.m., records state.