Pennsylvania State Police are asking for the public’s help with identifying a woman who they say allegedly shoplifted nearly $150 worth of items from a Montgomery County Walmart store last month.

In an update posted on the Pennsylvania Crime Stoppers Crimewatch page Monday, state police at Skippack said that on May 24 at about 11:38 a.m. the woman pictured in the store surveillance image below rang up a purchase before exiting the store at 620 Gravel Pike, Upper Hanover Township (East Greenville), with items valued at $148.39 for which she had not paid.

Police described the woman as white. She was wearing a pink hat, a dark blue jacket and a wristband at the time, and she had with two children with her, they added.

According to police, the woman got into a white Ford Escape or Edge before leaving the area.

Anyone with information about the woman and/or the incident is asked to contact Tpr. Isaiah Slonaker at the Pennsylvania State Police barracks at Skippack by calling 610-584-1250. Tipsters can also call the Pennsylvania Crime Stoppers toll-free hotline at 1-800-4PA-TIPS (8477).  All callers remain anonymous and could be eligible for a cash reward. 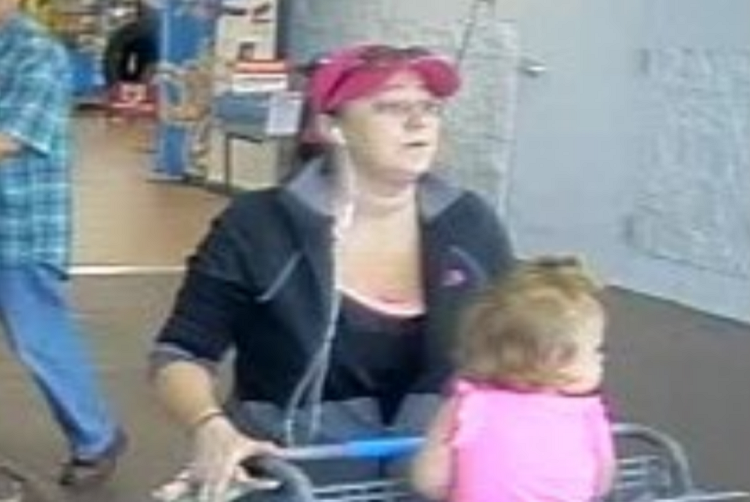 Pennsylvania State Police are asking for the public’s help with identifying this woman, who they say exited the Walmart store in Upper Hanover Township, Montgomery County, May 24, with a cart filled with items for which she allegedly hadn’t paid.