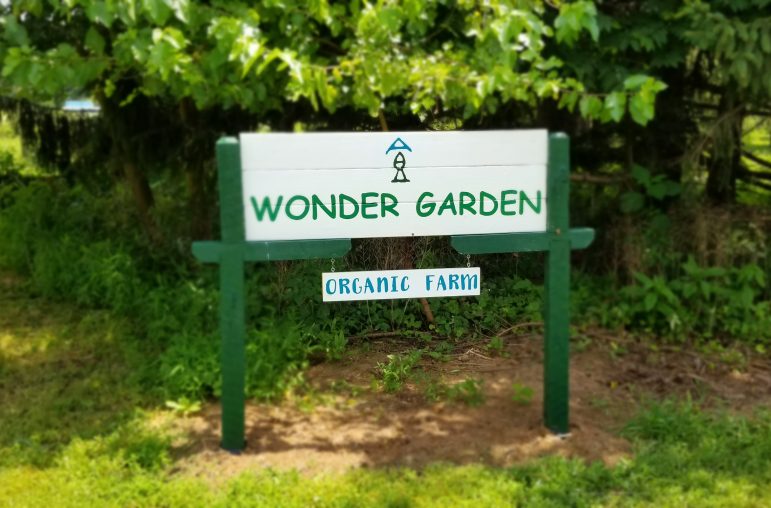 A new roadside stand that sells organic produce grown on the farm property all around it is getting a lot of positive attention from passersby in Lower Saucon Township, and that’s making farm owner Mei Xiang feel good.

Xiang, of Macungie, purchased the 23-acre former hay farm at 3565 Reservoir Road last year and renamed it Wonder Garden Organic Farm, with plans to turn it into a working family farm on which a variety of certified organic vegetables and herbs are grown.

But before that, she decided to make a major life change, giving up her career as a mechanical engineer for a life on the farm.

“One day I woke up and I’m tired of being an office lady,” said the Ph.D holder and Beijing native, who found her way to the Lehigh Valley by way of New York.

After deciding that organic farming would be her life’s pursuit Xiang knew she needed to learn about organic agriculture. Ultimately she spent a growing season doing that at The Seed Farm, a nonprofit agricultural incubator near Emmaus that provides new farmer training.

“They are good teachers and we’ve become very good friends,” she said.

She also began looking for land on which to establish her farm, eventually settling on the tract just east of Hellertown, near Steel Club.

Although somewhat depleted, Xiang said the soil on the property benefited from the fact that hay was grown there, because pesticides were never used on it. 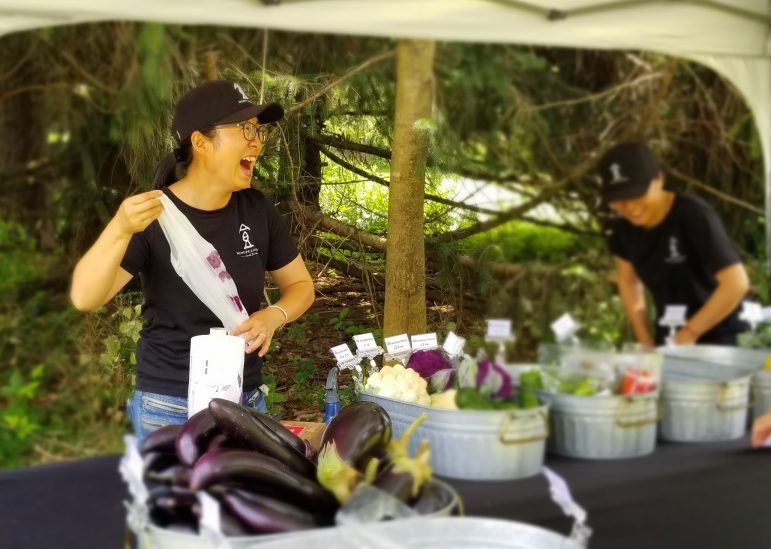 Wonder Garden Organic Farm owner Mei Xiang shares a laugh as she bags produce for a customer at her organic farmstand along Reservoir Road in Lower Saucon Township. The stand opened in early July and sells the cornucopia of veggies grown on the property.

The next step was to receive organic certification from Pennsylvania Certified Organic (PCO), the organization that accredits the state’s organic farms according to USDA standards.

The process for becoming a certified organic farm is both lengthy and expensive, but Xiang said it’s been worth it, because the designation means customers who want organic produce can buy it from her with confidence.

In order to maintain her status as a certified organic grower she said she must use a minimum of 80 to 90 percent organic seeds and adhere to many other requirements.

For example, she can only use organic compost on her farm, and any pesticides she uses must be organic. 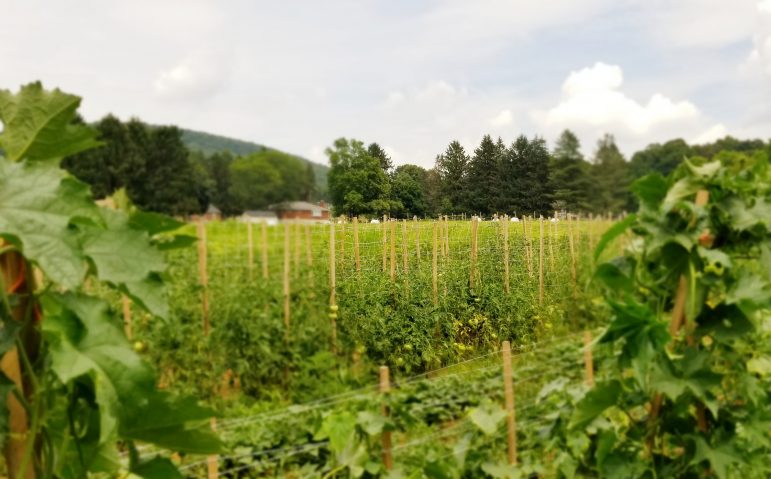 Instead of using pesticides, Xiang said she is taking a proactive approach to growing and employing techniques that will hopefully eliminate the need for them altogether.

She has fenced five acres of her property to keep out deer and other animals, and she plans to expand the farm to cover additional acreage next year while keeping some of the land fallow. There are also a number of wooded acres.

In a field near a pond she recently had dredged in order to improve it as an irrigation source, Xiang has also planted paw-paw trees, which are native to much of the eastern United States and Canada.

A pond on the property will supply water for irrigation in the future.

The fruit of the paw-paw tree was popular in days gone by and has been described as custard-like, with a taste comparable to that of a banana.

In the future Xiang said she hopes to grow edible flowers and more herbs, and to expand production of ginger by constructing a high tunnel for the plants.

The Pennsylvania climate is too cold to grow ginger completely outdoors, which is why the ginger Xiang grew this year she refers to as “baby ginger.”

“Next year I want to grow more,” she said, referring to both ginger and other crops.

Unlike the superhero, though, she also has her children, husband, parents and friends helping her turn her dream into a reality.

Ages seven and 11, Xiang said the experiences her kids will have on the farm will take them away from their screened devices, and that’s a good thing.

Neighbors have also been very supportive of her new endeavor, she said, with tips and even the donation of a produce sign she’s hung on her fence.

“They are so nice,” she exclaimed.

There is a basic website for Wonder Garden Organic Farm and in the future Xiang said she will be sharing more updates about the farm on social media.

The roadside produce stand is easy to spot from Reservoir Road, where it is located roughly midway between Wassergass and Silver Creek roads.

A canopy keeps the well-organized produce shaded throughout the day, and a sandwich board placed near the road lists which vegetables are available.

Payment is via the honor system and currently cash only, although Xiang said she hopes to allow customers to pay with ApplePay in the future.

Looking ahead, she said she’d also like to sell her produce to restaurants, grocery stores and markets. 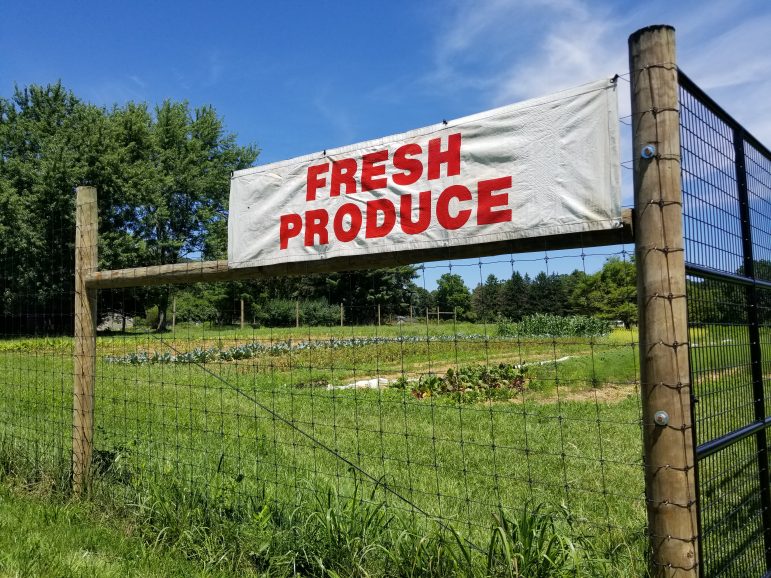 The “Fresh Produce” sign hung on the fence at Wonder Garden Organic Farm was a gift from a neighbor. 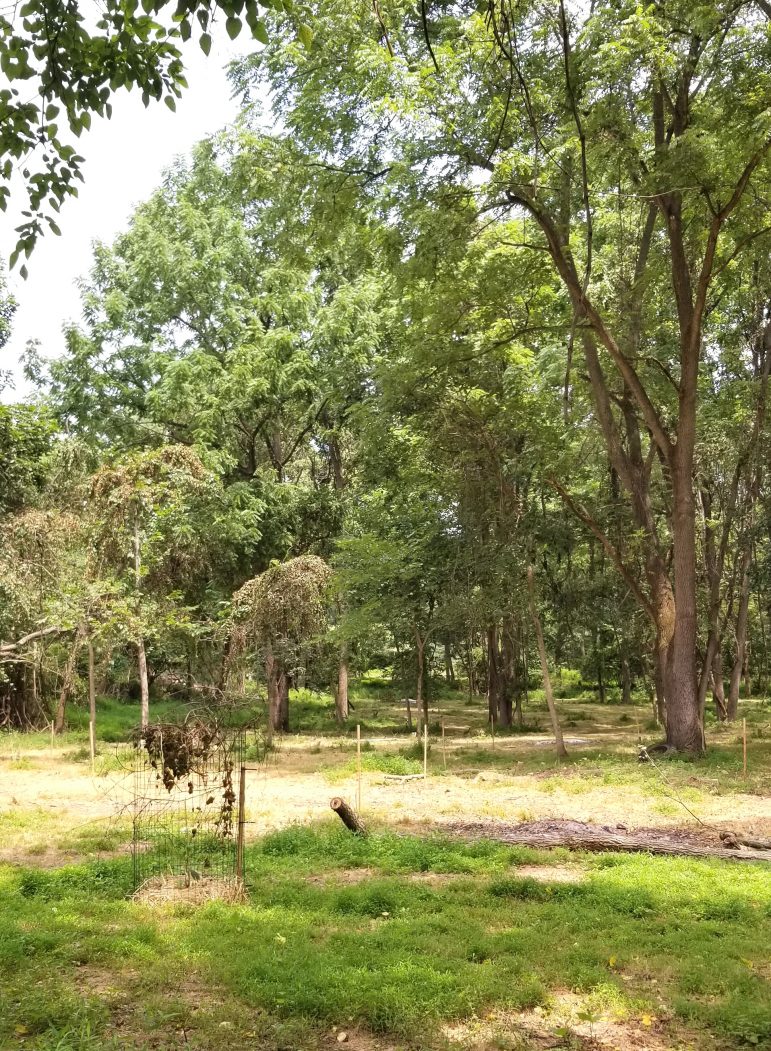 Paw-paw saplings are planted under a tall canopy of trees near the pond. 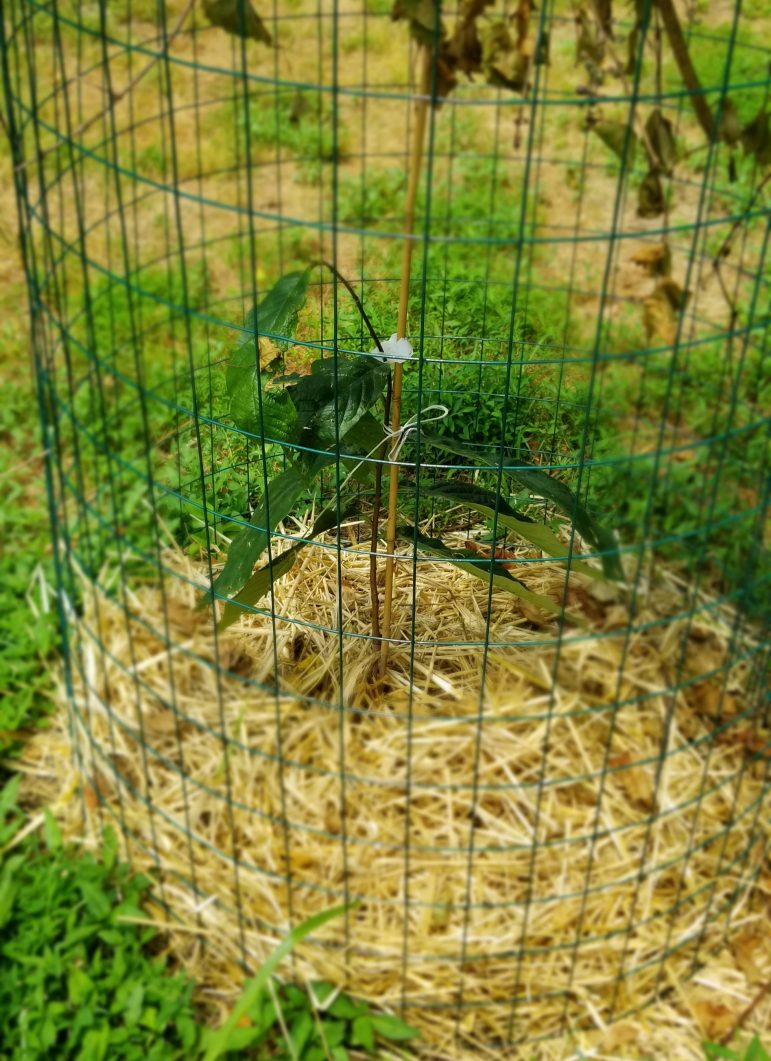 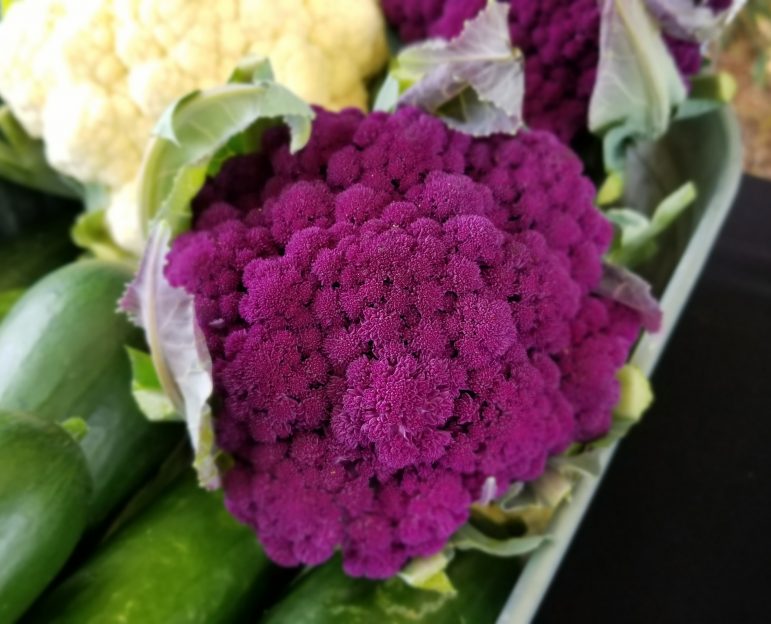 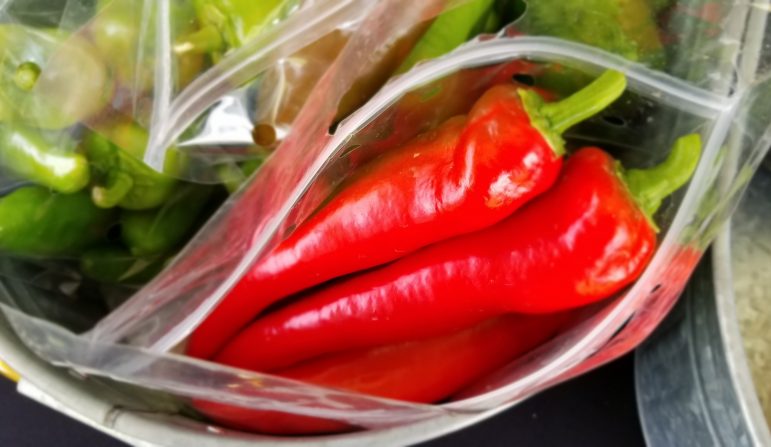 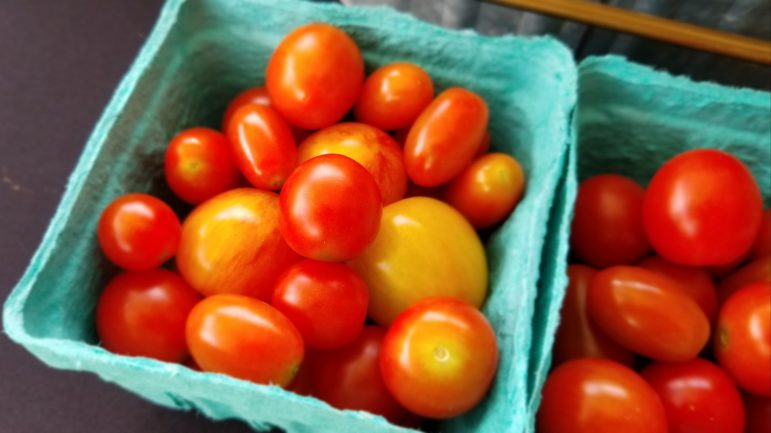 Currently grape tomatoes are available for purchase. Mei Xiang said large tomatoes should be available within the next one to two weeks. 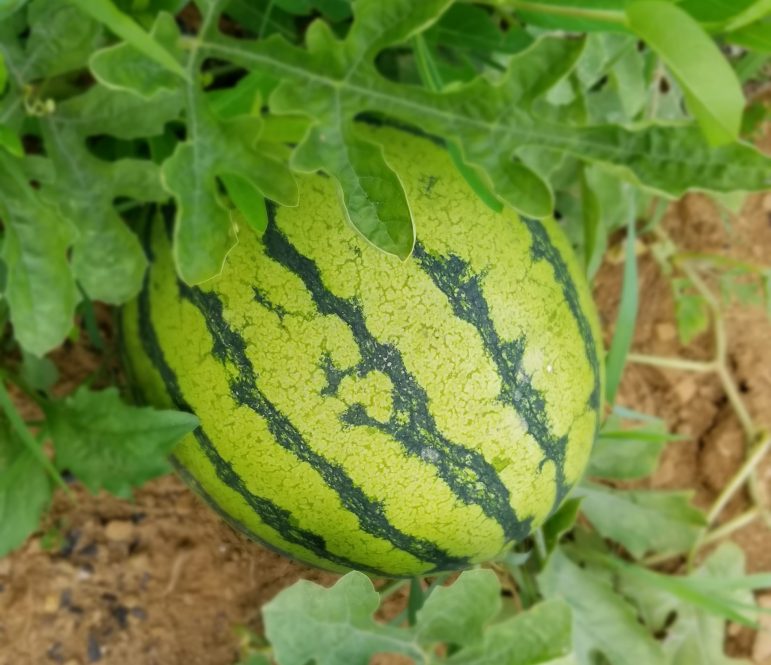 A yellow variety of watermelon 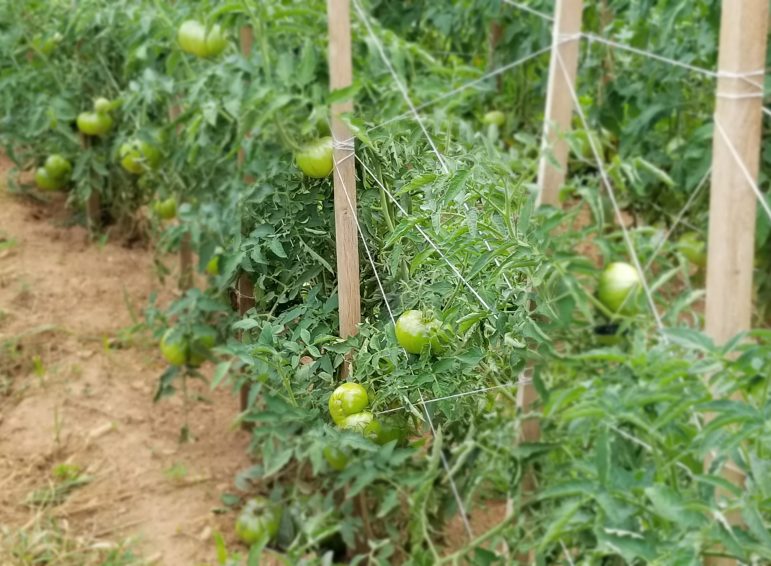 Tomatoes on the vine 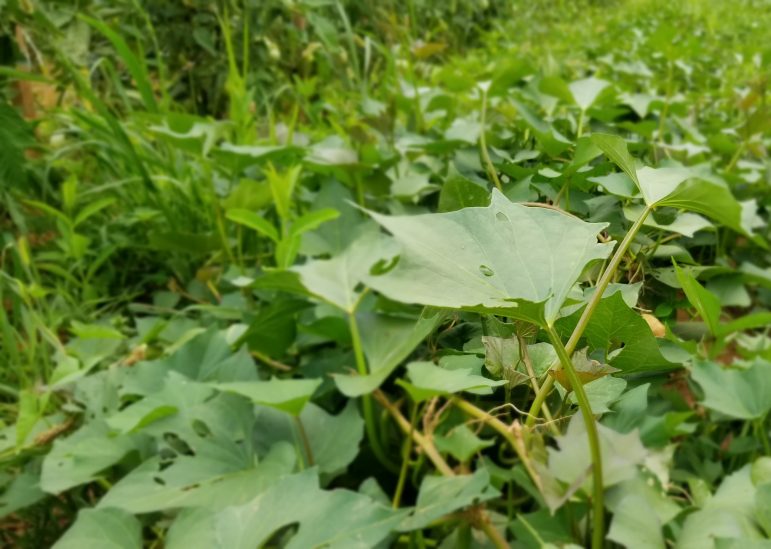 The produce for sale at the roadside stand is organized in galvanized steel tubs with price signs in front of them. 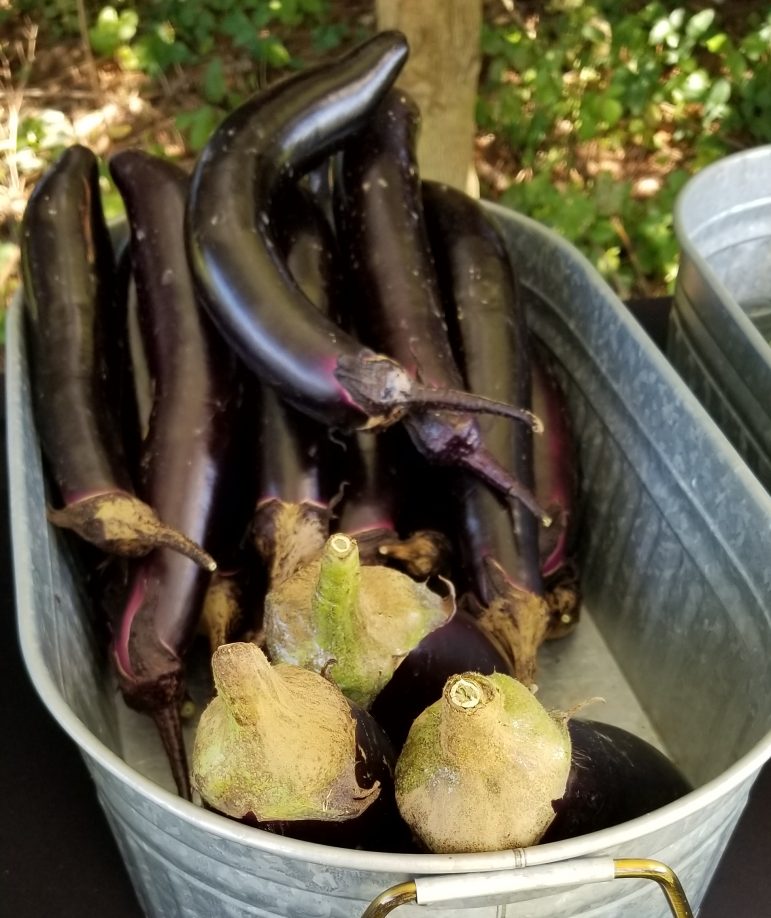 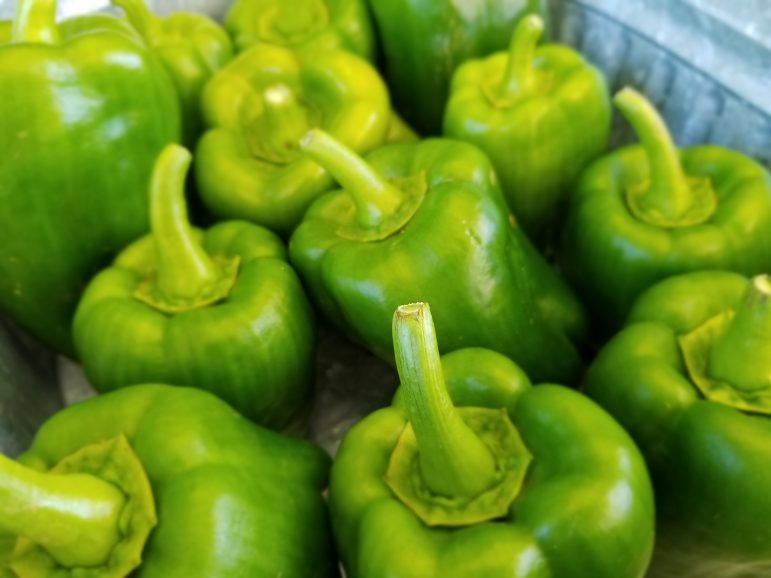 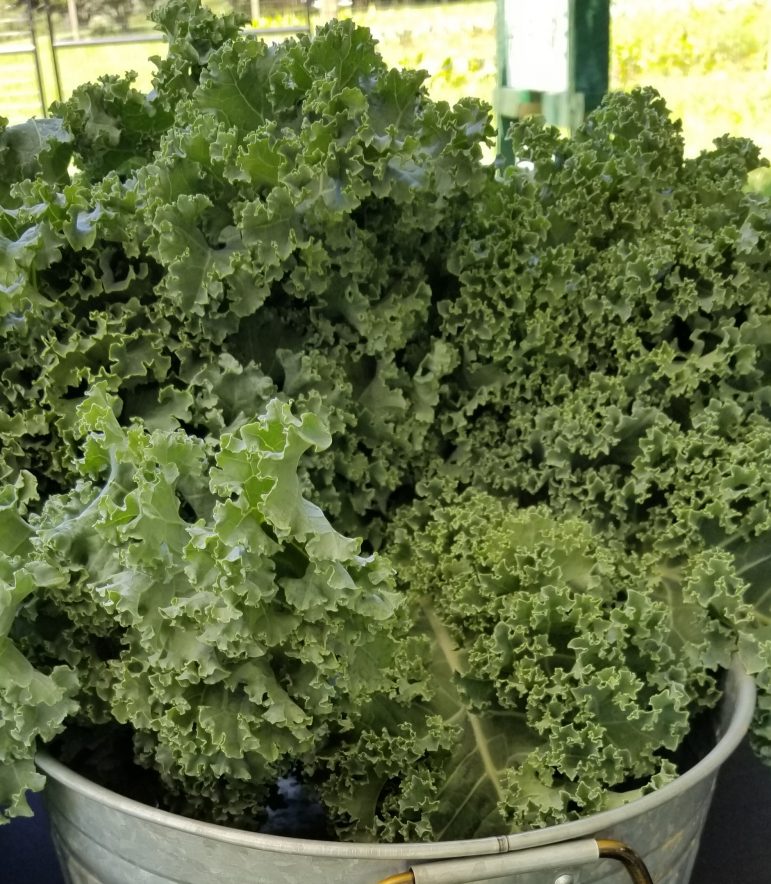 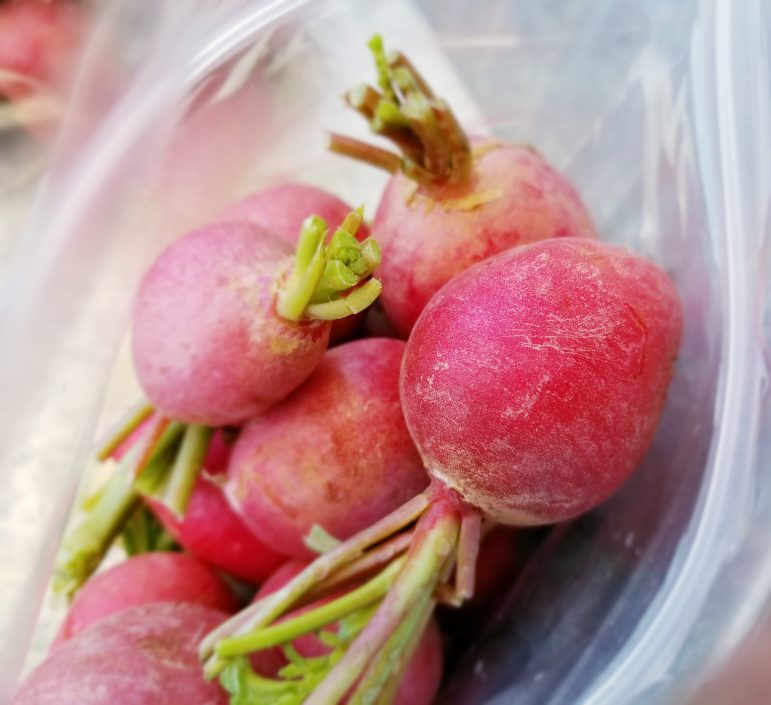 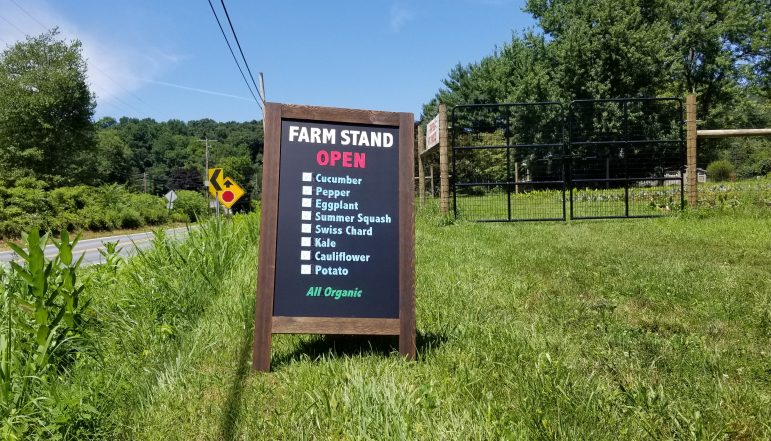 A roadside sign lists the vegetables currently available at the farmstand. 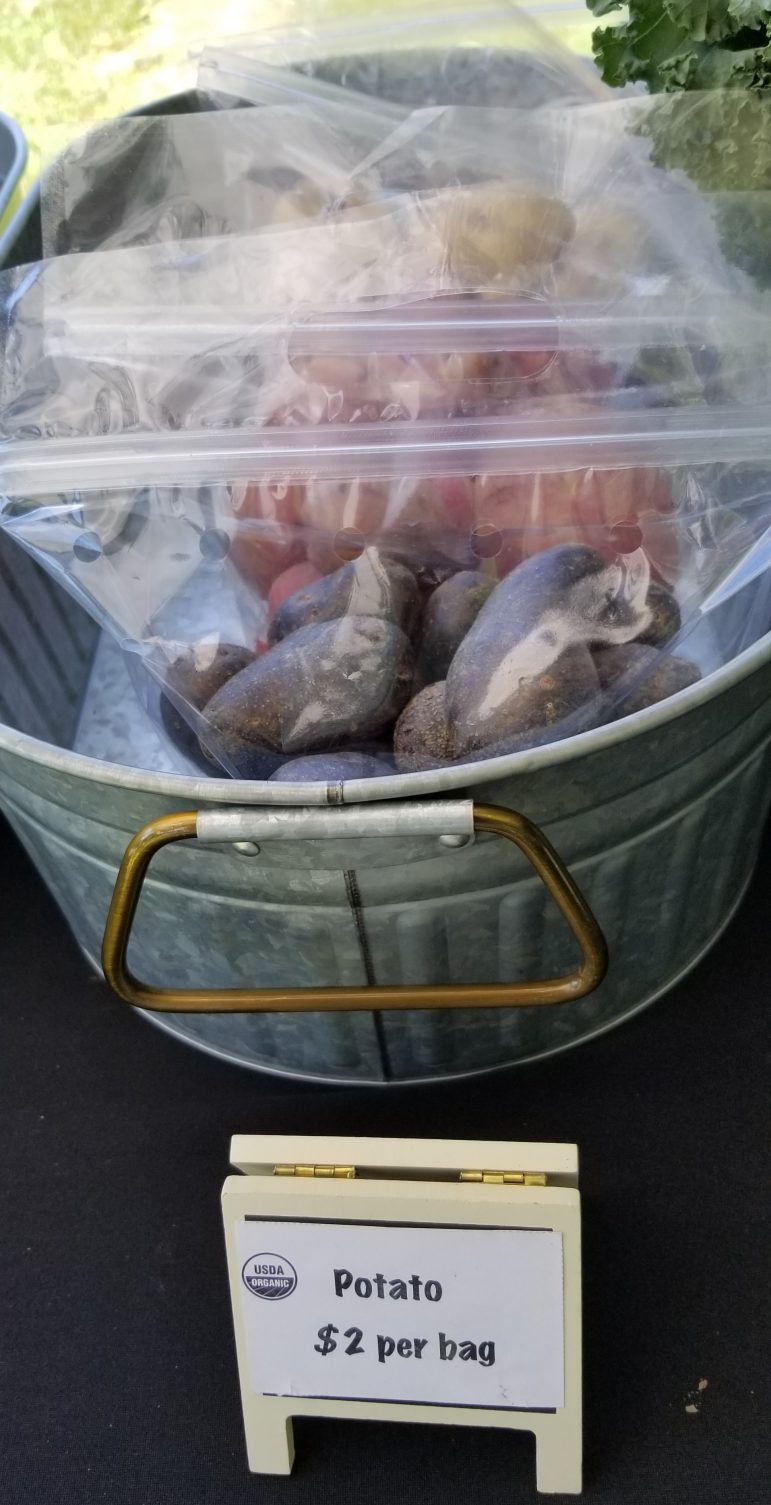 On a recent afternoon, yellow, red and purple potatoes were all available.