Pennsylvania State Police are on the hunt for a thief with an appetite for beef. In a Crime Stoppers post Tuesday, authorities said they are looking for a real life “Hamburglar” who allegedly stole a double cheeseburger from the Sunoco station at 112 Gravel Pike (Rt. 29) in Green Lane borough, Montgomery County, on Oct. 1 around 5:30 p.m.

The Hamburglar is a McDonald’s character who at one time was used in the company’s marketing as part of its McDonaldland fantasy world for children.

Police said the Sunoco wants to press charges against the man who took the burger, who is pictured in security images published by Crime Stoppers. Police say he was driving a blue Ford Explorer with a missing driver’s side rear hubcap at the time.

Anyone with information about the theft or who recognizes the man is asked to contact Pennsylvania State Police at Skippack by calling 610-584-1250. Callers should ask to speak to Tpr. Slonaker. Tipsters can also call the Pennsylvania Crime Stoppers at 1-800-4PA-TIPS (8477). All callers remain anonymous and could be eligible for a cash reward. 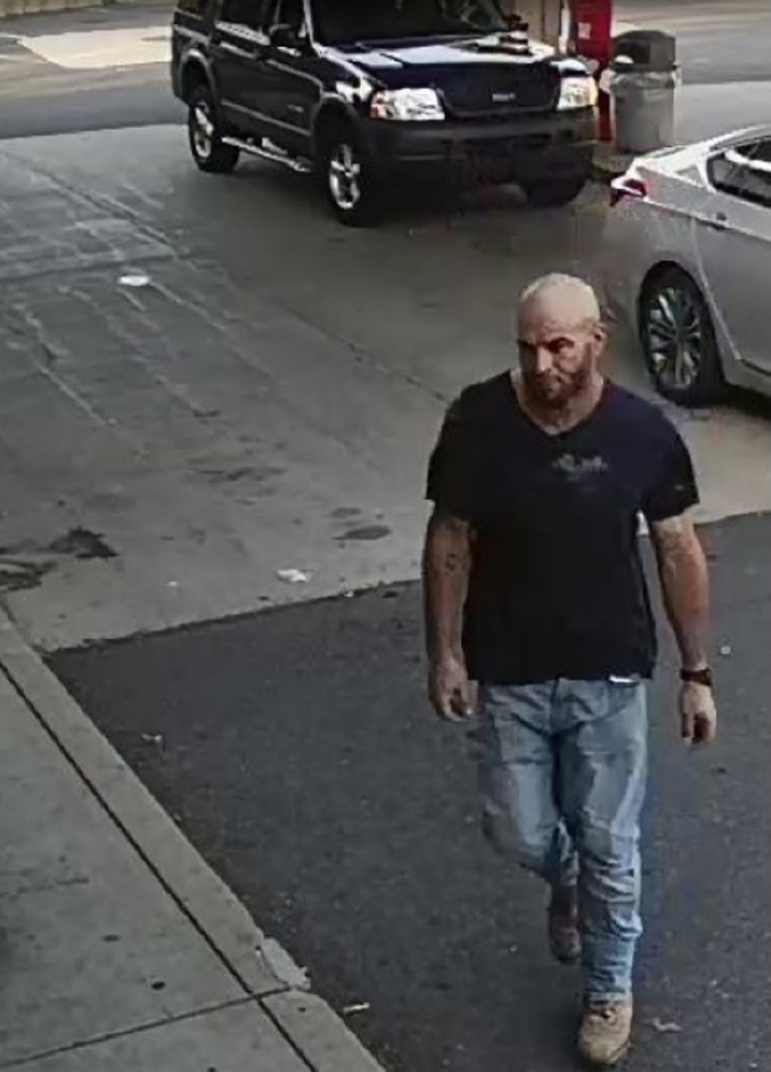 Pennsylvania State Police at Skippack are seeking information about this man, who allegedly stole a cheeseburger from a convenience store in Green Lane, Montgomery County, Oct. 1.