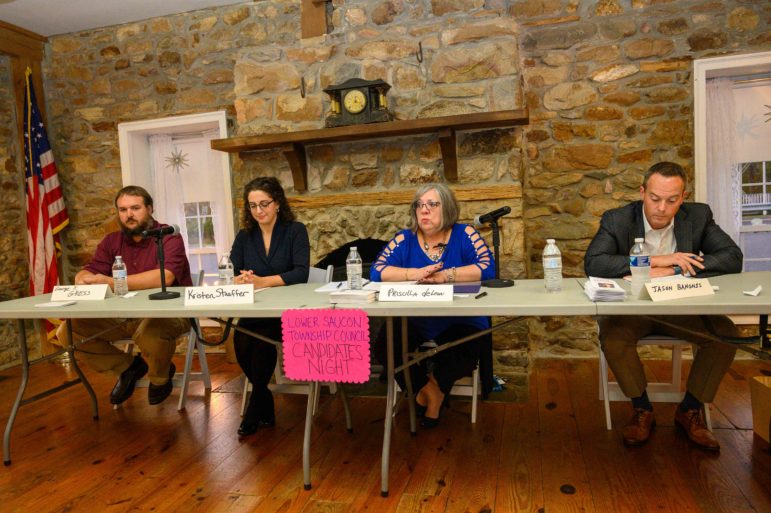 Although attendees were scarce at a forum for Lower Saucon Township Council candidates organized by Saucon Source and held at the Heller-Wagner Grist Mill’s Tavern Room in Hellertown Thursday night, those who did attend it said they were grateful for the opportunity to hear from some of the candidates in their own words.

In addition to seeking a four-year term on council, Banonis is also on the ballot in a race for a two-year seat in which his opponent is Democrat and fellow political newcomer Atom Kallen. In the event Banonis should win both races, he will only be able to fill one seat. If necessary, whichever seat he does not accept will be filled by a council appointee who will be chosen in January.

Both Kallen and Stauffer were recruited by local Democratic party officials to fill vacancies on the ballot created when two other candidates who won in May’s primary election withdrew from their respective races over the summer.

Kallen as well as two other incumbent council members who are running to retain their seats–Republicans Sandra Yerger and Donna Louder–originally committed to participate in the forum but canceled shortly before the event was held.

Yerger submitted answers to several questions which Saucon Source publisher and the event’s moderator, Josh Popichak, gave all of the candidates in advance (see below). In her absence, and with permission to do so from the other candidates, Popichak read her answers for the benefit of those in attendance as well as anyone who watches the forum on YouTube.

The candidates who attended also were allotted several minutes of time in which they had an opportunity to introduce themselves, explain why they are running and outline their goals and/or achievements. At the conclusion of the 90-minute event, there was a brief question-and-answer period in which audience members had a chance to put questions directly to the candidates. Voters may ask other questions by emailing them (see below) or contacting them via their social media platform or a website, if available.

Saucon Source would like to extend our thanks to the Hellertown Historical Society for donating the use of the Tavern Room for this event as well as Reilly Entertainment Group, which donated the use of audio equipment. A planned Hellertown Borough Council Candidates Night that was scheduled to be held Thursday, Oct. 17 was canceled after one of the candidates had a death in his family. In lieu of that event, Saucon Source will publish the answers to the questions the Hellertown Borough Council candidates received in an upcoming article. As part of our ongoing commitment to educating and informing readers about the local elections whose outcomes will affect them, we will also publish a nonpartisan election guide prior to Election Day, which is Tuesday, Nov. 5. Polls will be open from 7 a.m. to 8 p.m.

The questions each Lower Saucon Township candidate was asked were:

For their answers as well as their opening statements, please watch our YouTube video of the event, which is linked in three parts below: 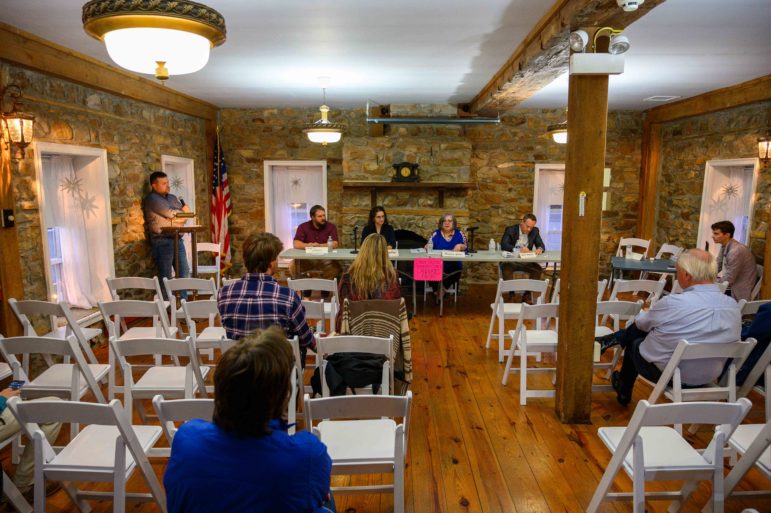 Attendance was sparse at the public event, which was advertised for several weeks in advance on Facebook and on SauconSource.com. 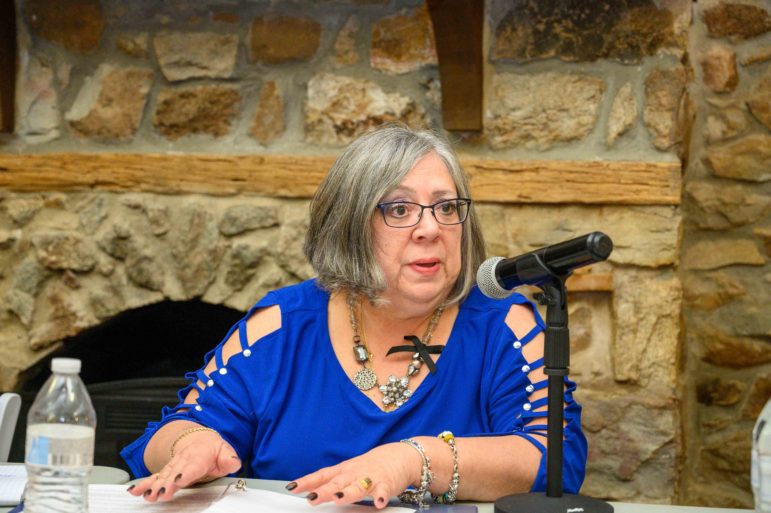 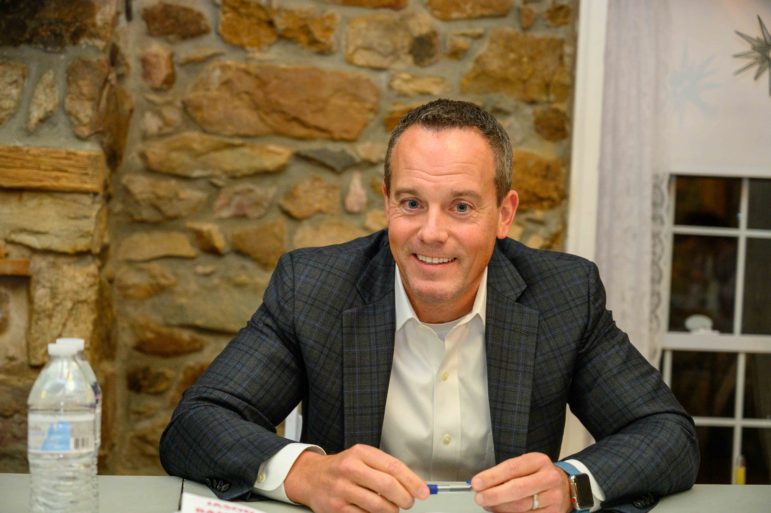 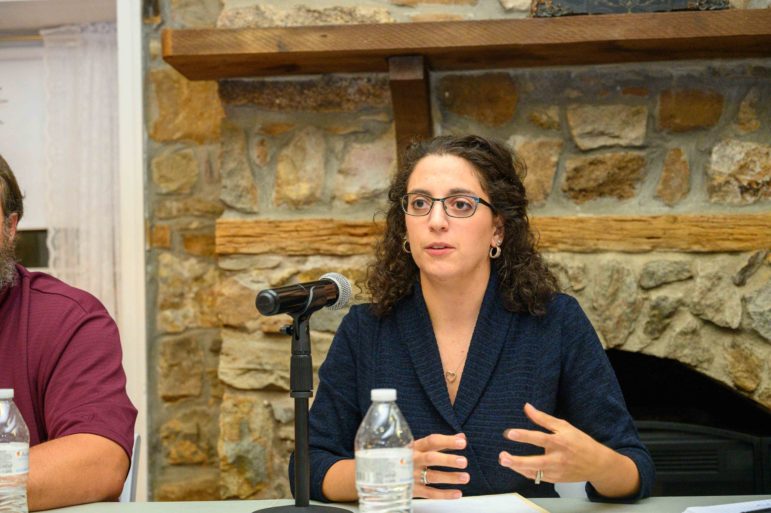 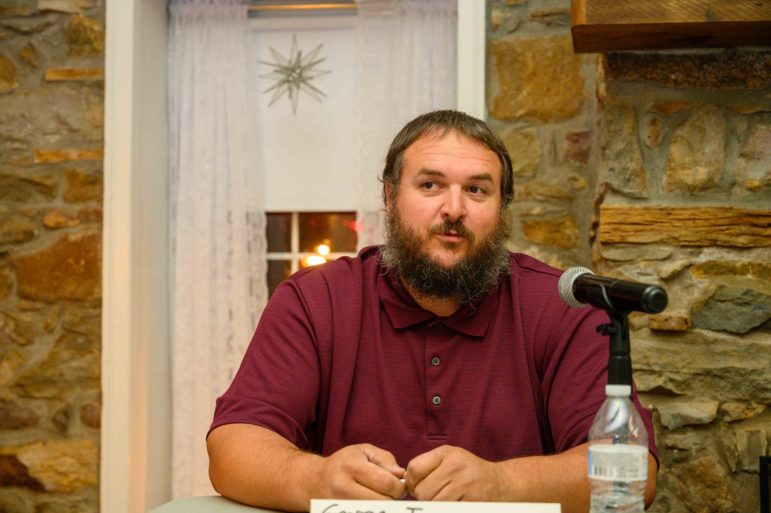 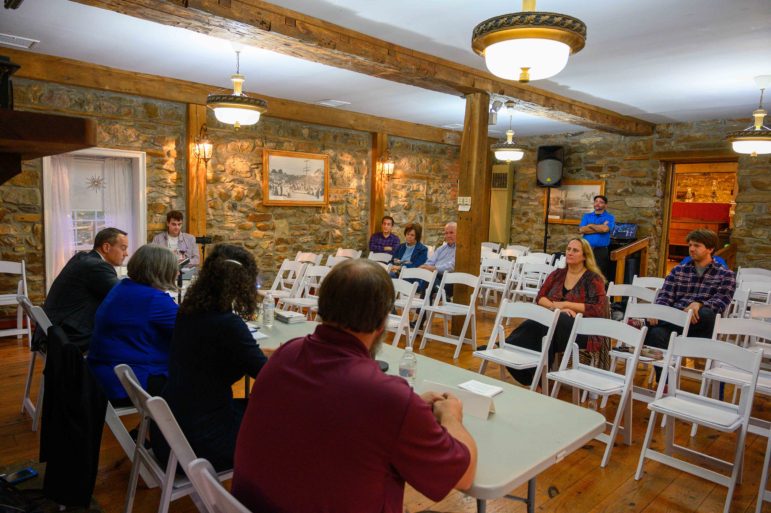 Filled seats were few and far between at the Lower Saucon Township Council Candidates Night forum held Thursday in Hellertown. 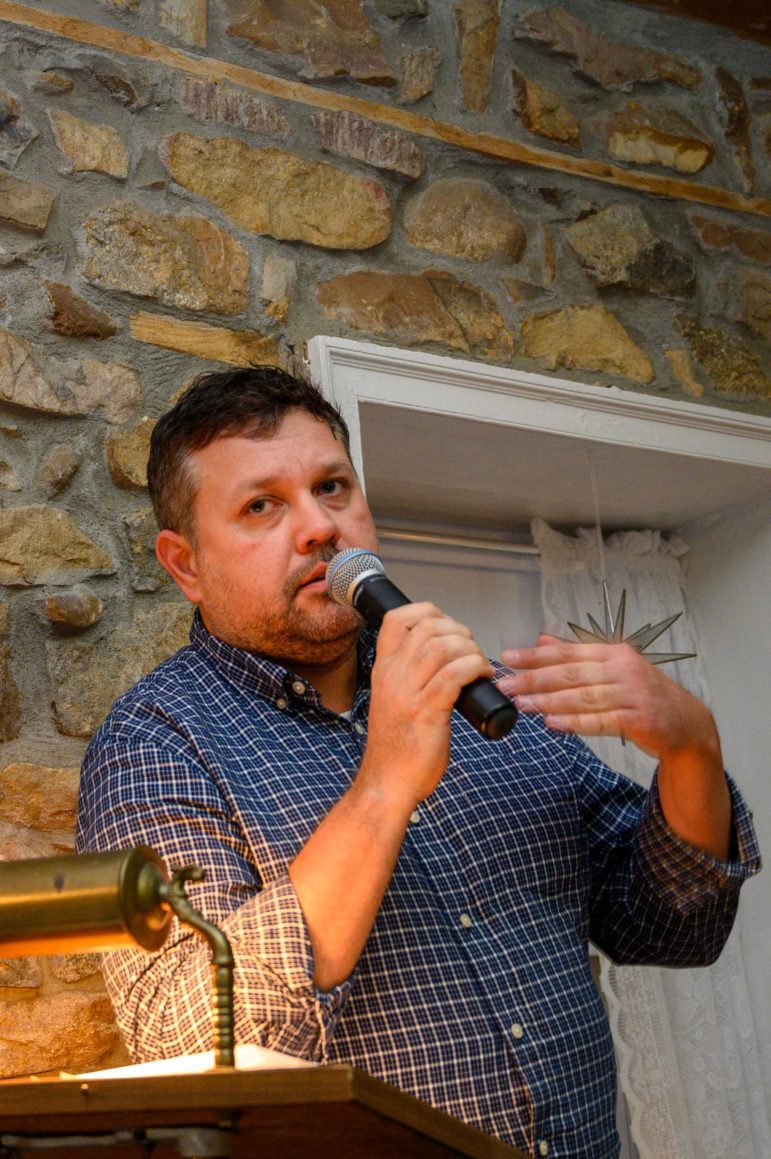