Could 2019 wind up being the year in which both the Saucon Valley Spirit Parade and Trick or Treat–the two main community events in the Hellertown area each Halloween–were rained out? 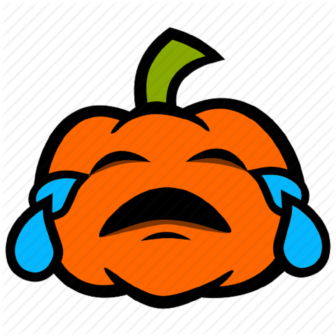 Due to a remarkable combination of what seems like bad luck and changed dates–and according to the current weather forecast for this Thursday, Oct. 31, when Trick or Treat is scheduled to be held from 6 p.m. to 8 o’clock–it appears possible. The event does not have a scheduled rain date.

The National Weather Service forecast as of Monday afternoon was for a low of around 50 degrees and an 80 percent chance of heavy rain Thursday evening, which is when little ones will don their costumes to go door-to-door collecting candy in Hellertown borough, Lower Saucon Township and many other Lehigh Valley communities. There are also special Halloween events planned at the Hellertown Post Office and the historic Hellertown Jail. “Halloween at the Post Office” was planned after the parade was canceled and the post office was left with 500 pounds of donated candy for its refill station.

Trick or Treat in Hellertown hasn’t always been held on Halloween, and just last year the event was held from 3 to 5 p.m. the Sunday before Oct. 31. The weather was fine for Trick or Treat 2018, but some parents felt the event should have been held after dark, in keeping with tradition. Others however preferred the daylight hours, for safety’s sake.

Dates and times of and opinions about Trick or Treat have been changed frequently in Hellertown over the past 15 years, with council seldom approving the same schedule two or more years in a row. It is unclear when it was last held on Halloween in Saucon Valley, but after a poll of residents conducted earlier this year indicated that a majority wanted Trick or Treat returned to its traditional date, both Hellertown borough and Lower Saucon Township councils approved this year’s date and time in the spring.

A rationale for not having Trick or Treat on Halloween night that has often been upheld is that it is better for parents and kids if it’s not held on a school night, due to the excitement and sleeplessness candy collection and excess consumption can cause in small children.

This year’s event is on a school night, which is another reason some parents may be leery about sending their kids out to Trick or Treat if the weather turns out to be bad.

On the other hand, many in the community were upset when the Saucon Valley Spirit Parade was canceled Oct. 20 due to a soaking rain that fell all afternoon.

Parade chairman and Hellertown mayor David Heintzelman explained that his parade committee made the call to cancel it after marching bands withdrew from the parade due to the likelihood of wet weather, which can damage their instuments.

There is no rain date for the Saucon Valley Spirit Parade, which means the money donated to this year’s event will be rolled into next year’s fund.

Logistics and the difficulty in obtaining permission from the Pennsylvania Department of Transportation to close a section of Hellertown’s Main Street (Rt. 412) for the actual parade–let alone a rain date–have been cited as reasons why the Saucon Valley parade does not have one.

There can be little doubt that due to the cancellation of the parade just over a week ago, disappointment in the community will be magnified should Trick or Treat night end up being a washout.

Saucon Source has reached out to borough officials to confirm whether or not there is a rain date for Trick or Treat. If there isn’t one, we have asked for an explanation regarding that. Although somewhat unusual, some communities such as Upper Saucon Township schedule rain dates for Trick or Treat night.

In 2011 and 2012, Trick or Treat in many communities throughout eastern Pennsylvania and New Jersey was affected by weather, including 2011’s freak Halloween weekend snowstorm and Hurricane Sandy in 2012. In communities significantly impacted by the storms and the power outages they caused, Trick or Treat was rescheduled in some cases.

This year residents would be wise to continue to monitor local weather forecasts, which are often subject to change; something many Saucon Valley residents observed Sunday, when a storm system that brought a period of heavy rain to the area moved through earlier and faster than expected.

Events such as Bethlehem’s large annual Halloween Parade were postponed with the expectation that it would be pouring at 2 p.m., when that parade was scheduled to begin. Instead, the clouds parted, the sun appeared and Mother Nature seemed to say, “You can’t outsmart me, people of Halloween.” A fifth anniversary open house Saucon Source planned to hold at Ella’s Ristorante & Pizzeria in Hellertown was also postponed due to the threat of rain, and has been rescheduled for Sunday, Nov. 24 from 2 to 4 p.m.

Perhaps the greatest irony in all of this is that after a wet spring and early summer which witnessed record-setting rainfall, the weather pattern for the Northeast flip-flopped in early August. Consequently, the last few months have been unusually dry, and the rain that’s coming now is actually ending what meteorologists consider to be a minor drought.

That’s good news for farmers, but likely little consolation to the thousands of area residents disappointed that their beloved Halloween traditions and celebrations are being disrupted.