A recent Saucon Source story about one parent’s effort to prevent an alleged bully from threatening his daughter’s education at Saucon Valley Middle School struck a nerve, generating nearly 200 comments and an outpouring of anger and frustration on our Facebook page, and now a statement from the district superintendent (see below).

In those comments, current and former Saucon Valley students as well as parents of both former and currently-enrolled students shared personal stories about bullying as well as complaints about district administrators, who they alleged in some cases have failed to adequately prevent bullying or stop the behavior. 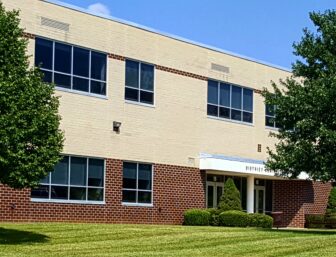 A number of parents said they withdrew their children in response to bullying incidents that went unaddressed or were inadequately addressed by educators, and now homeschool them or have them enrolled in other schools.

“My daughter was tortured for the first few weeks of school,” said parent MaryAnn Wisser. “She is homeschooled now. She was so excited to go to school, and came home sad everyday. She was physically assaulted twice by the same child in the same day. There is no ‘zero tolerance.’ That’s a joke.”

“I sincerely feel that the school does not care,” wrote parent Jessie Lynn on Facebook. “And any backlash from the kids being bullied just gets shut down.”

Wisser has organized a Facebook group called Saucon Valley Parents Against Bullying and said she plans to attend and speak at the next Saucon Valley School Board meeting on Tuesday, Nov. 12 at 7 p.m., at the high school, along with other parents who believe not enough is being done to address bullying behavior in the schools.

A grandparent, Gloria Mihalik, also said she believes not enough is being done to stop it.

“My granddaughter would come home crying every day after school and they did nothing,” she said. “My daughter tried and complained and called the school and talked to everyone at school and even talked to the parents and all they did was talk to the boys and they said the boys wouldn’t do it again, which was (expletive).”

A former Saucon Valley student, Glenn Koehler, remarked that given the national media attention the district received two years ago following a racially-motivated incident that involved bullying, the fact that little seems to have changed seems surprising.

“You’d think an A&E documentary, being name-dropped as a racist school district by Rolling Stone and a federal civil rights lawsuit would wise up the school district,” Koehler said. “Seems to be an evergreen concern with this administration and makes me ashamed to tell people I went to Saucon anymore.”

Other parents questioned the degree of communication between the school district and police when it comes to bullying that might consitute criminal behavior by a juvenile.

“Last year our daughter was being bullied in first grade by the same individual to the point where we got the police involved, at which point we learned that the school does not report any information with them,” wrote parent Mark Richards.

Pennsylvania has an Anti-Bullying law, but considerable discretion is left to school districts in terms of how their anti-bullying policies are not only formulated, but also enforced.

According to the Allegheny County Bar Association, “the law contains no reporting requirements for districts to ensure that the policies are being followed and to track their effectiveness.”

Since the school board meeting at which parent Dave Clarke lambasted the school district for how it has handled the bullying incident involving his daughter, Saucon Source has learned that the Hellertown Police Department has reportedly opened an investigation into an alleged incident involving the alleged bully and another child.

Whether that was opened in response to communication with district officials is unclear, since police do not comment on ongoing investigations, and in the school district’s case, officials are forbidden by privacy laws from discussing the specifics of individual cases.

However, considering the large volume of complaints our earlier story generated, Saucon Source publisher Josh Popichak felt an obligation to the community to follow up on them with Saucon Valley School District superintendent Dr. Craig Butler, who issued this statement in response to them Tuesday.

The Saucon Valley School District administration and staff takes seriously its responsibility to promote positive culture and climate throughout the district. Any report of alleged bullying, harassment or discrimination is handled with the utmost concern and attention. Efforts are onging to implement activities and groups to promote a welcoming and respectful environment in all buildings, for all individuals. To that end, we do investigate reports of bullying, harrassment and discrimination in a timely fashion and follow policy as it relates to each occurance. Our mission is for each student to have a positive experience while pursuing their education in the Sauson Valley School District.

Those words, however, may leave parents such as Clarke feeling unconvinced, at least until or unless additional action is taken by the district.

On Wednesday he told Saucon Source that in spite of the fact that in front of the school board he said no in-school counseling had been offered to his daughter as a result of the bullying, “the school’s still not offered any counseling.”

Instead, Clarke said his daughter is now in private counseling with Dianne Marino-Surovcik, PhD, a licensed psychologist whose practice is located in Hellertown.

Clarke said he is grateful Surovcik reached out to offer assistance to his family, and that he plans to continue to campaign for tougher anti-bullying policies that would not only benefit his child, but others, in Saucon Valley and beyond.

Click here for additional information published on the school district website about its efforts to combat bullying, as well as information about the SafeSchools Alert tip reporting service, which can be used to report instances of bullying and other issues.

The school district’s official policy prohibiting bullying, which was updated in June, does not define when or if bullying incidents must be reported to law enforcement but states:

Depending on the severity of the incident, the school principal may also take
appropriate steps to ensure student safety. These may include implementing a
safety plan; separating and supervising the students involved; providing staff support
for students as necessary; reporting incidents to law enforcement if appropriate; and
developing a supervision plan with the parents/guardians.

What do you think about Saucon Valley School District’s response to bullying? Tell us in a comment.