The state Senate Game and Fisheries Committee Wednesday unanimously approved a bill put forward by State Sen. Lisa M. Boscola (D-18) that would drastically increase the state fine from $200 to $2,000 for killing a bald or golden eagle.

“While I applaud conservationists and law enforcement officers for bringing eagles back from the brink of extinction, it is time to upgrade the penalty to better reflect the continuing importance of these birds as America’s revered national symbol,” Boscola said in a news release. 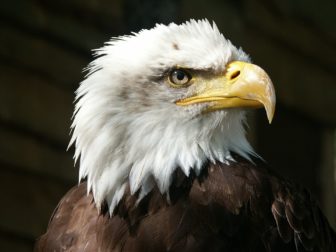 According to the news release, legal protections for bald eagles have existed for nearly 80 years.

Congress passed a law to help protect bald eagles in 1940 and another one to keep golden eagles safe in 1962. Before that, the news release indicated, their population had declined to near extinction as a result of poaching, hunting, pesticide use, habitat destruction and other harms they faced in the 19th and early 20th century.

Aided by the protection laws and the state Game Commission’s re-entry program, the nesting population of bald eagles in Pennsylvania increased from three pairs in 1980 to 270 pairs in 2013, according to Boscola’s office, which noted that the birds were removed from the federal endangered species list in 2007 and had their status in Pennsylvania changed to “protected” in 2014.

At least one nesting pair lives in the Saucon Valley area and is sometimes photographed by local birdwatchers.

“While I am encouraged by the population’s rebound in recent decades, we must continue to safeguard this progress and deter the killing of these emblematic creatures in Pennsylvania,” Boscola said, adding that the bald eagle is a symbol of strength which has great significance for all Americans, and particularly for Native Americans.

Under Senate Bill 377, which is now set to go to the full Senate for consideration, the Federal Bald and Golden Eagle Protection Act would continue to apply in Pennsylvania.