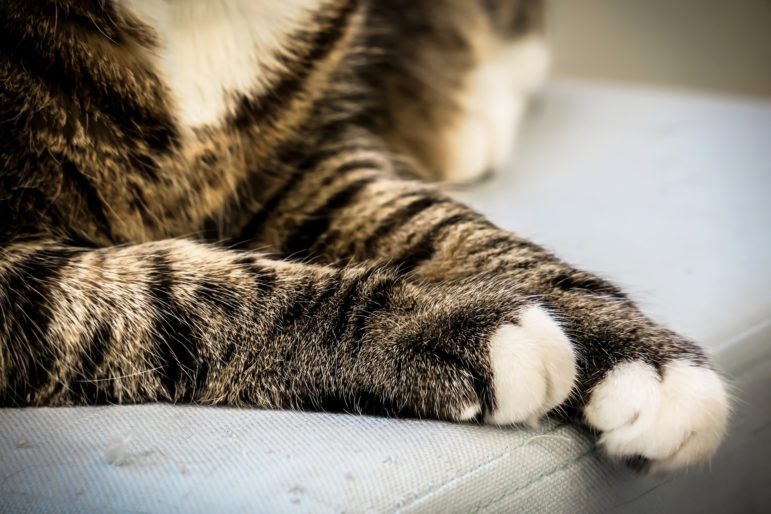 A stock photo of a cat’s legs. Police say a Lehigh County pet cat was maimed when it was shot by an unknown individual.

Pennsylvania State Police at Fogelsville are investigating a recent act of animal cruelty in Upper Milford Township, Lehigh County, that resulted in the amputation of a pet cat’s leg.

Police said the shot came from an “unknown caliber weapon.”

The cat was rushed to a local veterinary hospital were it underwent surgery and had its leg amputated, police said in the news release.

They added that “the cat was out of the house at the time of the injury and it (is) presumed that (the shooting occurred) somewhere in the neighborhood where its owner…resides.”

Anyone with information about the incident is asked to contact state police at the Fogelsville barracks by calling 610-395-1438.