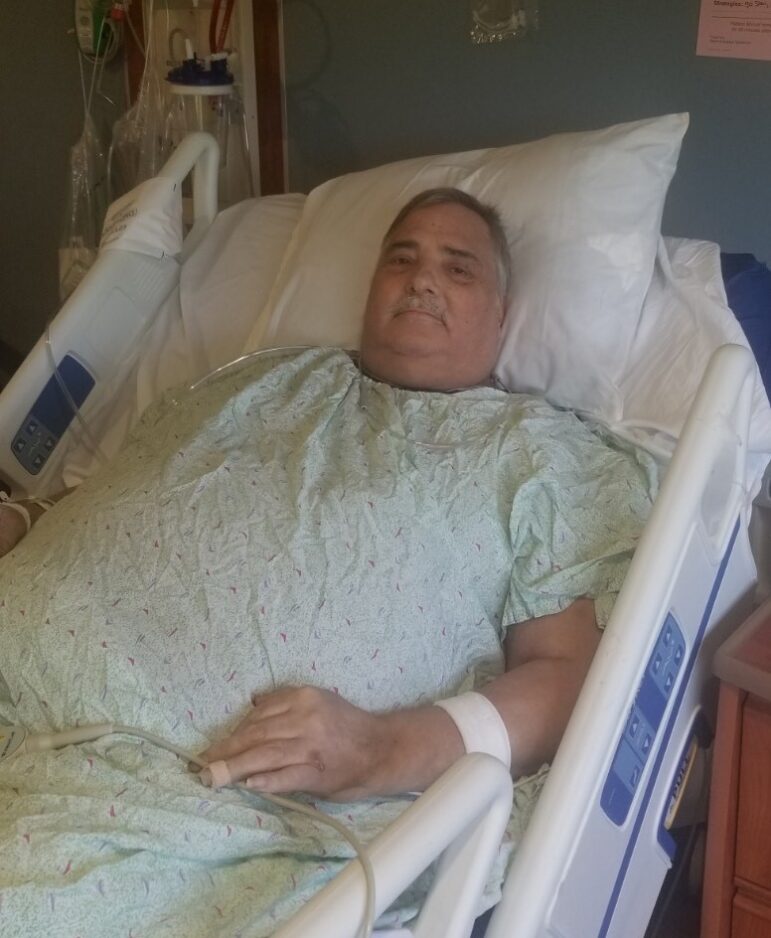 Andrew Priliszh, 64, of Rahway, N.J., left St. Luke’s Warren hospital in Phillipsburg Tuesday after a two-and-a-half month stay. During his treatment for life-threatening complications from COVID-19, Priliszh spent 54 days on a ventilator, which required him to have a tracheostomy and other medical interventions that saved his life.

St. Luke’s Warren Campus has discharged a COVID-19 patient after a 75-day stay which included 54 days on a ventilator.

Andrew Priliszh, 64, of Rahway, N.J., left the hospital Tuesday evening, bidding farewell to the staff who became a second family to him. The first thing he wants to do, he said, is have a T-bone steak, and he is also looking forward to going fishing.

When Priliszh was admitted to St Luke’s Warren in Phillipsburg in early April, COVID-19 was approaching its peak in New Jersey. As the rate of infection gradually fell and the state began to ease its social distancing requirements, the former corrections officer remained in the hospital, quietly fighting for his life.

Both Priliszh and his physician, Dr. Eugene Decker, credited the nursing and other hospital staff for attending to Priliszh’s care and keeping his spirits up throughout out his long, arduous recovery.

“The accolades go to the staff in the intensive care unit that pulled him through,” Decker said. They attended to Priliszh’s every need during his stay, even cutting his hair.

When he was admitted Priliszh had multiple, serious pre-existing health conditions, which put him at high risk after he contracted COVID-19 at a nursing home. He also developed kidney failure secondary to the coronavirus infection, which eventually required dialysis.

“He received just about every intervention you can think of to treat the COVID-19 infection, including plasma donation,” Decker said. He also required a tracheostomy because he was on a ventilator for so long.

“His spirit and will to survive are amazing,” Decker remarked.