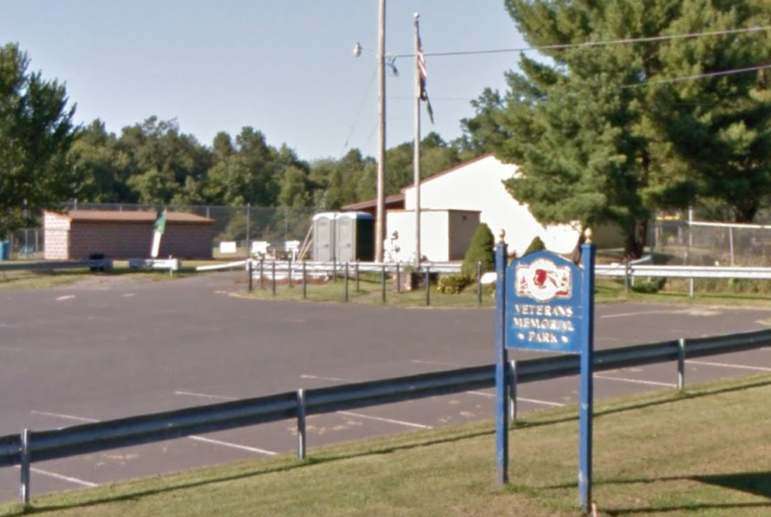 The entrance to Veterans Memorial Park in Upper Black Eddy is off Marienstein Road, near Rt. 611 in the village of Revere.

Most people would probably agree that the destruction of public property often involves less-than-intelligent decision-making on the part of the destroyers.

That could explain why someone or multiple people decided to spraypaint the word “dumb” on buildings and other property in Veterans Memorial Park in Nockamixon Township (Upper Black Eddy), Bucks County.

In a news release Thursday, Pennsylvania State Police at Dublin said they are investigating the graffiti, which was left there sometime between noon Saturday and approximately 4:30 p.m. Tuesday.

Police classified the incident as a case of criminal mischief involving damage totaling less than $1,000 and listed the victim on their news release as Wayne Nicholas Portable Toilet.

The park is located at Easton Road (Rt. 611) and Marienstein Road in the village of Revere.

Anyone with information about the vandalism should contact the Dublin state police barracks at 215-249-9191.

The investigating officer listed on the news release is Tpr. Derik Frymire.