The first murder case in Lower Saucon Township in nearly two decades came to a subdued ending with a plea deal that was announced in Northampton County Court Monday.

Philip Looby, 51, of Bethlehem, had been charged with murdering his 70-year-old mother Mary Anne Looby inside her home on West Point Drive in February 2019, in what authorities at the time said was a violent attack.

Various local news outlets reported that he pleaded no contest to third degree murder and was sentenced to 20 to 40 years in state prison, with credit for time already served.

Northampton County Deputy District Attorney Jim Augustine said Monday he felt there was enough evidence against Looby for the prosecution to have made a case for a first-degree murder conviction at trial, Channel 69 News reported, but agreed to accept Philip Looby’s no contest plea because it was what his family wanted. 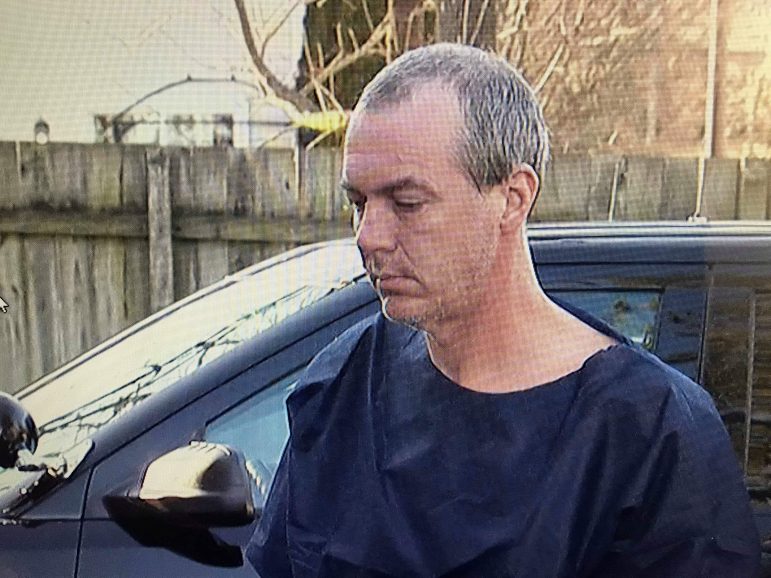 Pictured: Philip Looby is led into Northampton County District Court in Lower Saucon Township for a preliminary arraignment on a charge of criminal homicide on Feb. 4, 2019 following his arrest in a case involving matricide. On Monday, Sept. 14, 2020, Looby, 51, pleaded no contest to a charge of third-degree murder in the death of his mother, Maryanne E. Looby, 70, inside her home on West Point Drive in the township. (FILE PHOTO)

Augustine told the news station the plea bargain also took into consideration Looby’s age and health, as well as the fact that he and his mother had a “co-dependent and toxic relationship.”

A plea of “no contest” in criminal court means a defendant does not admit guilt, but accepts that there is enough evidence against him for prosecutors to secure a conviction.

The Morning Call reported that Philip Looby’s brother, Timothy Looby, spoke on behalf of their family at the sentencing, at which he told the court his brother is not evil, but rather someone deserving of compassion.

That story indicated that questions about the nature of Looby’s strained relationship with his mother also played a role in developing the no contest plea that was entered.