Spring Hill Cleaners was located at 21 Main Street, Hellertown, until it closed late last month. Its owners cited financial hardship caused by the coronavirus pandemic in announcing that their business would permanently close.

A well-established Saucon Valley business recently closed, apparently due to the heavy economic toll the coronavirus pandemic had taken on its bottom line.

Spring Hill Cleaners in the Shoppes at Hellertown on Main Street (Rt. 412) went out of business in late August, according to a sign posted on the front door of the business.

The owners said their dry cleaning business “will be closing permanently due to financial hardship caused by COVID-19.”

“It has been a pleasure to serve you over the last 12 years,” said the note, which was signed by “Andy & Lily.” 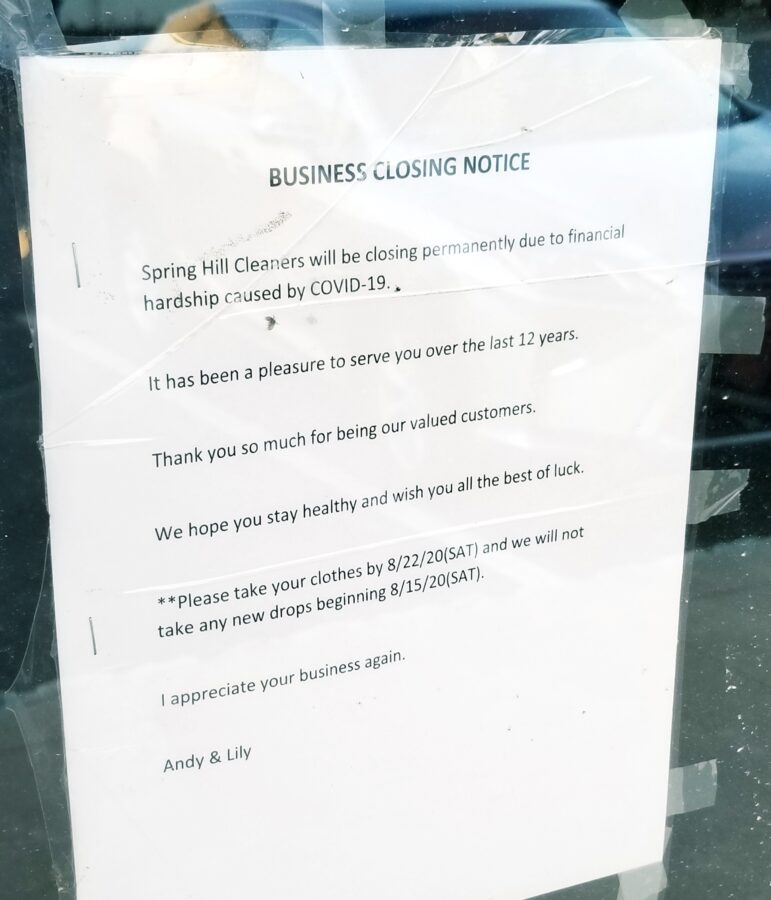 A sign advertising the closing of Spring Hill Cleaners in Hellertown was posted on the business’s front door before it closed for good in August.

The owners requested that customers pick up their garments by Aug. 22, 2020 and noted that they would no longer be accepting new dropoffs as of Aug. 15.

As of Monday the inside of the retail space Spring Hill Cleaners occupied was torn apart, with ceiling insulation strewn across the floor and walls gutted down to the studs.

There are several other vacancies in the shopping center, which includes a former bank branch that is supposed to be repurposed as a Starbucks coffee shop with a drive-thru.

Plans for the Starbucks store were announced shortly before the coronavirus pandemic began, and it remains unclear if they will be altered by the ongoing outbreak, which has caused many companies to go out of business entirely or to scale back expansion plans.

Among the local businesses that have closed due to the pandemic is Taps Tavern, which was an established restaurant and sports bar on Rt. 378 in Lower Saucon Township.

Owner Andy Lee announced in late May that the restaurant wouldn’t reopen following Pennsylvania’s mandatory coronavirus shutdown due to the “heavy toll” it had taken on his business.

As of Monday, restaurants in Pennsylvania are permitted to increase their indoor seating to 50 percent of maximum seating capacity, however alcohol sales must end at 11 p.m.

Seating in restaurants was temporarily reduced to 25 percent of maximum capacity in mid-July, under an order issued by Gov. Tom Wolf because of a spike in the number of new COVID-19 cases being reported to the state.

Consequently, many restaurants, taverns and other establishments opened or expanded outdoor seating areas; seating areas that are now being closed as temperatures begin to cool. 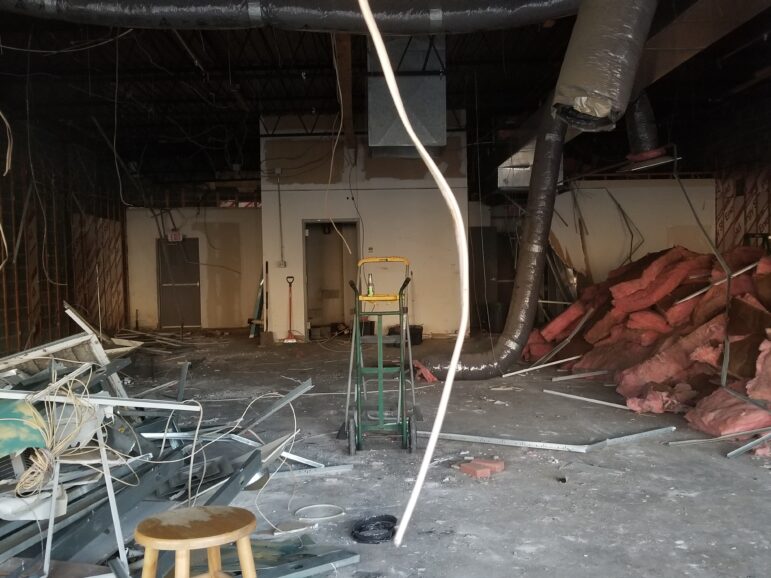 The space that recently housed Spring Hill Cleaners in Hellertown has been gutted.