Branco, who worked out the details of the donation with the hospital over the past four months, credited St. Luke’s President & CEO Richard Anderson, Vice President of Operations Patricio Manzanares and President Carol Kuplen for their instrumental help in securing the donation.

“St. Luke’s University Hospital is pleased to support Fountain Hill’s acquisition of a new fire truck–something that will directly benefit residents of the borough for many years to come,” said Manzanares. “Our contribution is emblematic of the strong partnership St. Luke’s and Fountain Hill have fostered over many decades.”

The remaining $200,000 comes from a Community Development Block Grant (CDBG), which Branco worked closely with the Lehigh County Department of Community and Economic Development (LCDCED) to obtain.

In Branco’s time with the borough, CDBG funds have been primarily used to pay for road work and housing development projects. While funds may be allocated for the purpose of purchasing a new fire engine, Branco said that hasn’t been done yet.

“I’ve done five or six roads in the borough since I’ve been here,” he said. “All of that was CDBG funds.”

Branco had to go through a rigorous grant procedure in order to receive funding from the LCDCED. The grant proposal had to be approved by the LCDCED through commissioner and executive meetings before appearing before the department’s CDBG department.

Without the help of the LCDCED, their executive and county commissioners, Branco said purchasing the new engine would not have been possible.

The borough actually received approval for the CDBG funds back in the spring. Branco then had to come up with a plan to fund the rest of the truck.

“We either had to look at the state fire commissioner for a loan, or I could talk to the banks,” Branco recalled.

The state fire commission had much of its resources tied up in COVID relief efforts at that time, and Branco did not want to reach out to banks. It was at that point that he contacted St. Luke’s.

The donation is not the first time St. Luke’s has been a benefactor for the small borough in which its flagship hospital is located.

Branco said the hospital purchased a new pickup truck last year for Fountain Hill’s public works department. They purchased a backhoe for the borough the year before that. Those purchases combined totaled more than $125,000.

Had it not been for the health network’s generosity, “all of that would have come out of taxpayer money,” Branco said.

Branco also praised Don Szabo, Fountain Hill’s Emergency Management Coordinator, for his role in the process. Szabo works closely with the borough’s fire department, and he put Branco in contact with truck vendors of the fire department’s choosing.

That helped the borough select a truck that was exactly what the fire department wanted.

“The truck has all the options that the fire department members who looked at it wanted,” Branco said at the council meeting.

Chief of the fire department Derek Richmond took a moment at the council meeting to express his gratitude for the efforts of everyone involved.

“As both the fire chief and a resident of Fountain Hill, I’d like to thank St. Luke’s Hospital, Mr. Branco, Mr. Szabo, the members of council, as well as of course the officers and members of the fire department who do work hard,” Richmond said. “This is an incredible thing that we’re able to put all of these pieces together, and through the hard work of these individuals get a truck that will serve this borough for the foreseeable future.”

The truck will take about a year to manufacture. When the borough has its new truck this time next year, Branco said he will approach council again to put the old truck up for sale. 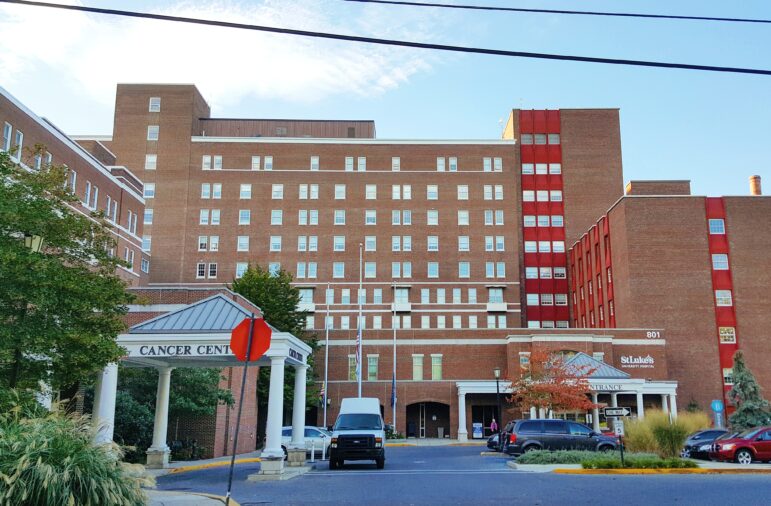