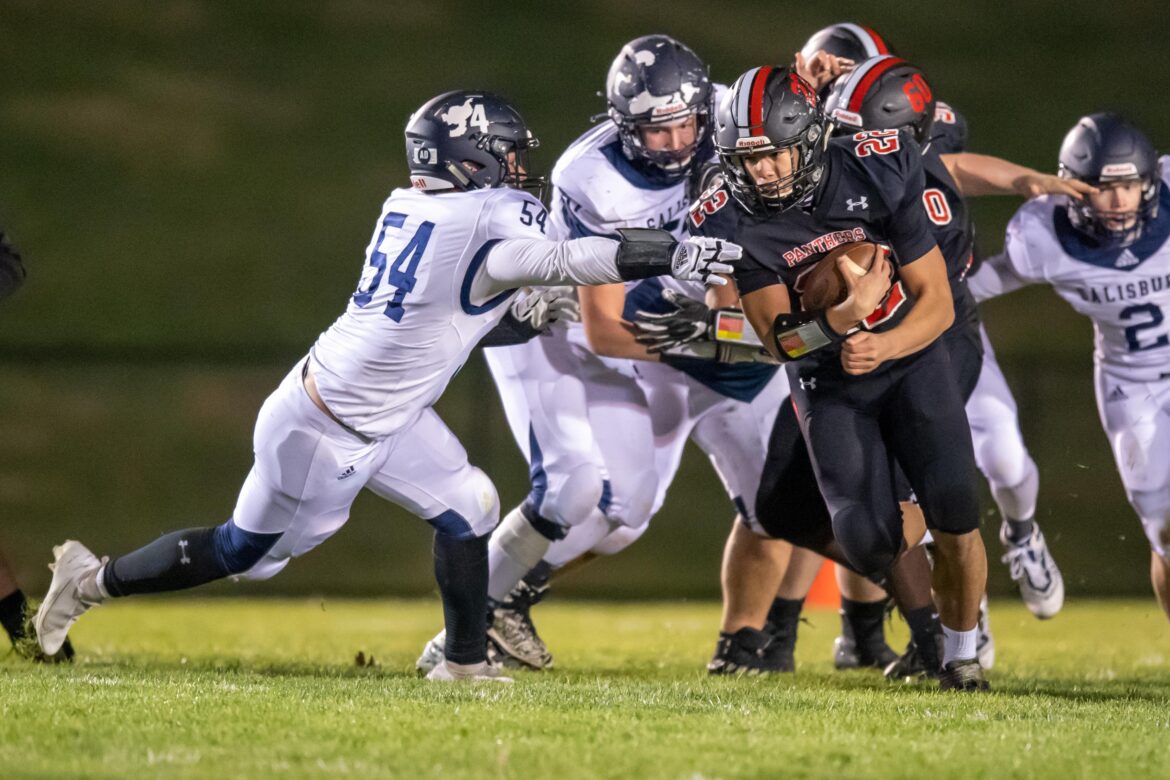 The Panthers pushed the pile, but it was not enough to get past the Salisbury Falcons.

It was a Thursday night Covid contingency game that allowed the Saucon Valley Panthers to host their 2020 Senior Night.  The post-season game was generously agreed to by Salisbury and scheduled on a whim after the Panthers were subjected to the second, two-week quarantine of their roller-coaster season.  Even though the Panthers were able to play, the Salisbury Falcons left Hellertown with 43-22 victory.

Shout-Out to the Panther Seniors!

Although Salisbury never trailed, Saucon was within striking distance late in the fourth quarter.  However, trailing 30-22 with a little over two minutes remaining the Panther wheels fell off.  Salisbury senior quarterback Quintin Stephens broke contain and darted the distance through the Panther defense for a 34-yard touchdown run.  Then, one minute later Stephens, from his cornerback position, picked off a Panther pass and took it to the House for a Pick-6. It was Saucon Valley’s fifth turnover of the night. Stephen’s two, late touchdowns finished off what may have been a career night for the Falcon. Stephens had a hand in 300 yards of offense (187 passing, 112 rushing) and five touchdowns.

Saucon Valley gathered touchdowns from Ty Csencsits, Damian Garcia and Ty Pfizenmayer, but the Panthers could not overcome their four fumbles and interception.  Even with the turnovers Saucon managed 259 yards of offense, but the Falcons were able to convert 9 of 13 third-downs.  Salisbury also converted on both of their fourth-down attempts.  Saucon Valley conceded a total of 415 yards to the Falcon offense.

Just in case you missed it, here is Thursday’s livestream…… 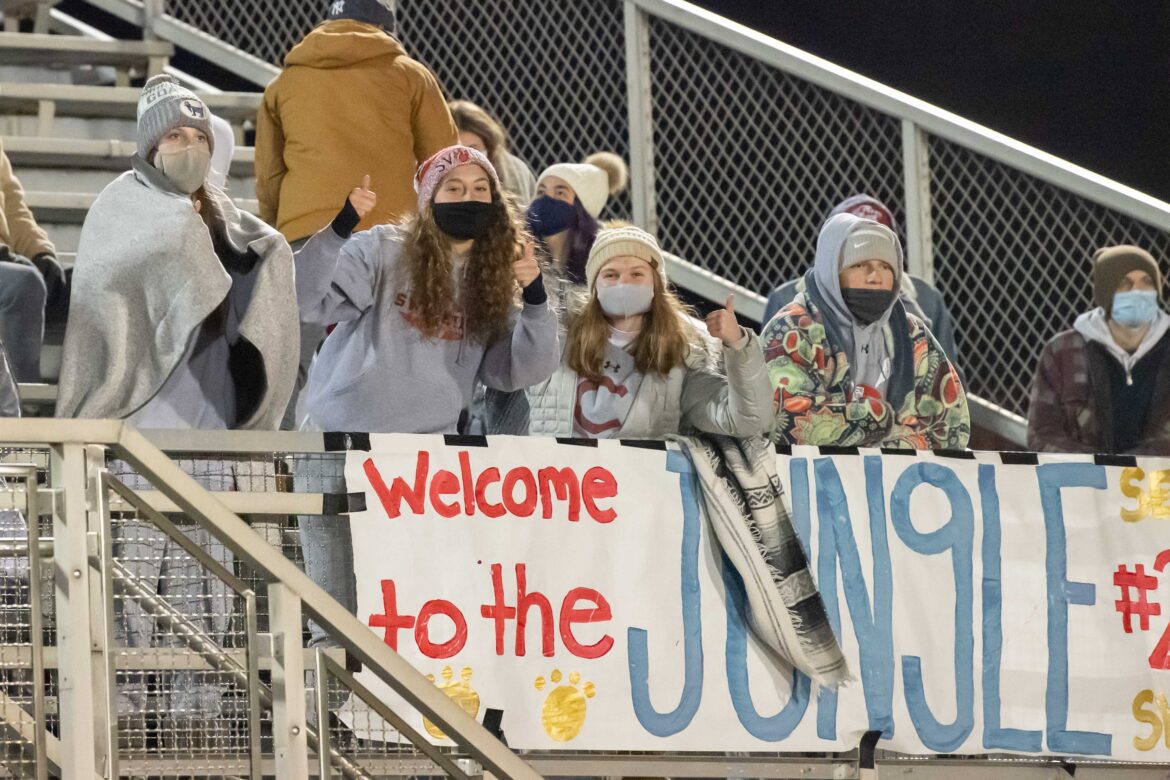 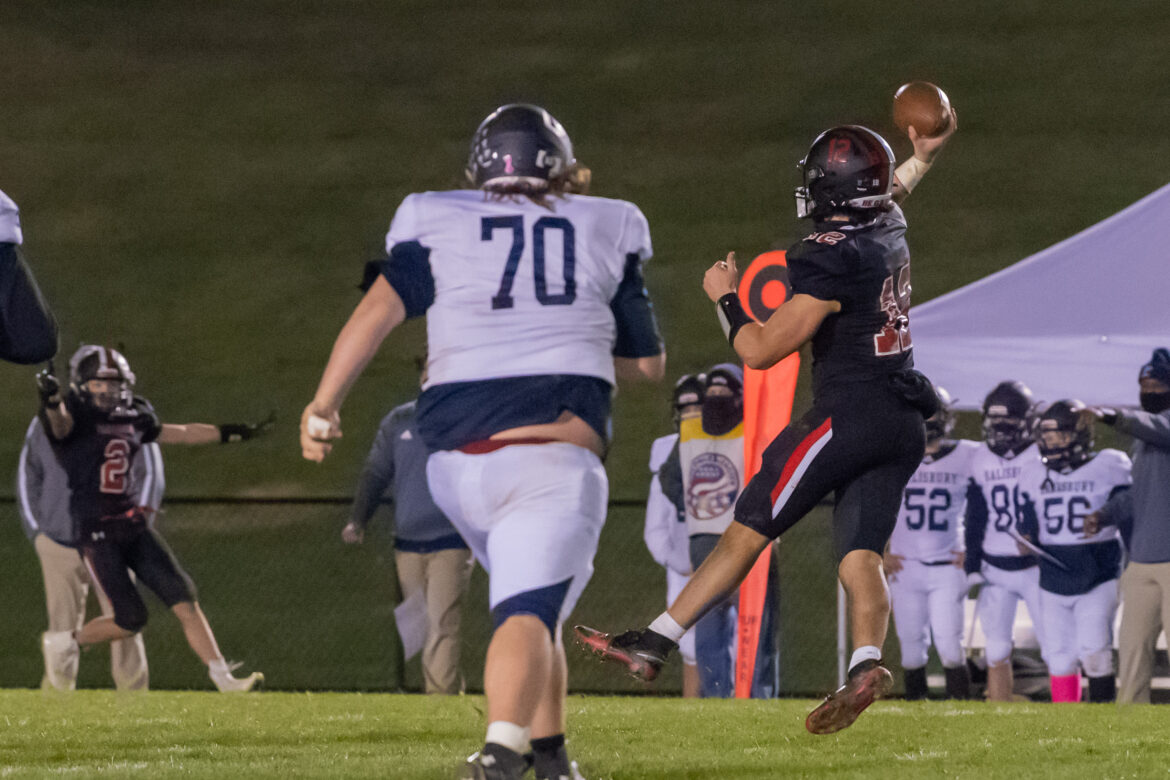 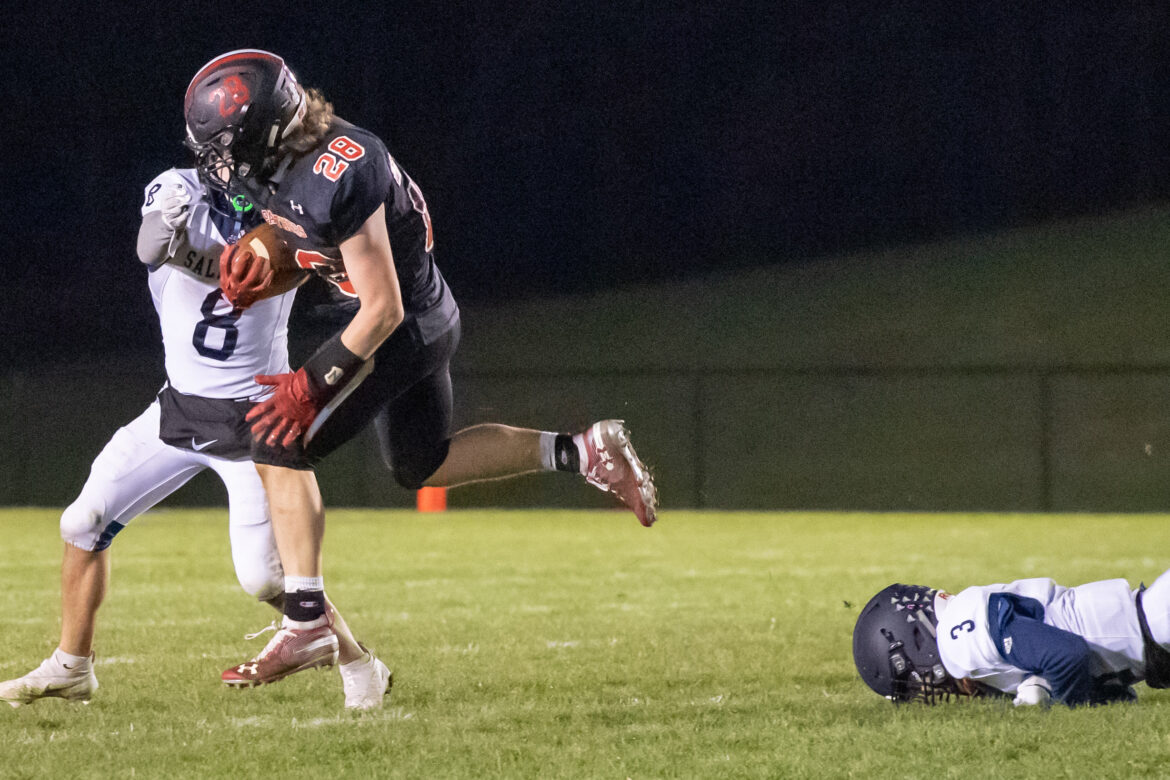 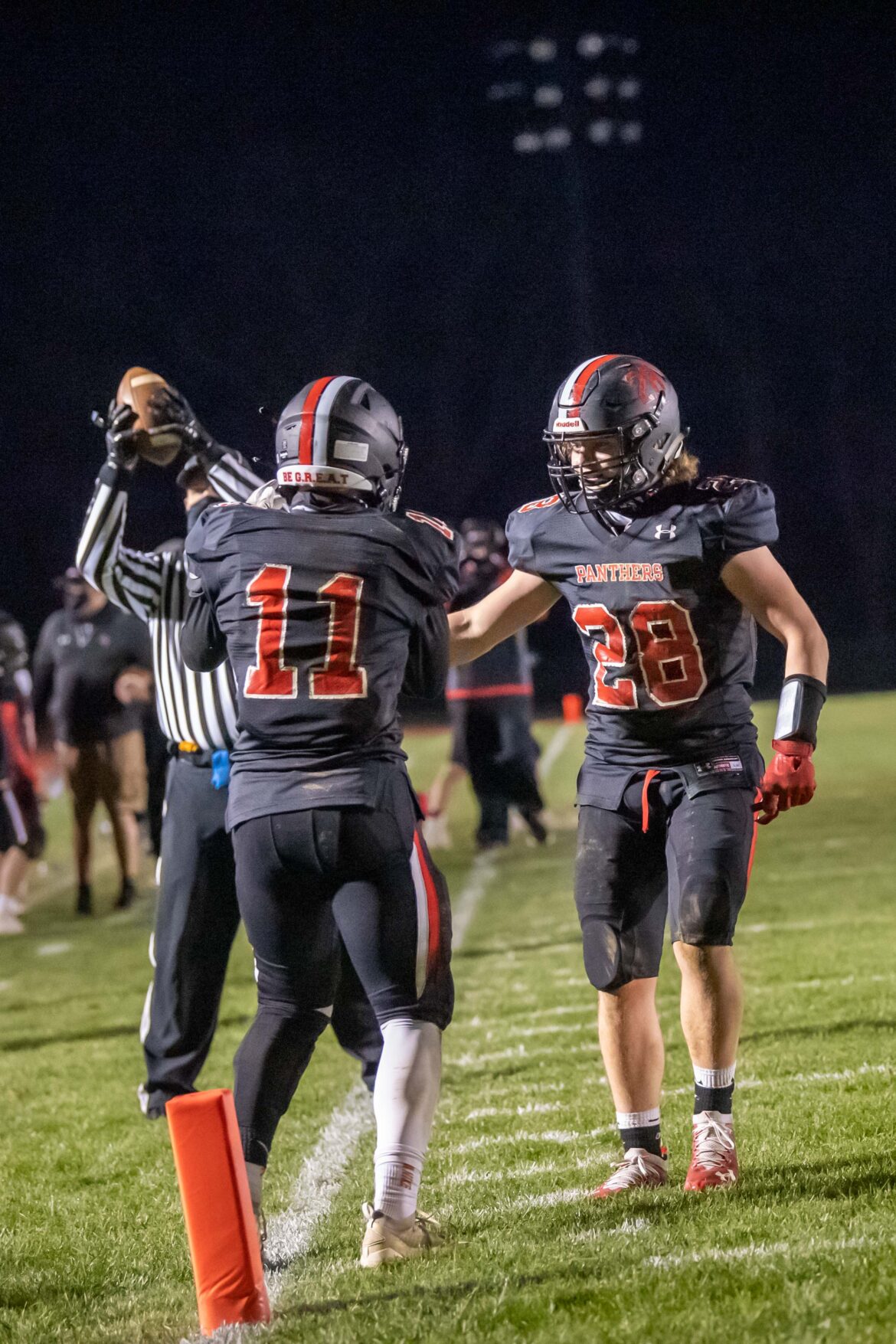 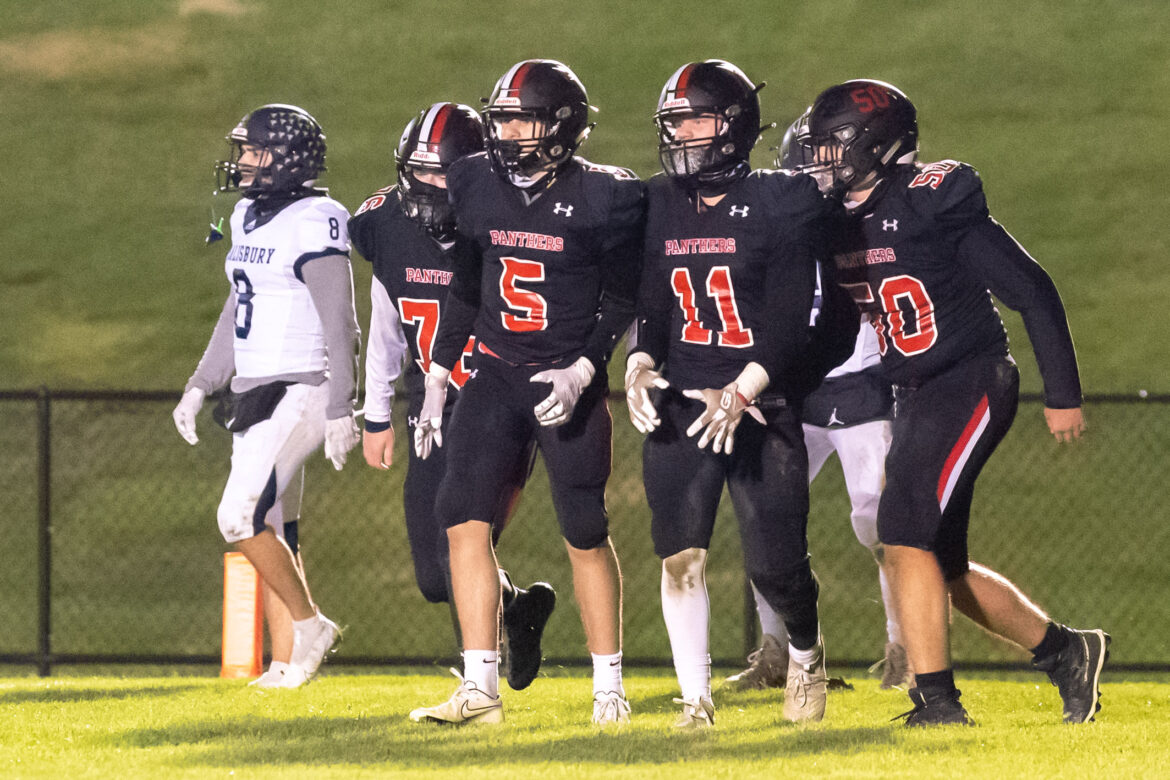 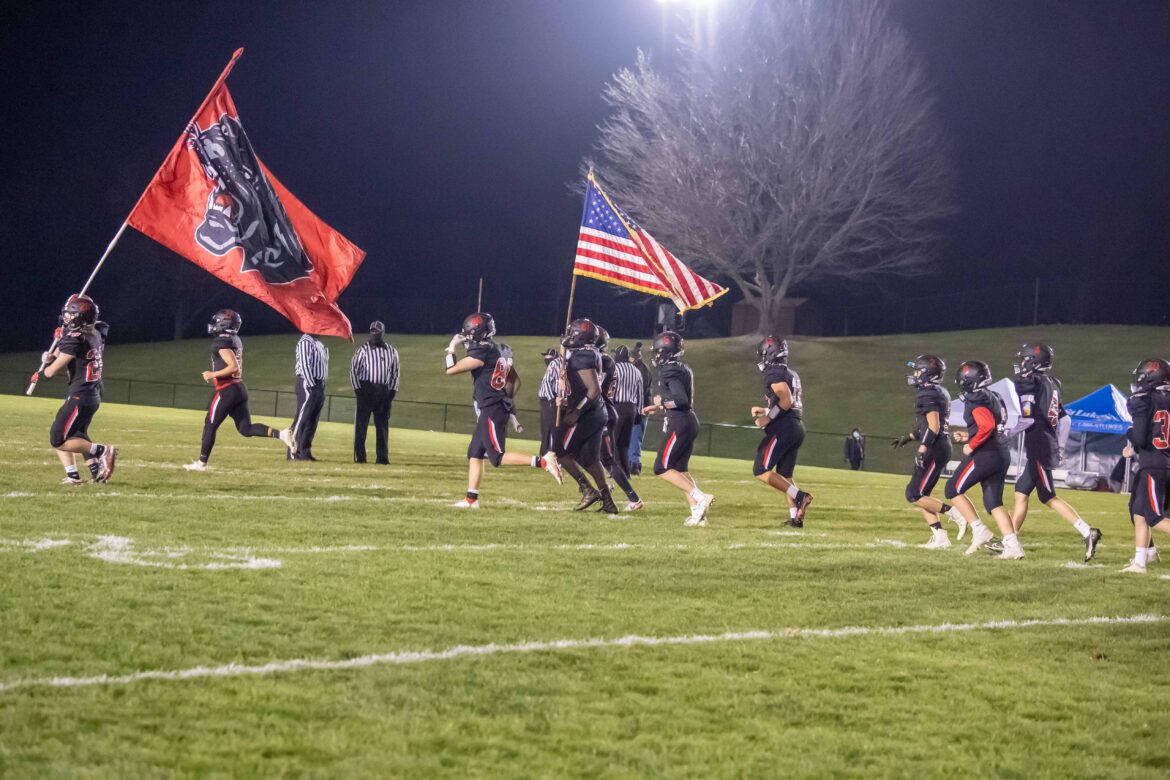 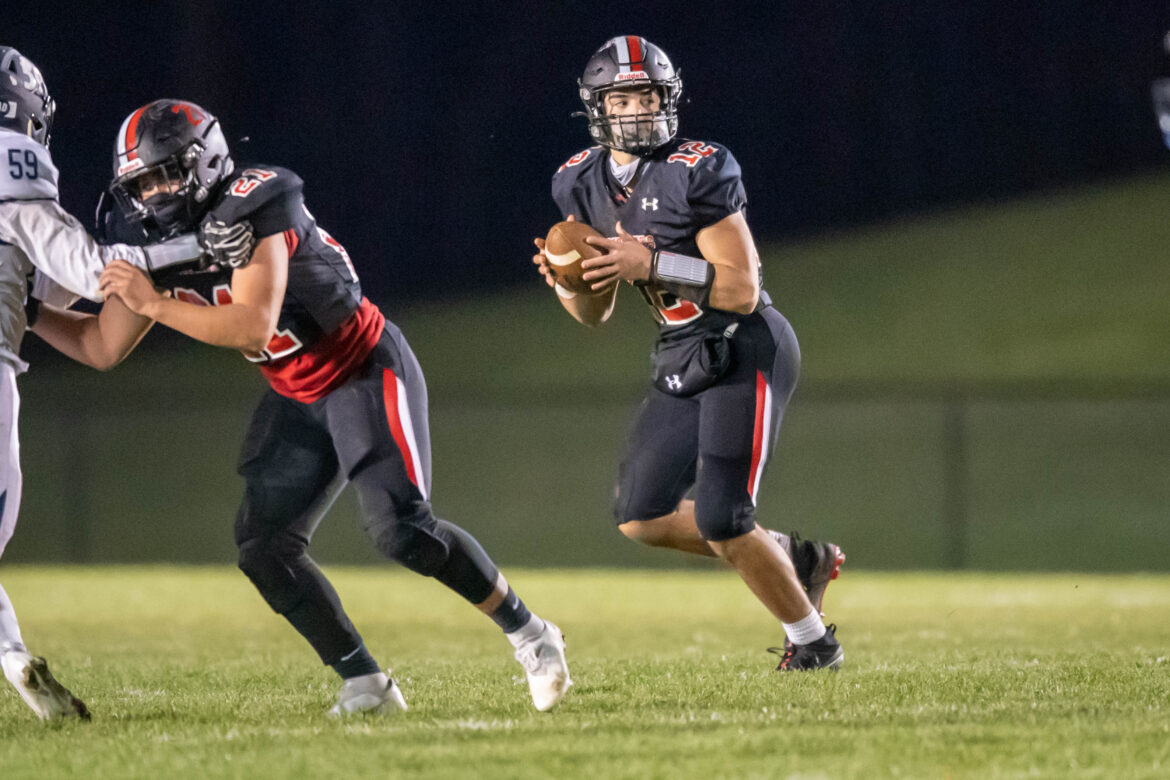 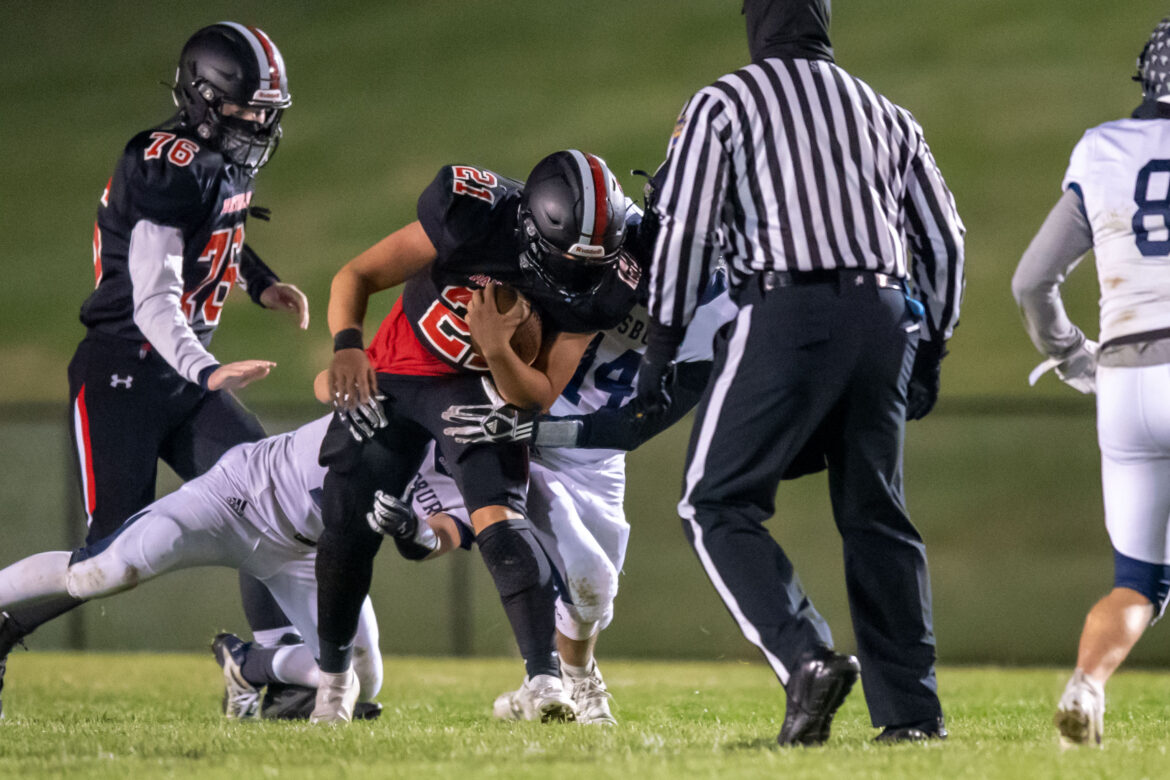 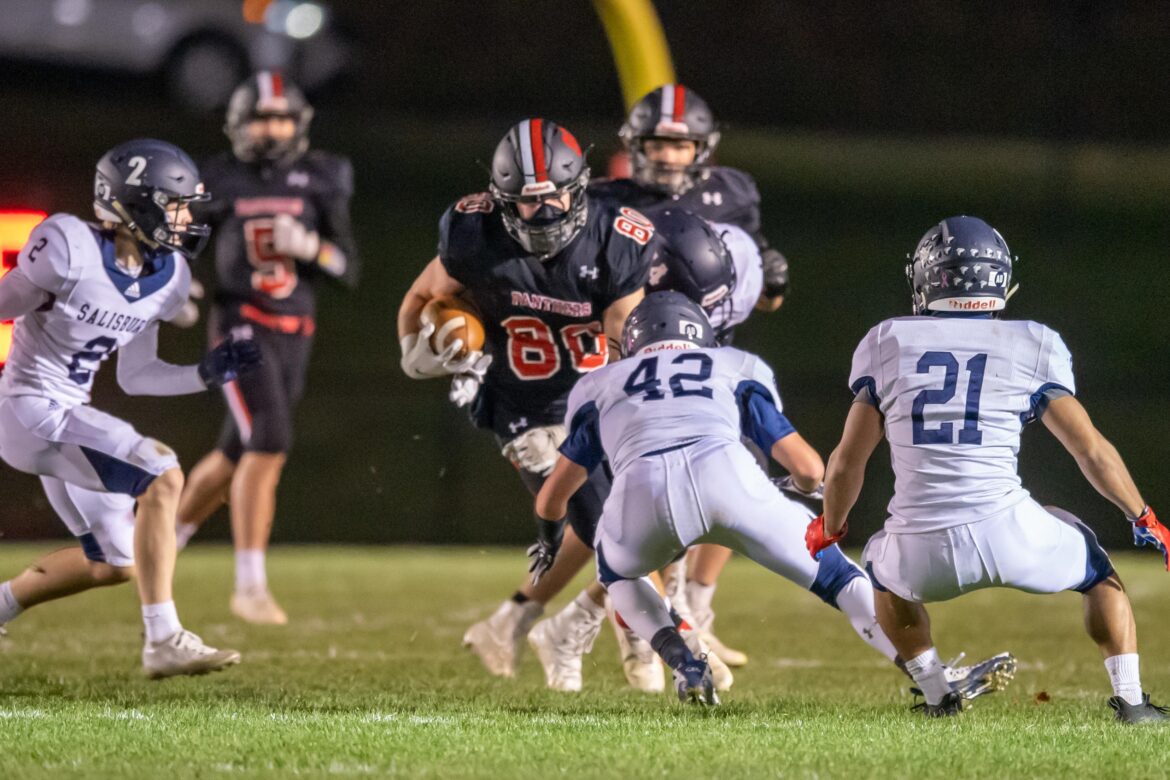 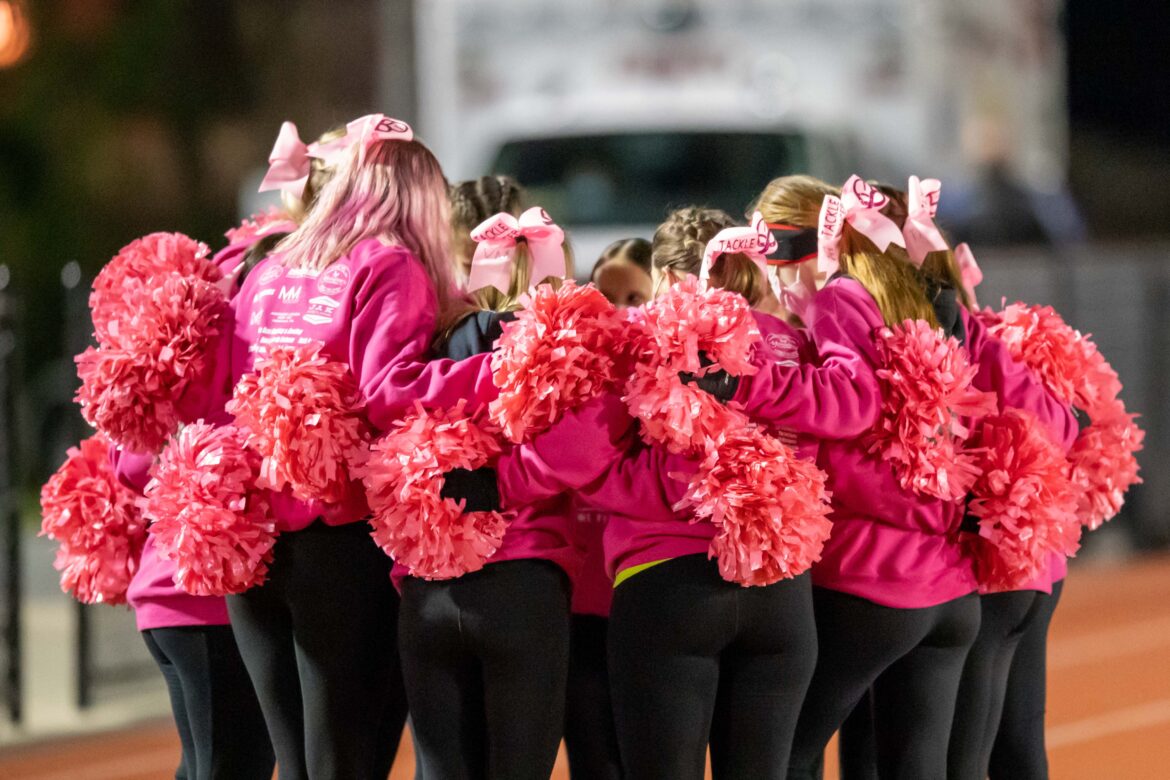 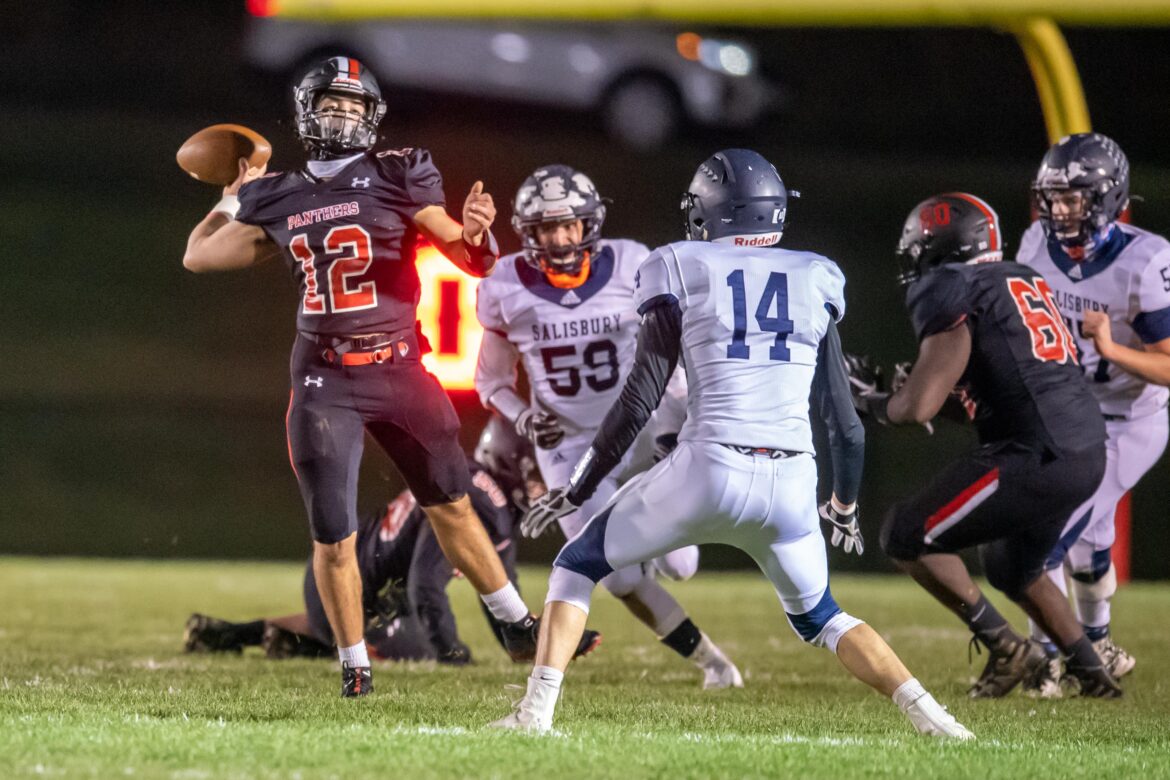 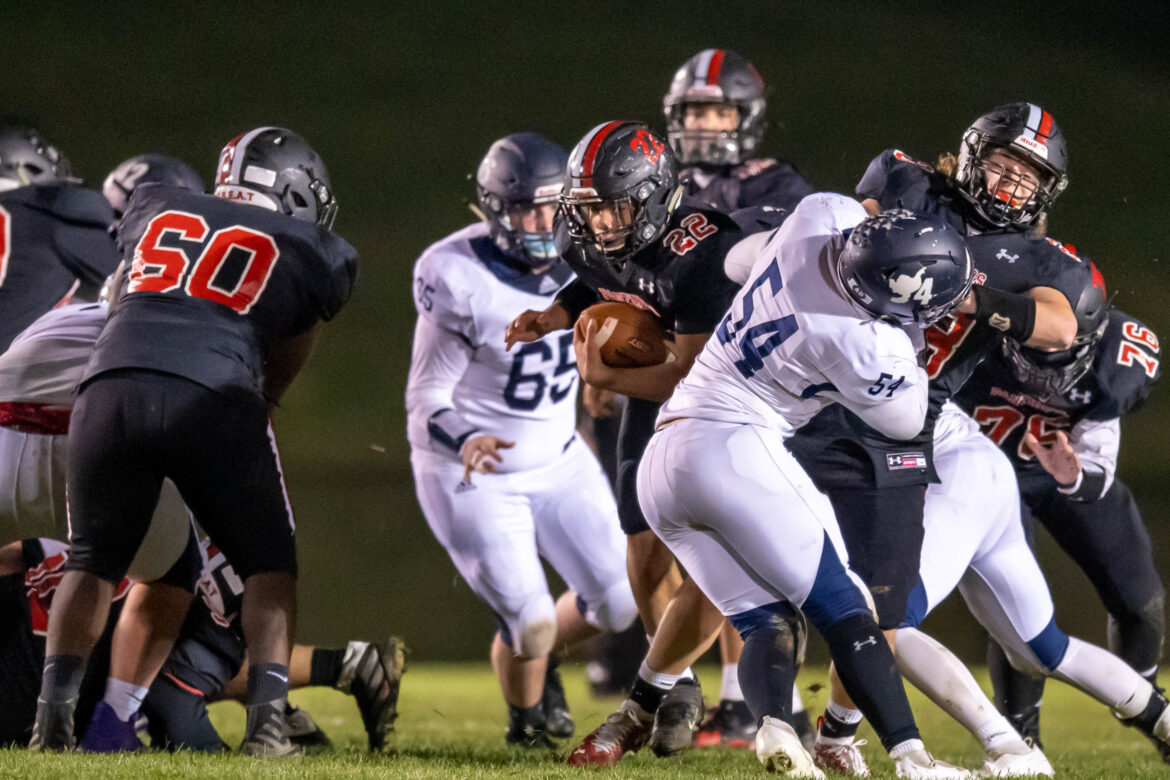 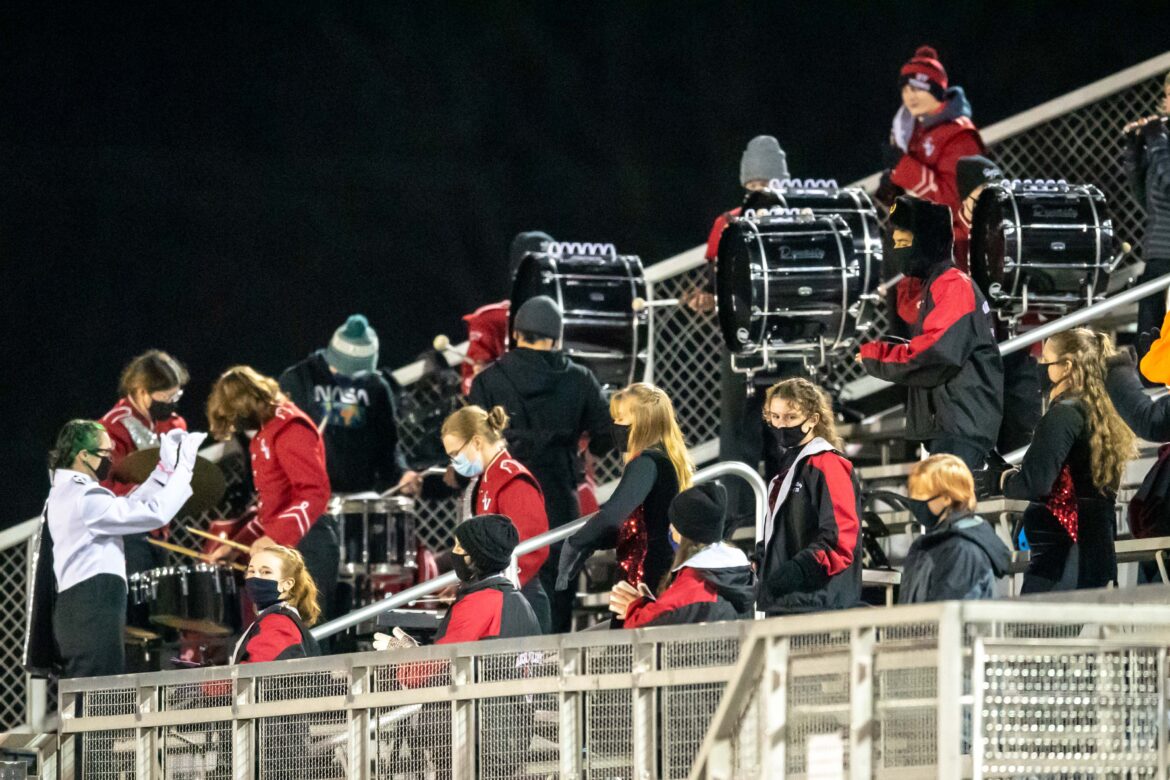 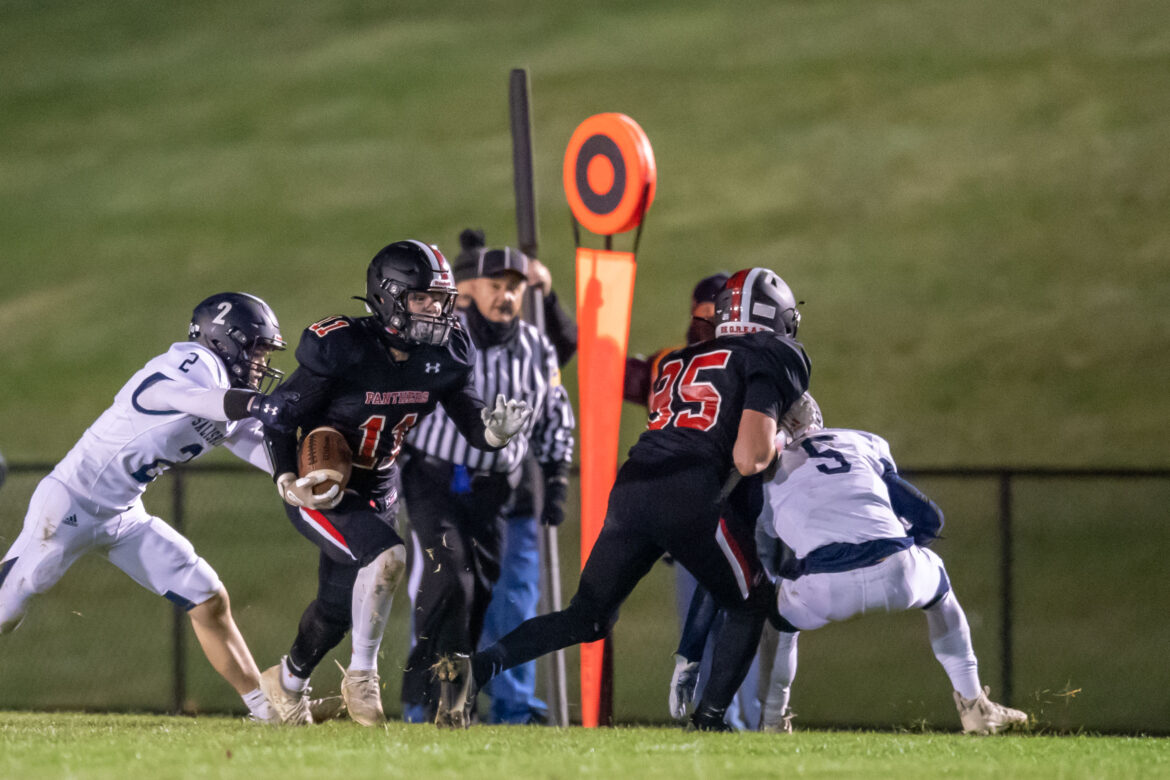