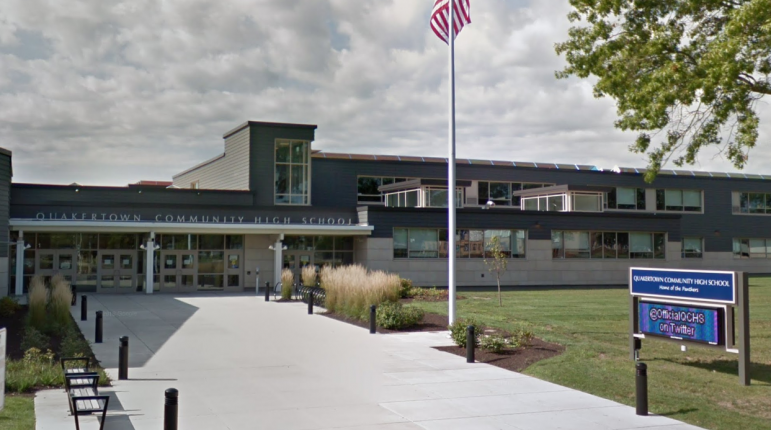 Officials at Quakertown Community High School were forced to transition to remote learning for students Monday, after a significant number of teachers were absent in the wake of a private event attended by what an official termed a “large crowd of students.”

An email to parents from principal Mattias van ‘t Hoenderdaal indicated that the district feels the absences were “due to concerns about an event that occurred in our community this week that a large crowd of students attended, causing a potential safety concern…”

According to a source, the event referenced by van ‘t Hoenderdaal was a homecoming dance organized by families that was held at a Quakertown borough establishment.

Due to statewide COVID-19 restrictions, large social gatherings such as dances have not been permitted to be held on school grounds this year, and private establishments are also limited in terms of how they may operate and the numbers of people they can serve.

In spite of the public health protocols in place, some families recently have demonstrated a willingness to organize functions privately, perhaps out of a desire to give their children a sense of normalcy at a time when being a high school student is anything but normal.

Two weeks ago, there was a two-day staff shortage at Southern Lehigh High School after an off-site dance was reportedly held by students and their families, but school officials declined to publicly establish a cause-and-effect relationship between the two events.

After a third of Southern Lehigh High School’s teachers called out sick, a teachers union representative said the absences were not part of a ‘sick out’ his union organized.

“I can’t really speculate as to why (the teachers) did call off sick,” union president Dave Diaz told the Morning Call.

“Since the event was a private event and not in any way organized by or sanctioned by the district, I have no information on that event or numbers of people attending,” Southern Lehigh superintendent Kathleen Evison said later in a follow-up email to Saucon Source.

In his email to parents, van ‘t Hoenderdaal did not share any details about the event or name the establishment where it was held. But he urged them to comply with the health and safety regulations that are in place to help prevent the spread of the coronavirus, which has been occurring at a record rate in Pennsylvania and across the country.

“To avoid this in the future please encourage your children to wear their mask, to social distance and to avoid large gatherings,” he said.

More information on the district’s COVID-19 policies and procedures may be found here.