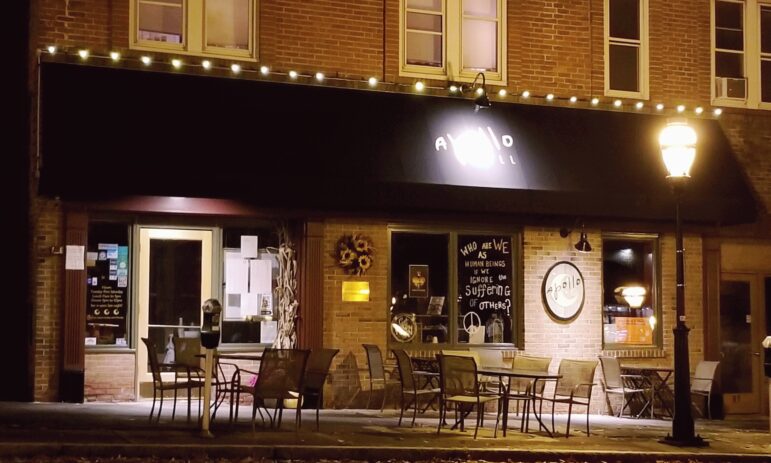 Local business and restaurant owners are frustrated with Gov. Tom Wolf’s decision to veto House Bill 2513, a measure which would have loosened coronavirus-related restrictions on restaurants in Pennsylvania.

“By eliminating these critical protections, in addition to removing certain limits related to bar service and purchasing of alcoholic beverages, this bill increases the likelihood of COVID-19 outbreaks,” Wolf said.

The bill would allow for eating establishments to utilize bar seating as long as the establishment continues to enforce social distancing and uses barriers. It would also eliminate the requirement that a meal must be purchased with all alcoholic beverages.

For Rachel Griffith, owner of Apollo Grill in Bethlehem, the bill would help boost liquor sales, which make up a substantial portion of her restaurant’s revenue.

“We’re not necessarily a drinking-drinking bar, but where we’ve felt the most effect is clearly in our liquor sales,” she said.

Andy Lee, owner of Braveheart Highland Pub in Hellertown, was looking forward to HB 2513 being signed into law, because it would allow his restaurant to use its iconic bar once again.

“I have 30 bar seats, which we haven’t been able to use,” Lee said. “We have all the plexiglass, we have it all made, we just never had the chance to use it.” 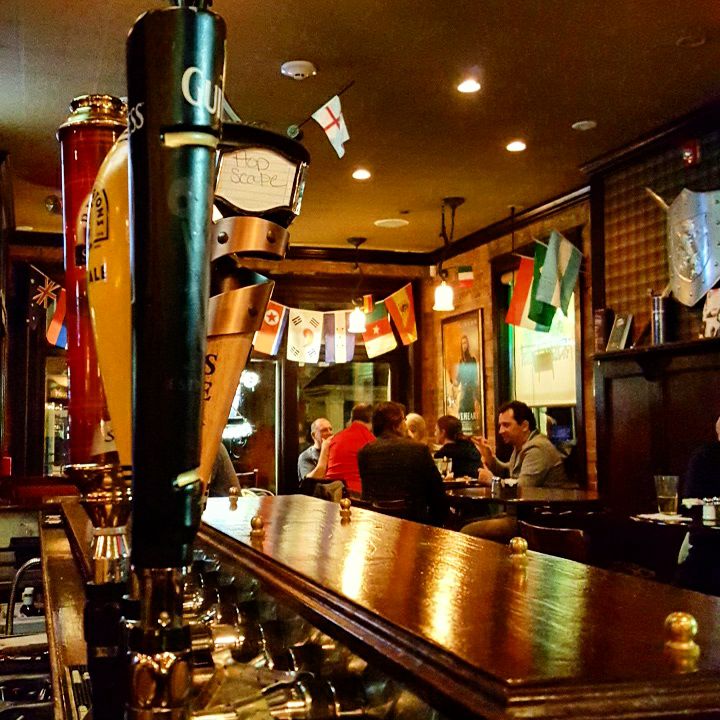 Braveheart Highland Pub in Hellertown is known for its warm, authentic atmosphere reminiscent of establishments in Scotland. It is one of thousands of Pennsylvania restaurants and bars that have been hurt by COVID-19 restrictions such as a prohibition on ordering drinks without the purchase of food to accompany them. Owner Andy Lee said the bar has Plexiglass dividers that could be installed between its bar seats if a statewide ban on bar seating is amended.

Many local restaurants, including Braveheart and Apollo Grill, have been heavily reliant upon outdoor dining throughout the summer and early fall. HB 2513 would allow all restaurants and private events to operate at a minimum of 50 percent capacity indoors, which would help restaurants fill more tables as al fresco dining becomes impossible.

Politicians opposed to the bill, however, cite this particular aspect as one of its main weaknesses.

State Rep. Bob Freeman (D-136), who represents Hellertown borough and a portion of Lower Saucon Township in the state House, said HB 2513 would allow restaurants to exceed 50 percent as long as they maintain physical barriers.

“There is no definition in the bill as far as what is meant by physical barriers,” Freeman said. “Is it a partition? Is it Plexiglass? Is it a shower curtain?”

That ambiguity, Freeman said, is likely to be taken advantage of if the bill were to be signed into law.

“A restaurant could attempt to go way beyond the 50 percent occupancy permitted simply by putting up shower curtains between seats, and that’s not sufficient to halt the spread of the virus in an indoor setting,” Freeman said.

“I don’t think it’s prudent to take the ability away from the governor to react quickly to stop a new surge in the virus should it occur on the level that would require action,” Freeman said.

Removing Wolf’s ability to impose restrictions is precisely the type of move supporters of the bill are in favor of.

“The governor has done virtually everything possible to hurt our industry,” said Steve DiDonato, a local wine distributor who has recently been advocating for HB 2513.

“The restaurant and hospitality industry is the second-leading employer in Pennsylvania, and to not be able to supply us with some type of guidance, or relief, or what to expect, is a slap in the face,” said Griffith.

Griffith’s business has also been impacted by capacity restrictions on other event venues, such as the ballrooms at the nearby Hotel Bethlehem. The lack of travel, as well as there being fewer smaller events like weddings, has greatly reduced traffic to the Apollo Grill. 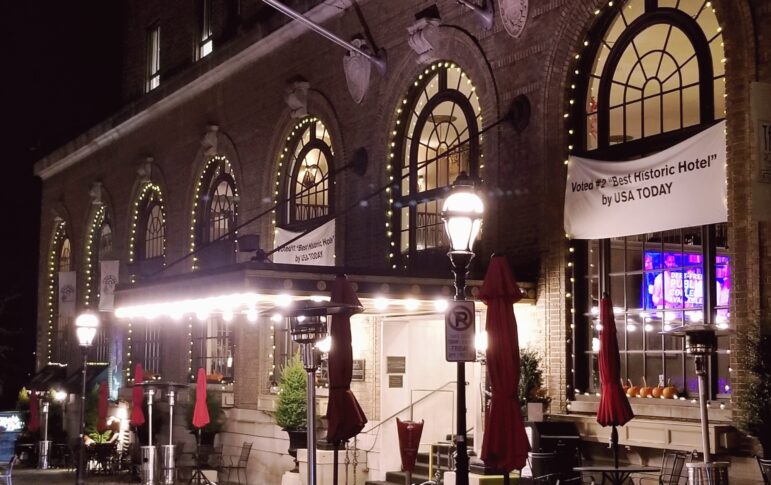 Hotel Bethlehem is a landmark in the Christmas City for many reasons. Owner Bruce Haines said the same room inside the downtown hotel has different seating capacities according to how it is used; a dichotomy he believes doesn’t make sense.

“I think some of the capacity restrictions placed on these venues such as the Hotel Bethlehem are ridiculous,” she said.

That sentiment was echoed by the hotel’s owner, Bruce Haines, who said the disparities between mandates for restaurants and event spaces defy logic.

“The real important thing for us is our dining event space, where the capacity is only 20 percent, but I can do 50 percent in the adjoining room that’s a restaurant,” Haines said.

One of the Hotel Bethlehem’s restaurants, 1741 On the Terrace, operates as both a restaurant and an event center. On nights when it serves as a restaurant, Haines can have 50 people in the space, however on private event nights the space is limited to just 20 people.

“There is the complete fallacy of the current rules,” Haines said.

There is some common ground on this particular issue, and Freeman agreed that small event spaces such as the Hotel Bethlehem’s ballrooms and terrace room should be treated like restaurants.

Freeman has been working with the governor’s office in an attempt to make other changes to help restaurants. He is the co-sponsor of HB 2789, which would allow restaurants to keep the sales tax they collect during the pandemic.

“That would give them an infusion of some funding that can help them with their operations,” he said. “In fact, it would allow them to apply for that being converted into an outright grant after the pandemic.”

Freeman also mentioned the $1 billion in CARES Act funding still waiting to be allocated in Harrisburg.

“I think we really need to act on that,” he said. “The Republican leadership has not done so, but I think we should carve out a good portion of that to go to the restaurants and the small businesses that are in need of financial support to keep afloat.”

Some relief for restaurants came last week when the Pennsylvania Liquor Control Board voted to waive some 2021 license fees. The decision provides an estimated $27.7 million in relief efforts for licensees most affected by the pandemic.

The direct effect on individual businesses, however, does not appear to be substantial.

“It doesn’t help, period,” Griffith said. “The cost of renewing my liquor license doesn’t even cover the cost for the amount of Plexiglass I’ve had to put up throughout my restaurant.”