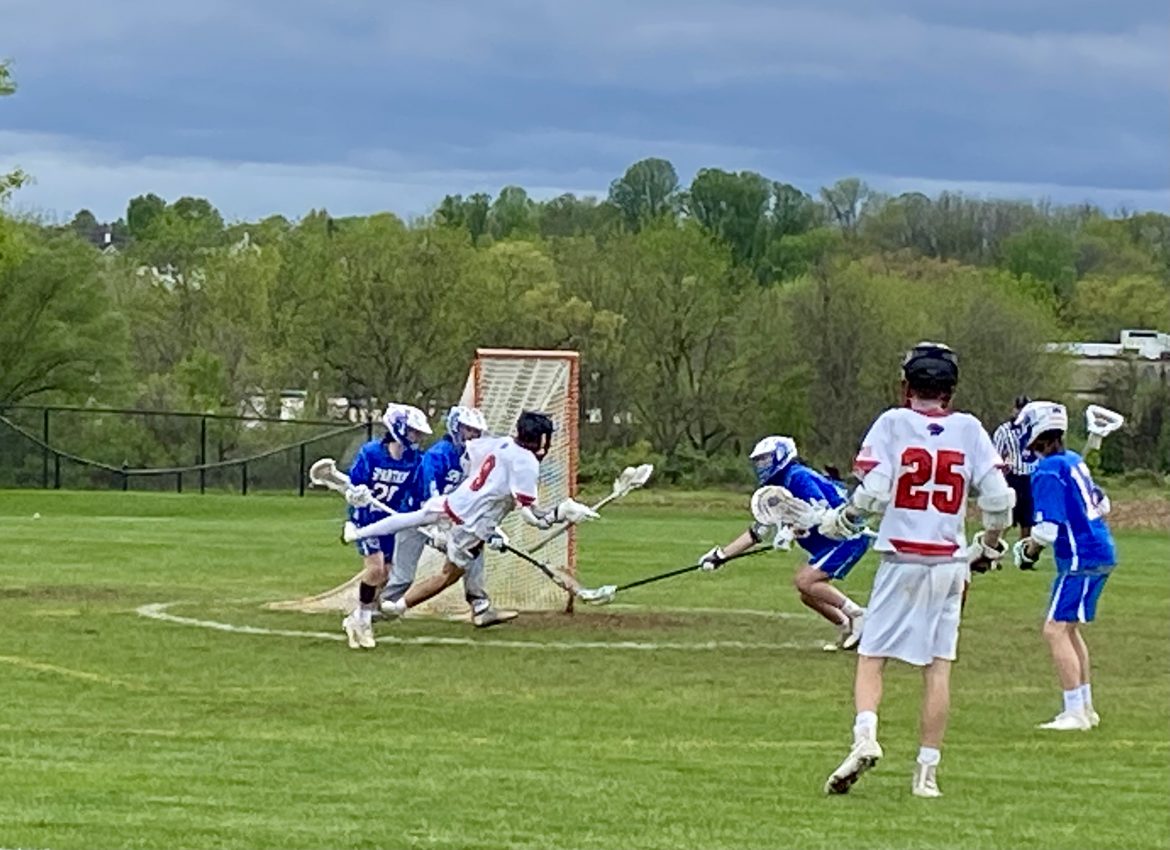 Saucon Valley junior Jake Kalinchok goes air-born to get a goal past the Spartan keeper.

You never know what you’re gonna get when the Saucon Valley Panthers and neighboring Southern Lehigh square off against each other in competition.  On Wednesday, the Spartans and Panthers battled lacrosse style. The Panthers came out swinging, but it ended up as a tale of two halves. 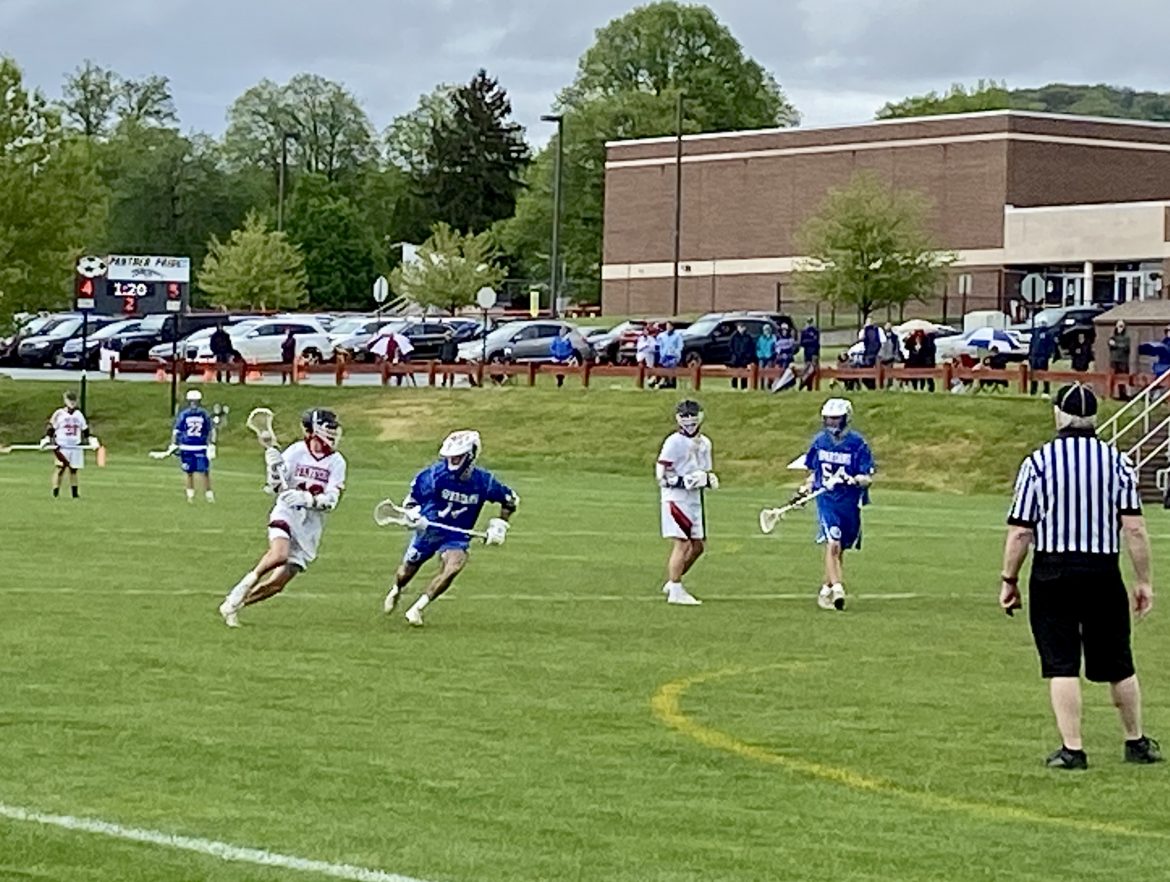 Saucon Valley junior Colin Zavacky pushing the first half pace for the Panthers.

Southern Lehigh did draw first blood with a goal about three minutes into the game.  But, a couple of Colin’s later Saucon took the lead.  Colin Johnson fired good to the back of the net at the 4:22 mark of the first period.  Then, only seventeen seconds later Johnson, from behind the Spartan goal, served up a beautiful pass to a cutting Colin Zavacky who rang the bell for the Panthers that made good for a 2-1 lead.  Southern Lehigh, however, had an answer with only five seconds remaining in the period.  The score was knotted 2-2 when the first quarter ended. 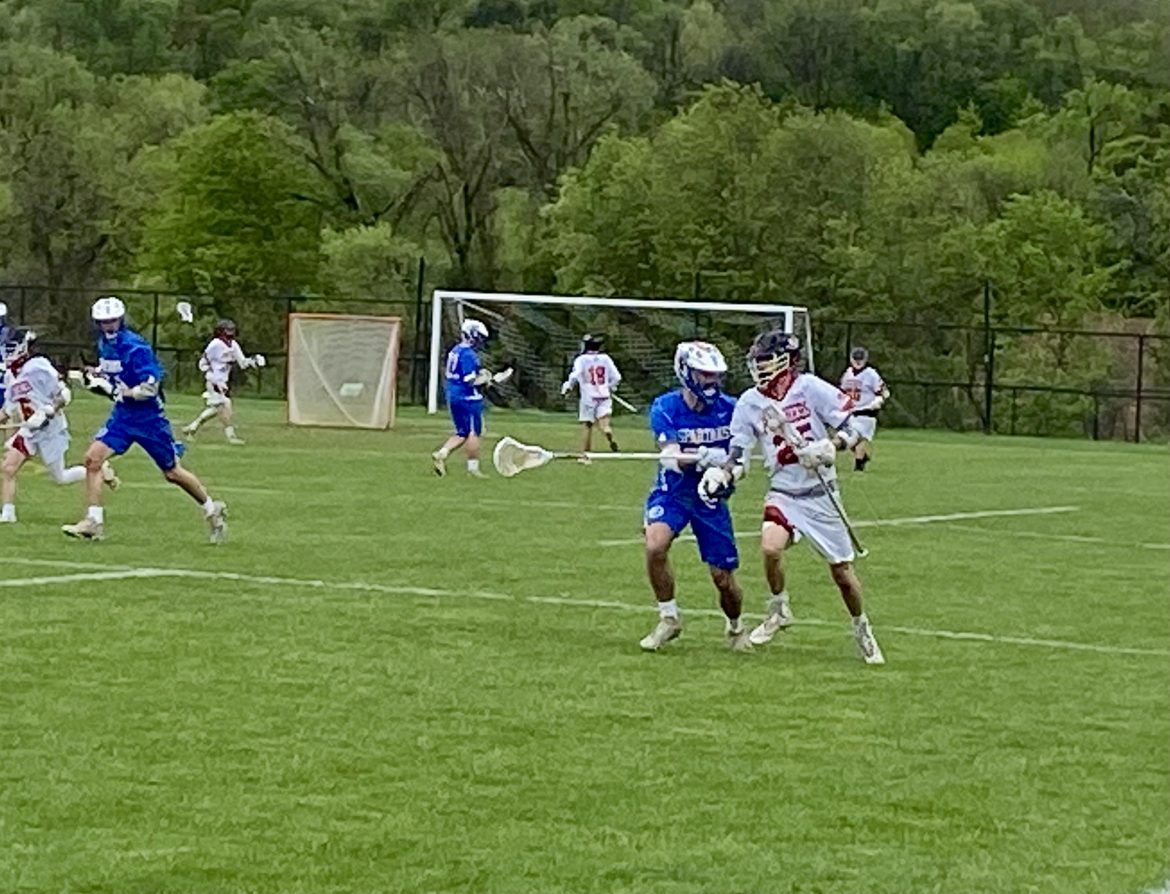 Saucon Senior Colin Johnson helped the Panther cause with two goals and a crafty assist.

Colin Johnson took back the momentum for the Panthers when he stuffed a wrap-around goal into the Spartan net about four minutes into the second quarter.  Southern Lehigh responded with a goal of their own one minute later to make the score 3-3.  Saucon’s Jake Kalinchok had something to say about the score when he ripped a shot past Southern Lehigh’s keeper only seconds later to reclaim a 4-3 lead for Saucon.  Southern Lehigh, however, finished the first half strong with two unanswered goals.  At the intermission, the Spartans led the Panthers in a tight one, 5-4. 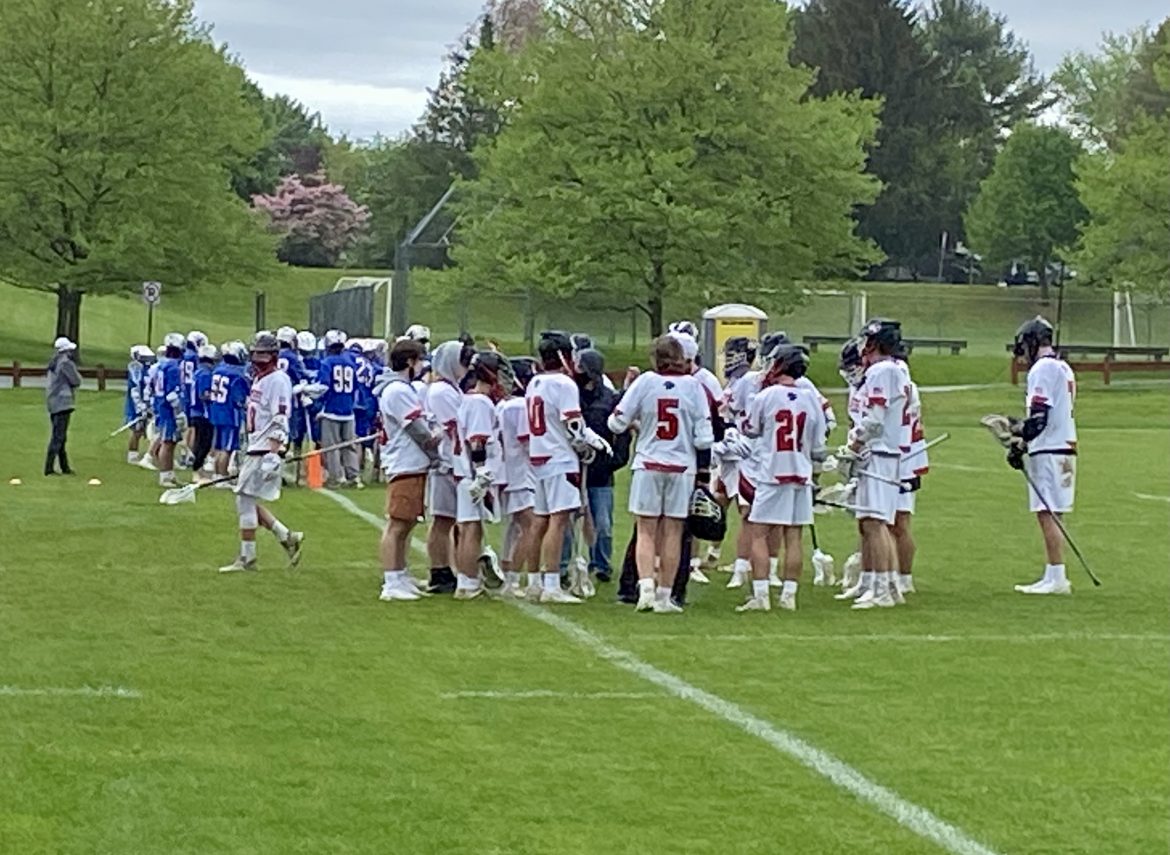 The second half was all Southern Lehigh.  The Spartans played solid defense and made the most of their scoring chances.  Riding a wave of four unanswered, third period goals, Southern Lehigh rallied to claim a 9-4 lead.  Saucon Valley’s Jake Kalinchok scored again with an acrobatic, diving effort to start the final period of play. But, it was too little, too late as Southern Lehigh finished strong to overcome the Panthers with an entertaining 10-5 victory. 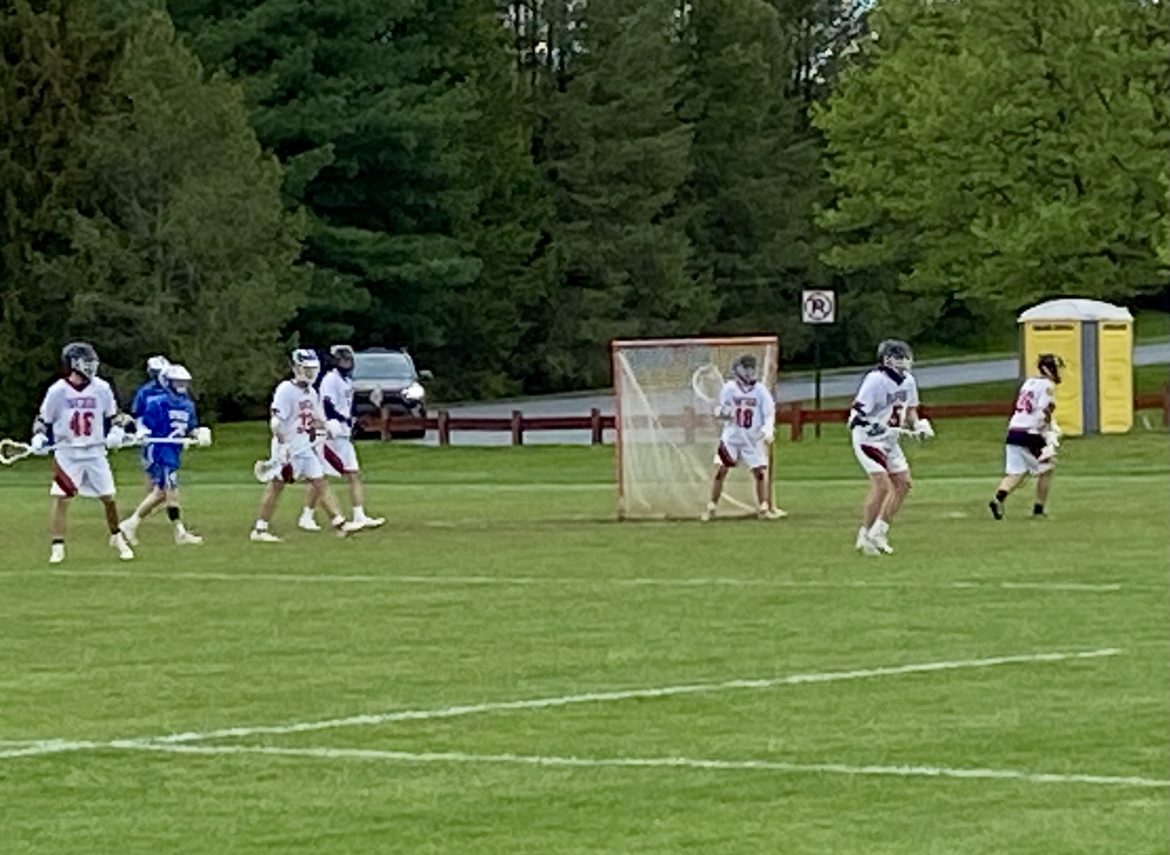 Junior Sean Cherry was solid between the pipes for the Panthers.

Junior Sean Cherry of Saucon Valley was impressive in goal with roughly twelve solid saves.  Even more impressive for the Panthers was the face-off expertise of Mark Strunk.  Strunk, a senior, (unofficially) won 16 of the 17 midfield draws for Saucon Valley. 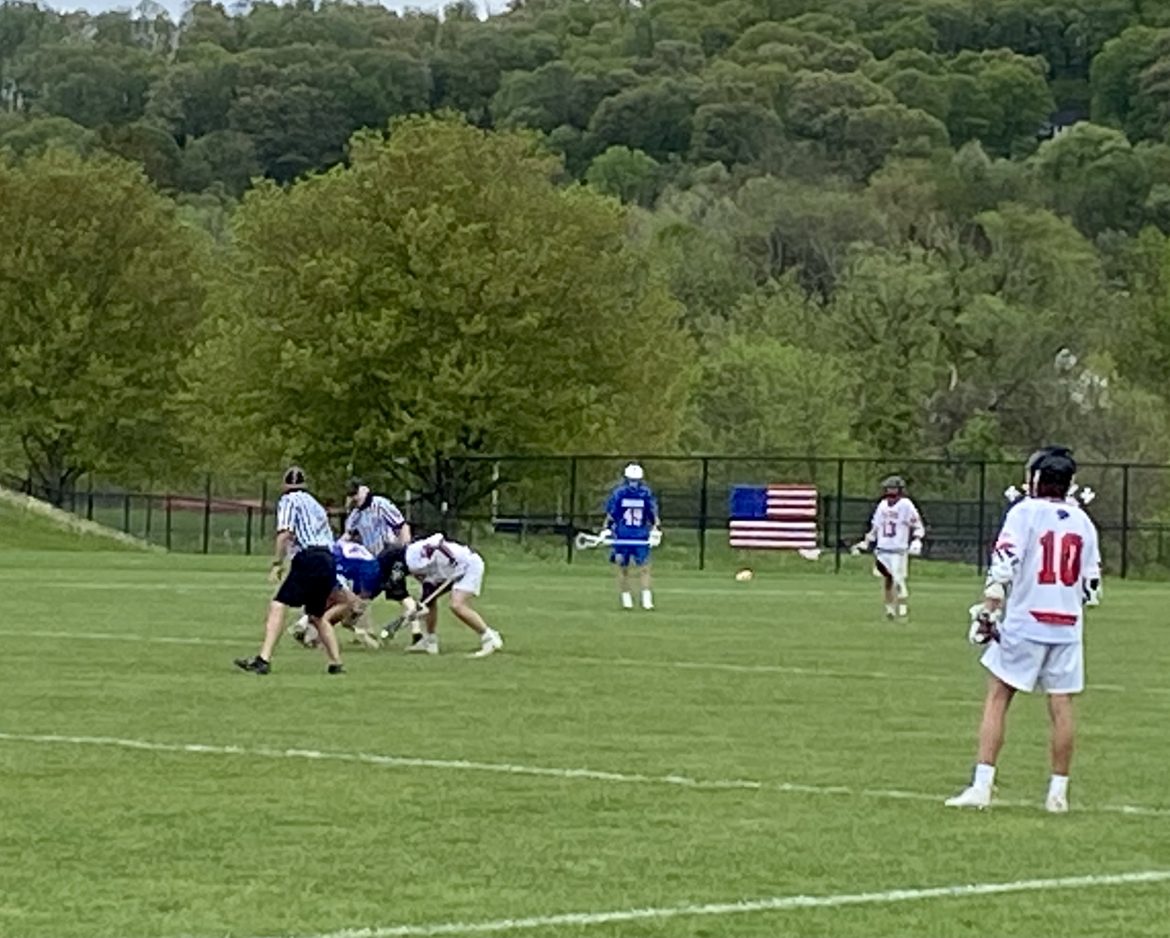 Saucon senior Austin Strunk dominated the draws against the Spartans.

Up Next:  Saucon Valley will host Liberty tomorrow for a Saturday afternoon matinee.  The contest with the Hurricanes is scheduled for a 12 p.m. start. 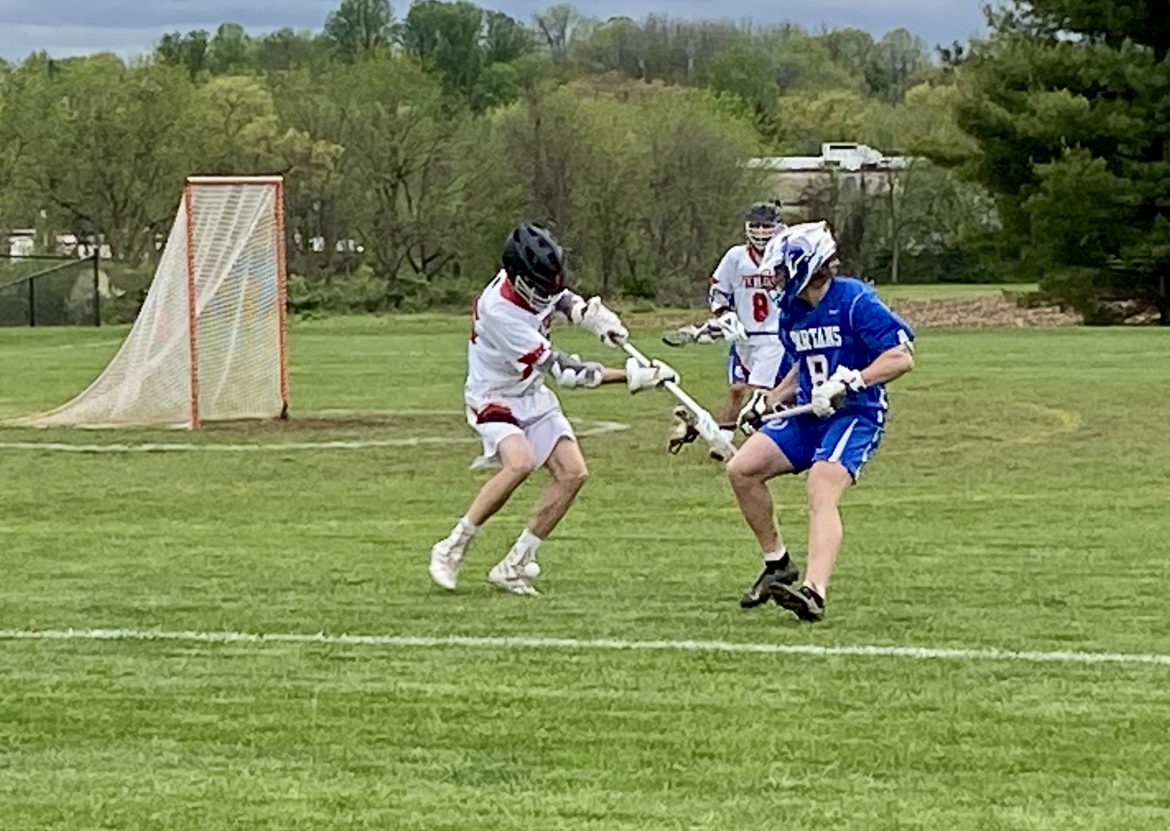 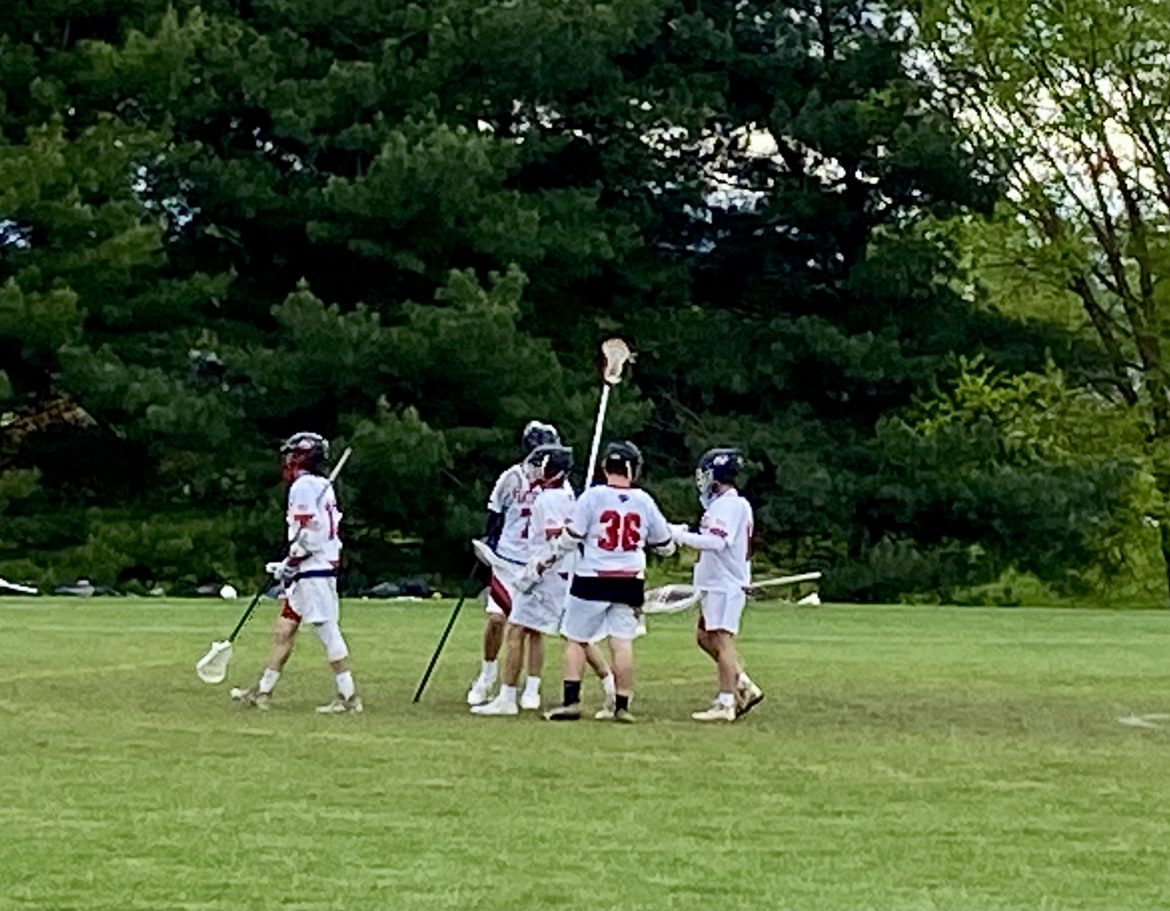 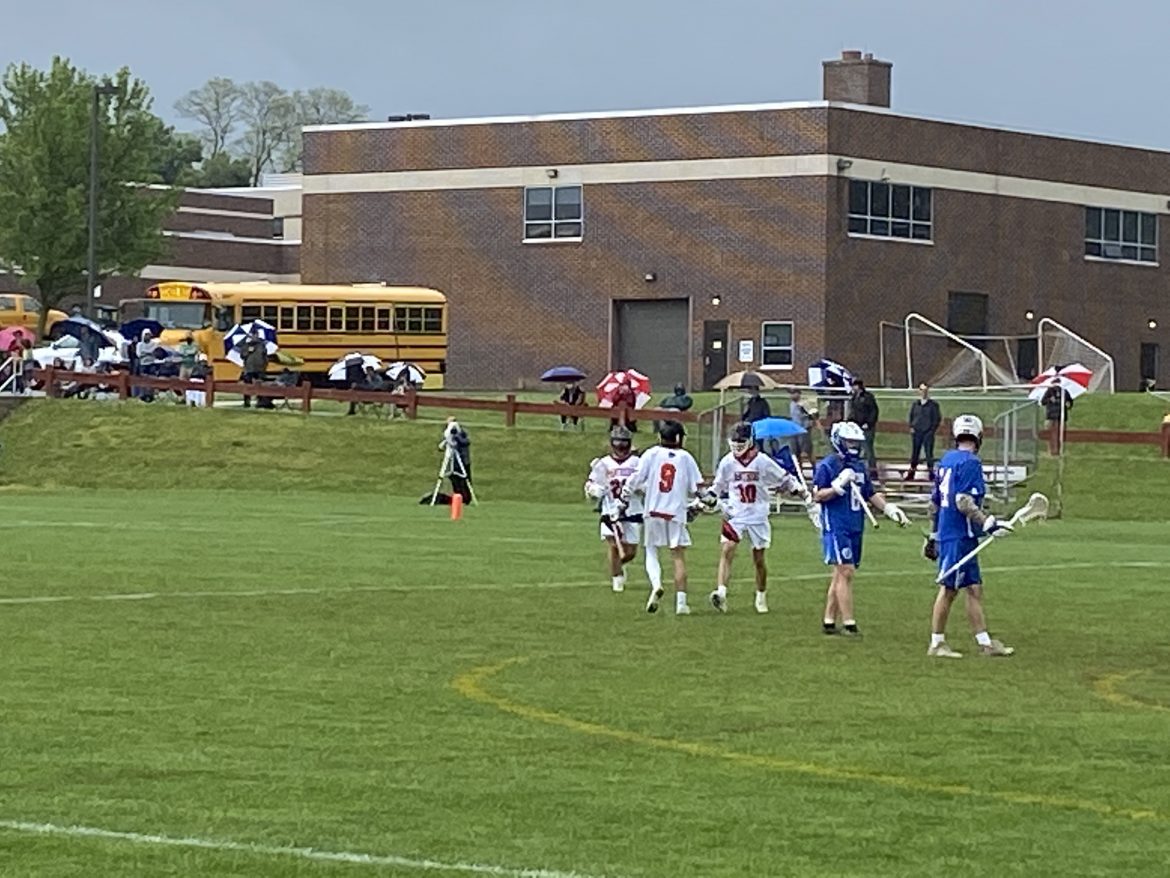 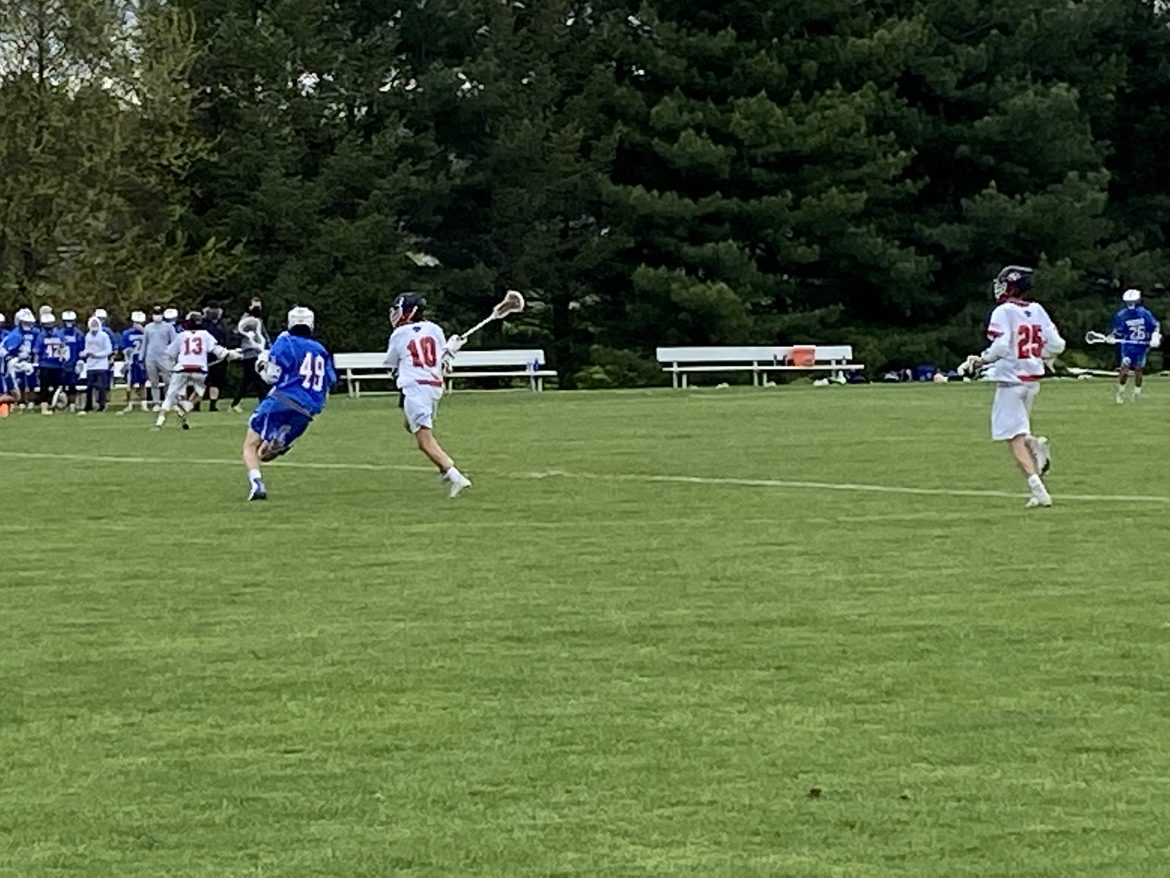 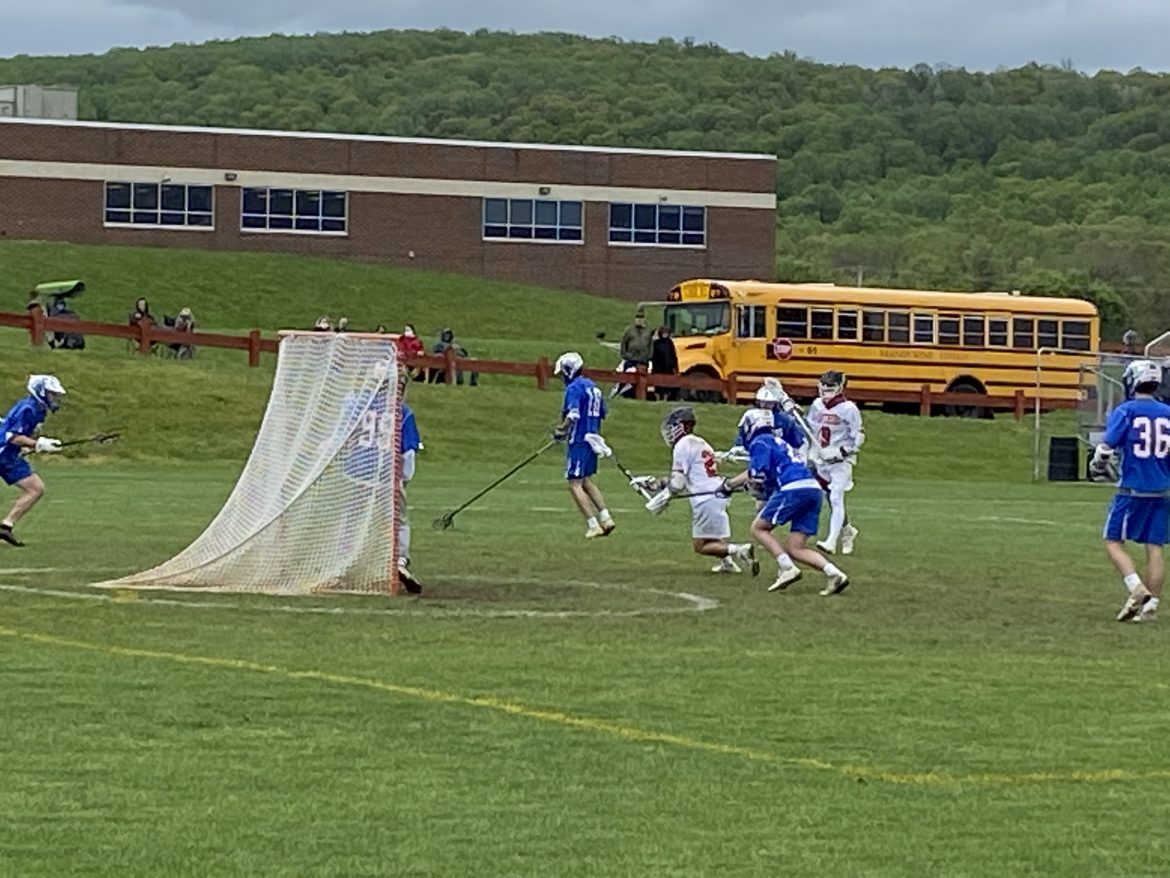 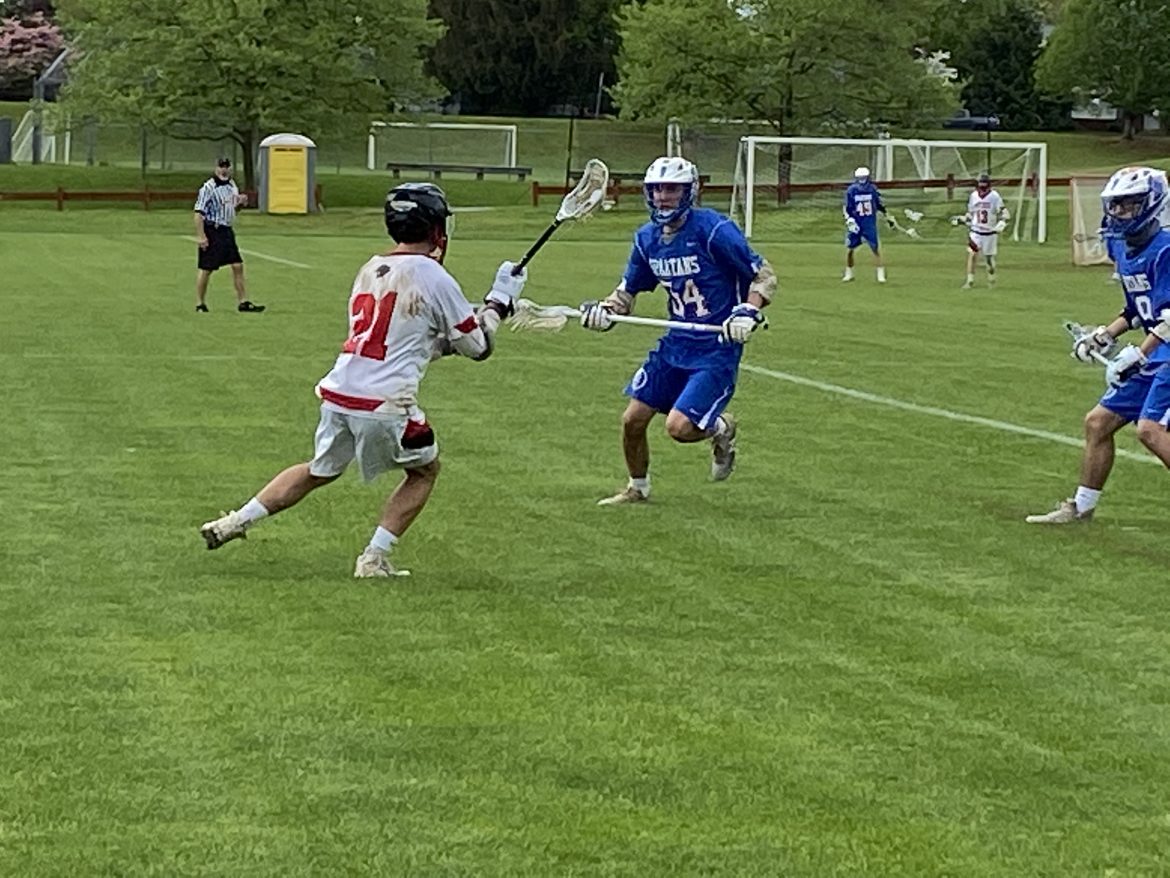 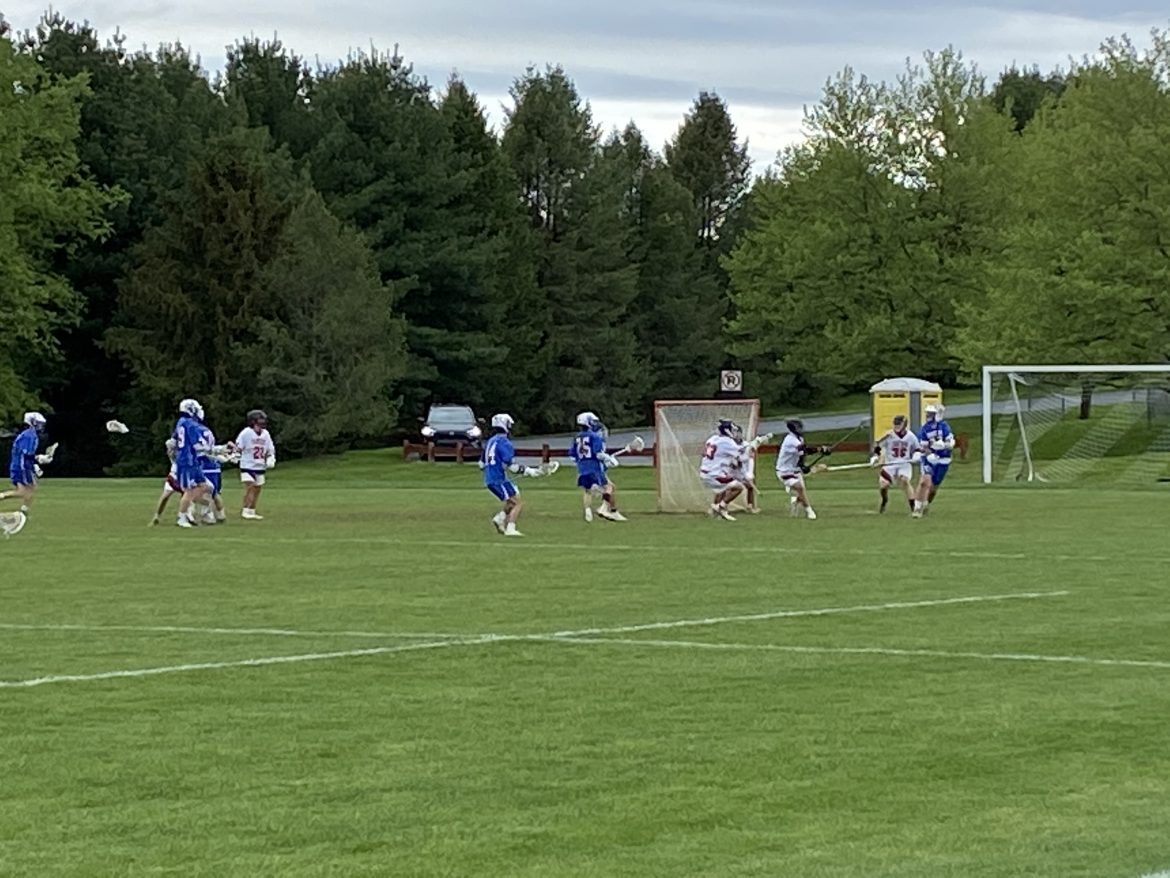