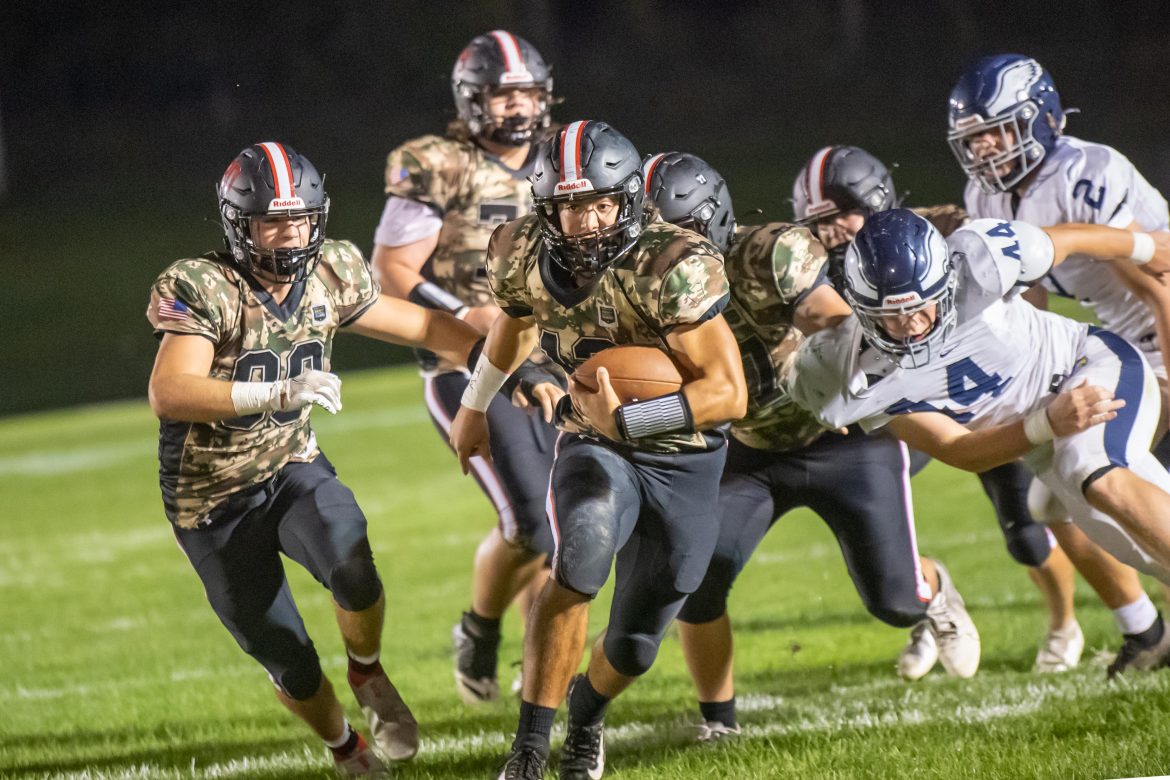 On Military Appreciation Night at SVHS, Dante Mahaffey leads the Panthers against the Blue Mountain Eagles.

On Friday night in Hellertown the Saucon Valley Panthers welcomed the Blue Mountain Eagles to campus.  Blue Mountain came into the contest with a 2-2 record while the Panthers, after a heartbreaker last week at Wilson, were looking to earn win number two of this 2021 season.  After two consecutive losses the Panthers were desperate to tally another victory in the standings.

Blue Mountain won the toss but deferred their choice to the second half. Saucon Valley’s Travis Riefenstahl received the opening kickoff and immediately got things going the Panther’s way with a return out to midfield.  The Saucon offense then put together a seven-play scoring drive capped with screen pass to Alex Magnotta for a touchdown. Mahaffey rolled left and then threw backside to a wide open Magnotta who ran and rumbled his way for the 30-yard score.  Jacob Christopher tacked on the extra point and with a little over three minutes ticked off the clock, Saucon Valley led 7-0.

The Eagles answered by crafting a methodical 13-play, 65-yard drive that ate six and a half minutes off the game clock.  With the successful PAT, the teams were knotted 7-7 late in the opening period. 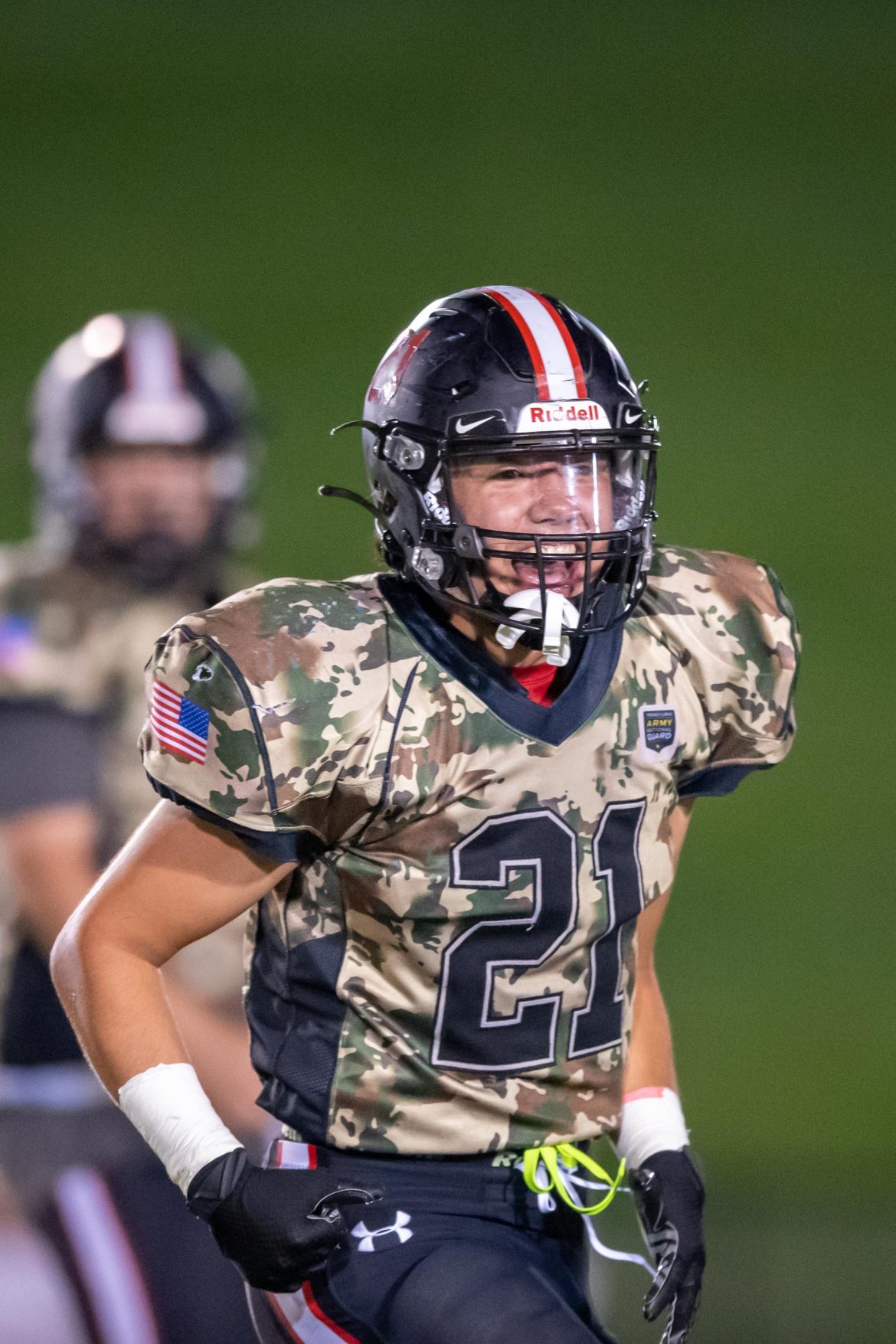 Saucon Valley came right back to reclaim the lead with a 7-play, 68-yard drive that ended with running-back Damian Garcia taking a 3-yard plunge up the gut for a score.  The drive was highlighted by a 34-yard completion from Dante Mahaffey to Ty Csencsits.  It was a little 5-yard pass on an out-route that turned into a chunk play with Csencsits skirting the Eagle sideline for a big gain.  Garcia’s following touchdown run gave the Panthers a 14-7 advantage.

Seconds later, the Panthers added to their lead.  Following a fumble recovery by Dante Mahaffey on Blue Mountain’s first offensive play of the second quarter at the 29-yardline, Saucon was back in the end-zone three plays later.  It was Mahaffey who recovered the fumble, it was Mahaffey who completed a 17-yard pass to Alex Magnotta and it was Mahaffey who barreled in for the 12-yard touchdown run behind the left side of the Panther line.  Jacob Christopher nailed the extra-point and with 11:05 left until halftime, Saucon jumped out to a 21-7 lead. 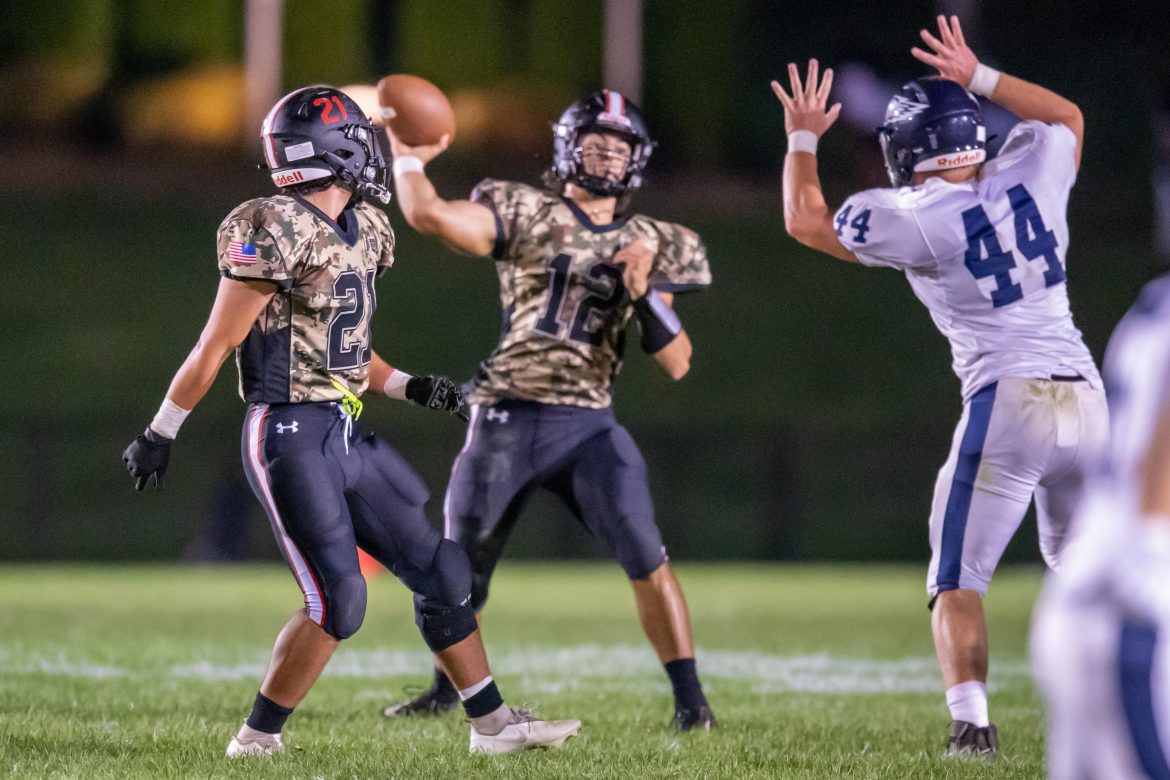 Mahaffey was credited with three touchdowns against the Blue Mountain Eagles.

Just as momentum seemed to be tilting heavily toward the Panthers, Blue Mountain chunked their way through a 65-yard scoring drive.  The nine-play sequence followed a failed fourth-down conversion attempt by the Panthers at the Blue Mountain 35-yardline.  The Eagles finished the drive with a 15-yard touchdown pass off bootleg action.  Blue Mountain converted the PAT to close out the first half scoring and climb back to a 21-14 deficit.

The Panthers kicked to the Eagles to start the second half and the Panther defense held to force a punt.  Saucon Valley started their first possession of the second half with great field position at midfield.  On their very first offensive play Mahaffey found Csencsits, once again, for a quick out pass that went for a big gain.  Csencsits shook one tackler after the catch and then beat the rest of the Eagle defense down the sideline for 52-yard Panther touchdown.  Christopher hit the PAT and Saucon Valley increased their lead to 28-14 with 9:39 to go in the third quarter. 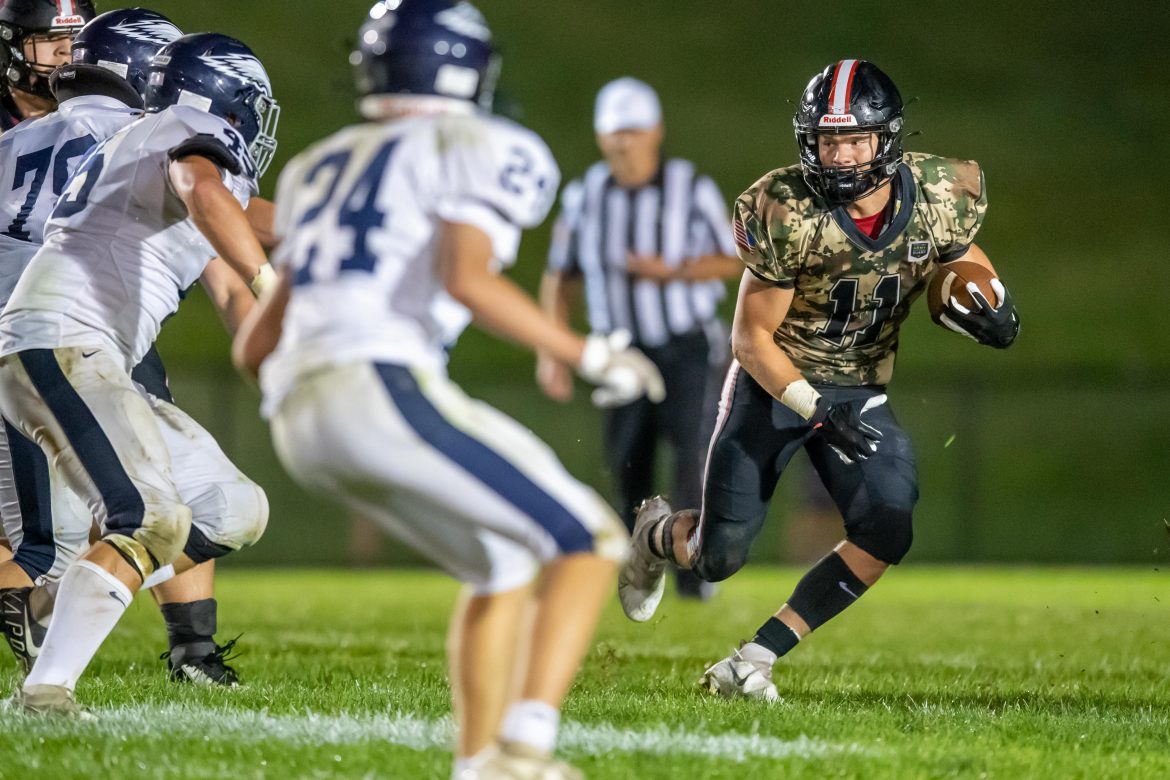 Senior Ty Csencsits came up with a big 52-yard touchdown catch and run for the Panthers.

The Blue Mountain offense sang the blues after the first play of their next possession as they fumbled the ball away to the Panthers on their own 38-yardline.  On Saucon’s first play after the turnover Mahaffey again hooked up with Csencsits for a 26-yard throw and catch down to the 12-yardline.  Three plays later Mahaffey pulled a handoff and placed a perfect pass to Alex Magnotta on another big, out-route play.  With a little over six minutes left on the third period clock, the 2-yard touchdown pass and Christopher’s extra-point closed out all of the scoring for the night. 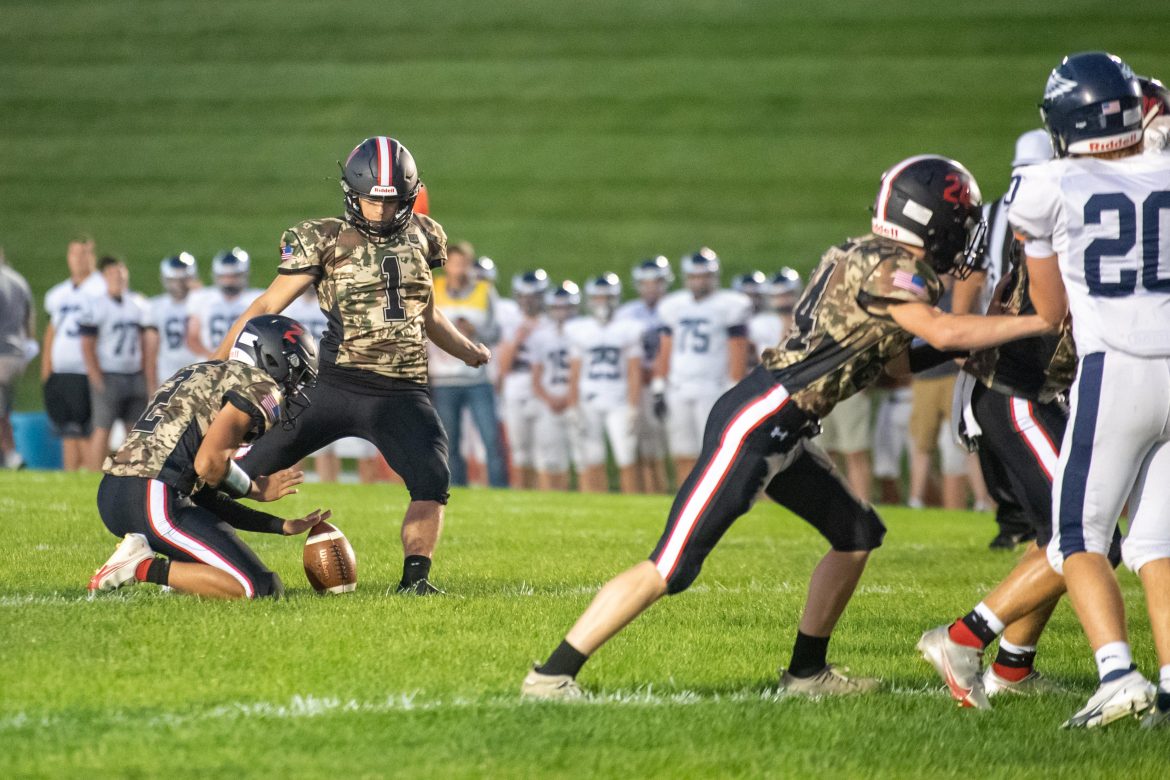 Saucon senior kicker Jacob Christopher is having an outstanding season for the Panthers.

With the Panther defense not allowing Eagle entry past midfield for the balance of the game, Saucon Valley finalized the 35-14 advantage to earn a much-needed victory.

UP NEXT:  The Panthers (2-3) hit the road and travel to the Slate Belt region for a big showdown with Bangor (3-2).  Kickoff is scheduled for 7 p.m. 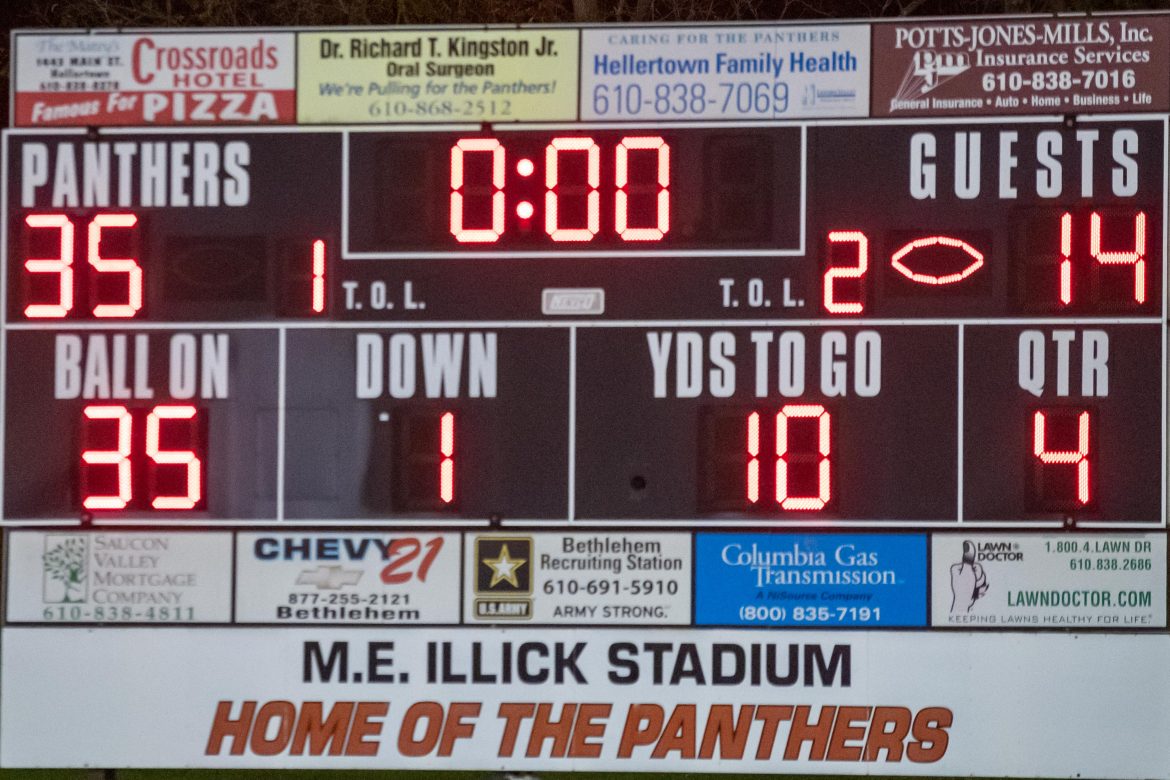 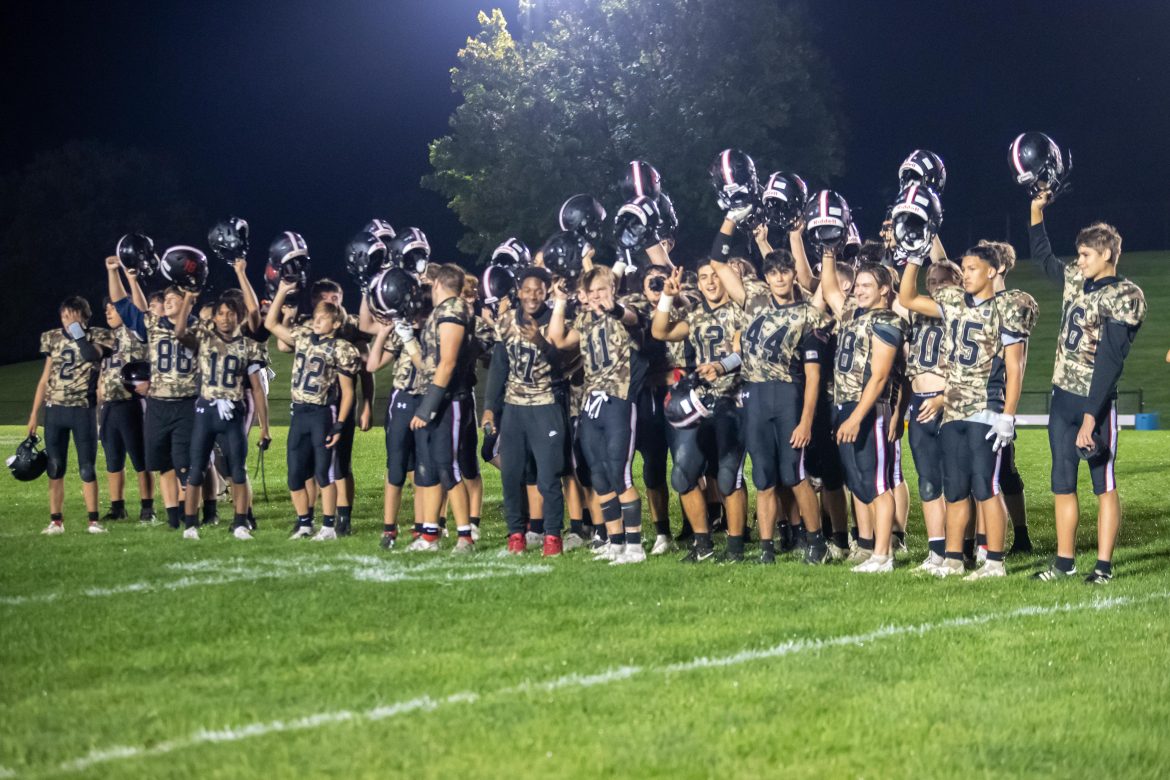 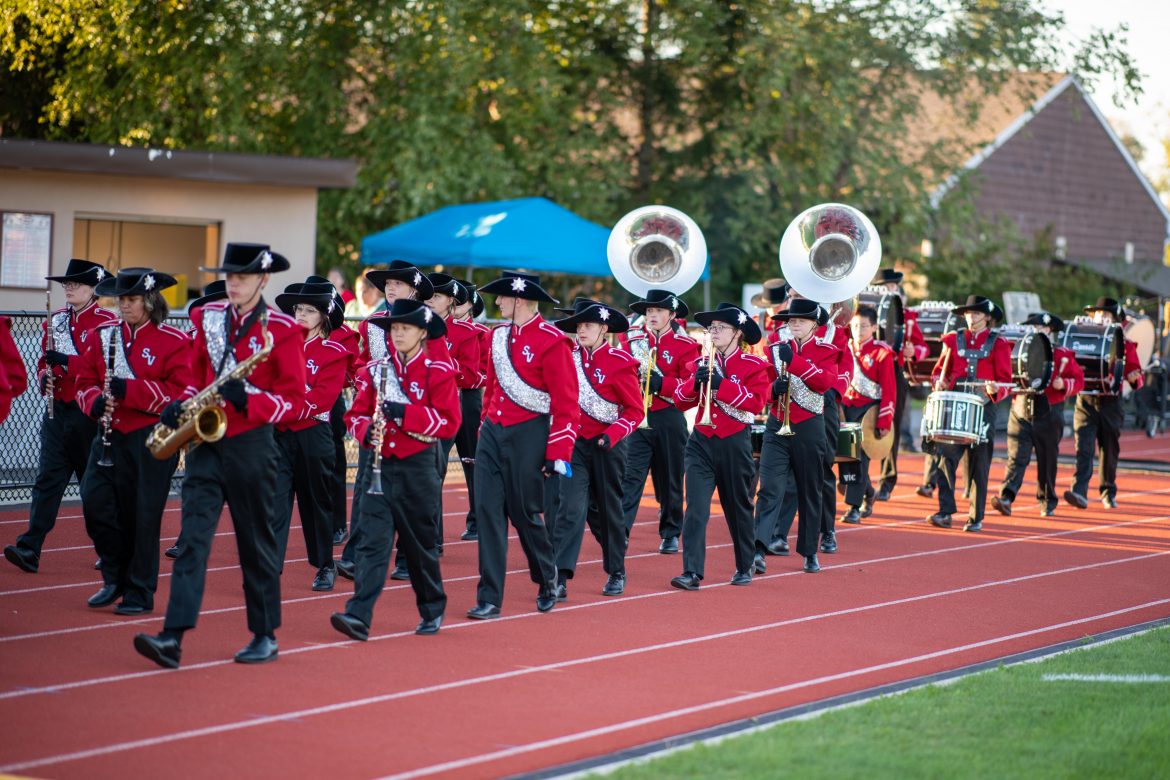 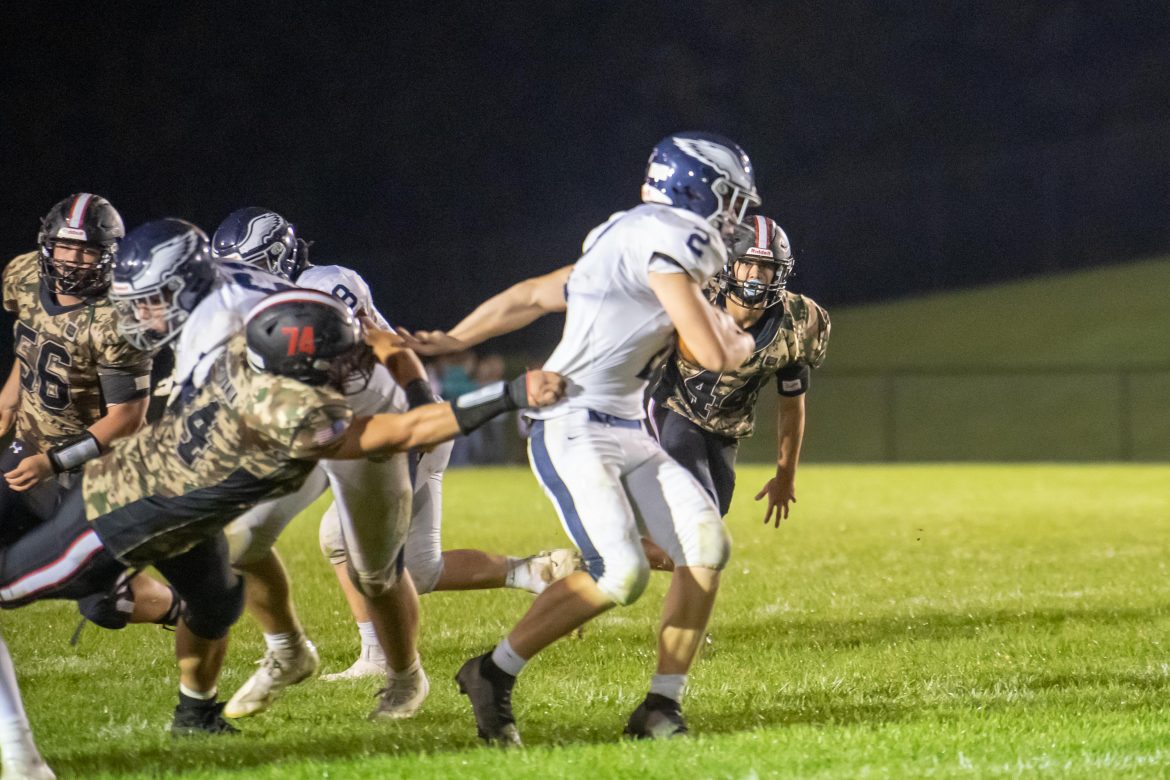 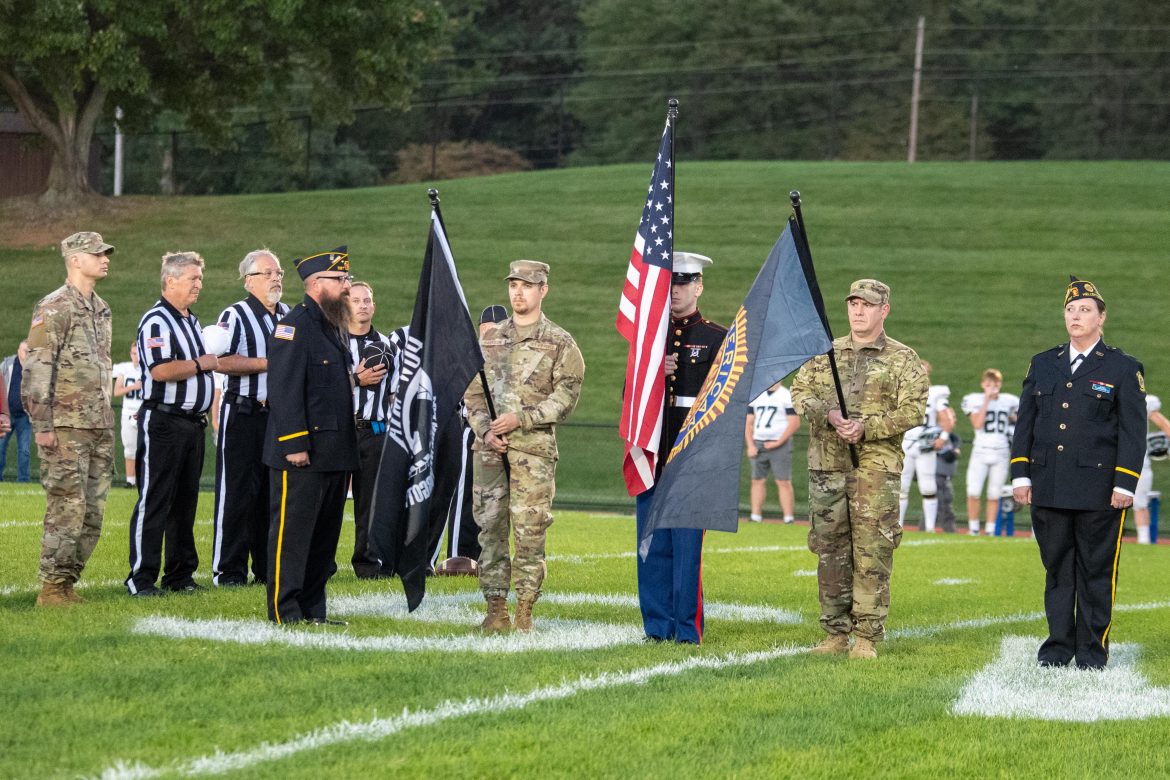 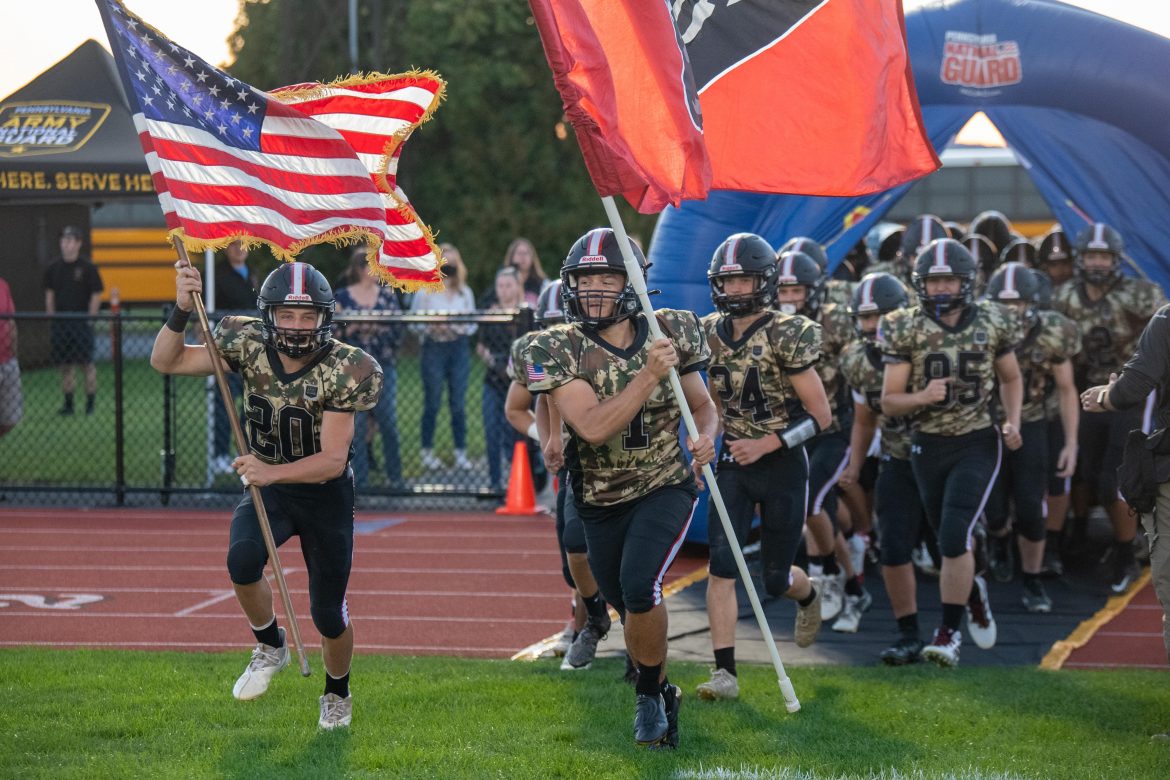 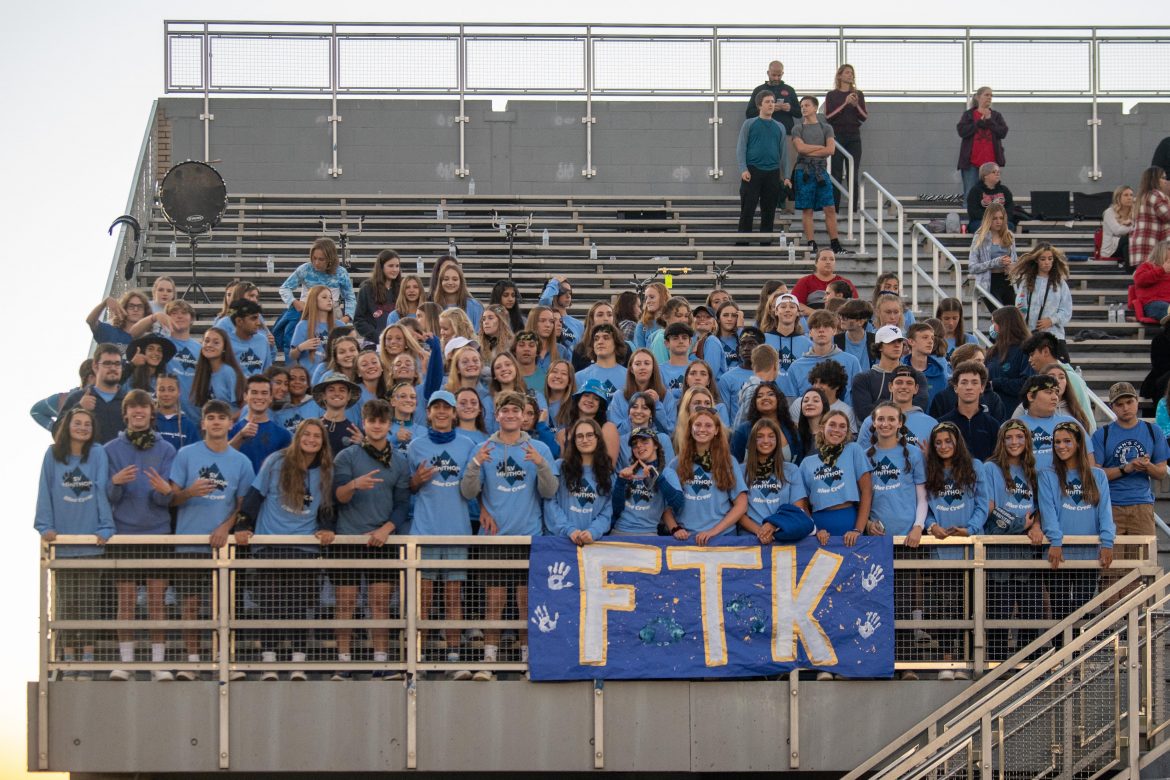 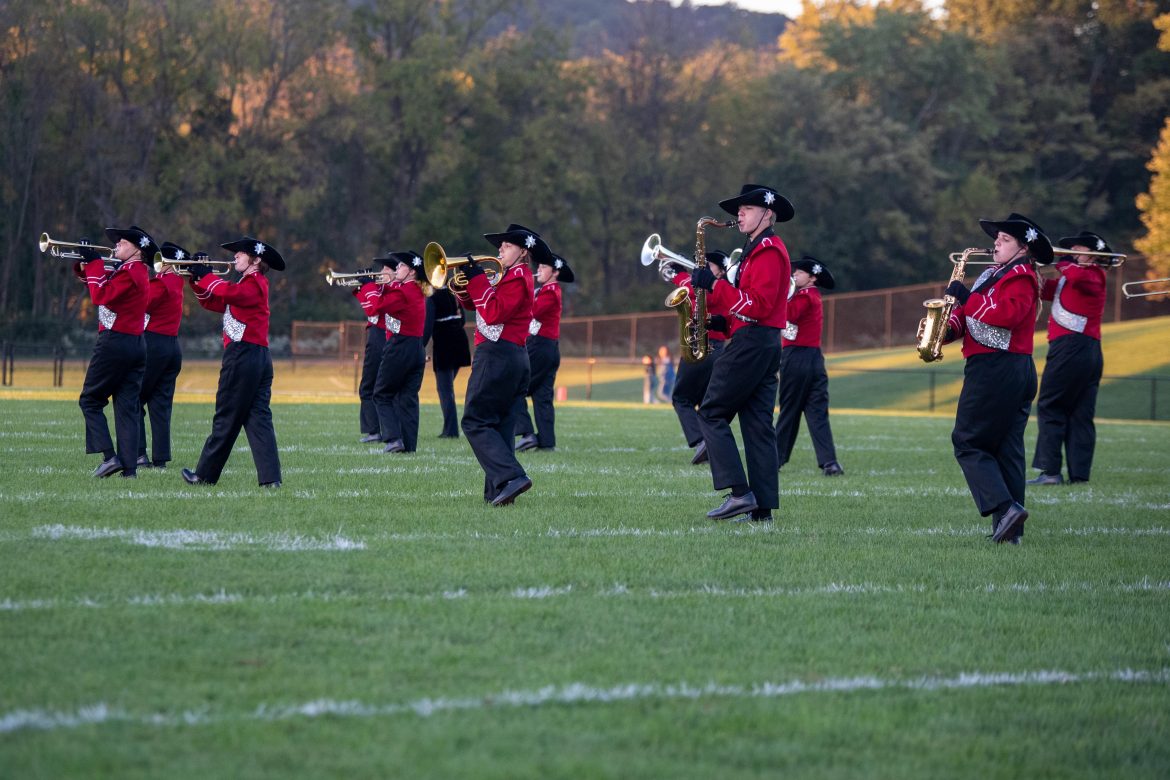 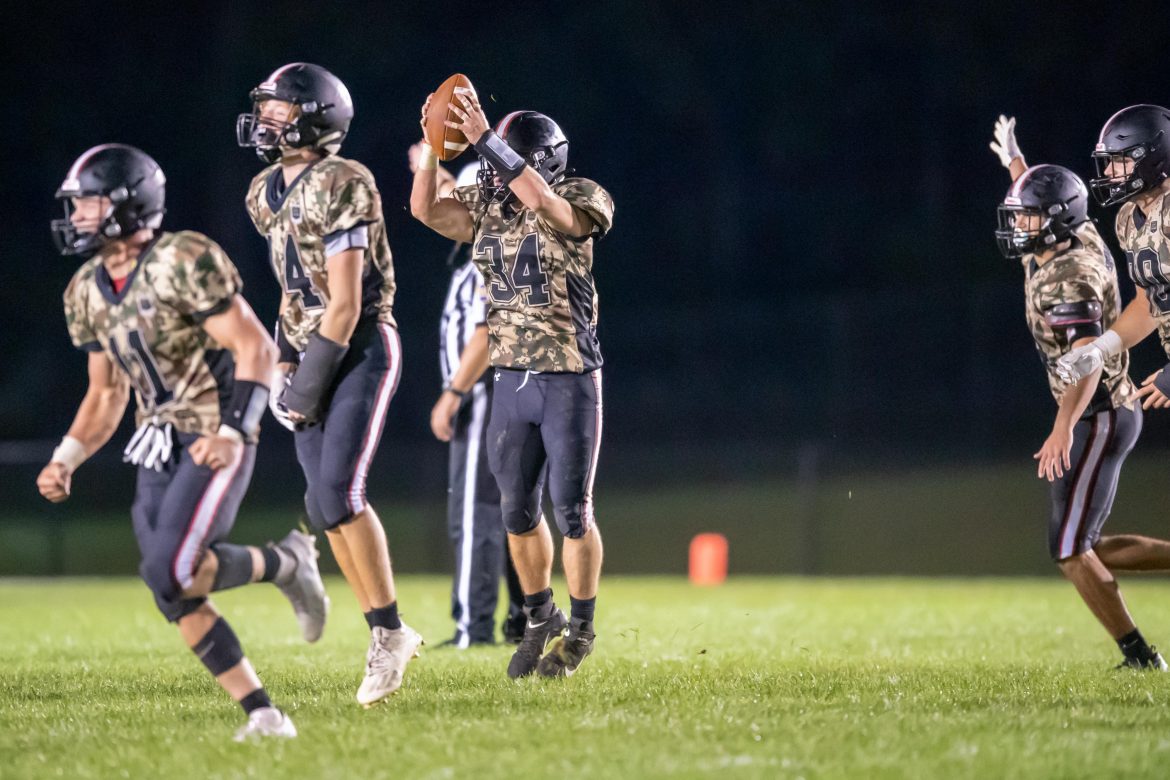 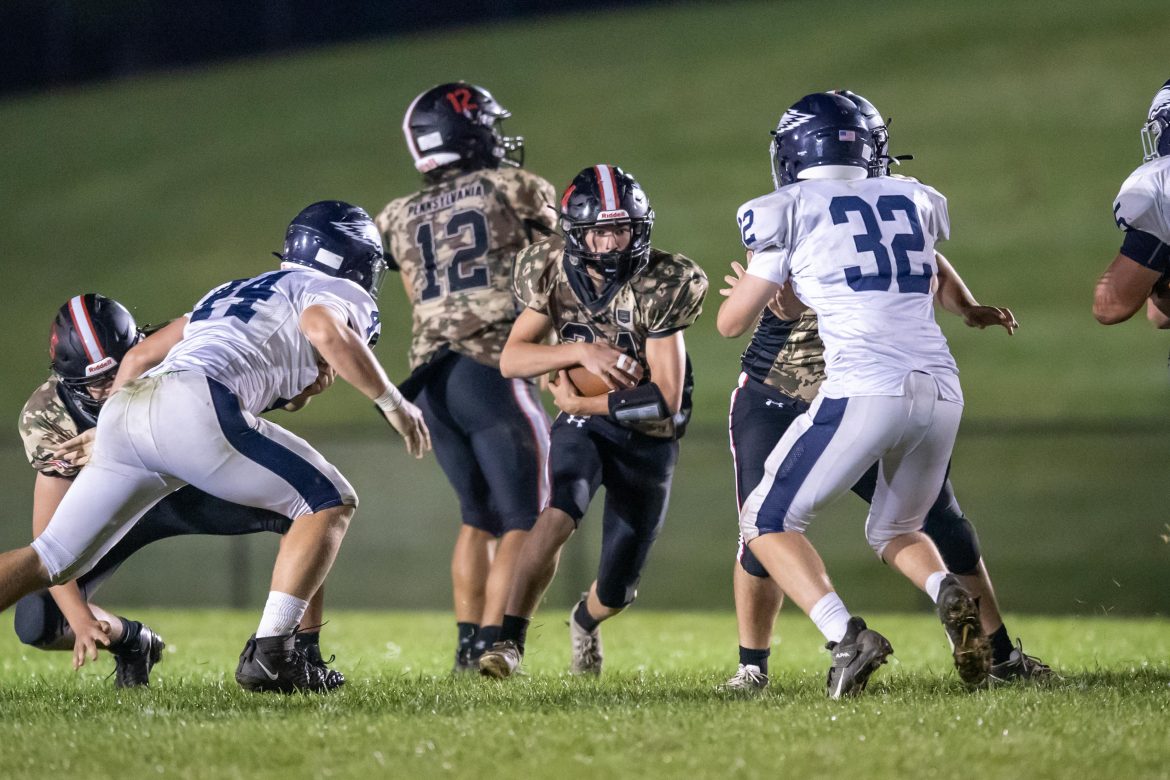 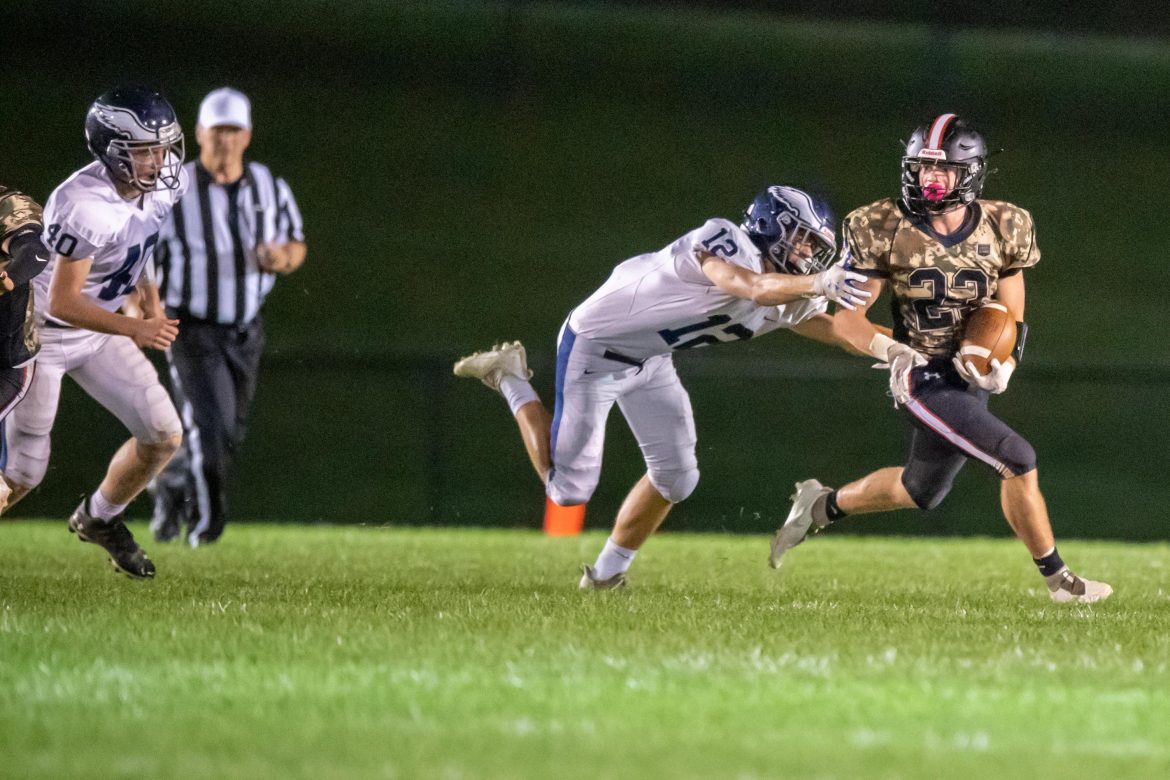 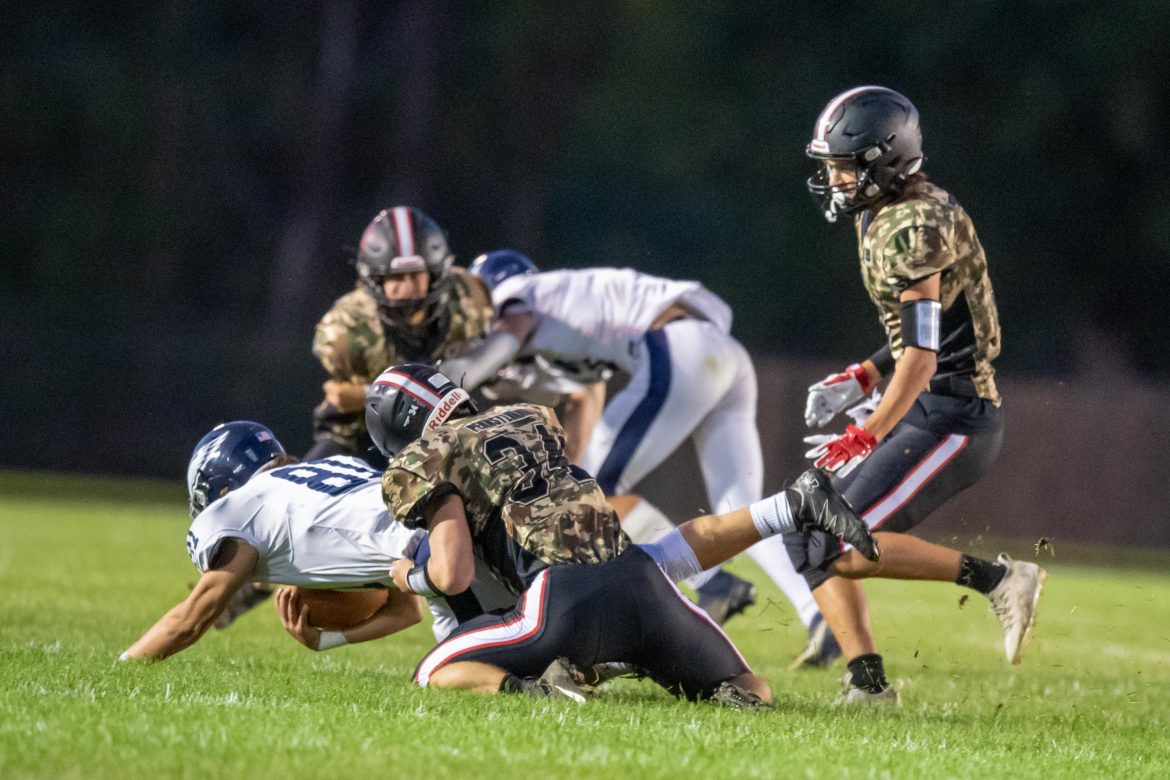 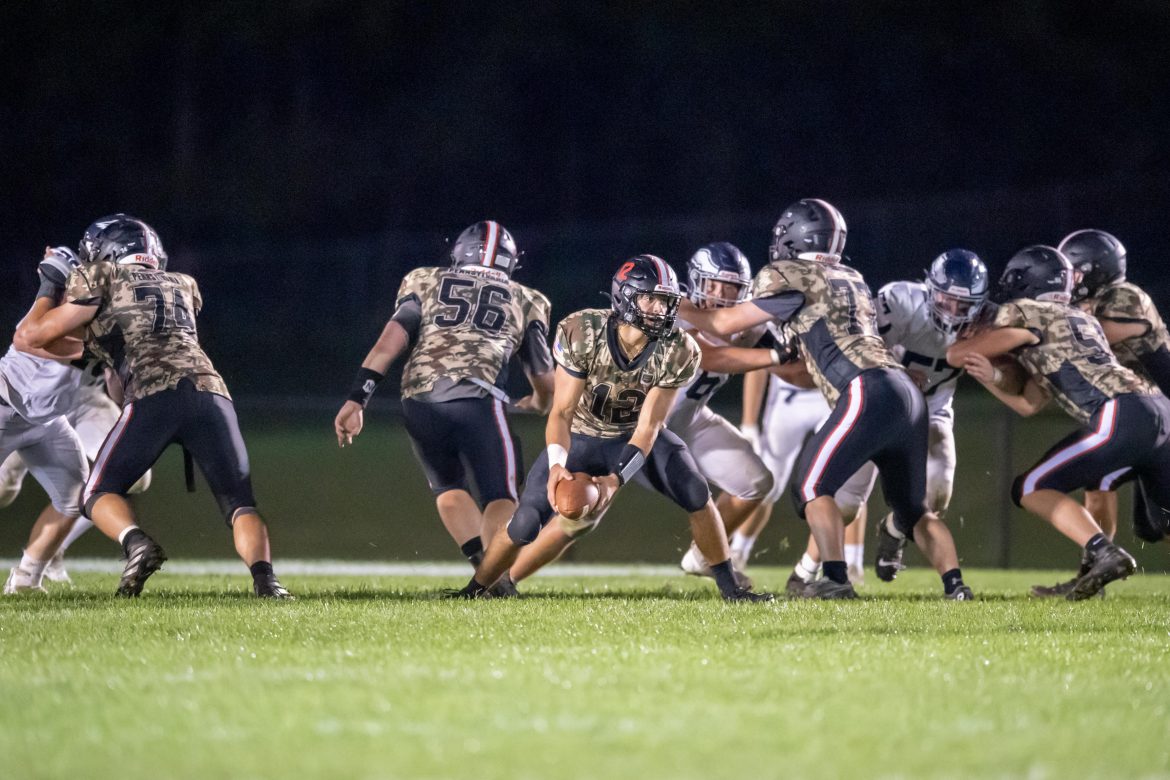 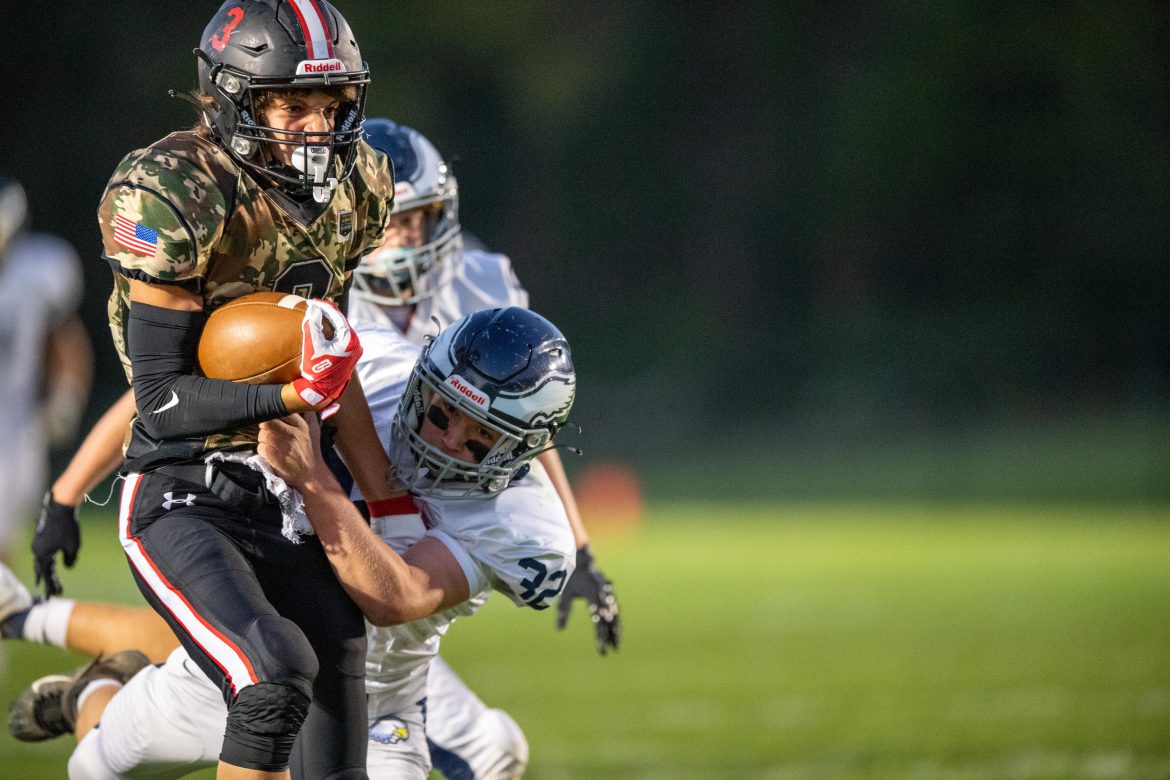 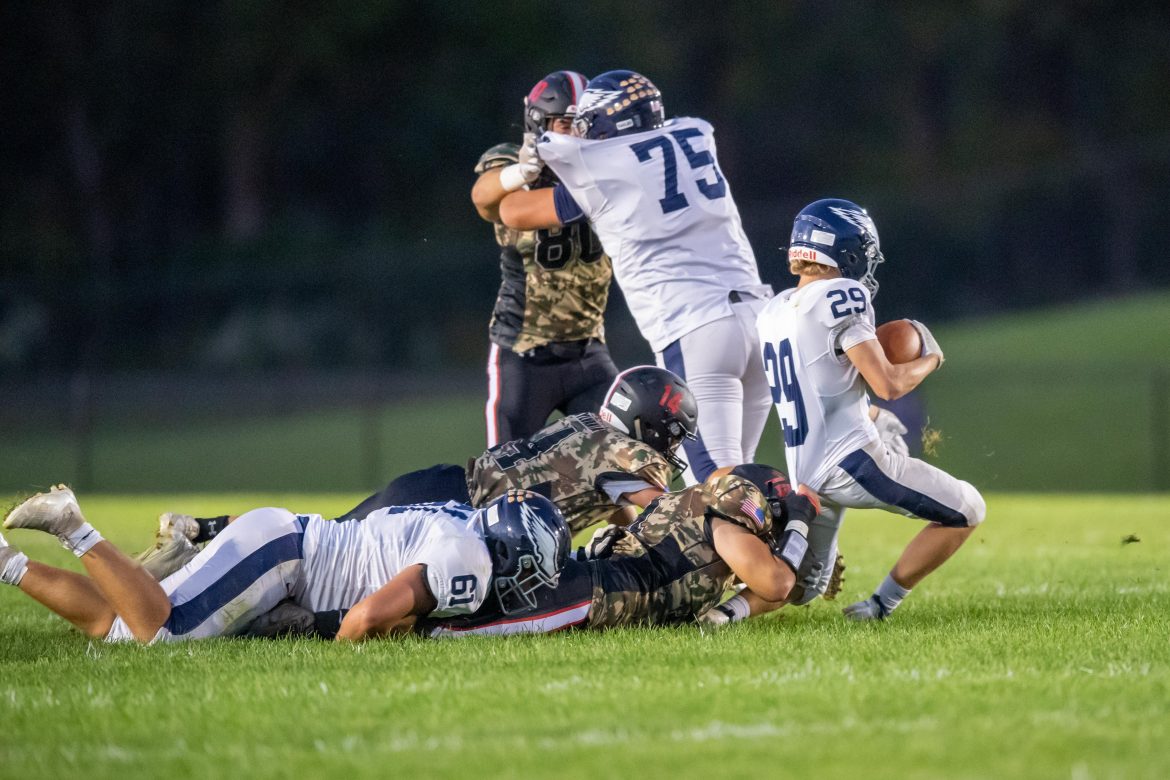