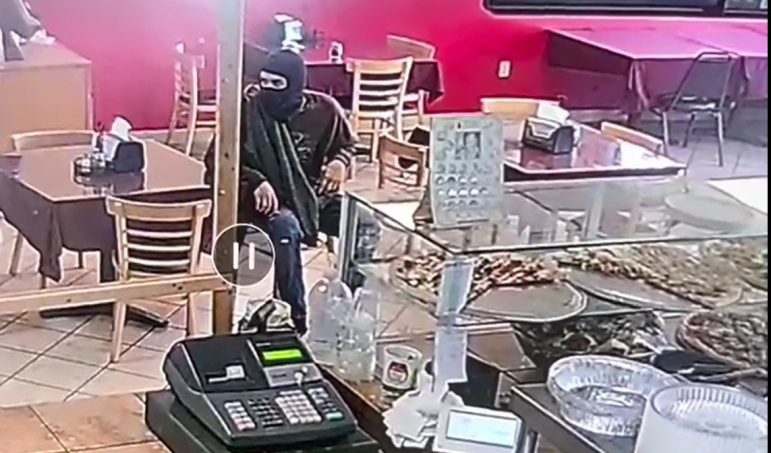 Hellertown Police are asking the public to help them identify the suspect in a tip jar theft that recently occurred at a Main Street business. They shared information about it along with security photos of a suspect in a Facebook post Tuesday.

The Hellertown Police Department is investigating the theft of a tip jar from a “small, family-owned business” in the 700 block of Main Street, according to a Facebook post.

Police didn’t name the business in their post, but included several photos of its interior.

The business is clearly a restaurant and appears to be Roma Pizza at 702 Main Street.

Several commenters on Facebook also identified the restaurant as Roma Pizza, which is located directly across the street from the Hellertown Police Department.

The post includes photos of the suspect in the theft, who police described as a man in his late teens or early 20s with a “thin build” and “approximately six feet in height.”

Anyone with information about the suspect is encouraged to call Hellertown Police Department at 610-838-7040 and refer to incident # 222016.

Police did not say when the tip jar was taken or how much money was believed to be in it at the time it was stolen.

The suspect pictured in the restaurant’s surveillance photos is shown wearing a black mask and dark-colored clothing. 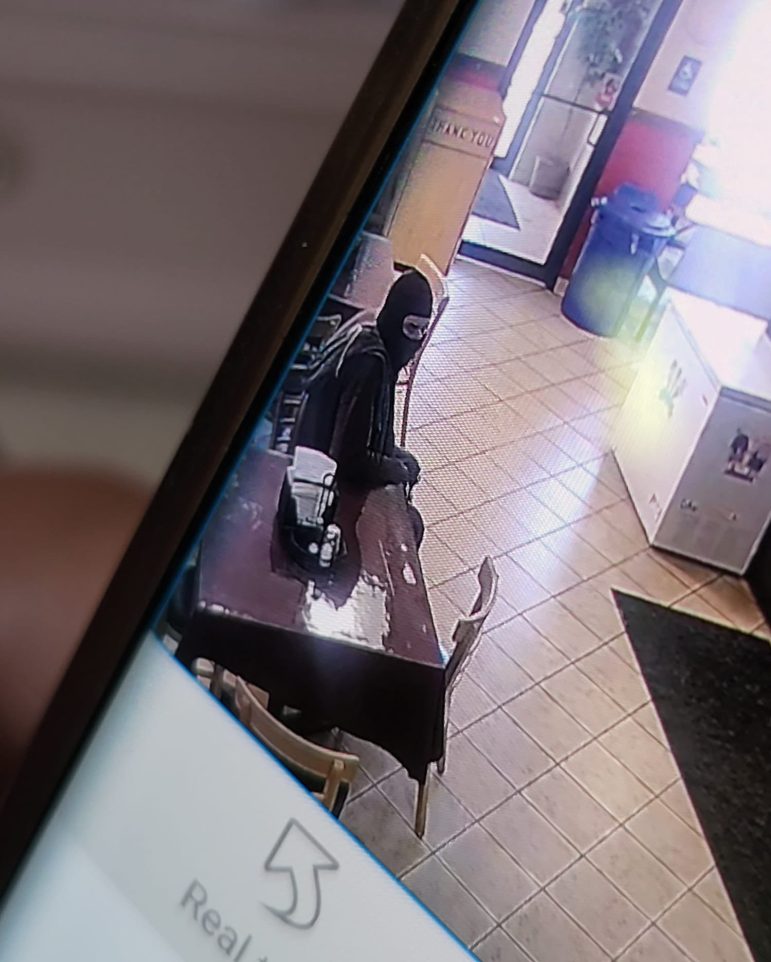 Hellertown Police released several photos of the suspect in the tip jar theft in a Facebook post Tuesday. They said the man is believed to be in his late teens or early 20s. According to the police description, the man has a thin build and is approximately 6 feet tall. Other descriptive information for the suspect wasn’t available.