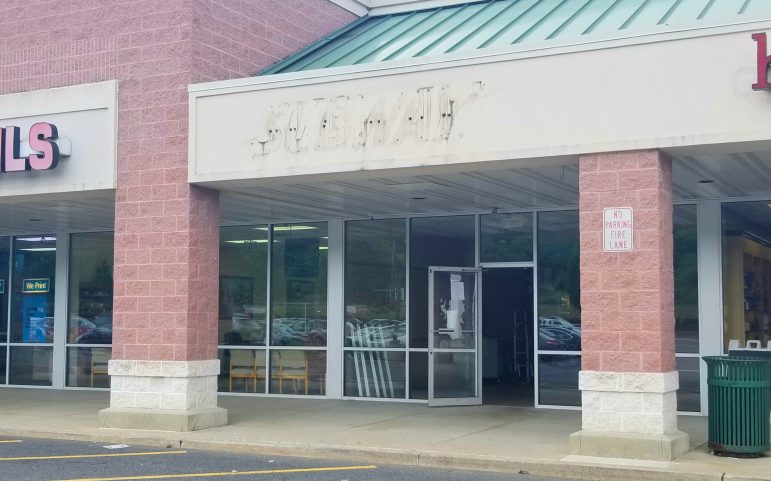 The Subway in the Creekside Marketplace shopping center has closed, but it will reopen in Hellertown borough sometime next year. According to signs alerting customers to the closure, the new location will be at 1570 Main Street, near I-78.

A popular sandwich shop is relocating from the Creekside Marketplace shopping center on Rt. 412 in Lower Saucon Township to Main Street in Hellertown borough; the only catch for fans of their subs is that the move won’t happen til sometime next year.

The location on Rt. 412 (Leithsville Road) near the Giant Food Store closed July 22, and the storefront was being emptied of fixtures on Wednesday afternoon.

“Our lease is up” signs affixed to the front door announced the closing as well as the 2023 move to 1570 Main Street, which is the address for a Topstar Exxon gas station and convenience store. The signs also thanked customers for their support the last three years. 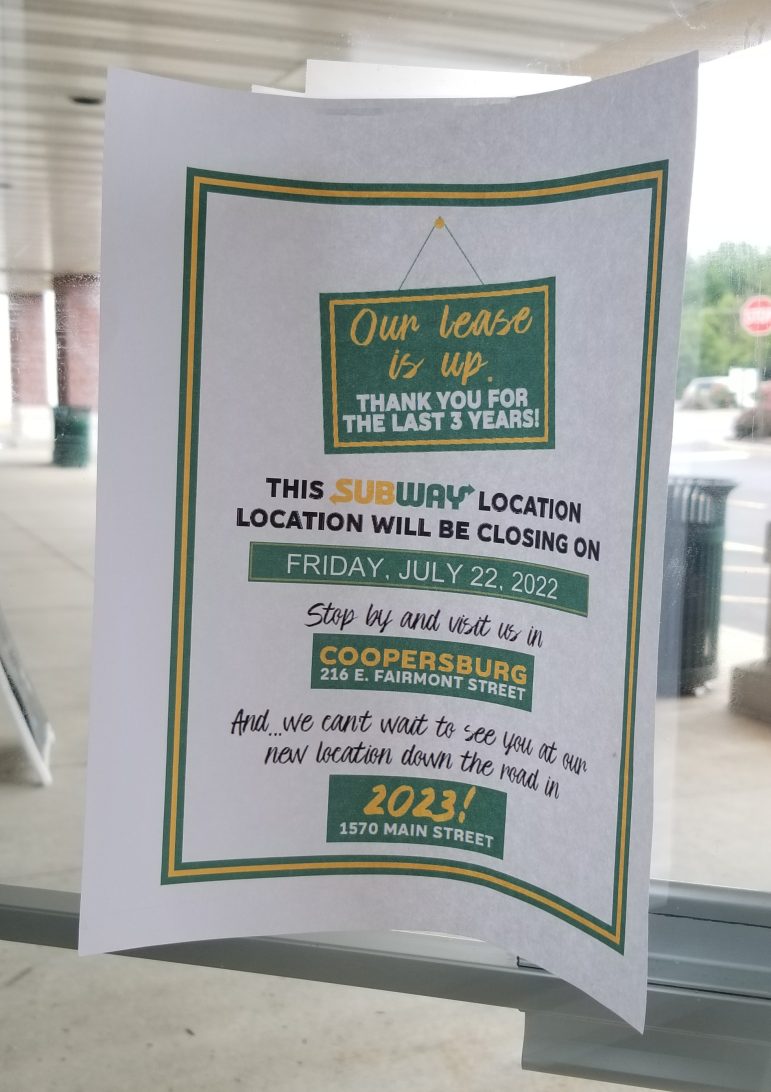 Signs hung on the front door announced the closing of the Subway on Friday, July 22 and the move to Main Street in 2023.

The flyers also encouraged customers to visit the Coopersburg Subway at 216 E. Fairmount Street, which is located near Giant and owned by the same franchisee.

Following a brief closure, the two stores reopened under the ownership of Top Star Express Inc. in the spring of 2019.

At the time, a company representative said Top Star Express owned approximately 30 convenience store locations in Pennsylvania, nine of which had a Subway inside them.

Other Subway locations in the area include restaurants at 1 E. Fourth Street in South Bethlehem and 8 W. Broad Street in downtown Bethlehem. 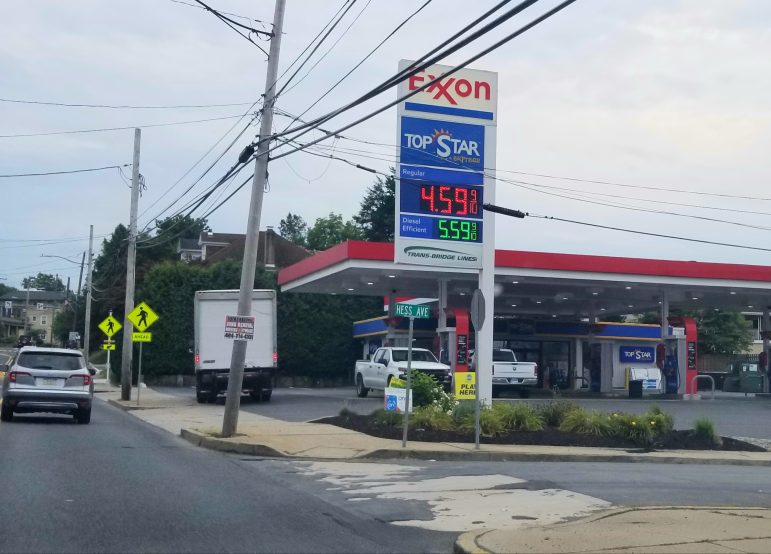 The Lower Saucon Township Subway will reopen next year at 1570 Main Street in Hellertown, where a Top Star Express convenience store and Exxon gas station are already located. Another Subway owned by the same franchisee in Coopersburg remains open.