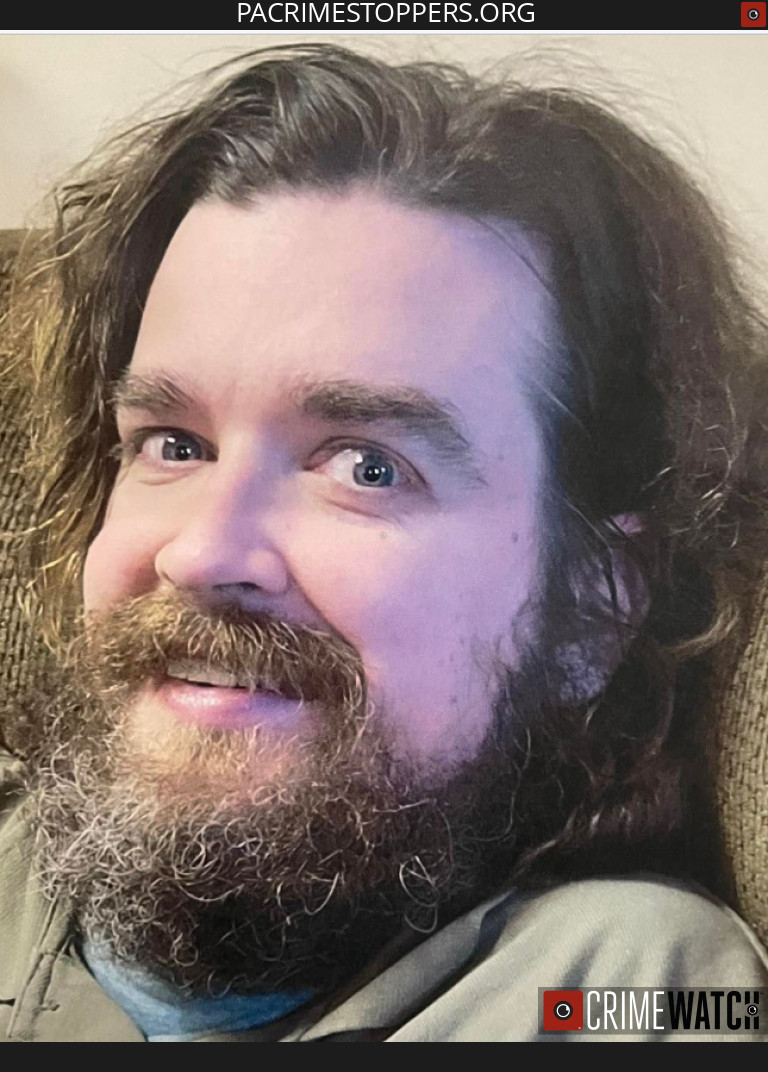 A 39-year-old man who disappeared from a Quakertown group home last week remains the subject of an extensive search by law enforcement authorities.

Police say Adam Smith walked away from the group home on Broad Street in Quakertown borough shortly after 2:30 p.m. Aug. 11.

Smith suffers from a traumatic brain injury, police said, and was last seen wearing a green or black button-down shirt and green or tan shorts.

He is described as a white male who is approximately 6 feet tall, weighing 160 pounds, with long, brown hair and a full beard.

Pennsylvania Crime Stoppers publicized Smith’s disappearance Wednesday and shared several recent photos of him, including security images taken on the day he vanished.

Anyone with information about Smith and his whereabouts is being asked to please contact Det. Matthew Molchan of the Quakertown Police Department by calling (215) 536-5002. Tipsters can also anonymously contact the Pennsylvania Crime Stoppers at 1-800-4PA-TIPS (8477) or share a tip online. All callers to Pennsylvania Crime Stoppers remain anonymous and could be eligible for a cash reward for information that leads to an arrest, the solving of a crime or the location of a wanted person or missing person.

Earlier this week, Hellertown Police Chief Robert Shupp announced the borough’s participation in Project Lifesaver; a program that distributes locator bracelets to families that need them, including families of individuals with traumatic brain injuries.

Police and Pennsylvania Crime Stoppers circulated this surveillance photo of Smith wearing the clothes he was dressed in when he disappeared from his home in Quakertown on the afternoon of Aug. 11.

Police and Pennsylvania Crime Stoppers circulated this surveillance photo of Smith wearing the clothes he was dressed in when he disappeared from his home in Quakertown on the afternoon of Aug. 11.