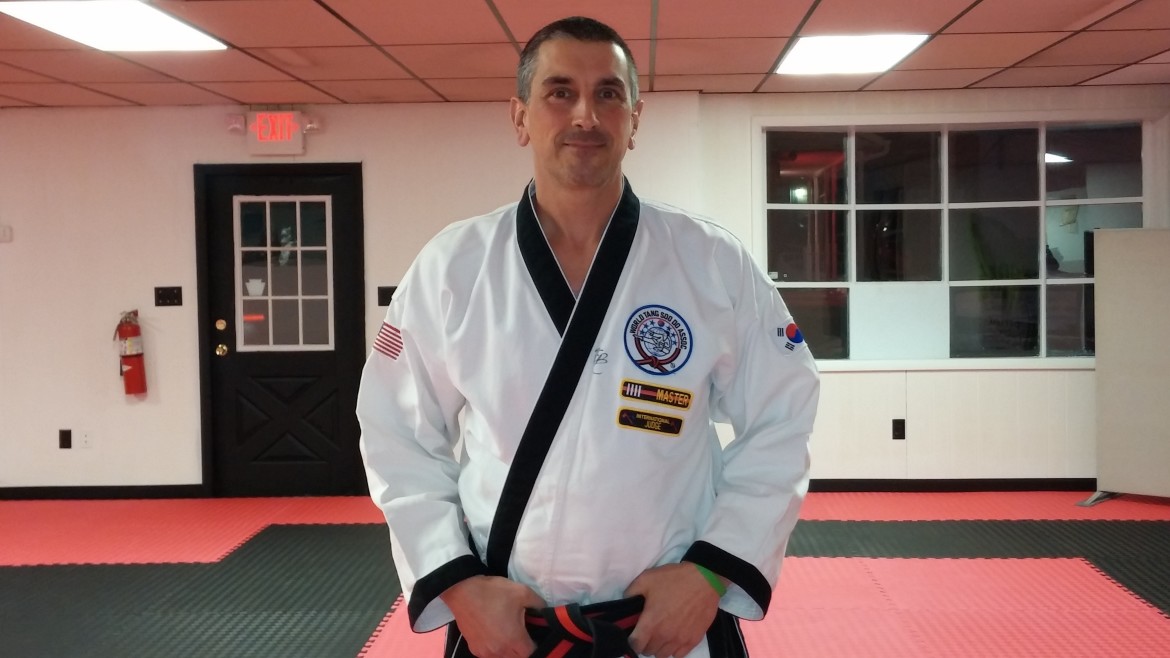 A studio that specializes in teaching little ones to adults the ancient Korean martial art of tang soo do has opened on Water Street in Hellertown, in a building that formerly housed a consignment shop. 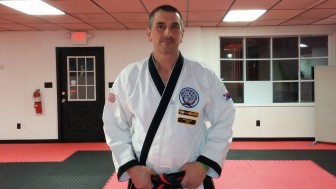 Owner and fourth degree black belt Master Phil Geiter said in a recent interview that tang soo do is essentially a Korean form of karate.

A more detailed explanation is found in a brochure about the sport that Geiter has created.

According to the brochure:

Tang Soo Do is a traditional Korean martial art whose roots can be traced back almost 2,000 years. It incorporates hand and foot techniques, self defense, traditional forms (hyungs), sparring, and weapons training which help build a strong, well-rounded martial artist. The goal of Saucon Valley Tang Soo Do is to build an atmosphere within the studio for all students to have a place they can train knowing they are putting in positive time and effort towards improving their lives and the lives of those around them.

Geiter began teaching tang soo do at the Saucon Valley Community Center in Hellertown, but eventually outgrew that space and decided to find a permanent home for his business in the borough.

“I think this location is going to do wonders for us,” he said, noting the high level of visibility and his plans to install a sign in front of the building along Water Street. 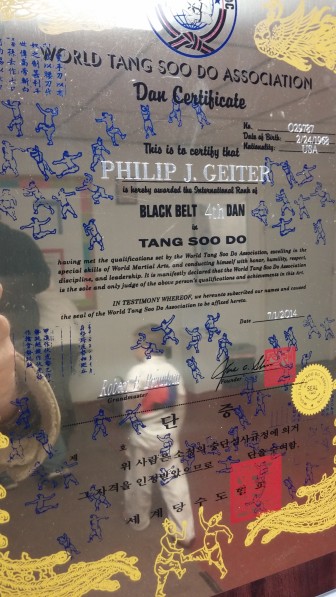 Geiter began studying martial arts at the Bethlehem YMCA after he graduated from high school in 1986. A fan of Chuck Norris films, he approached a neighbor who had a black belt and asked him, “How do I start karate?” he recalled.

That neighbor eventually became his instructor and boss, with Geiter–who also owns a remodeling business–serving as an assistant instructor in his studio.

It was about a decade ago that he decided to branch out on his own, after earning his fourth degree black belt.

“That’s when things were really changing for me,” he remembered. “I was really energized.”

Geiter stressed that more than just punching, kicking and breaking boards in half, tang soo do is about confidence, which is something he instills in his young pupils.

Saucon Valley Tang Soo Do has 30-minute classes for four and five-year-olds and six and seven-year-olds (its “Tiny Tiger/Little Panther” program), as well as 45-minute classes for seven to 12-year-olds. The studio’s one-hour adult class is for anyone aged 13 or older, and additional classes are offered to students who have been training for six months or longer. There’s even a special class just for parents.

All of the classes are open enrollment, and anyone who’s considering enrolling is welcome to come to the studio to observe or take a free trial class.

While not everyone who studies tang soo do is destined to become a master like he is, Geiter stressed that in time, “a black belt and a positive attitude are attainable for everyone.”

Another benefit of tang soo do is that it’s a lifetime sport that can be practiced well into one’s 70s or 80s.

Geiter currently has about 45 students enrolled in classes at Saucon Valley Tang Soo Do, including many from the Saucon Valley and Southern Lehigh areas. Many of the kids’ classes are scheduled on Mondays and Wednesdays.

And the family-friendly classes are generating rave reviews from parents like Damian Botts of Bethlehem.

“I have two kids here and it’s been wonderful for their confidence,” he said. “It’s a wonderful program.” 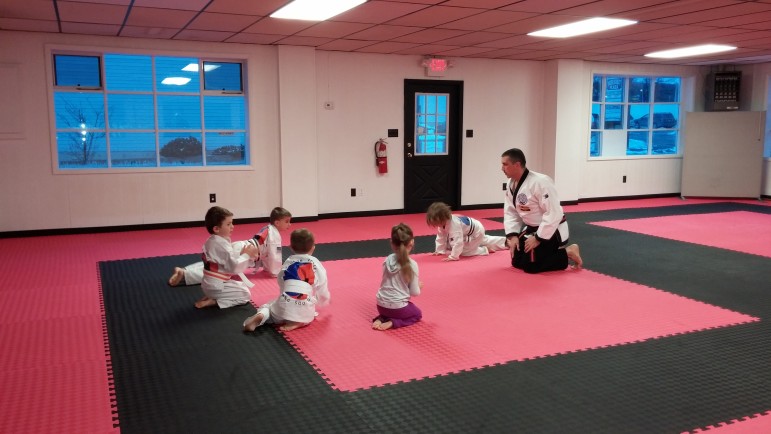 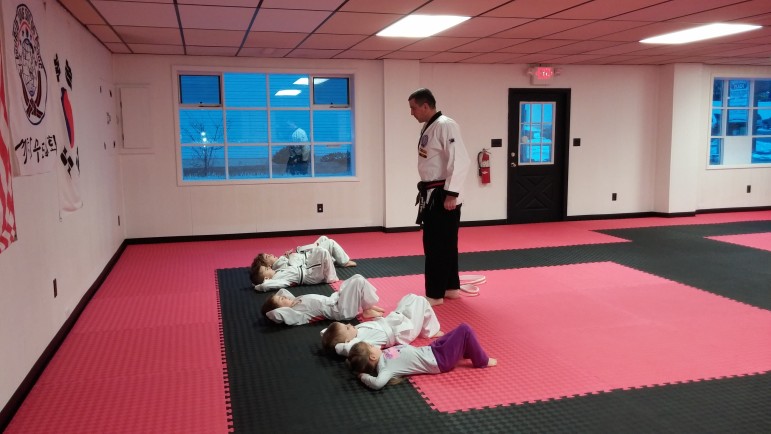 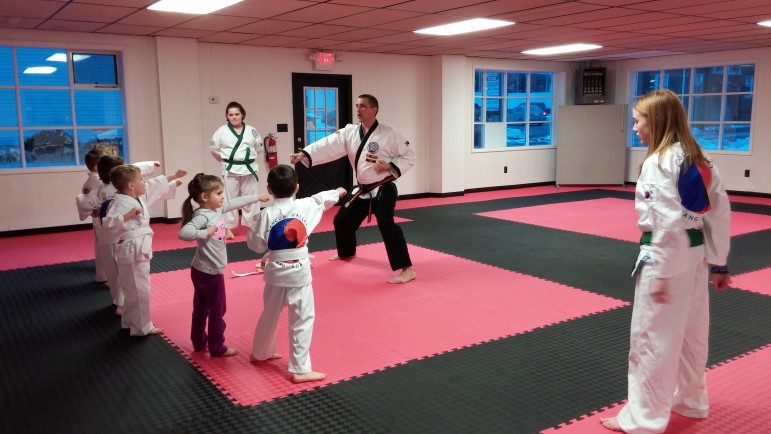 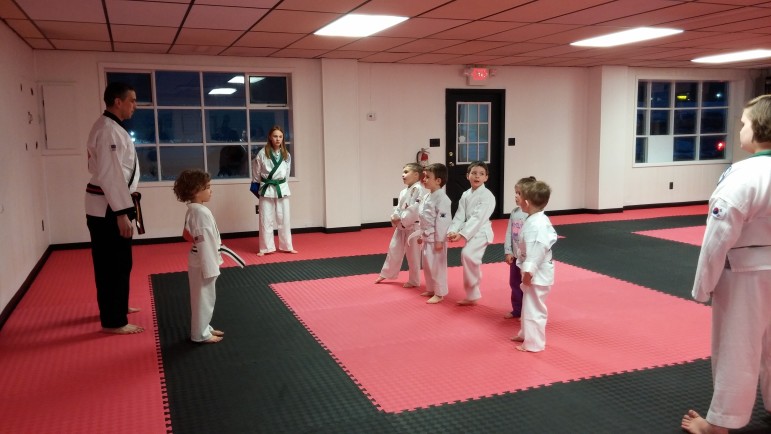